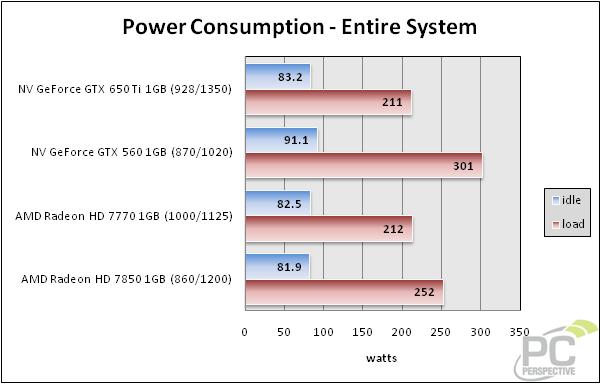 While its easy to see I wasn't really impressed with the performance of the GTX 650 Ti in our benchmarks, it's hard to argue the performance and efficiency of the Kepler designs.  Here you can see that under a full load, the GTX 650 Ti is using 90 watts less power than the GTX 560 and 40 watts less than the Radeon HD 7850.  In fact, it uses the same power as the HD 7770, one of the best perf/watt GPUs when it was released, even though it performs better in all of our gaming tests. 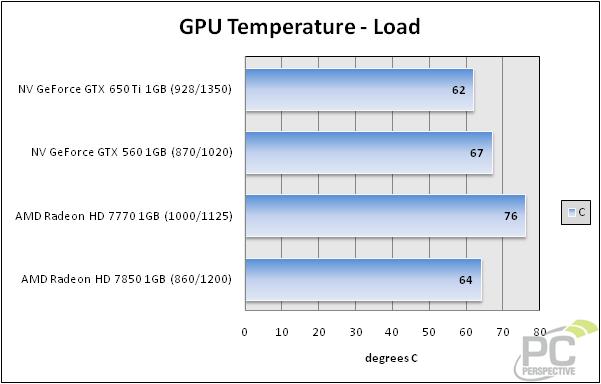 Interestingly, using the reference cooler, the GTX 650 Ti was the coolest GPU of the four cards here.  Note that the Radeon HD 7850 1GB was utilizing a custom cooler from MSI's Twin Frozr line. 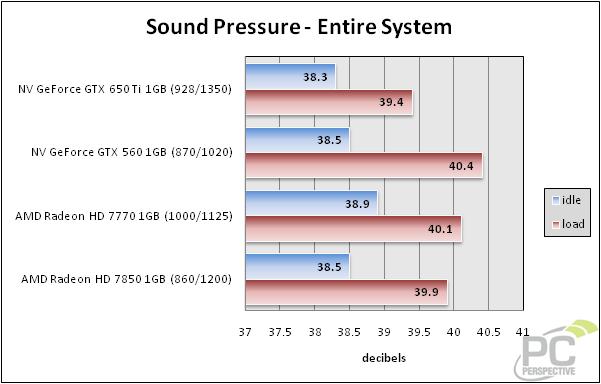 Also good news, the reference cooler on the NVIDIA GeForce GTX 650 Ti was the quietest in our test suite at both idle and load.  While we have some concerns about the GPU in terms of gaming performance, it would appear to make a great HTPC discrete upgrade with lower power and lower noise than most other cards on the market.