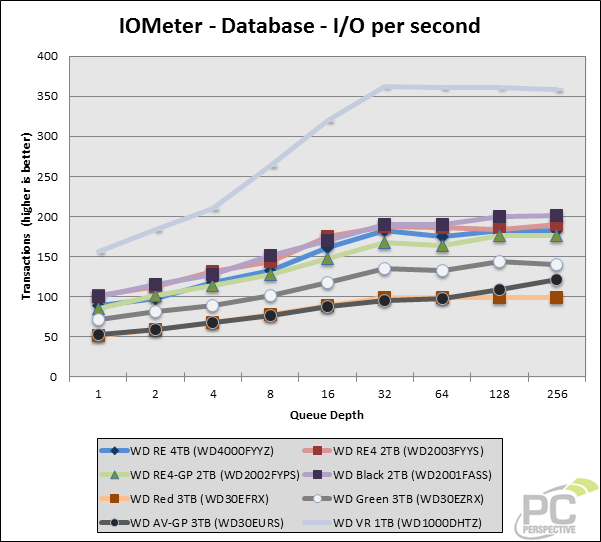 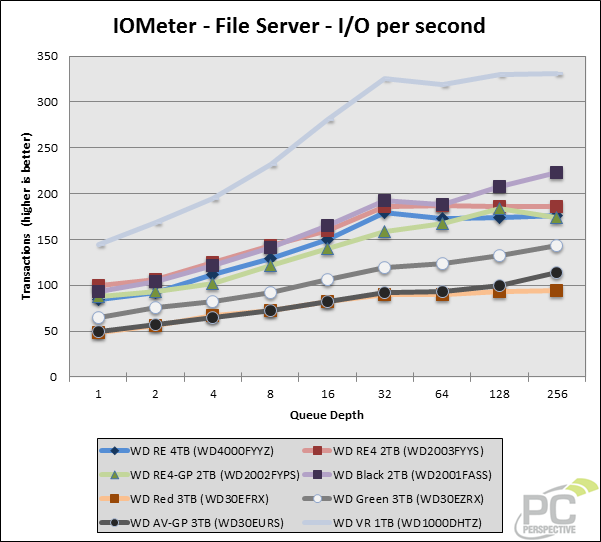 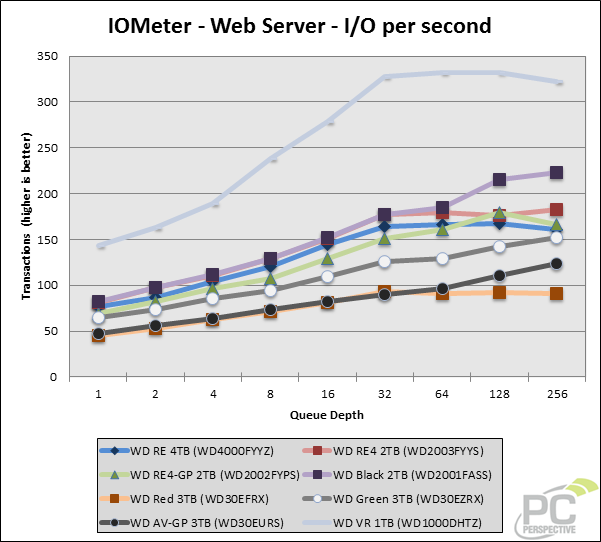 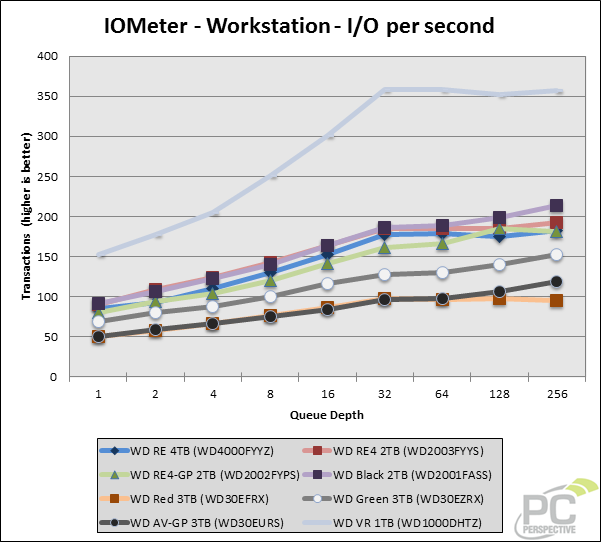 Here we see the RE performs well, but is outpaced slightly by the RE and Black, both running at the same RPM. The increase in platter density doesn't help overcome the marginally longer seeks of the new RE. Each seek stacks up, becoming amplified slightly as the test progresses and more IO's are stacked up on the drive logic.