External device testing was done against the USB 2.0, USB 3.0, and eSATA ports using conversion cables to connect the SSD. The SSD was connected to the internal SATA II and SATA III ports as well. The SATA device ports were set to work in AHCI mode in order to optimize SSD device operation. All tests were run 3 times with the highest repeatable read and write scores recorded in MB/s values. 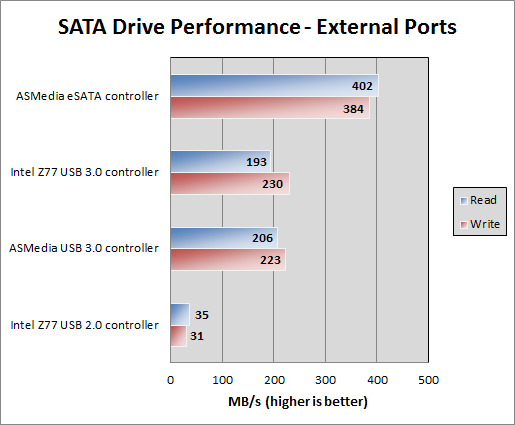 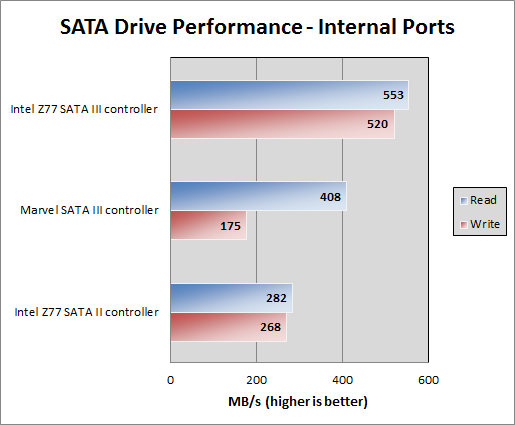 No unexpected surprises in the internal device port tests. The Intel Z77-based SATA ports saw read and write performance maxing out the SSD device specifications in both SATA II and SATA III device configurations. The Marvell controlled port showed promise with its read performance, but showed sub-par write performance with it falling below even that of the Intel-based SATA II ports. 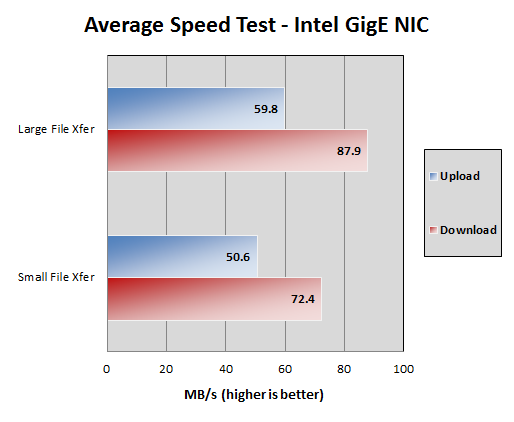 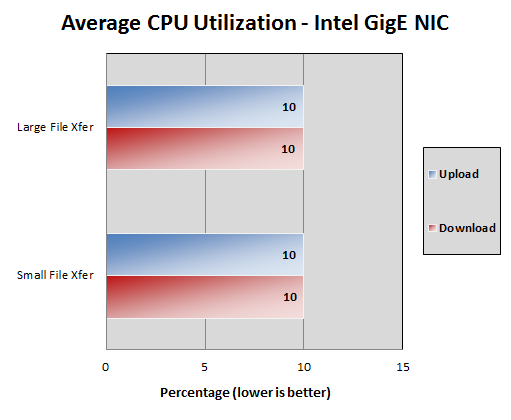 The Intel GigE network controllers performed well within expectations with the large file results beating out those of the small file results. For both file sets, download speeds exceeded upload by 20 MB/s or greater with the best performance seen during the large file download testing. In respect to the theoretical maximum throughput of gigabit Ethernet ports of 125 MB/s, both the small file download average of 72 MB/s and the large file average of 87 MB/s are praiseworthy. In all cases, the average CPU utilization remained at or under 10%. 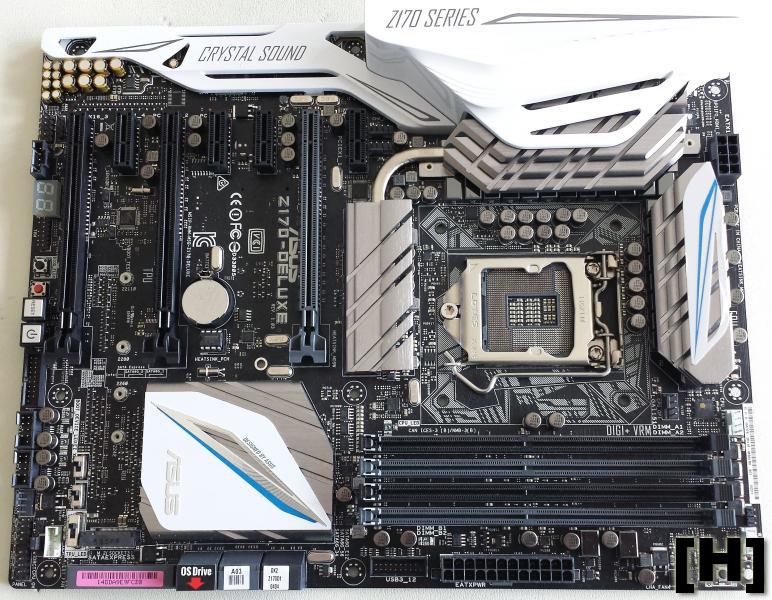 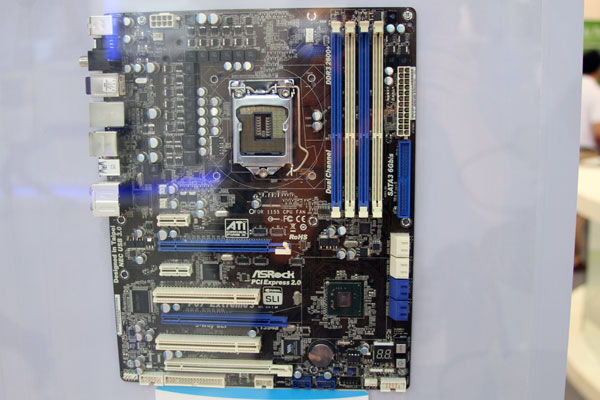