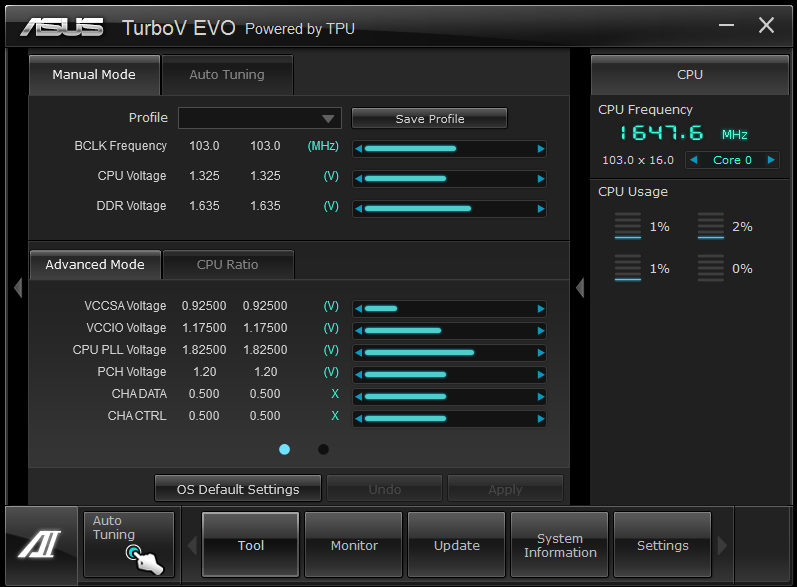 ASUS paired the P8Z77 WS with its Windows based overclocking software TurboV, available as part of their AI Suite II package on the install DVD. TurboV offers both a manual and automated overclocking mode, with most tweaking options available within the Windows interface that are present in the Ai Tweaker page in the UEFI BIOS. 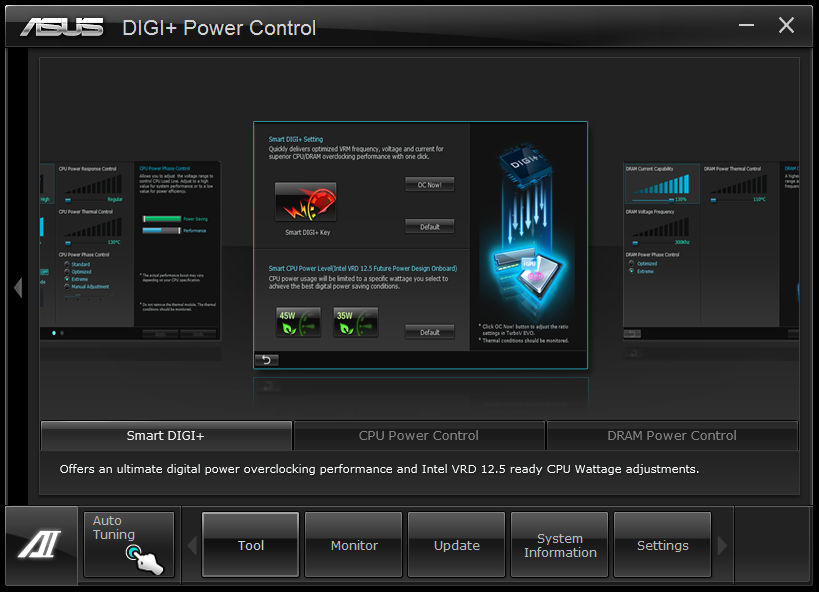 In addition to TurboV, AI Suite II contains the DIGI+ Power Control applet. This applet gives the user a Windows-based interface to modify power-related settings. Power settings can be at varying degrees of granularity for both system general use and overclock-style tweaking. 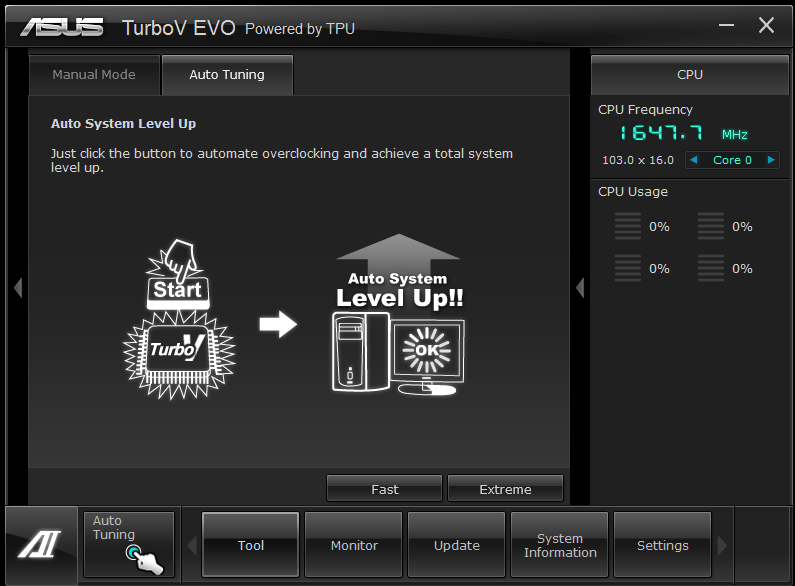 Additionally, the TurboV applet contains an Auto Tuning mode. Auto Tuning gives the user access to system-assisted overclocking with two methods available. The Fast button gives a moderate system overclock while the Extreme option attempts to push the system to its limits.

Unfortunately, the Auto Tuning applet did not function correctly for me with my Core i5 3750K processor and led to unrecoverable system lockups. I did have much better luck manually overclocking the board though the UEFI BIOS though. 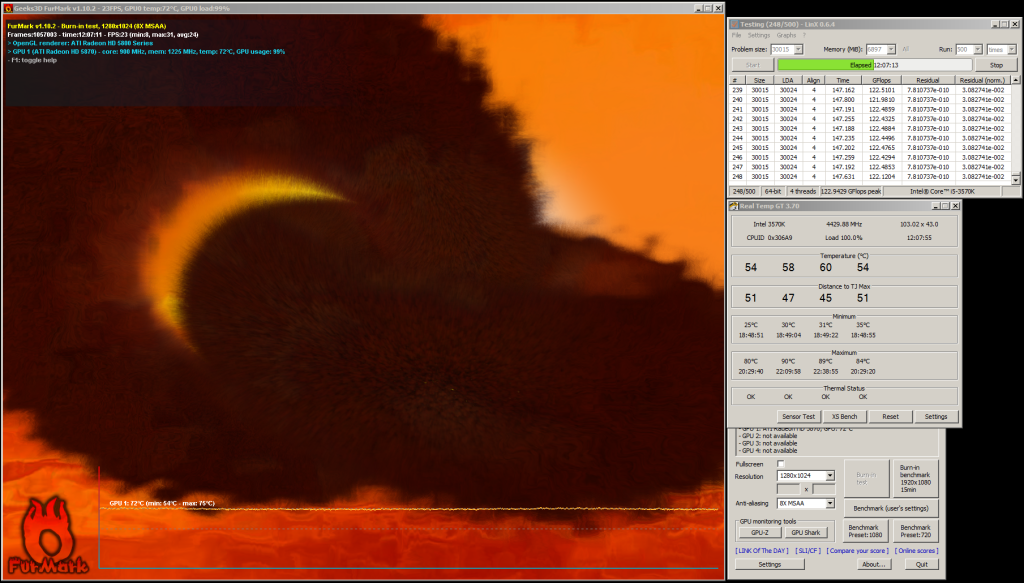 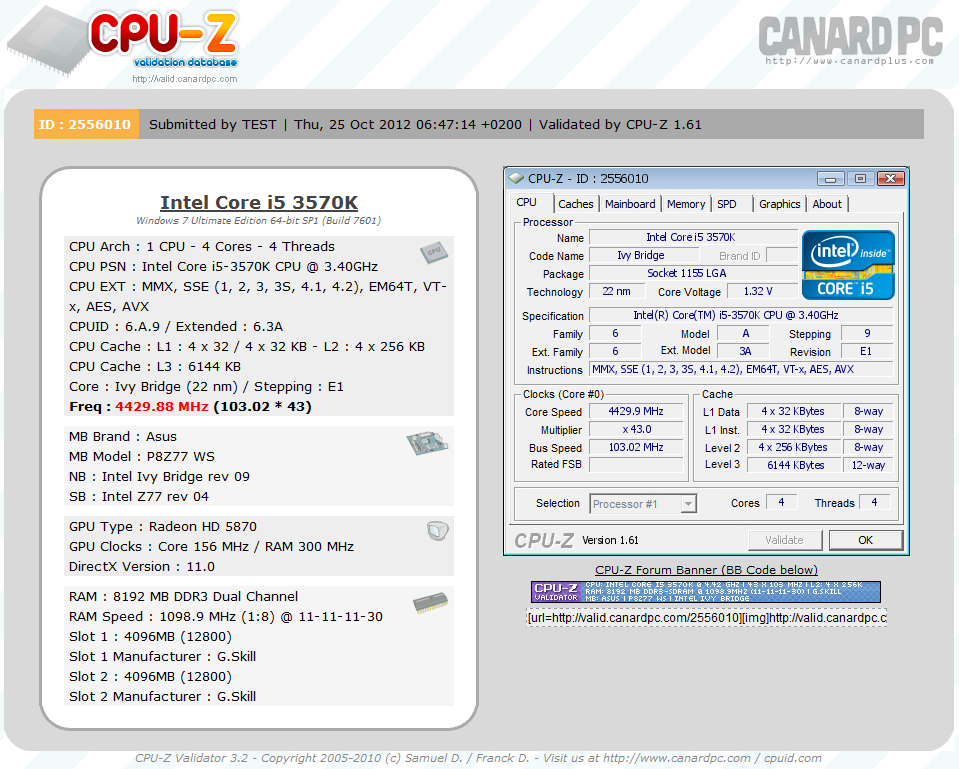 Using the Ai Tweaker tab settings in the ASUS UEFI BIOS, I was able to get the P8Z77 WS stable to a higher degree than with the TurboV Auto Tuning process. System stability was tested over a 12 hour period with LinX running for 500 loops with Memory set to All and FurMark running at 1280×1024 resolution and 8x MSAA in stress test mode. I was able to get the board dialed-in and running stable, but experienced many false starts where LinX would experience an irrecoverable error after running for 6 to 7 hours. The board stabilized at a 4.4 GHz CPU speed (43 x 103), a 103 MHz base clock speed, and a 2197 MHz memory speed using the following UEFI BIOS settings:

The CPU Load-Line Calibration setting was left at Ultra High instead of Extreme to eliminate excessive heat produced by the processor. The Extreme setting caused the CPU voltage to be over-volted by 0.05 to 0.10V when active while the Ultra High setting caused under-volting of the CPU Voltage by 0.001 to 0.05V. It was found that bumping up the base CPU voltage to compensate for the under-volting was friendlier to the overclock and CPU load temperature than allowing for the over-volting resulting from the Extreme setting.

Don’t hold it’s IGP against it