As we’ve discussed previously, wireless testing here on PC Perspective or anywhere else should always be looked at with the understanding that every location offers unique challenges to Wi-Fi connectivity and your mileage will likely vary from what we saw in our tests.  With our Lab Tests, we will have the router and wireless adapter sitting in the same room about three feet from each other.  Since we are looking at a single router in this review, we will test use both the Intel Centrino Ultimate N and the ASUS USB-N66 (at High Power setting) wireless adapters and compare their performance when connected to the ASUS RT-N56U, the Apple Airport Extreme and the ASUS RT-N66U that we’ve previously tested and reviewed. 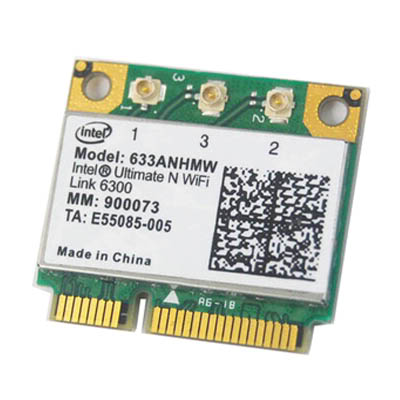 We’ll run our first wireless tests using the Intel Centrino Ultimate-N 6300 Wi-Fi Adapter (633ANHMW) in the MSI Laptop to see how the ASUS RT-N56U stacks up against the Apple Airport Extreme and ASUS RT-N66U routers.  The Ultimate-N adapter is 3×3:3 and can theoretically get up to 450 Mbps maximum speeds.  If your laptop came with an integrated wireless adapter in the last few years, there’s a good chance it contains some version of an Intel Centrino Wireless adapter.  Let’s get things rolling with the 5 GHz tests. 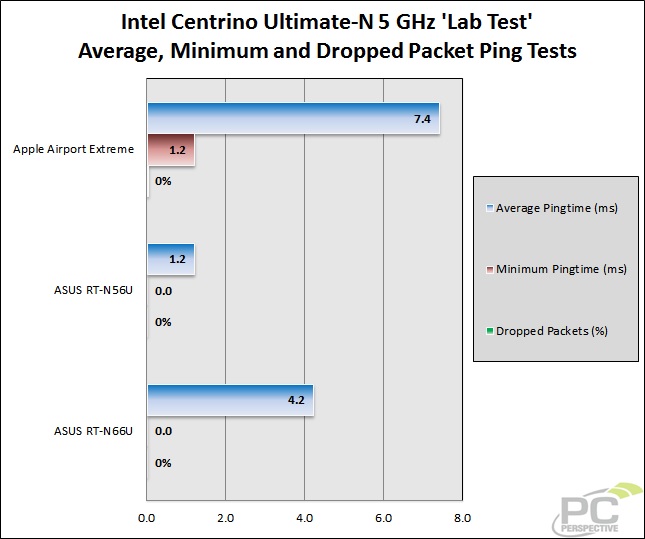 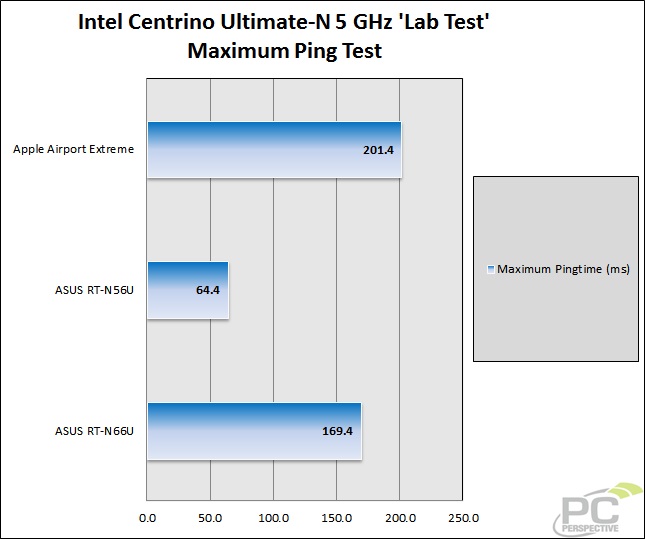 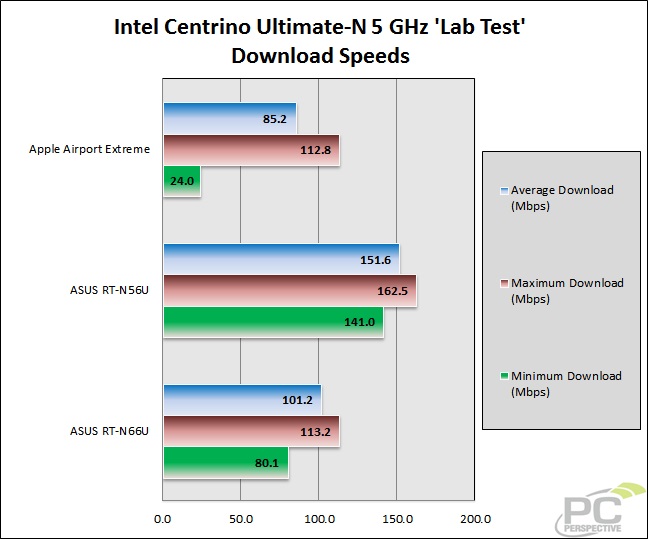 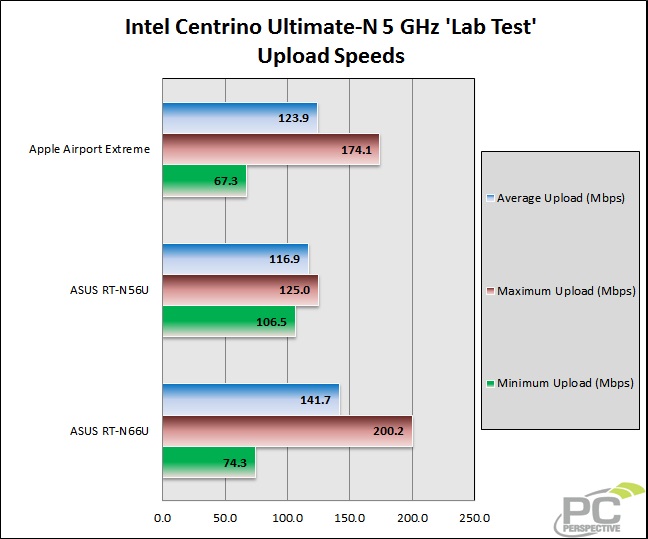 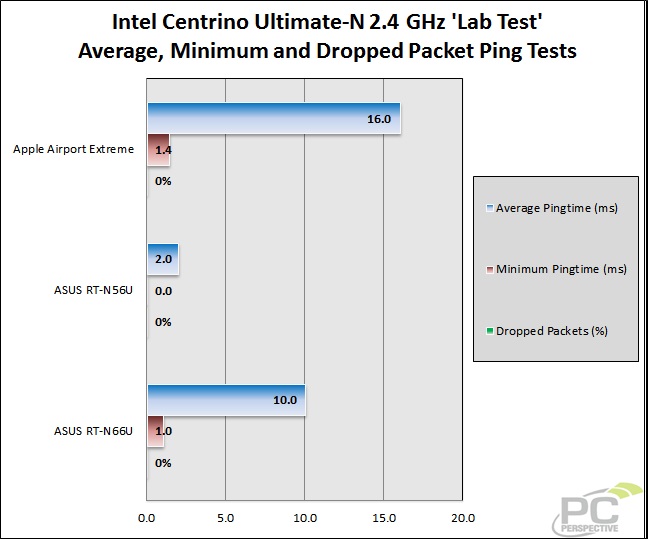 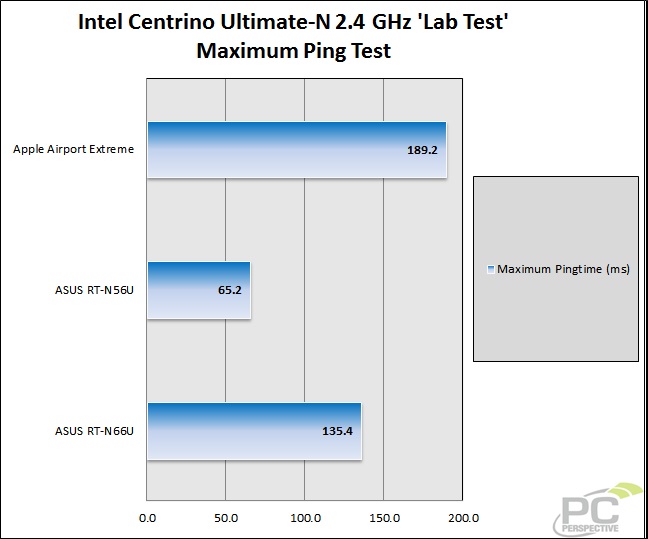 Like the 5 GHz tests, the ASUS RT-N56U clearly beats both the Apple Airport and ASUS RT-N66U in just about every ping test. 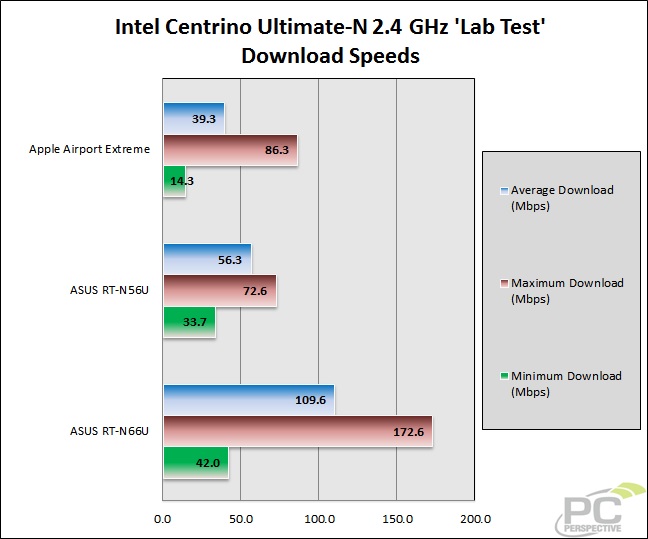 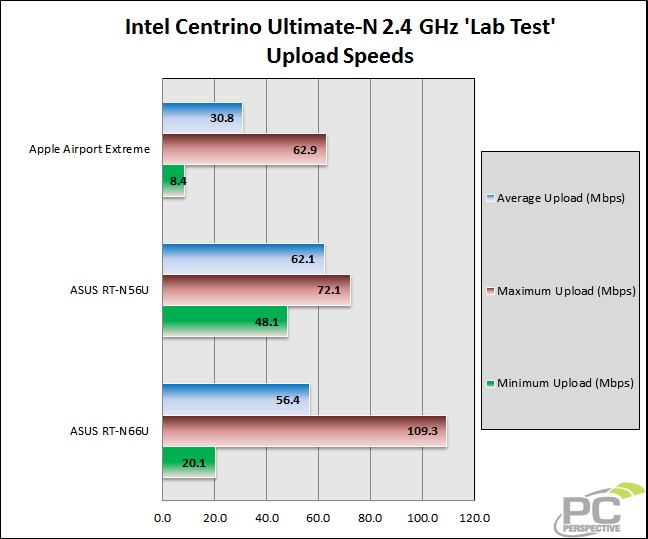 In our last set of tests for the Intel Centrino in our “Lab Test” setup, the ASUS RT-N56U at 2.4 GHz does well in the Upload speed tests.  Of all the tests, it only falls behind in the Maximum upload speed test against the ASUS RT-N66U with a speed of 72.1 Mbps versus 109.3 Mbps for the N66U. 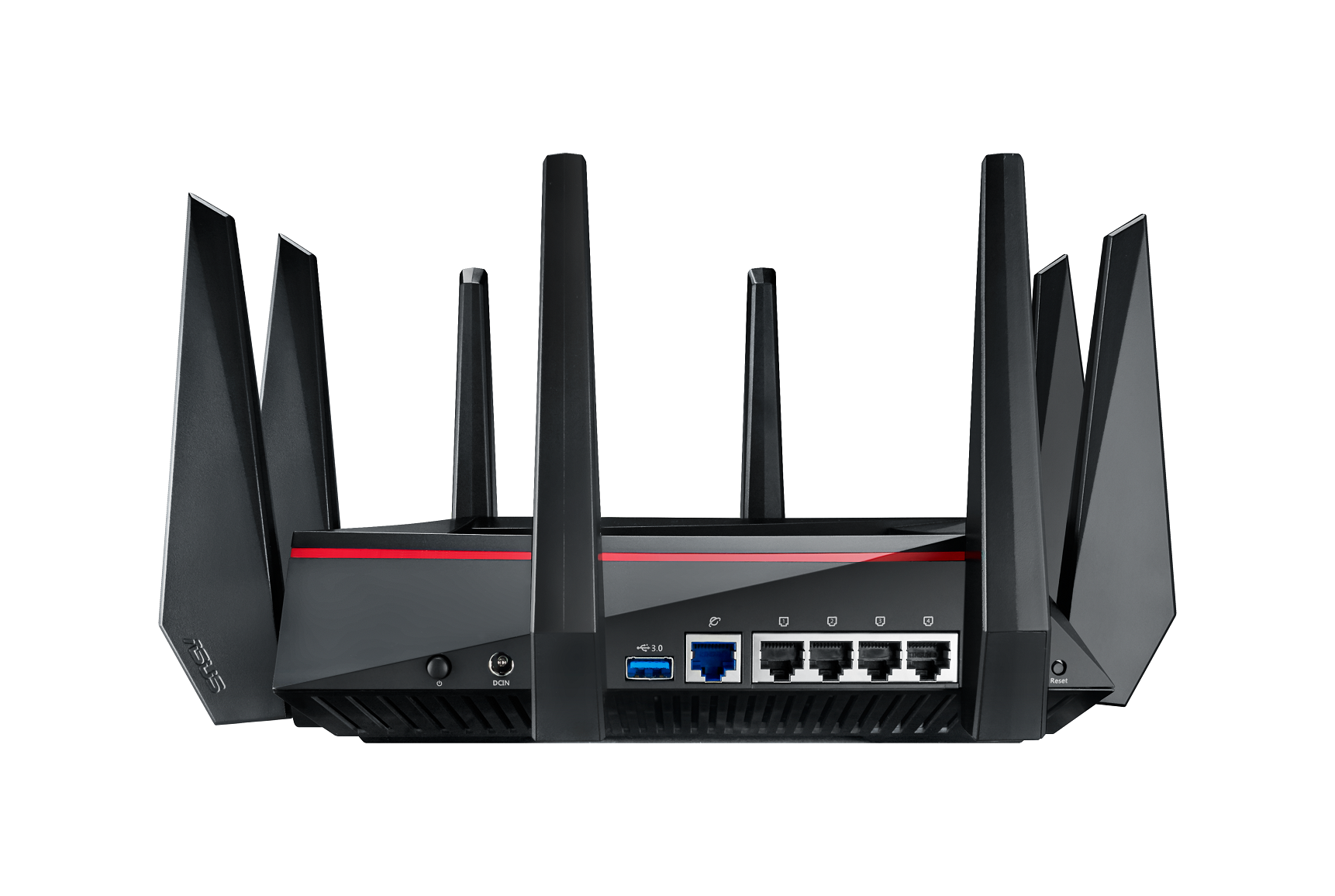 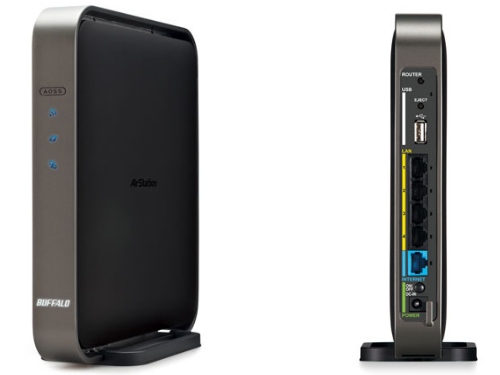