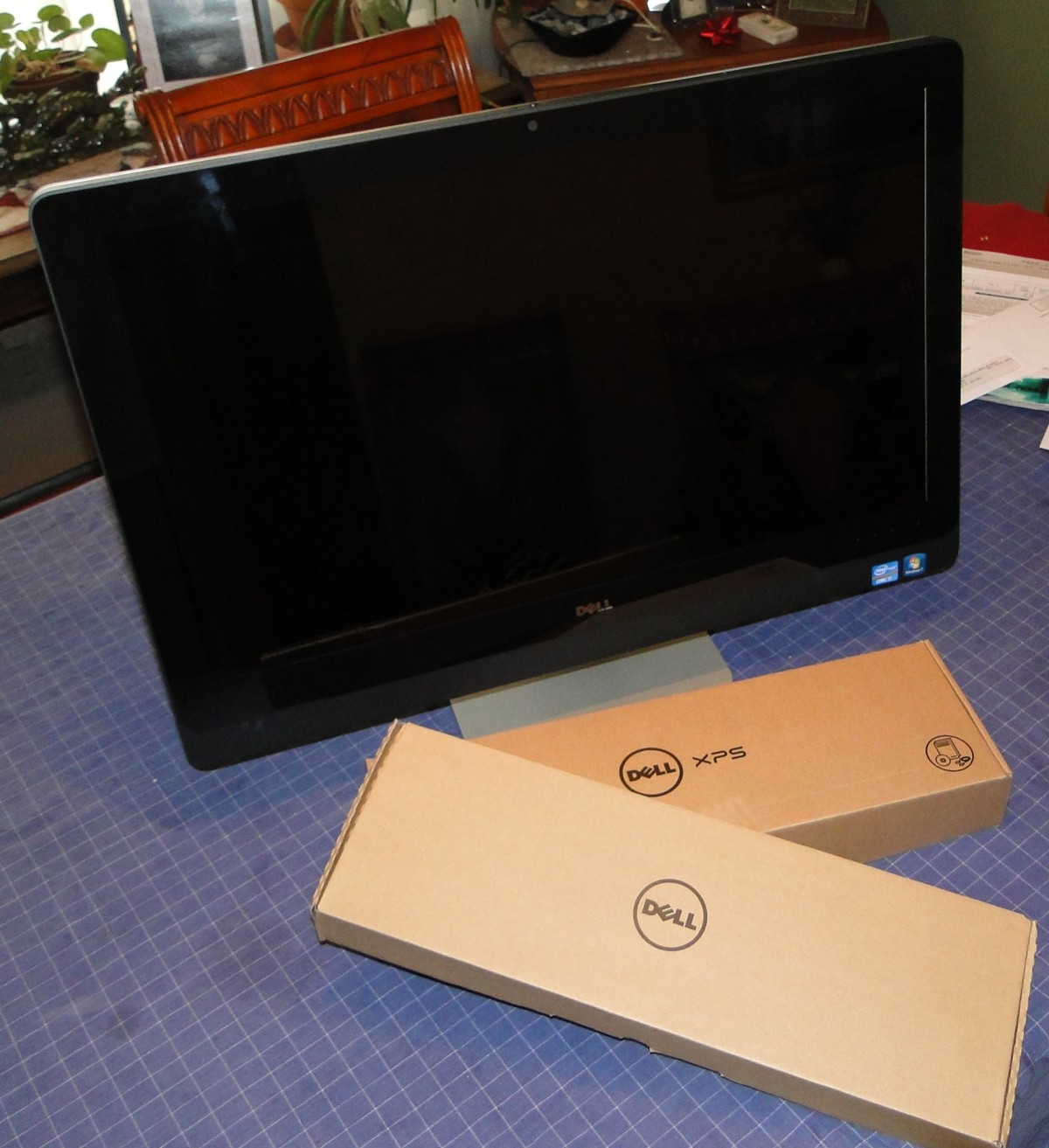 The unit is dead quiet.  It likely has some fans, but I could not hear them.  The only noises I heard were from the optical drive when in use and the hard drive at seek.  Even when running 3D applications I could hear no appreciable noise coming from the unit.  This is not surprising since it features a 65 watt TDP processor and a mobile class GeForce 640M GPU.  The back of the unit gets warm, but it uses convection to create airflow.  There is an outlet in the back of the unit towards the top, and I was able to measure temperatures up to 111.6 F (44.3 C) under load.  It does a get a bit toasty, but it certainly is not burning hot. 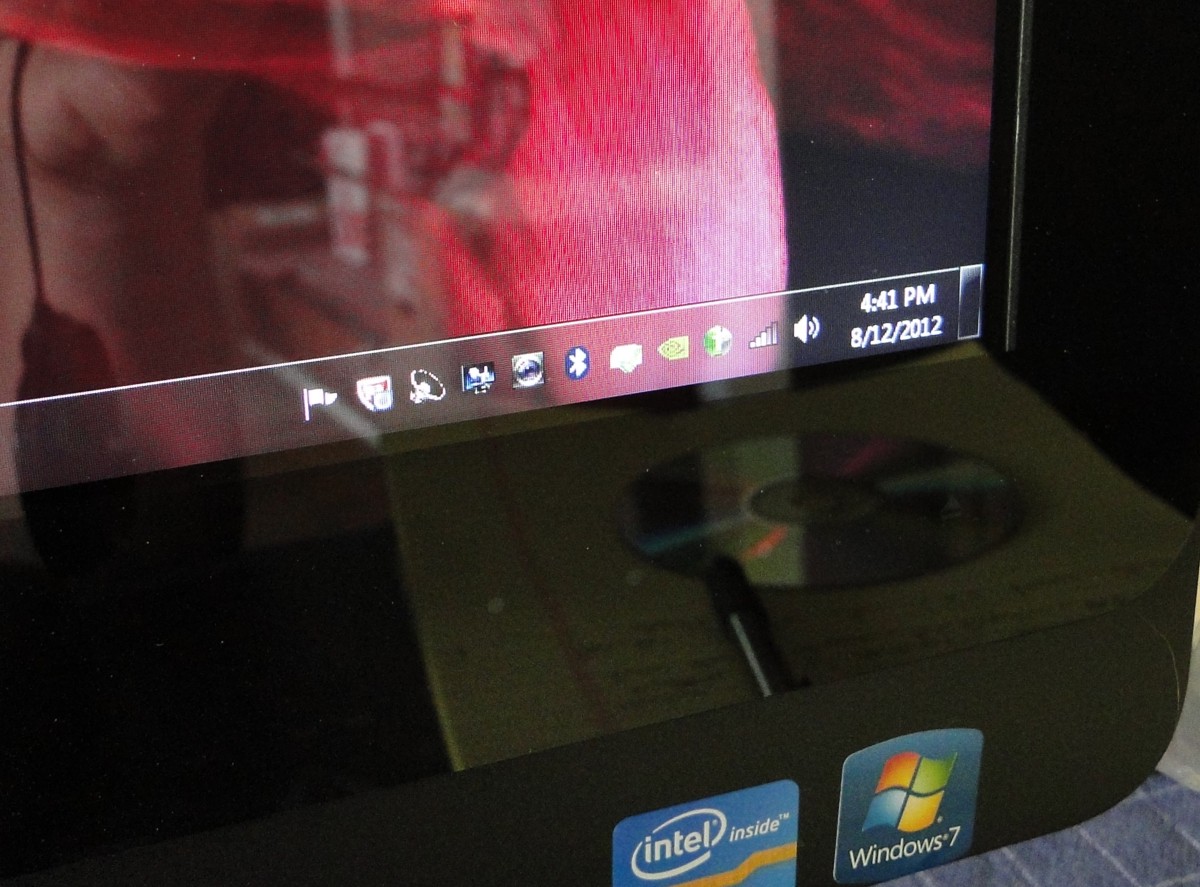 Not a horrible amount of icons upon startup.  Most are provided by Intel and NVIDIA.

Performance is right where one would expect looking at the specifications.  The i7 3770S operates at a range of clockspeeds from 3.1 GHz up to 3.9 GHz, depending on usage.  Any kind of standard desktop work just flies on this machine.  Photo editing, video editing, and any kind of number crunching benefit from the four core, eight thread i7 3770S.  It also enables the use of Intel’s QuickSync technology for fast video transcoding.

The NVIDIA GeForce 640M is Optimus enabled, so in regular desktop applications the integrated Intel graphics portion is active.  When a program that requires a little bit more muscle is run, then the 640M takes over.  This is a nice little boost over the integrated part, but note I said little.  The 640M does not have the horsepower to run modern games at the 2560×1440 resolution.  I attempted Skyrim at that resolution with 4X AA, 16X AF, and no FXAA enabled and I was getting frame rates in the middle teens for the most part.  It was very unplayable, but it at least looked pretty good.  To run any kind of modern game the resolution needs to be set at 1080P for older games, and for more cutting edge titles then I would recommend something quite a bit lower.  This machine is not meant to be a gaming powerhouse.  It simply will not run at smooth frame rates with high quality levels at the native resolution of the monitor. 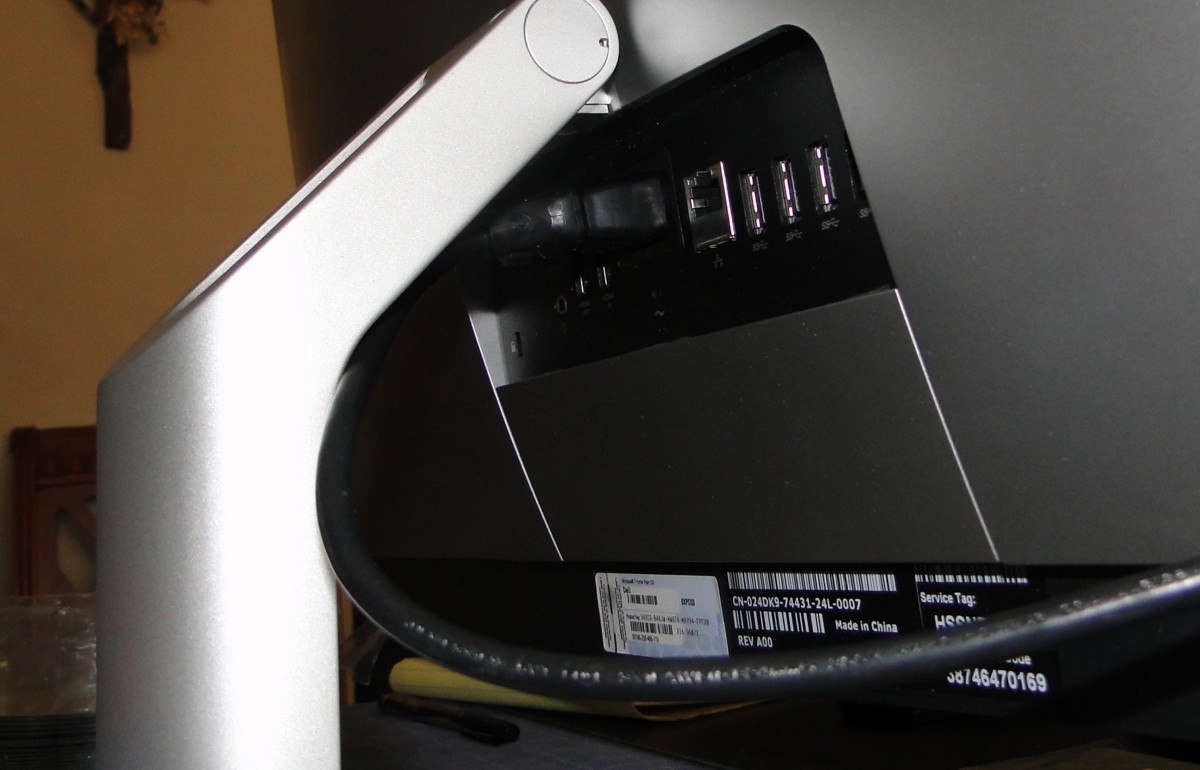 One cable to make it all go.  Minimalists rejoice!

Movies were also somewhat problematic with this machine.  It is bundled with Cyberpower’s Power DVD 9.5 which also supports Blu-ray playback.  Full resolution playback at 1440P was not supported.  The resolution on the monitor had to be lowered to 1080P for both DVD and Blu-ray titles to run.  Another issue is that Power DVD 9.5 is not exactly new.  The other annoying issue I had with this program was that it would crash after a movie was paused.  Users certainly can download other playback software, and I would highly suggest it considering how PowerDVD acted in this case.

This was my first system review as a whole.  It certainly was a learning experience as compared to reviewing individual parts that then go on to make the whole.  As such we need to focus on overall design, fit and finish, and functionality.  Performance is of course very good due to the CPU being used in this particular model.  3D performance is merely adequate due to the thermal and power considerations of the design.

The overall design of the XPS 27 is very reminiscent of the Apple 27” products that we have seen in the past.  Dell tweaks a few of the characteristics so that it easy to distinguish itself from the Apple product.  I personally find it an attractive and wholly functional unit, but it of course lacks any kind of upgrade ability.  As the years go by, users could find that the 3D performance is simply not enough to keep up with even casual games that do require 3D acceleration of some kind.  That is a few years down the road, but when dealing with a monitor that features the 2560×1440 resolution it is certainly a consideration.

Dell has a very clean install and there are very few junk programs in attendance.  Now that McAfee is owned by Intel, it is also not nearly as annoying as it was in the past when asking for money.  There are no software bundles non-native to Windows 7 that are included, such as a lite version of Office.  The video playback software is not impressive at all.  Users will want to do something about that, but if a user is not entirely familiar with video playback software then it could be a very frustrating situation for them trying to figure out why their videos are not playing at 1440P or why the application crashes when paused.  Of course, Youtube, Netflix, and Hulu do not show such issues and any kind of streaming video worked perfectly. 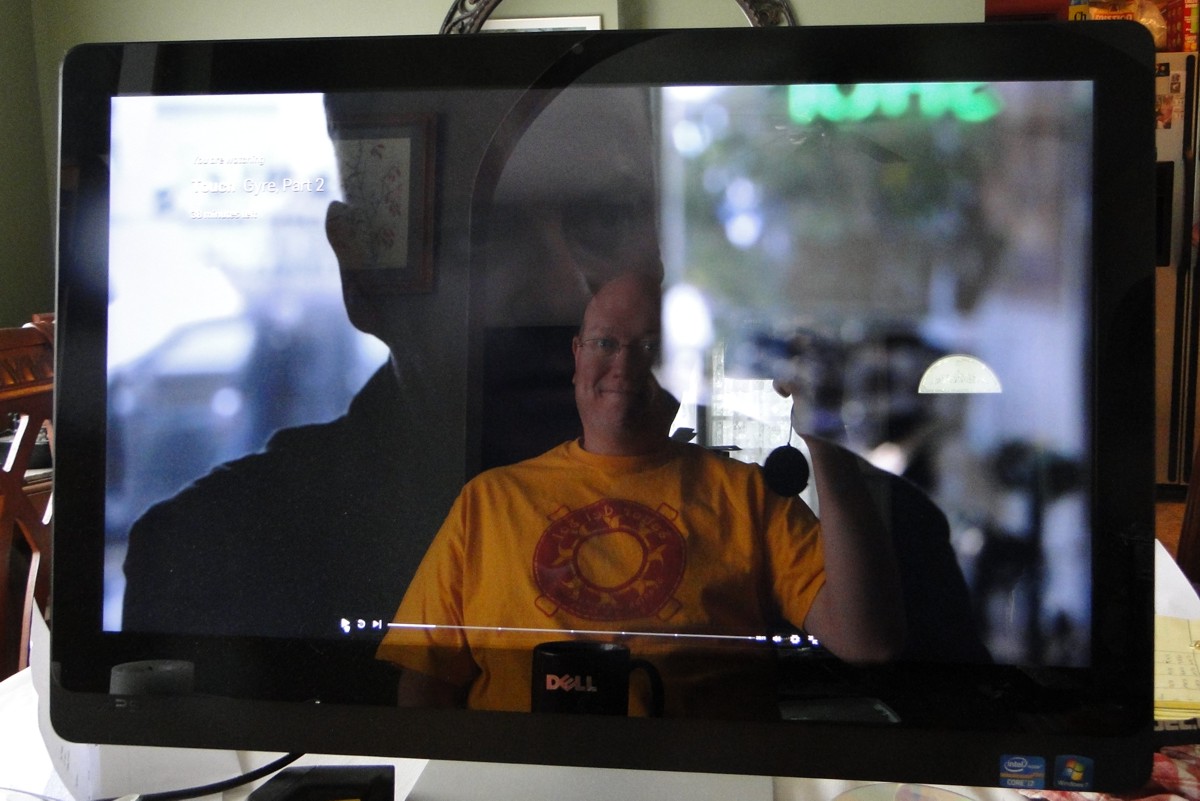 How reflective is the monitor in a standard lighting environment?  Yeah, I'm not all that pretty.

For the several months I have had this for testing, the unit worked perfectly.  I had no issues other than the video playback problems I encountered.  CPU performance is excellent while 3D graphics performance is merely adequate.  Drive performance was pretty good.  The 2TB spinning drive was quick and the 30 GB cache drive really smoothed things out while not driving the price up dramatically.  This particular combination is becoming quite popular with consumers and enthusiasts alike who want the larger drive space as well as the snappy performance of a SSD.  It is not perfect and not as fast as a large standalone SSD, but it is a good compromise.

Pricing is obviously a concern for users these days.  The model I have was priced at $1999 US, while the current model with Windows 8 and is touchscreen enabled is $2099.  This is a good chunk of change for most people, though historically speaking it is not too bad.  When compared to an Apple product with similar specifications it is going to come in a few hundred dollars cheaper.  Users will not complain about desktop application performance with 8 GB of memory and a i7 3770S, but this will not be a hardcore gaming rig.  The basic 27” model comes in at around $1400, but it features no secondary graphics adapter, a lower speed i5 processor, and no SSD cache drive.  It does feature the same lovely PLS based panel though.

Solid construction, excellent CPU performance, and that big PLS panel make the XPS One 27” a tempting product for those that can afford it and will not be using it for heavy 3D applications.  Those wishing a more budget route will want to shop elsewhere.  Same with those wanting to play games.  Obviously this product appeals to those users who want an attractive and fast computer, but do not want to pay the Apple tax.  This niche does in fact exist, as not everyone wants to run OSX.  For those people this product is very attractive.  Pricing is obviously much more steep as compared to building one themselves, but most people do not have the ability to design and construct a product like the XPS One.

Dell has a very nice machine on their hands.  It is not for everyone, but for those looking for such products it offers a lot of positives.  Now that the newer models have Windows 8 and touchscreens, it adds to the value of these products.  Though I am honestly curious as to how the glass on the touchscreen enabled products will perform when it comes to fingerprints and dust.  I guess that will have to be answered another day.

Move over Eee Keyboard, this Linux Keyboard PC is only $99

A few problems at the start, but a nice finish