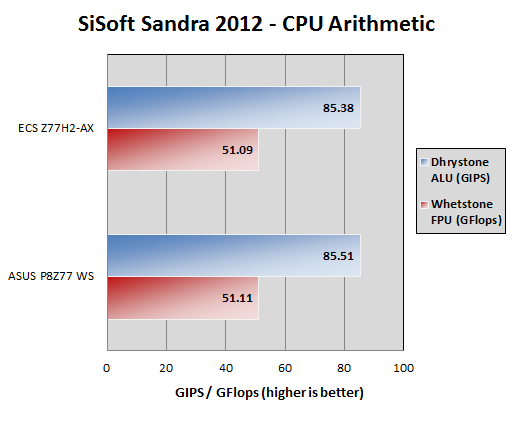 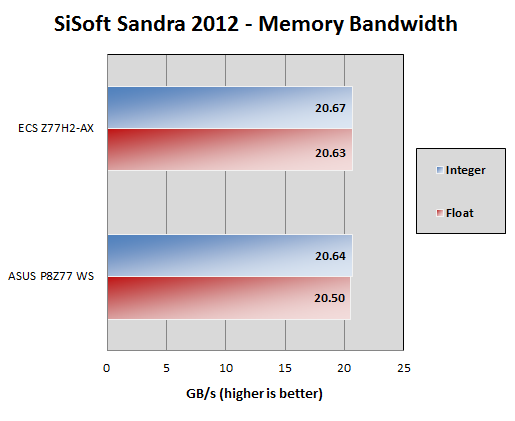 For the SiSoft Sandra-based CPU arithmetic and memory bandwidth tests, the Z77H2-AX matched performance with the other Intel Z77 system. These results indicate that everything is in solid working order for the CPU and memory subsystems. LinX LinX is a graphical interface for CPU-based testing using the Intel Linpack benchmarks. It serves as a good indicator of proper system CPU functioning and is considered one of the most intensive CPU benchmarks currently available. LinX was run with Memory set to All and for a total of 3 runs. This test was repeated three times with the highest repeatable GFlops (Giga-Floating Point Operations Per Second) score recorded. 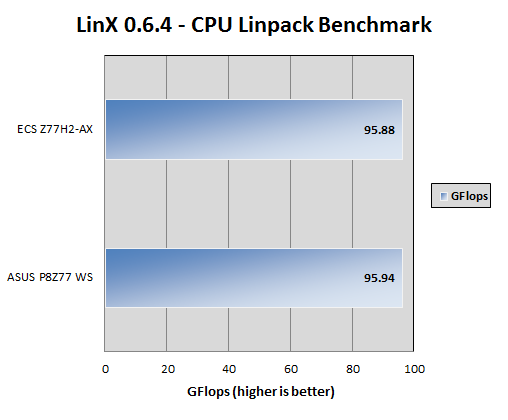 The Z77H2-AX continues to perform well when compared to the other test system, further illustrating a properly working CPU to board interface. Handbrake Handbrake was used to convert an uncompressed version of the Iron Man Blu-ray movie in MKV format to a compressed 720P MP4 format. The Iron Man MKV file was ripped from the Blu-ray disc in the past with the file size for the uncompressed media coming in at 26 GB. Handbrake was run with default settings enforced with the exception of Anamorphic set to Loose and Video width set to 1280. 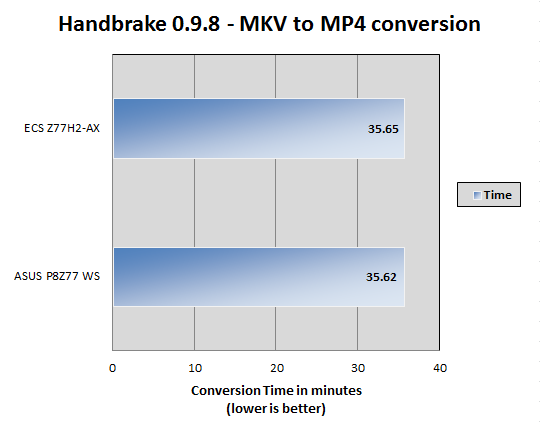 Again, the Z77H2-AX shows its muster in comparison to the other Z77-based system with a 35 minute encode of the 2+ hour movie file. This is especially telling since video encoding is one of the more intensive system operations. PCMark 7 Basic FutureMark Corporation’s PCMark 7 can be used to reliably ascertain a given system’s performance in a Windows 7-based non-gaming type use environment. The basic version of the benchmark test was run three times, with the highest reproducible PCMark score recorded. 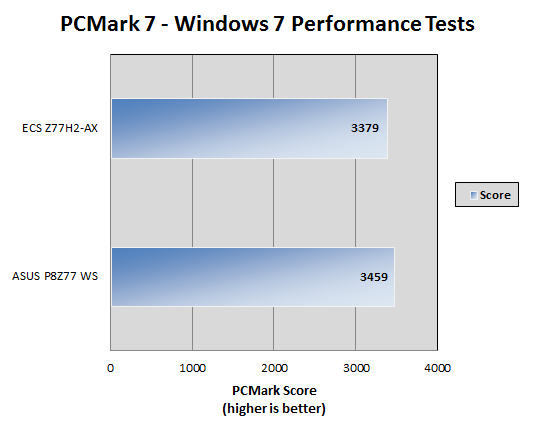 While the Z77H2-AX lags just slightly behind the comparison system, it still shows a strong score in this business app-based benchmark. 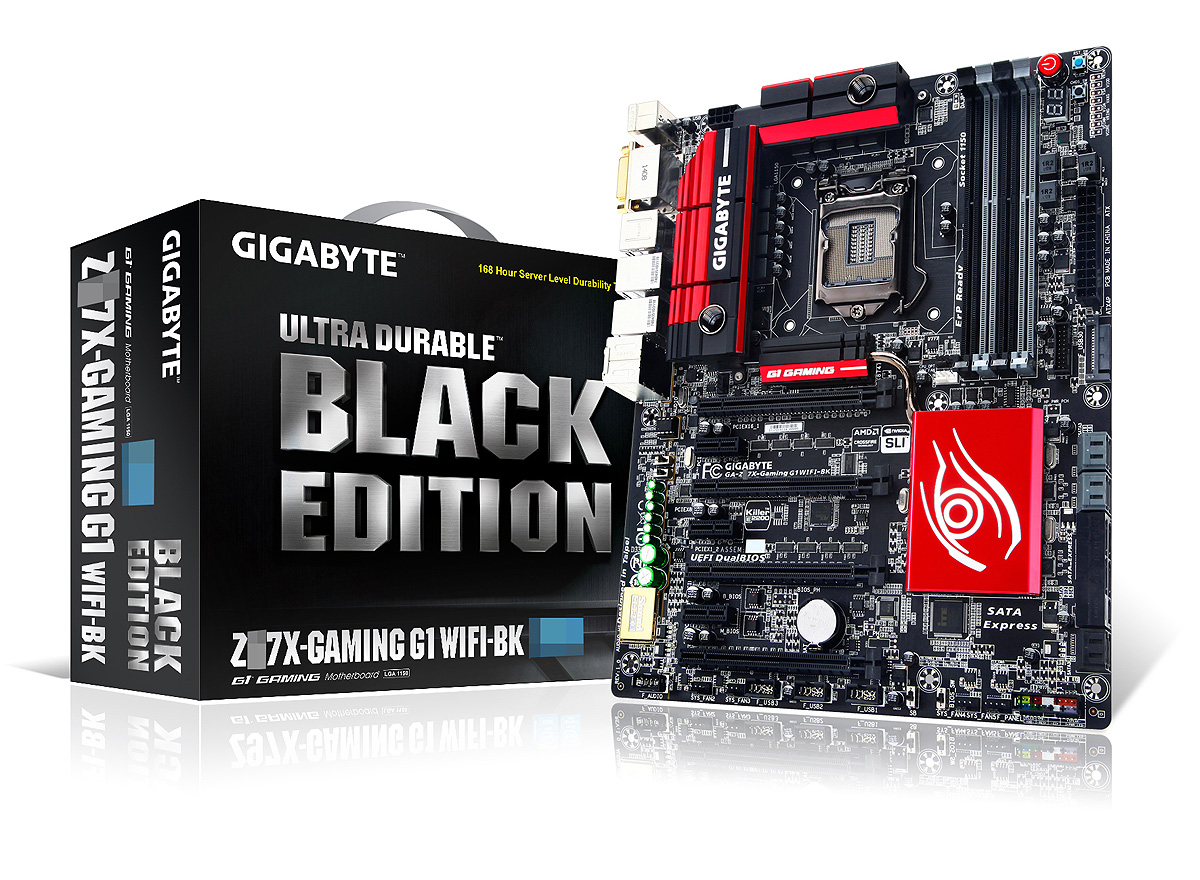