Because the CPU isn't an unlocked part, we were limited in our multiplier overclocking (maximum of 37 based on what we saw) and had to mix in a bit of bus clock increases as well. 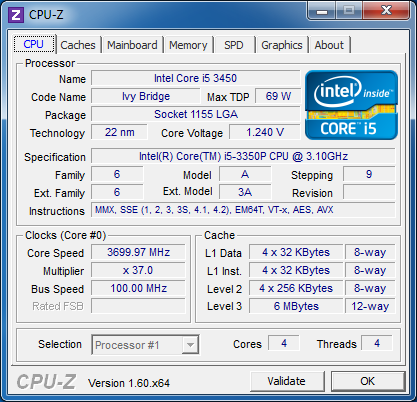 That multiplier allowed me to hit 3.7 GHz with all cores powered up pretty easily. 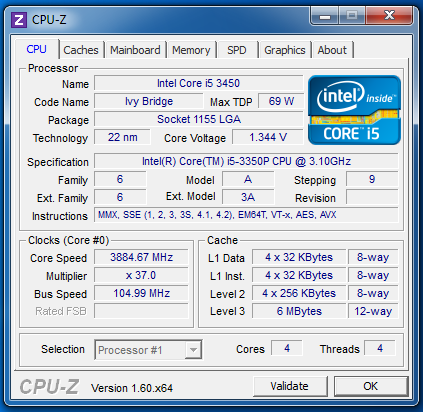 I was able to hit a clock speed of 3.88 GHz with all four cores (an 780 MHz increase over the base clock), completely stable, with a 37x multiplier and a 105 MHz base clock. 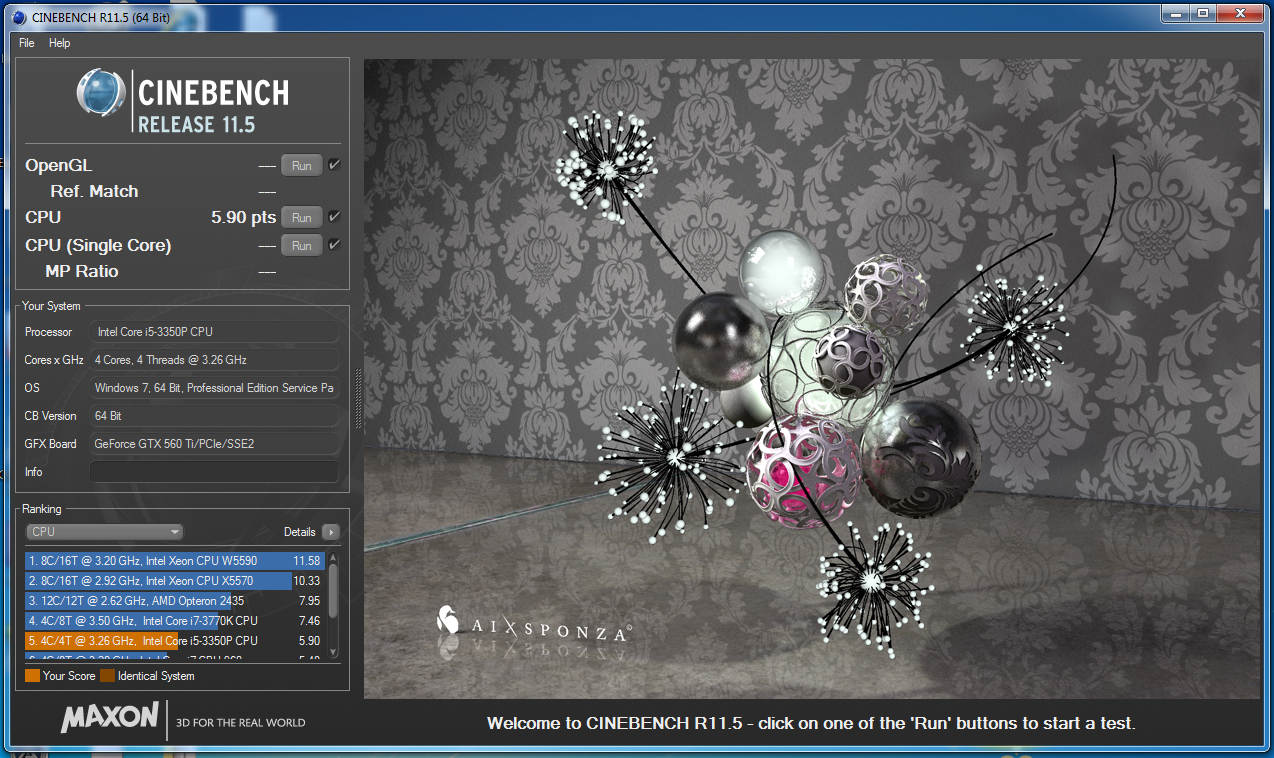 All signs point to the new Ivy Bridge architecture as being impressively efficient on the new 22nm process technology. 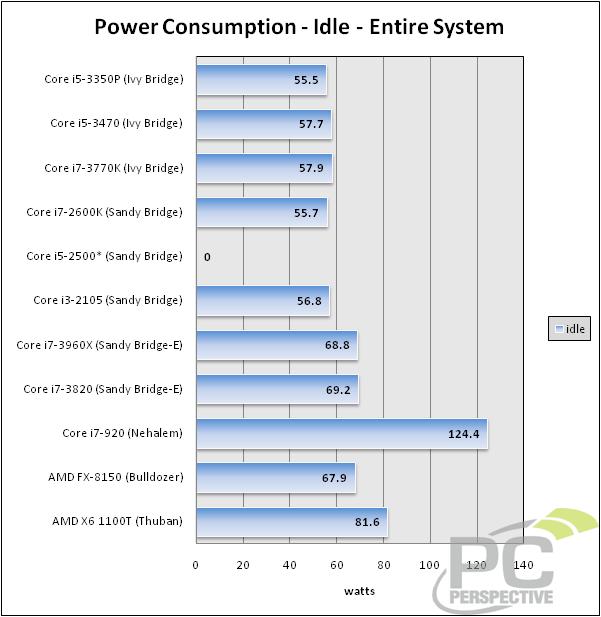 Idle power consumption with the Core i5-3350P is about on par with the rest of the Ivy Bridge line and is 12 watts lower than the FX-8150. 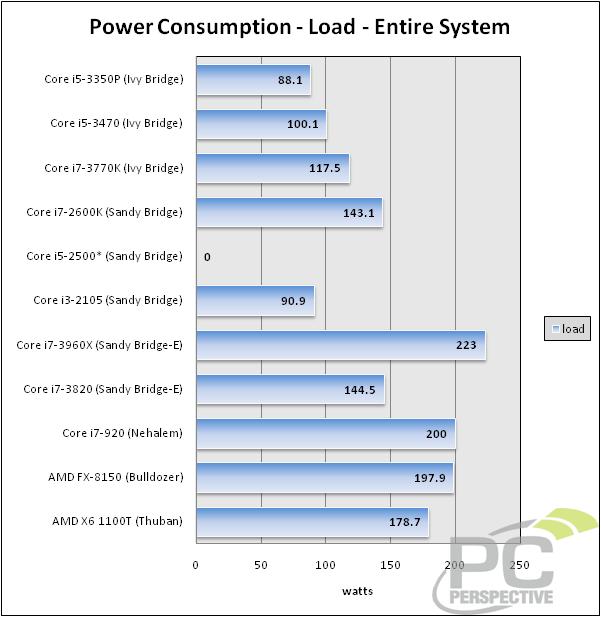