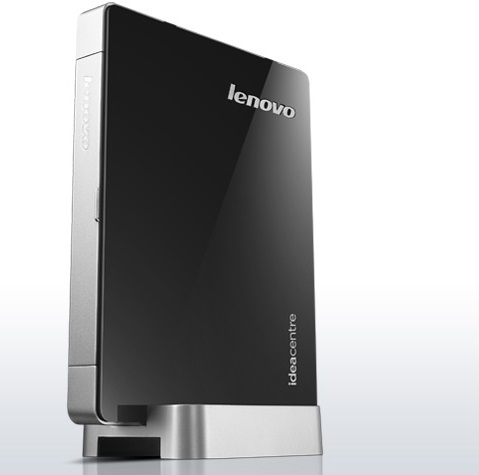 Lenovo recently launched a new small form factor PC with the IdeaCentre Q190. This small desktop measures 192mm x 155mm x 22mm and packs some hardware punch that handily surpasses the specs of traditional net-top computers. Exact hardware specifications have not yet been released, but the company has talked about the top-end model.

The IdeaCentre Q190 PC will have up to a 2nd generation Core i3 Intel Sandy Bridge processor, 8GB DDR3 memory, HD3000 integrated (processor) graphics, a 1TB hard drive, and a 24GB caching SSD. These specifications are, of course, for the top end model. 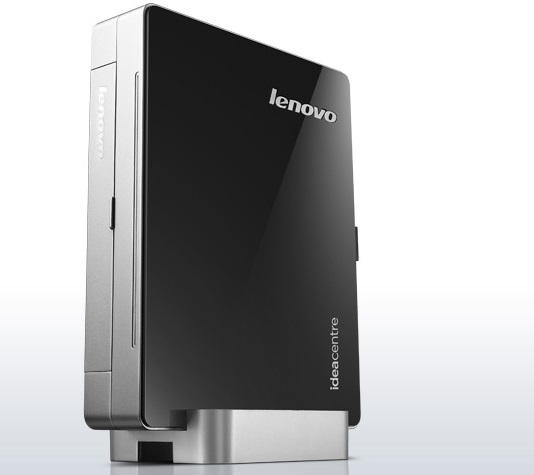 The IdeaCentre Q190 with the optional optical drive attached.

In addition, the Q190 can support a DVD writer or Blu ray optical drive that mounts on top of the PC, which adds a bit of depth but can still be mounted vertically with the supplied stand. Other optional accessories include a handheld wireless keyboard and mouse trackpad. 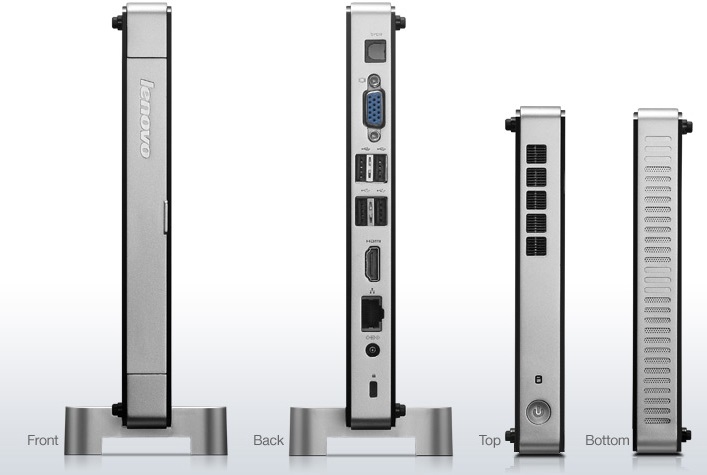 The Q190 will come preloaded with Windows 8, and an option for Windows 8 Pro. Lenovo is pushing the HTPC merits of the computer, and it will certainly do a serviceable job. It would also make for a nice low-power desktop system as well, and it looks nice enough to display on your desk.

The Lenovo IdeaCentre Q190 will be available in January 2013 and will have a starting price of $349, with the top end model described above costing a bit more (the exact amount is as yet unknown). 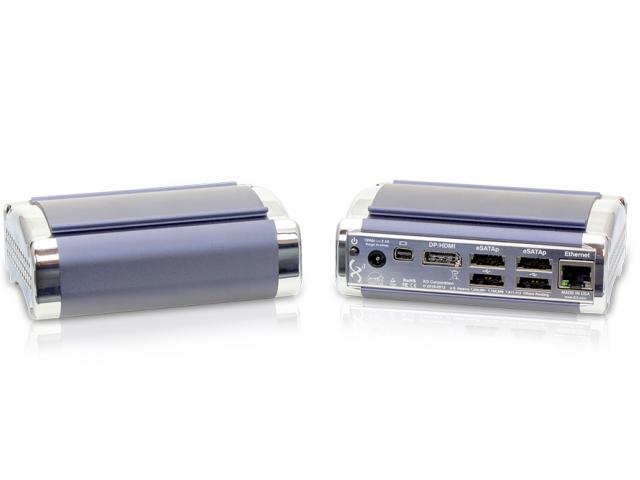