The overall efficiency of a power supply is very important.  The less waste heat generated the better!  Efficiency is defined by the power output divided by the power input and is usually expressed as a percentage.  If a PSU were a 100% efficient (which none are) 750 watts of AC power going in would result in 750 watts of DC power coming out (with no waste heat to dissipate).  In the real world there are always inefficiencies and power is lost in the form of heat during the conversion process. Newer revisions to the ATX12V Power Supply Design Guide V 2.2 have continued to increase the efficiency recommendations for PC switching mode power supplies and now lists both required and recommended minimum efficiencies.

We measured the AC power input to the LEPA Gold 750W PSU with an Extech power analyzer while the total DC load was found by adding all the individual +3.3V, +5V, +12V, -12V and +5VSB loads together. 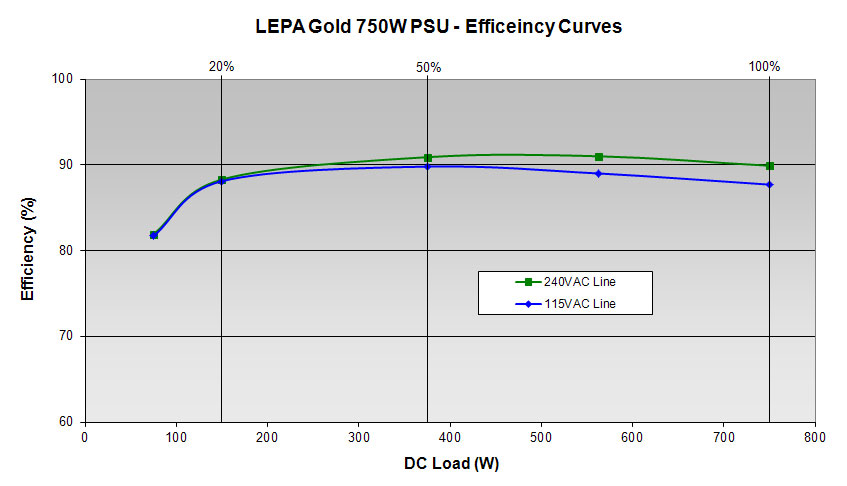 As expected, the overall efficiency of the LEPA G-750 power supply is very good and meets the criteria for 80Plus Gold certification, even while operating on 115 VAC and at elevated temperatures.

The LEPA Gold 750W PSU uses a thermal speed control circuit that increases fan speed as the internal component temperatures heat up under load. The G-750 also features a Low-Load-Fanless-Mode, which allows for silent operation while the DC loads are less than or equal to 15%. During our testing the fan didn’t turn on until well into the 20% load test. At a 50% load the fan was still very quiet but ramped up as the load increased to the point where it was very noticeable at full load.

Note: I was not able to take SPL measurements at full load due to the background noise created by all the programmable DC load cooling fans running constantly. At the lower loads I am usually able to catch a moment when all the load fans have cycled off to take a SPL reading. 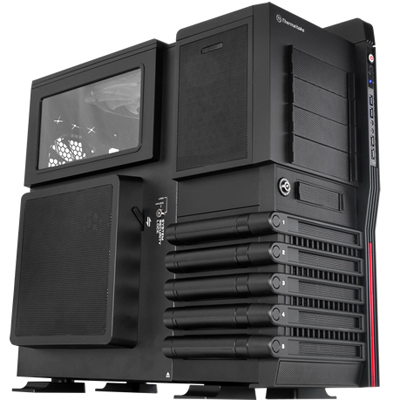 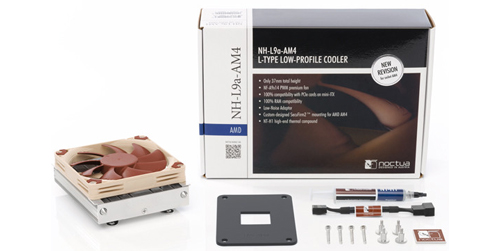 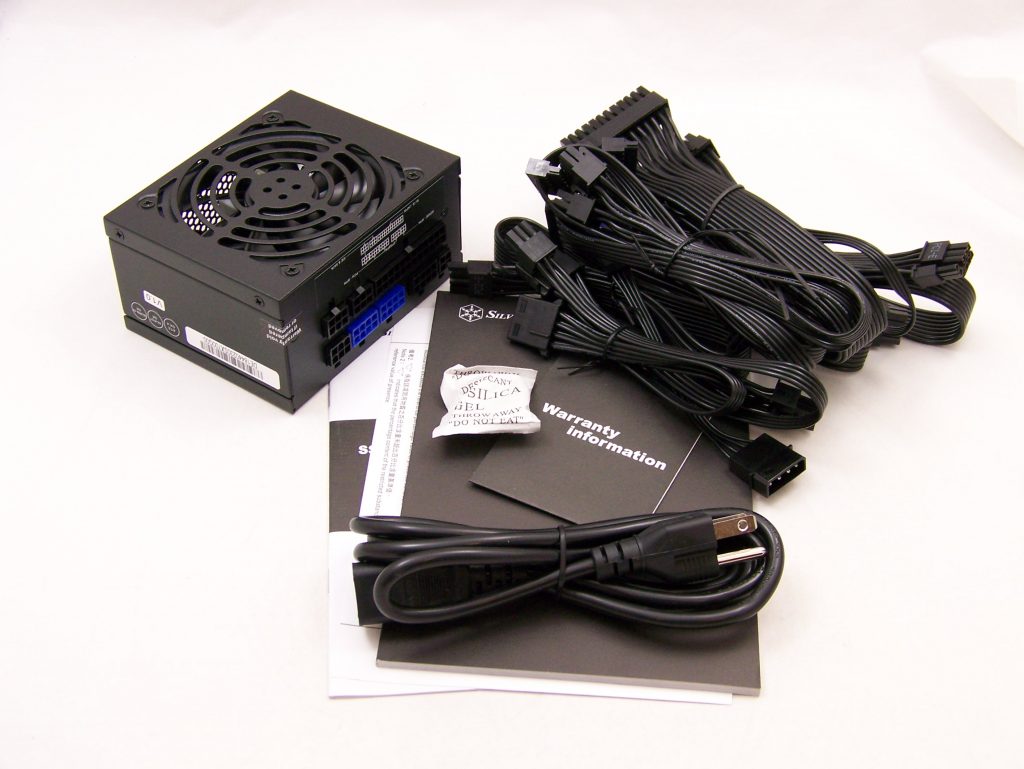