The FX-8350 is re-tested with the AMD Liquid Cooling System.

Closed loop water cooling is not new, but it certainly is a pretty hot topic now.  Some of the first units out there had some interesting issues (like internal corrosion clogging everything up), but once those teething problems were solved the closed loop systems turned out to be pretty effective and easy to install.  Initially these units had the performance of a top end air cooler, but with a lot lower noise.  The latest generation of liquid cooling systems (LCS) is now further improved and provides performance approaching that of larger, more complex cooling systems.  These products will not replace exotic systems like phase change, but they provide a lot of cooling in a fairly decent sized package.

Clean lines and graphics give this box a striking look without being tacky.

Last year with the introduction of the AMD FX-8150, AMD decided to create a SKU which not only included the CPU, but also a fairly robust LCS.   This unit is based on an Asetek design which features a double wide cooler/reservoir with the push-me/pull-ya fan combination.  Other manufacturers offer this particular product under a variety of names, but this is simply an AMD FX branded unit with some small cosmetic changes to differentiate it from other units.

AMD will eventually offer this cooler with the new Vishera based FX-8350 CPU (or at least we assume they will), and we wanted to take this combination out for a spin.  In our FX-8350 review we did not hit the overclocking targets that AMD had set.  In most literature that we were provided AMD stated that most FX-8350 parts would be able to hit around 5 GHz with some aggressive cooling.  In our review I was able to get to around 4.6 GHz max and around 4.5 GHz stable with better than average cooling.  The results were not as impressive as we had hoped, but we again did not have a top end cooling solution such as what AMD provides with this particular LCS.

With a brand new LCS in hand, I retested the FX-8350 to see how hard it could be pushed.  I also wanted to see how this particular unit performance in terms of thermal properties.  The results were quite surprising for me, as this is my first real experience with a LCS.

The box the LCS comes in is a nice size and heft.  The outside branding is striking without being over the top.  The unit is well protected in the box by the use of a nicely compartmentalized insert as well as a layer of foam over the top.  Everything is pre-connected, so no actual assembly is required.  The only work a user needs to do is attach the unit to the CPU and the fans/radiator to the case.

The unit is quite hefty by itself.  The water block and pump is quite heavy, and the base is made of copper.  Conduction should not be an issue here, and AMD/Asetek provides a smooth layer of thermal interface material already applied.  The integrated pump is held within the block itself.  The block also features a cover which is backlit by programmable LEDs.  Users can utilize the included software to change the colors of these LEDs to whatever they desire.  This is a nice solution for people with case lighting that may not be the default white that the unit is set for. 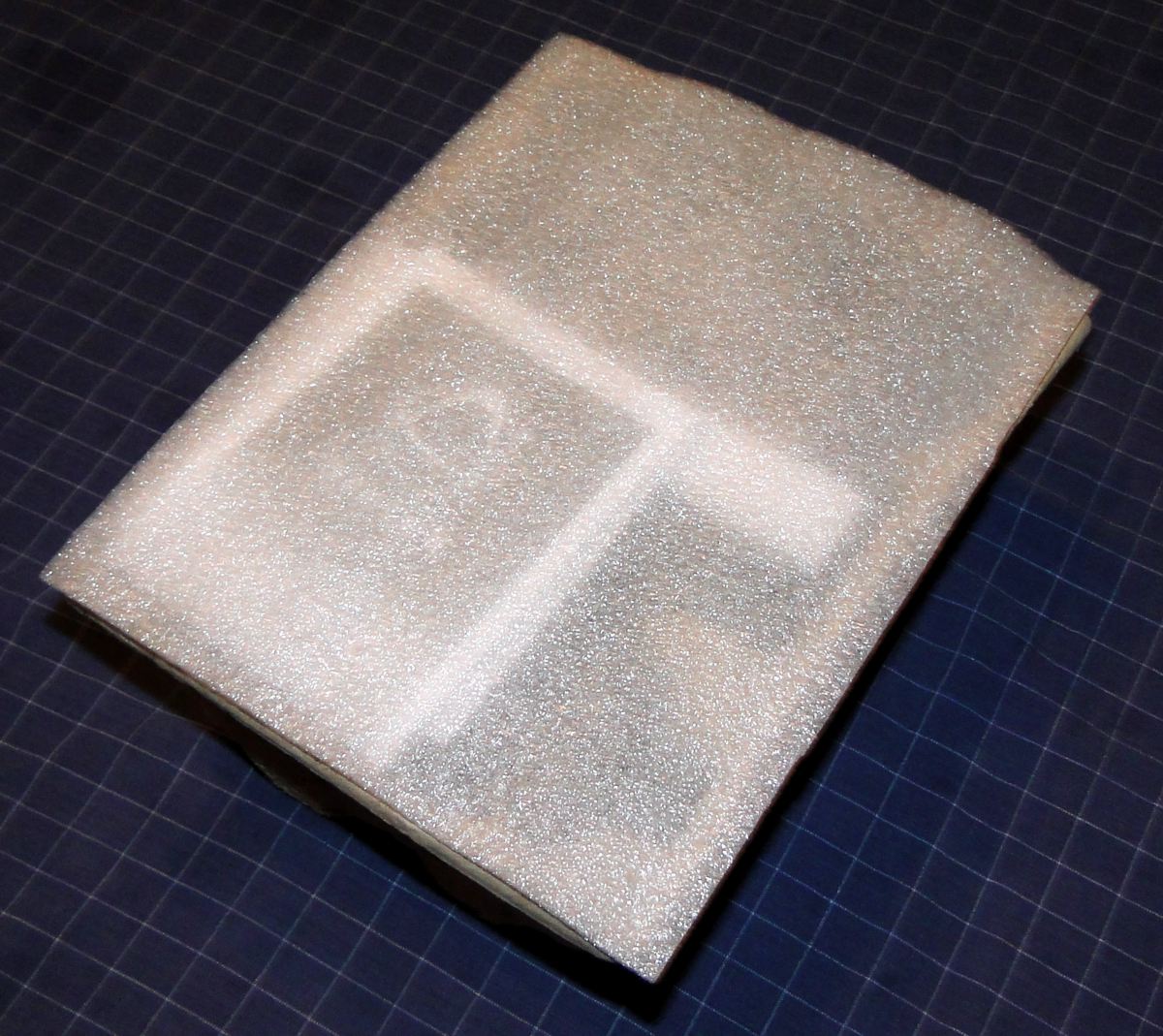 The packaging protects nicely, but will likely not withstand a major beating.

The radiator is again a 120 mm double wide unit and I have heard some positives and negatives about such a design.  One school of thought is that the extra resistance that is encountered with a double wide design slows the airflow down as compared to a single wide design, so more powerful fans are needed to increase the thermal transfer.  Another train of thought is that since it is double the surface area of a single wide, the resistance is not as big of a factor as there is still more surface area for heat transfer.  A wider design will likely increase noise as air moves over the larger/longer fins when using a constant RPM fan.  Obviously there are a lot of factors here to balance, but I believe in the end that the double wide design will cool more effectively overall.  A bigger factor that some might not think about is that a double wide design will hold more liquid than a single wide, which increases the thermal mass of the product.  This should allow the unit to sustain a greater thermal load as compared to the smaller systems.

The unit is powered by the USB connection and the primary CPU fan output on the motherboard.  The block features four braided wires that connect to the two fans on the radiator, the CPU fan header, and the USB/motherboard plug.  No four pin molex connector is required with this solution.

The mounting system is pretty easy, once the user actually deciphers the manual.  The manual itself is pretty useless.  I tried to follow the directions, but they made very little sense.  After some trial and error I was able to figure out how the entire unit went together.  It is nice in that only the top mounting bracket on the motherboard needs to be removed.  The back support plate is utilized by the LCS, so very little is being wasted.  The mounting screws can be hand tightened without issue.  Once the initial confusion wore off, it was very simple to get everything put together and the block installed. 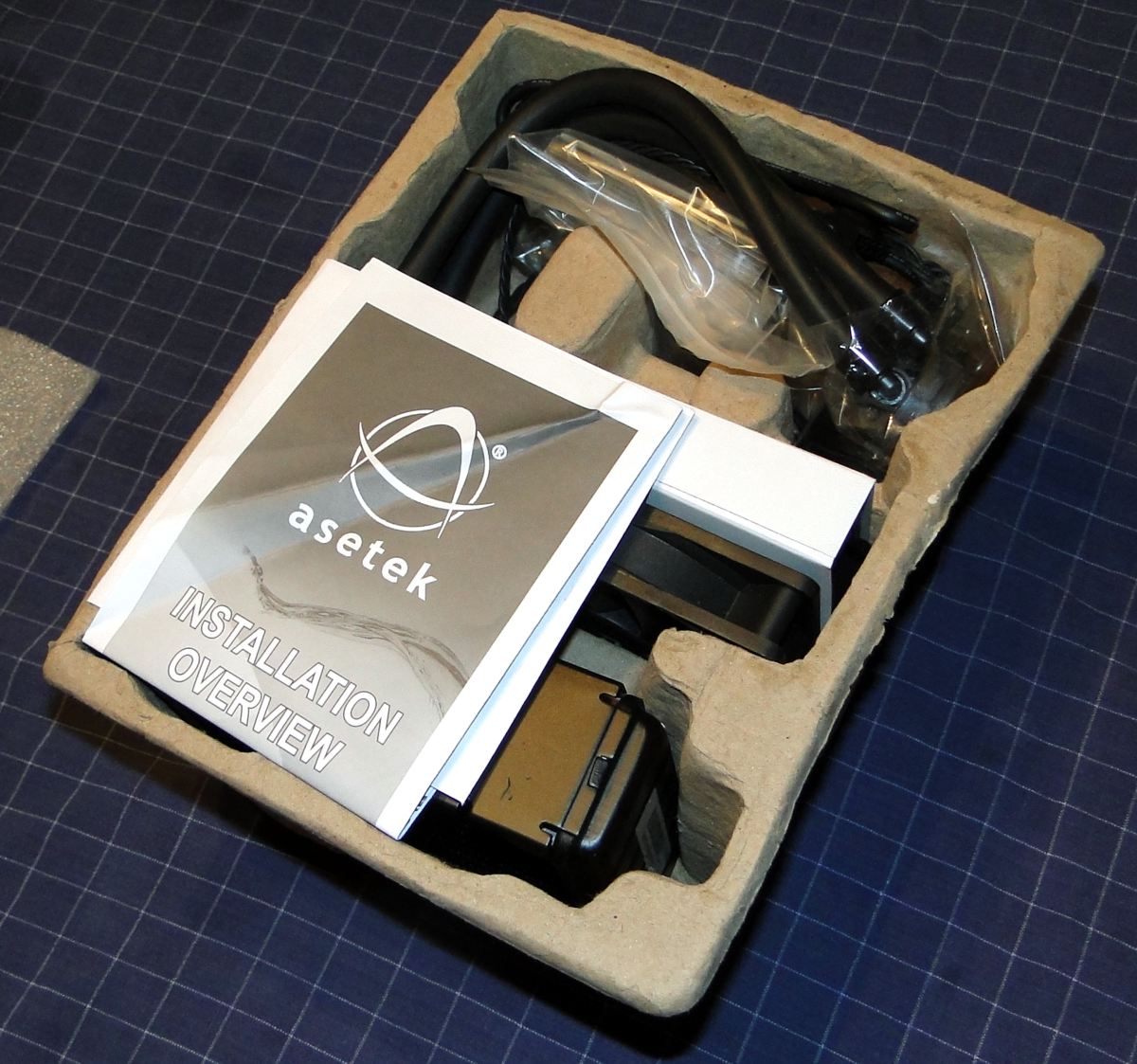 When finally revealed, everything is nicely compartmentalized and fully assembled.  The user just has to figure out how it is mounted.  The user might as well use the manual to start a fire, it would then be at least somewhat useful.

The reservoir was similarly easy to install, once the user got away from the manual.  The flexible tubing allowed me to easy mount the unit inside the case with four screws, with a further four screws and washers for the second fan.  Installation only took about fifteen minutes, with the majority of that spent trying to figure out what the manual was trying to tell me.

The software provided by AMD is the Chillcontrol V solution from Asetek.  It has some skins provided by AMD that should differentiate it from competing solutions.  Chillcontrol V is pretty good, but it did not afford me the level of control that I really desired.  While it allowed me to set temperature levels for when the fans sped up, it did not allow me to directly control the fans.  I would have preferred to set the fans to a certain audible level, and then see where cooling leveled off.  Instead the software solution lets me choose what temperatures that the fans start ramping up in speed.  I have no direct control with speed except when using the “Extreme” setting which boosts both fans up to maximum speed.  This is simply deafening after a time.  Think back to the Delta Black Label fans.  The silent option is silent, and a user will have to try very hard to hear the fans as well as the integrated pump.  The custom setting allows the user to adjust the temperatures at which the fans start ramping up. 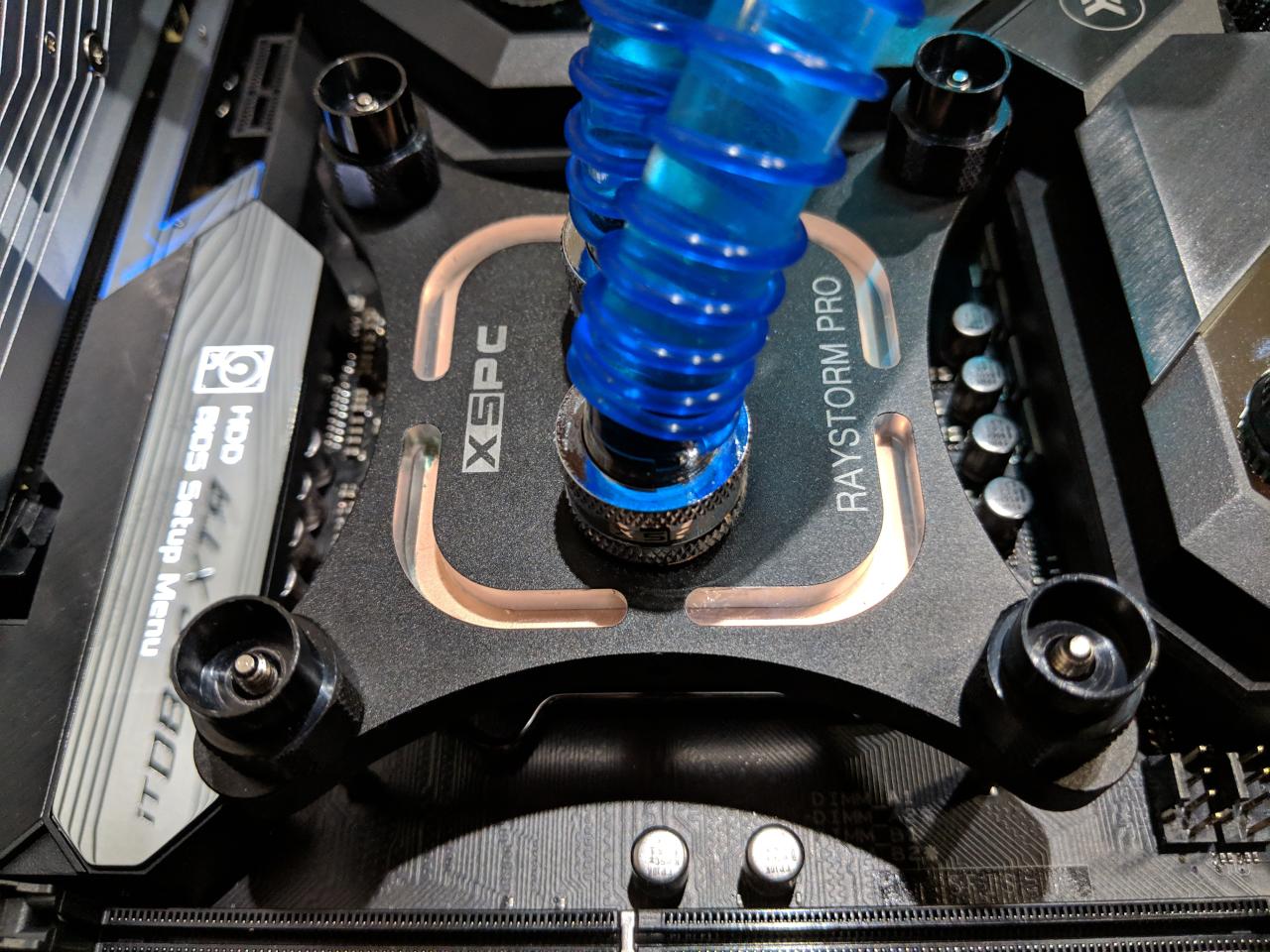