Obviously one of the key selling points to the ASUS Matrix HD 7970 is the overclocking capability it holds within its custom designed PCB and cooling.  While the extreme overclocking crowd will love features like the ability to hardware adjust voltages, those of us without LN2 and the desire to beat world records should still find a lot to love in the combination of the ASUS ROG GPU Tweak software and the Matrix design specs. 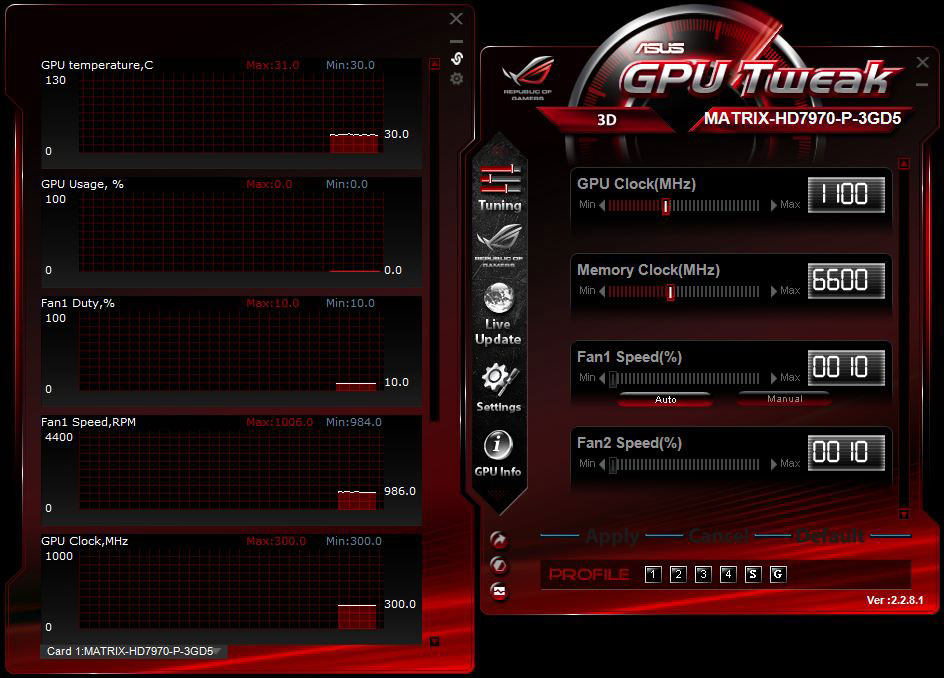 Using the ASUS GPU Tweak software customized for the ROG brand, we set out to push the HD 7970 GPU on the Matrix card from its stock speed of 1100 MHz core and 6600 MHz memory.  One great feature of the software is that it adjusts the voltage going to the GPU automatically based on the clock speed you set – though you change it manually if you want to.

For novice overclockers or those that just want the quickest results, this is a welcome addition. 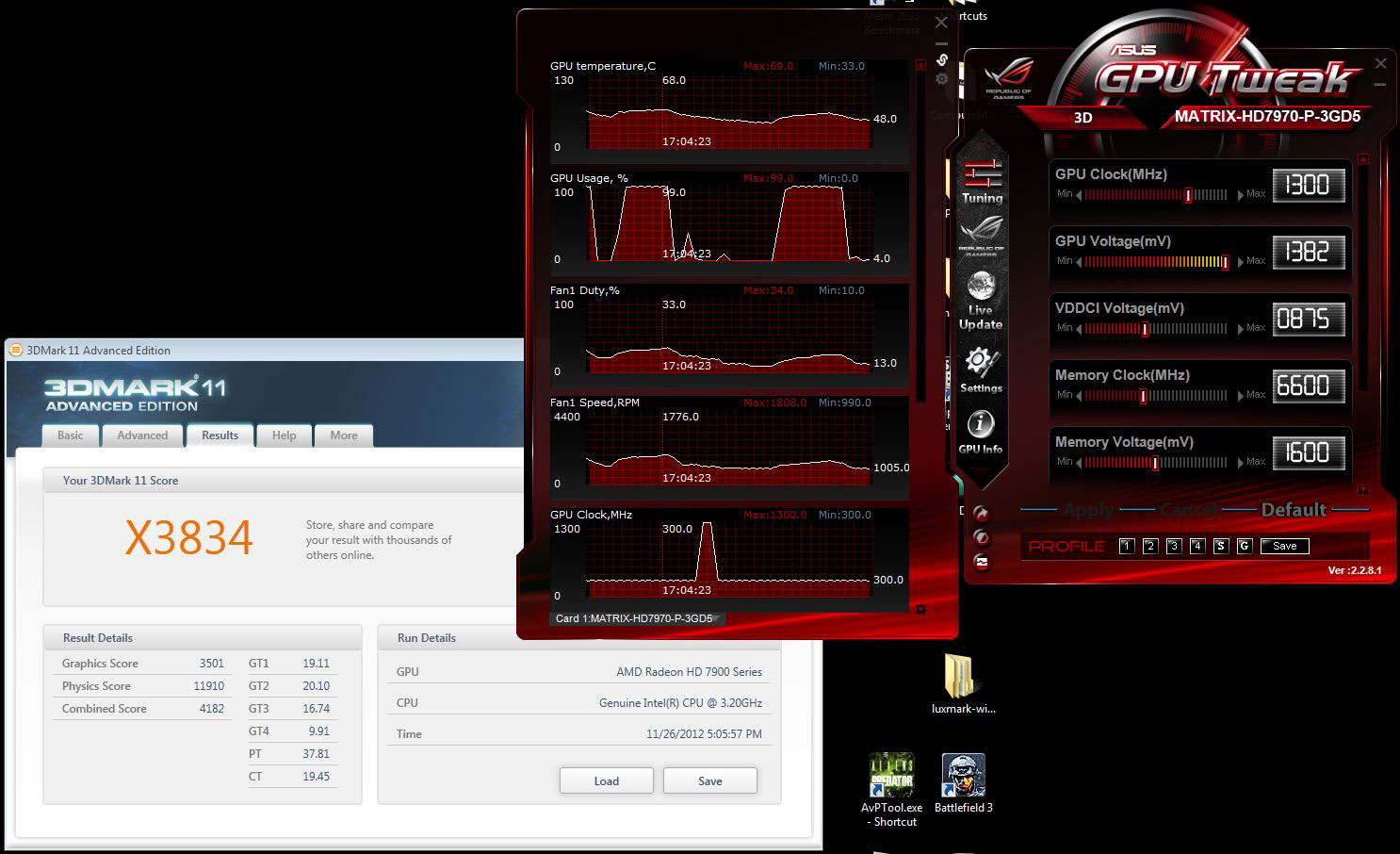 Though I started with some small bumps, I was able to push the core clock speed all the way up to 1300 MHz completely stable, looping Unigine and 3DMark for quite some time without corruption or crashing.  You can see that the ASUS software had moved the voltage up to 1.382v and it did so all on its own.  This bumped our 3DMark11 Extreme GPU score from 2899 to 3501 – an increase of 20%! 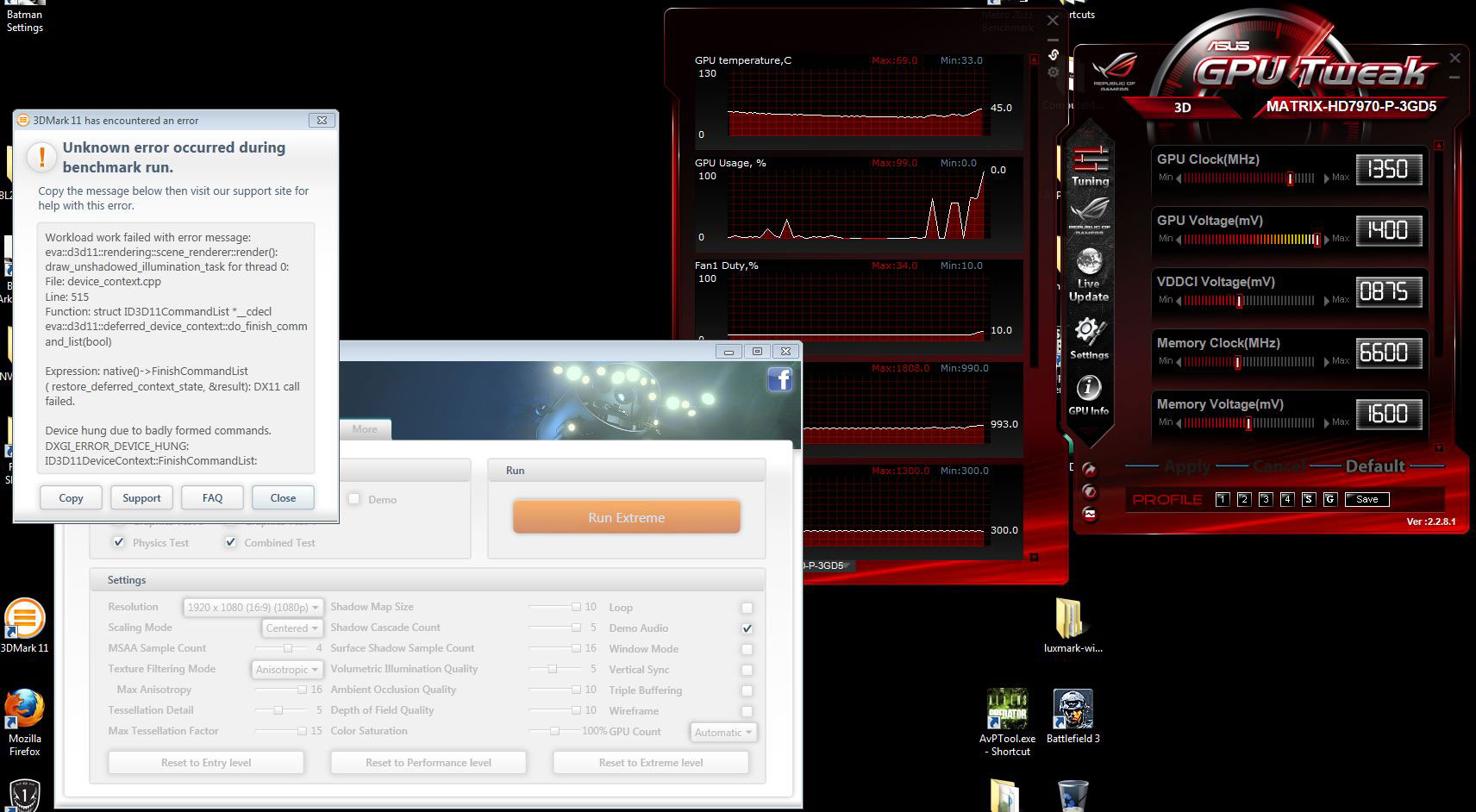 I was impressed to see that 1350 MHz was attainable, and while it would run in some games without issue, 3DMark11 would crash every time, even at a voltage of 1.4v. 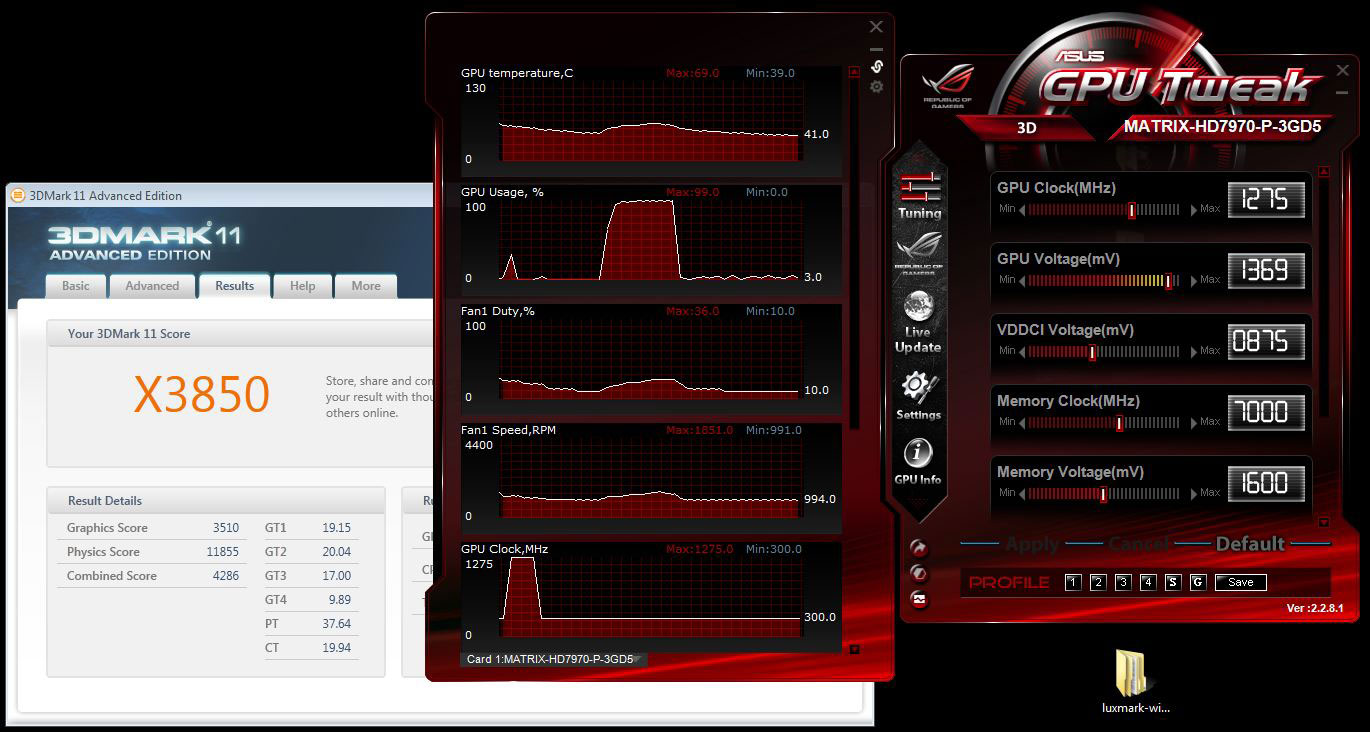 Our final "best" overclock combined a clock speed of 1275 MHz on the GPU and overclocked memory settings at 7.0 GHz!  This gave us basically the same 3DMark11 performance but the added memory bandwidth is definitely advantageous in some gaming titles.

In the end, getting a solid 20% additional performance out of an already overclocked HD 7970 is incredibly impressive and goes well ahead of our initial expectations for simple air cooled configurations.  The ASUS engineers have done a fantastic job on this overclocker's dream card!