Far Cry 3 Gets Eye Patch, er, a Patch for Your Eyes

Have I ever told you the definition of insanity? Apparently Ubisoft defined it as barraging their players with HUD messages. Their players acknowledged this loudly enough that the developer added options to hide certain messages in the Gameplay Settings page.

Update 1.04 is, aptly named, the fourth update to Far Cry 3 on the PC since its launch earlier this month. This update has, by far, the largest changelog of any previous update. Several bugs have been fixed with a particular focus on cleaning up multiplayer glitches and stability. As previously stated, the patch also allows the user to further customize their single player experience to only allow the game to provide them with certain onscreen messages.

Also added is support for downloadable content in single player. While I have not been paying too much attention to the matter, no mention about single player DLC for the PC has ever crossed my path. Being that they added support for it in this patch it would seem obvious, now, that Ubisoft plans on expanding the single player experience with bonus content.

The full patch notes are available after the break.

General fixes for the patch 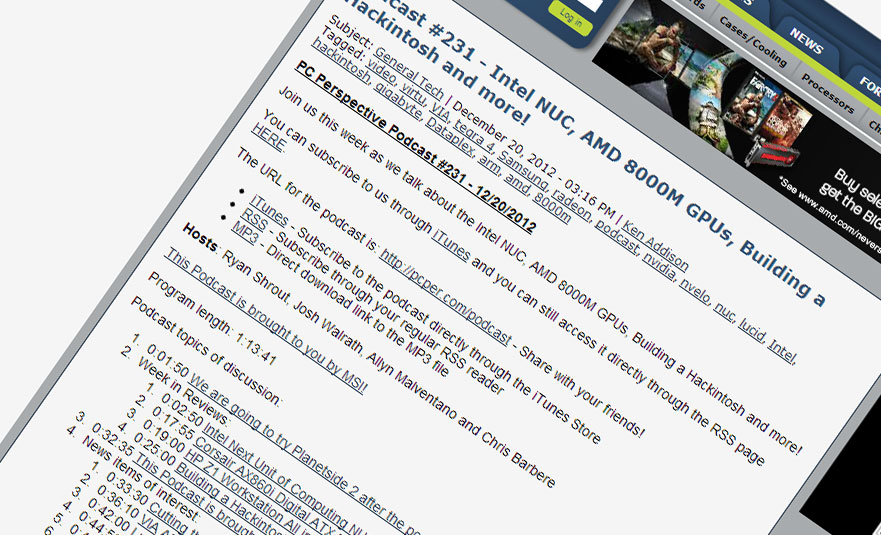 Update! Tonight’s PC Perspective Podast will be at 9pm ET – One Hour Early!