After getting the hardware in our Intel NUC we next installed the operating system – in this case we chose to use Windows 8 just because it has the best sleep/resume speeds of any Windows we have used to date.  I installed the OS through a home made USB flash drive and it all went off without a hitch.  Drivers for the wireless adapter were already configured and we went about getting the latest software for the HD 4000 graphics, audio, etc.  Pretty standard fare.

For our performance comparisons we knew it wasn't going to be a fair fight to see the NUC go up against the likes of the Core i7-3770K or anything so instead we have included benchmarks from a recent Ultrabook notebook review as well as from the Core i3-2105 Sandy Bridge processor – a CPU that you can still find for $129 on Newegg.  It is also a dual-core HyperThreaded CPU like the Core i3-3217U in our NUC.  The Core i5-3317U in our Ultrabook platform (actually a Lenovo X1) is also dual-core HyperThreaded and in fact the only difference is that the 3217U in the NUC does NOT have Turbo Boost technology – peaks at 1.8 GHz.  The 3317U starts at 1.7 GHz and can boost as high as 2.6 GHz when able. 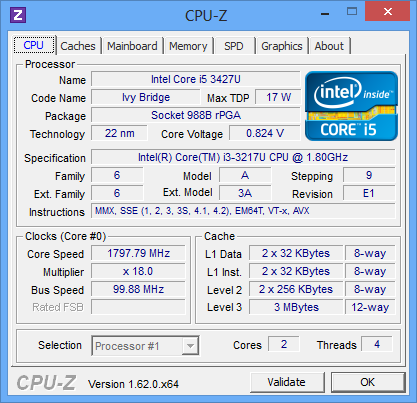 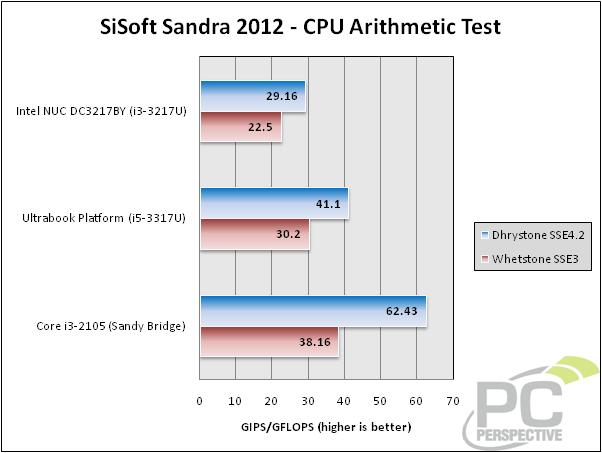 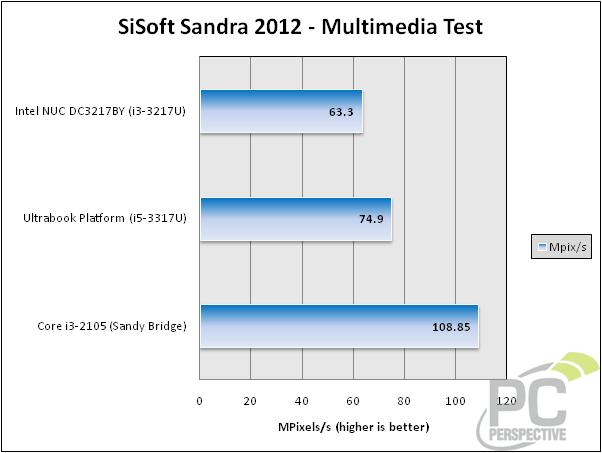 It's really not surprising to see the numbers on the NUC coming in last in our comparison but the SiSoft performance is still reasonable enough when going head to head with the Ultrabook. 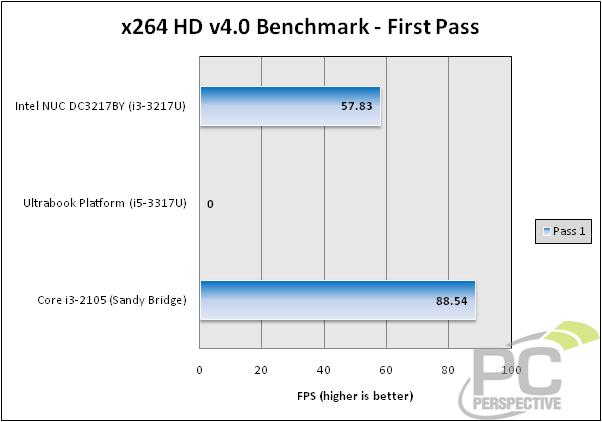 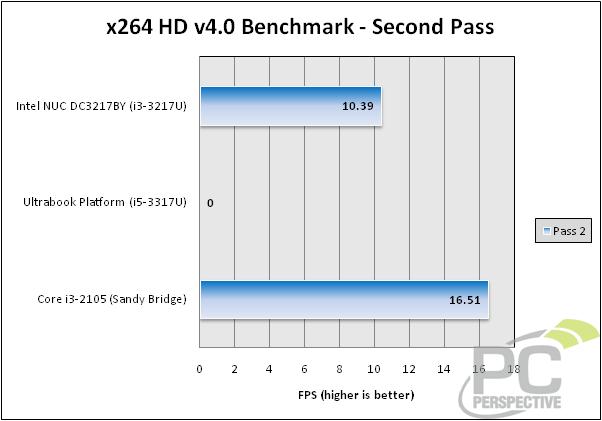 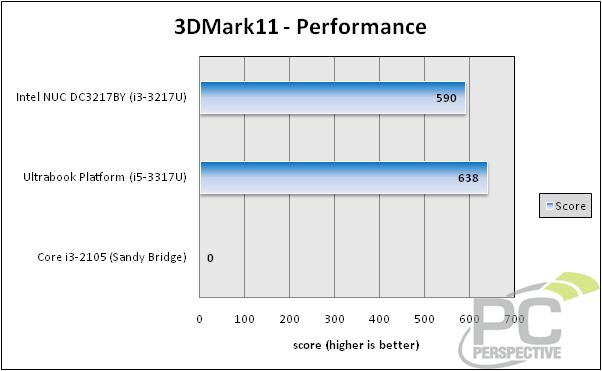 We couldn't run 3DMark11 on the Core i3-2105 since it doesn't have support for later versions of DirectX but the mainstream gaming performance is at least DECENT.  Keep in mind that an AMD A10-5800K Trinity will score something around 1300 on the test, doubling the gaming performance of the Intel NUC. 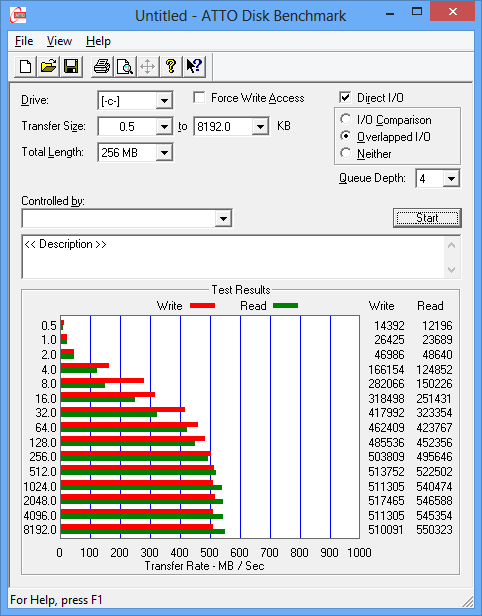 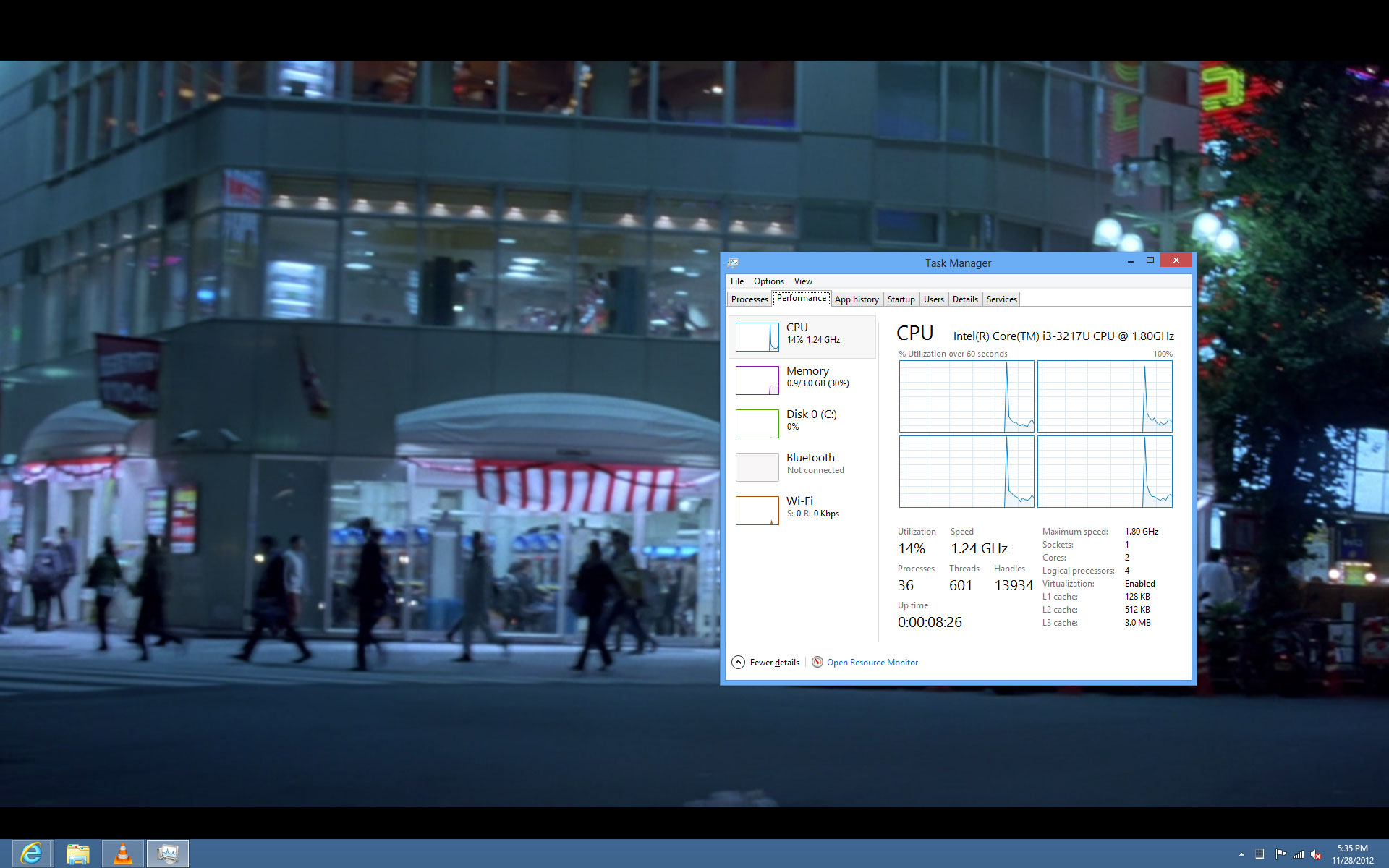 General usage of the system was quite impressive though including doing things like HD video playback.  In the screenshot above you can see we are playing back an H.264 MKV file through VLC without a problem – CPU utilization is at 14% and there was no stuttering or hiccups to be found.

I think it's pretty obvious that the Next Unit of Computing has enough capability to do many things but not everything.  The fact that your standard Ultrabook hardware is going to run a bit faster than the DC3217BY might scare off some potential buyers but I do think that for most users standard use cases the hardware will still impress. 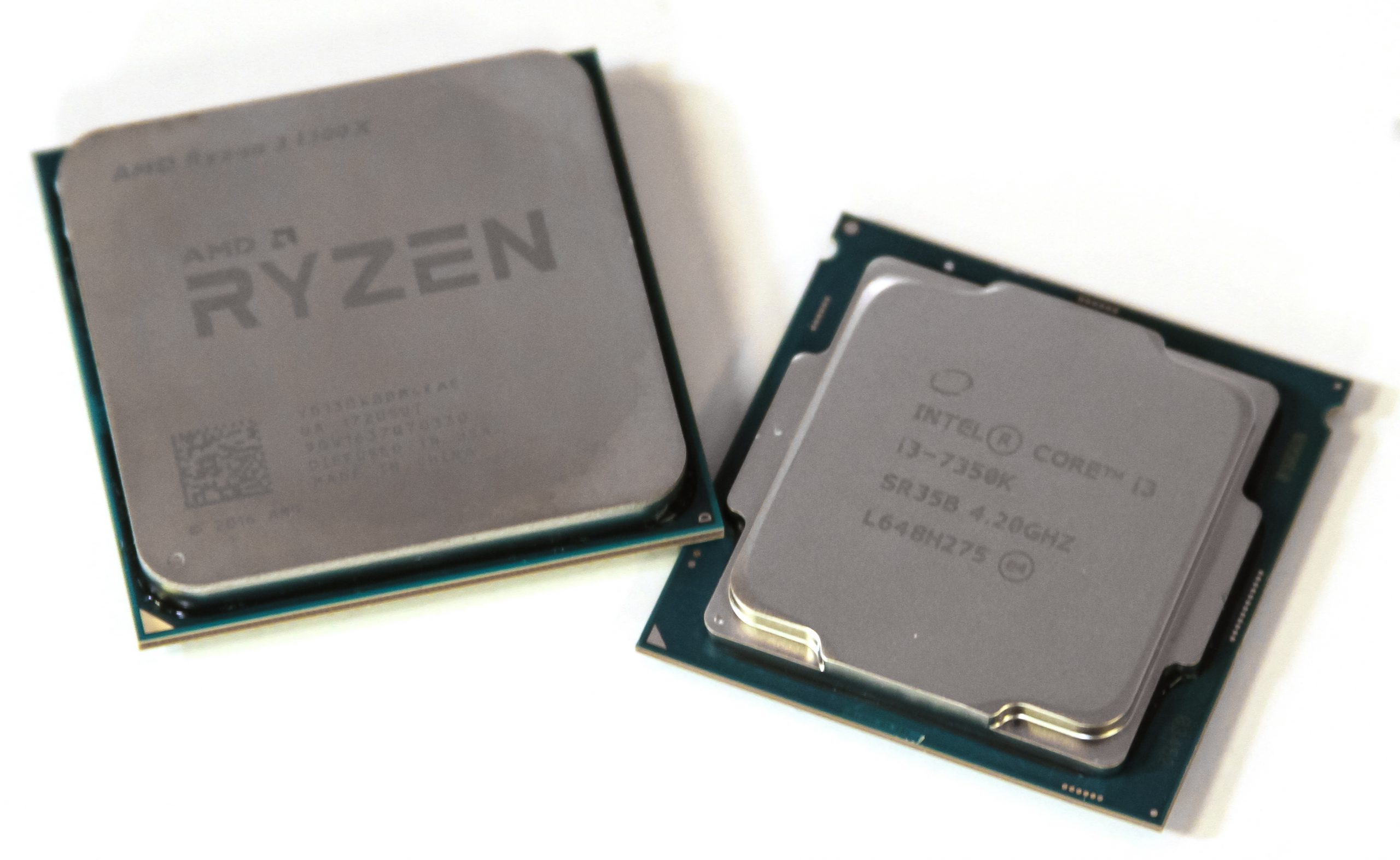