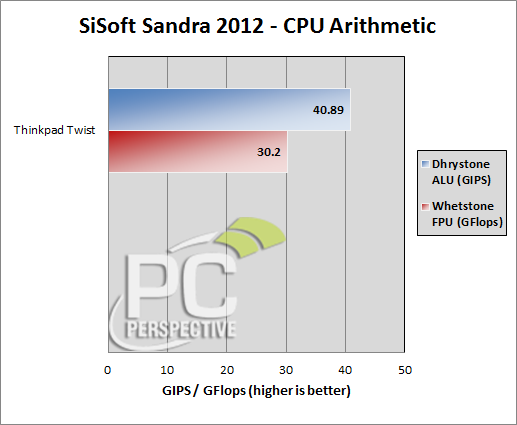 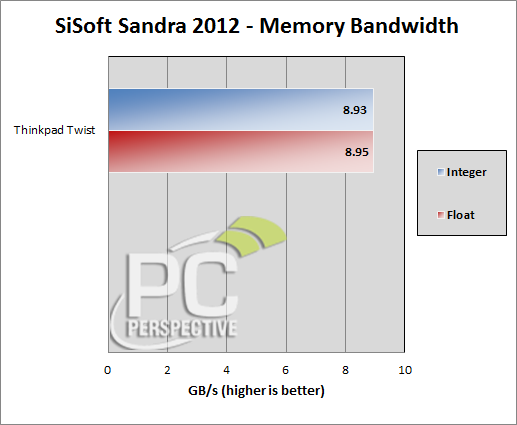 The Thinkpad Twist performed within expectations in both the CPU and memory bandwidth tests. The CPU results scaled well, given the fact that the Twist uses a dual-core i5-3317U mobile CPU. The memory numbers also track correctly, but are muted due to the Twist model tested having one a single stick of memory running at 1333MHz instead of the desired two stick, dual-channel based 1600MHz memory. 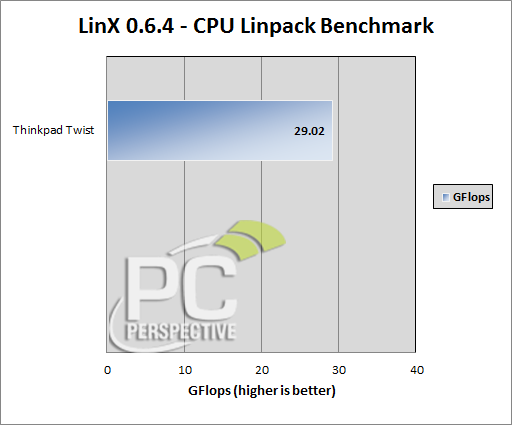 The Thinkpad Twist performed decently when the CPU included in the system is taken into account. 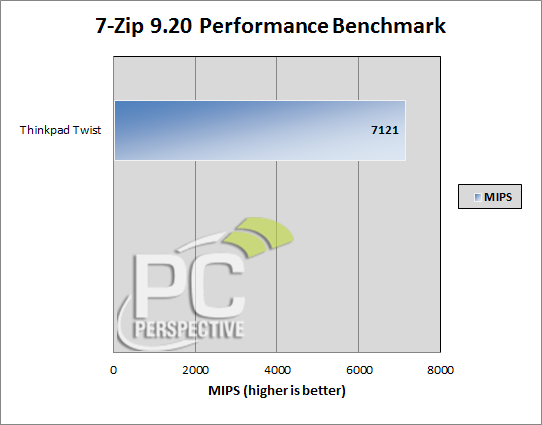 The Twist performs exactly as expected in this benchmark, with its dual-core CPU inhibiting increased performance here.