Handbrake was used to convert an uncompressed version of the Iron Man Blu-ray movie in MKV format to a compressed 720P MP4 format. The Iron Man MKV file was ripped from the Blu-ray disc in the past with the file size for the uncompressed media coming in at 26 GB. Handbrake was run with default settings enforced with the exception of Anamorphic set to Loose and Video width set to 1280. This test was repeated three times with the lowest repeatable conversion time recorded 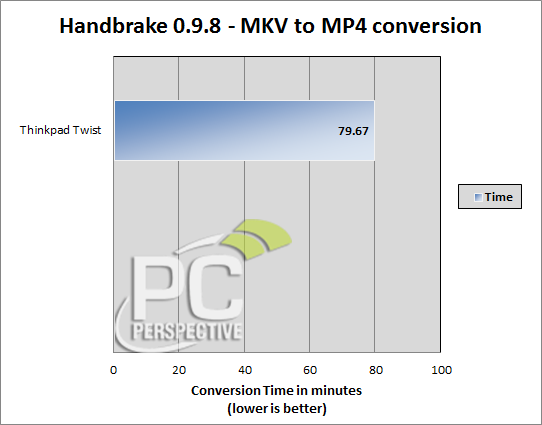 The Thinkpad Twist made good work of this system intensive encoding benchmark. While 79 minutes may seem long, that is still a respectable time for encoding a 2+ hour movie from an uncompressed media file. 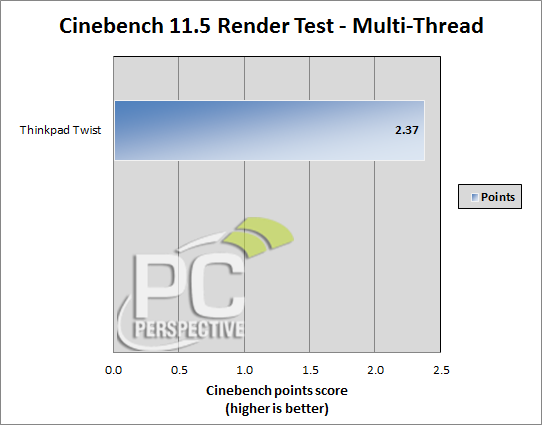 The Thinkpad Twist again showed that it was up to the task with its Cinebench score falling exactly where it should given the ultrabook's dual-core mobile processor and memory configuration.

Tech ARP's x264 HD benchmark can be used to determine how fast the system can encode a 1080p type video clip to an x264-type format. The benchmark test was run three times, with the highest reproducible FPS score recorded. 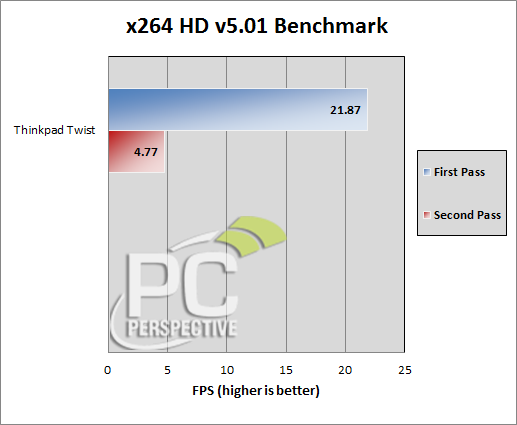 The Thinkpad Twist continued to perform within expectations in this 1080p encoding test. While it may not be the speediest encoder, the results here show that you can use it for that purpose if need be.

FutureMark Corporation’s PCMark 7 can be used to reliably ascertain a given system’s performance in a Windows 7-based non-gaming type use environment. The professional version of the benchmark test was run three times, with the highest reproducible PCMark score recorded. 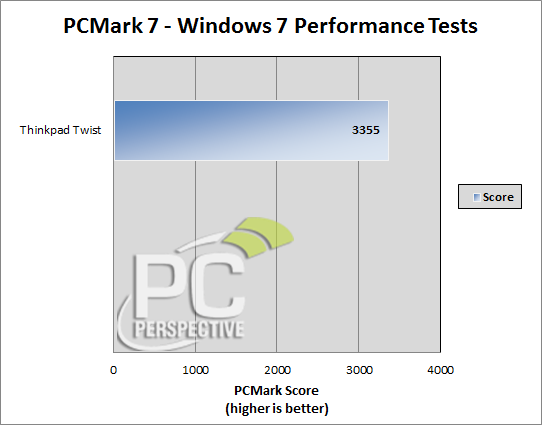 The Thinkpad Twist steps up to the plate performance-wise in this test. For everyday office use, these results show that you should have no problems with the Twist keeping up. 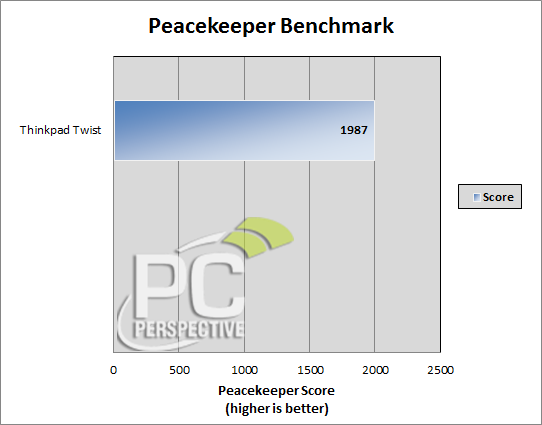 The Thinkpad Twist performs well within expectations in this browser benchmark with the CPU and memory configuration not holding back the system much at all. This further validates the ultrabook's viability when using web-based media.