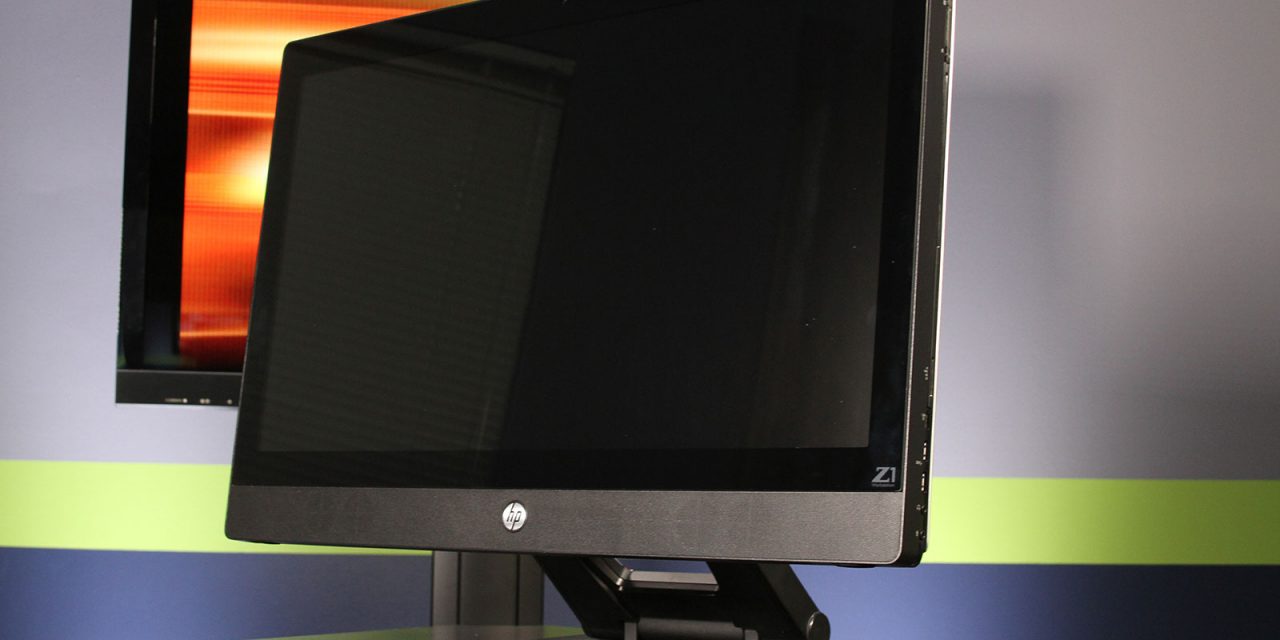 The HP Z1 workstation is an all-in-one computer that combines a Xeon CPU, Quadro GPU and more in 27-in monitor that is still easily accessible.

While consumers know HP for its substantial market share in the world of desktops and notebooks, perhaps more important to HP's bottom line is the company's server and workstation business.  While we all know what servers do there might be some confusion about what a workstation is and what it does.

Workstations are usually defined as computers used by content creators and despite that fact that you burned that DVD of your family vacation, that's not quite the same.  Brands like Xeon, Quadro, FirePro and Opteron are what you will find different in a workstation class computer versus a standard computer or laptop.  And while technology enthusiasts will debate the actual differences between these components, the fact is that the market demands them.

Today we are taking a quick look at the HP Z1 Workstation, a unique workstation in that it resides in the shell of an all-in-one computer.  But not just your normal AIO – this is a 27-in 2560×1400 display with a chassis that opens up for easy access to components inside.

Once we show you how the processor, SSD, Quadro graphics and everything else works inside I think you will see the appeal of this kind of system even for professionals that require the stability and software support of a workstation class device. Check out our Video Perspective below and then continue on for some more photos and benchmark results from the HP Z1 Workstation! 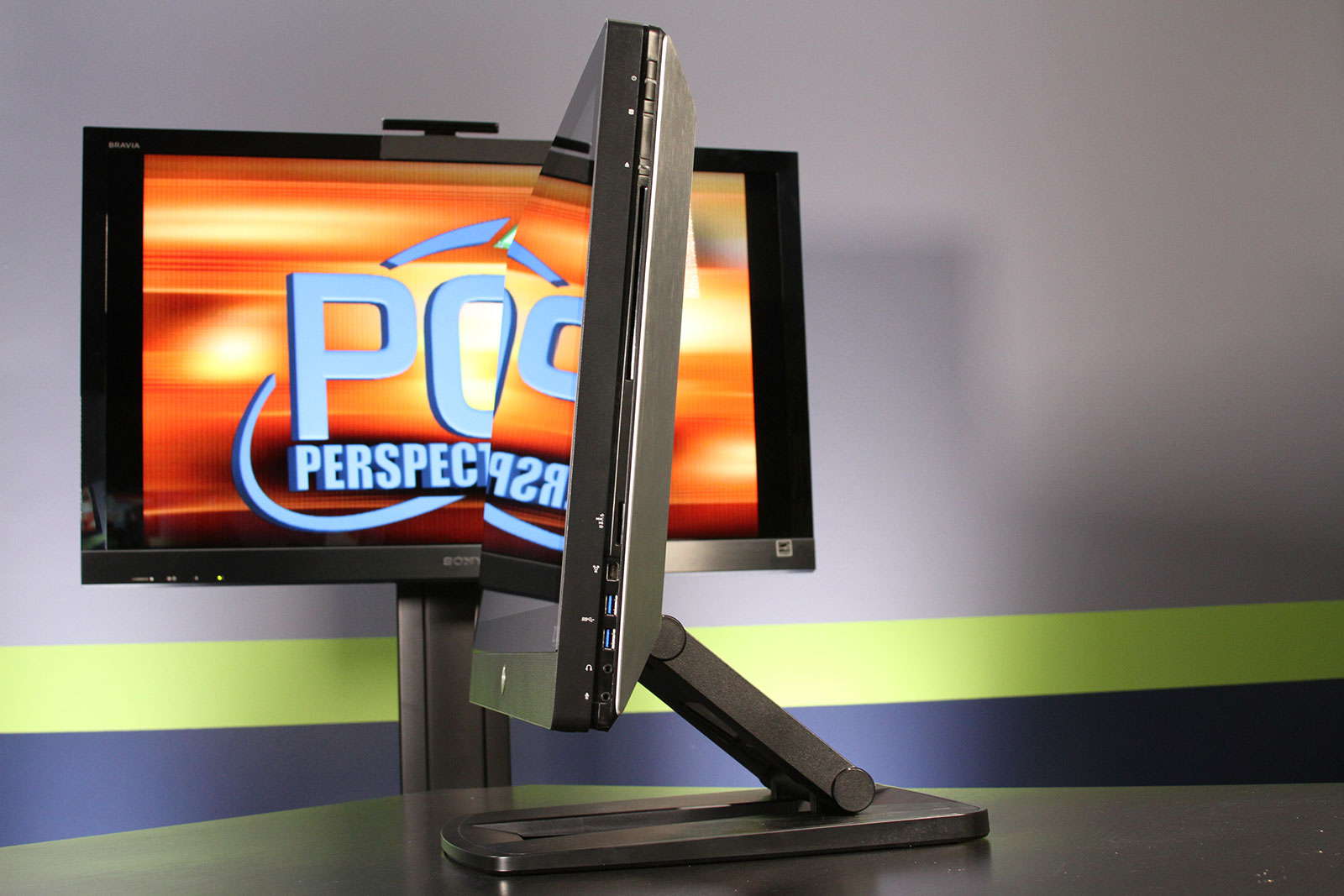 The side profile shows the HP Z1 is slim enough but still holds a lot of hardware. 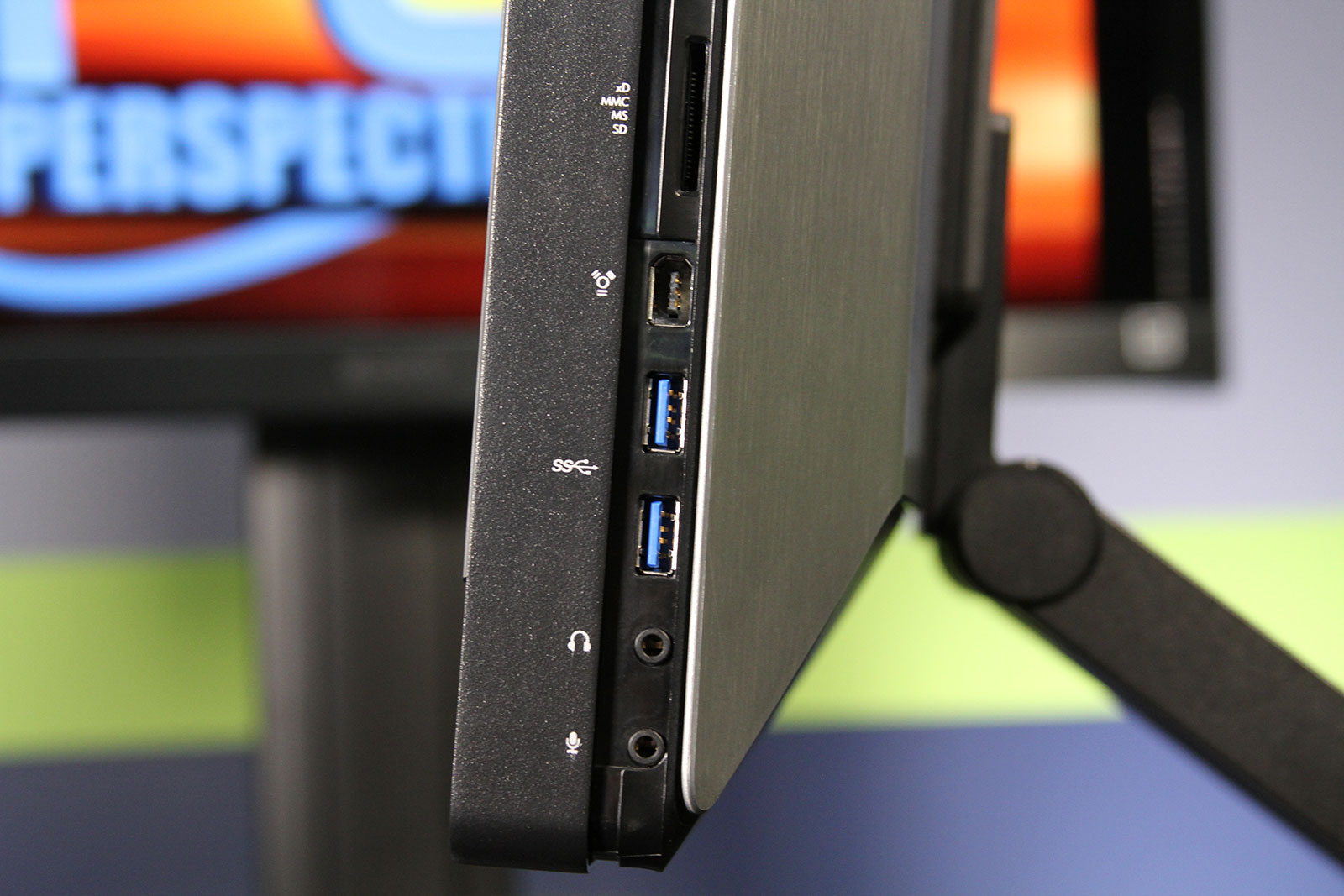 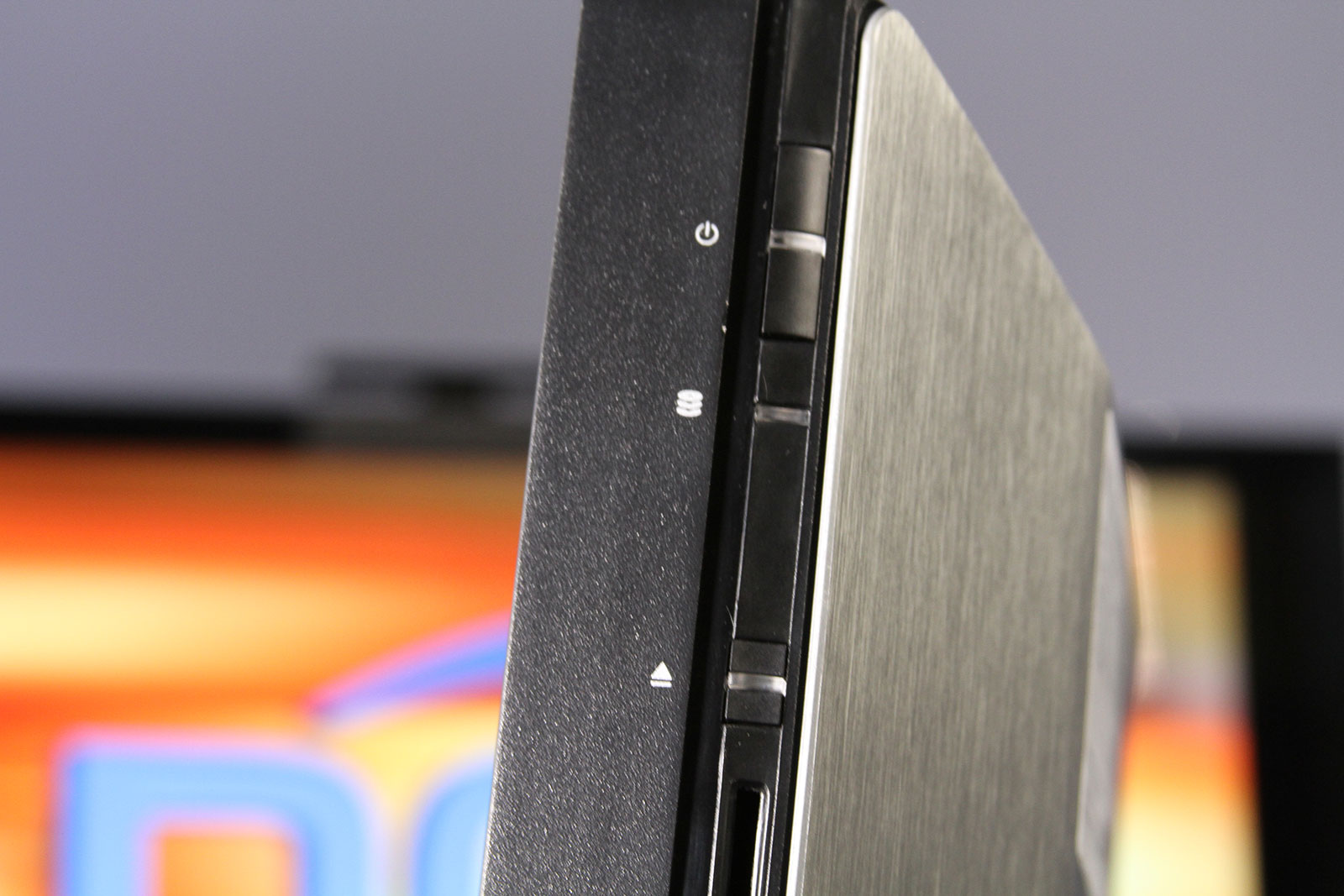 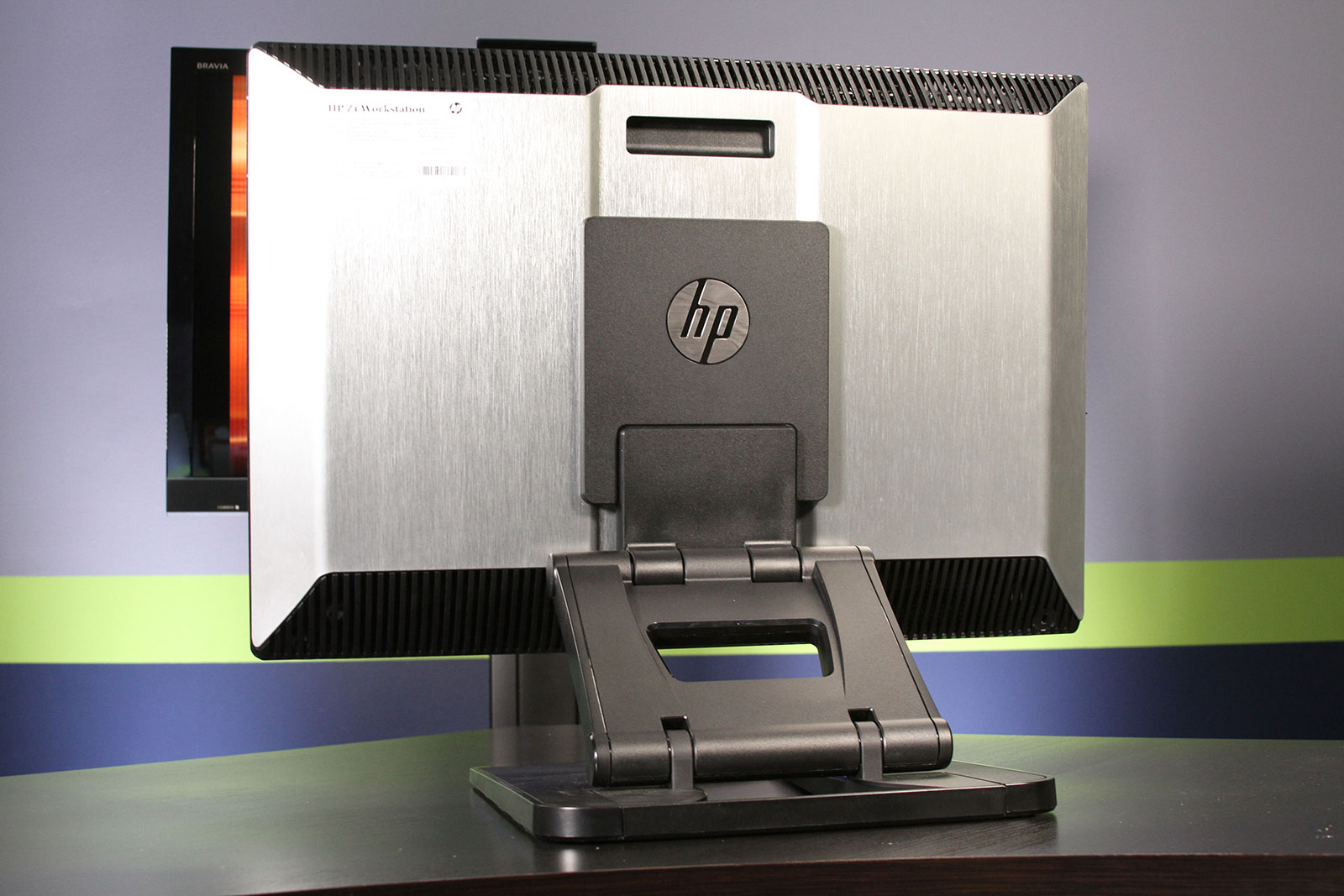 The back of the system shows some of the stand as well as the handle up top. 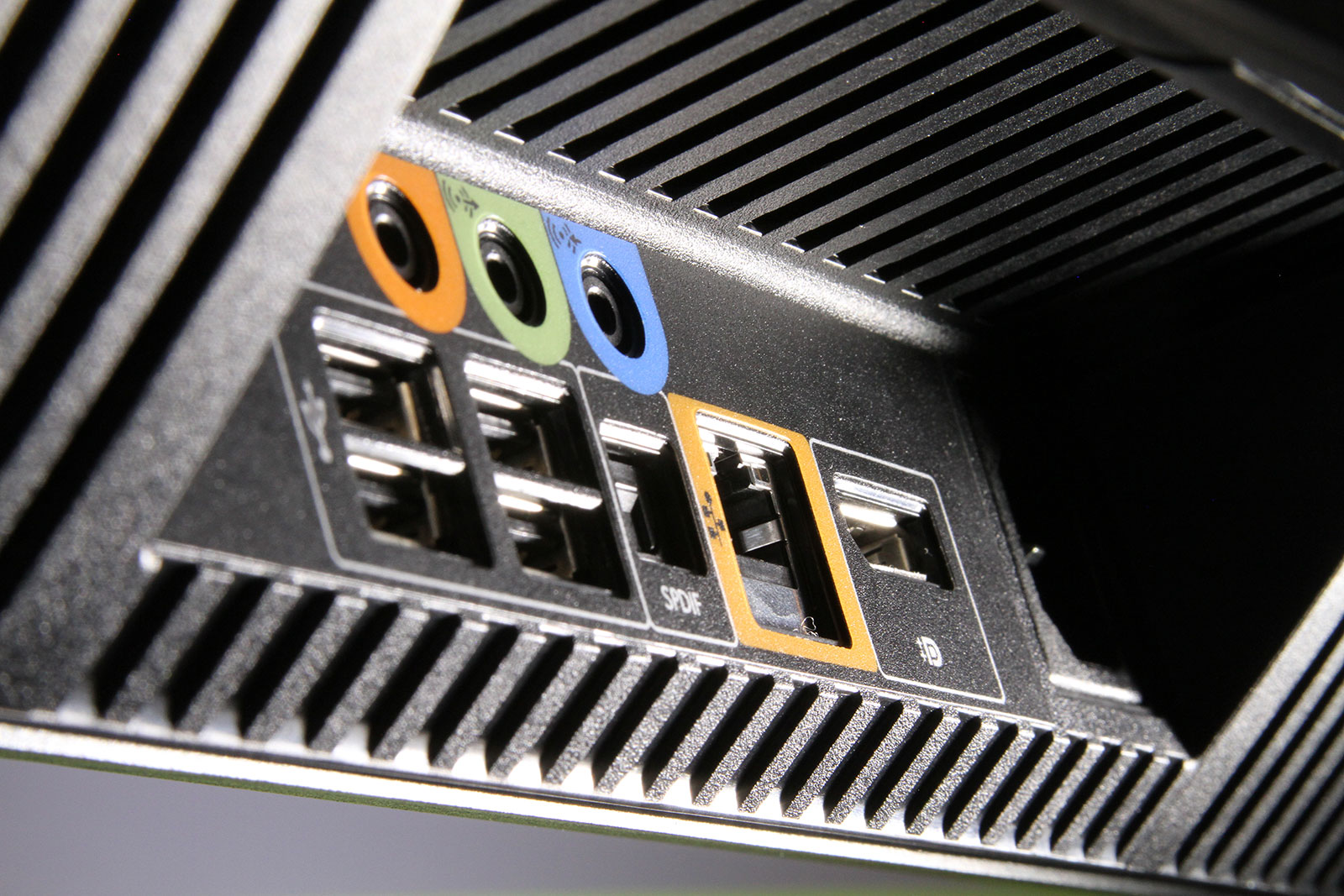 On the back, in a rather hard to reach area, there are more USB 2.0 ports, audio output, Ethernet and a DisplayPort connection. 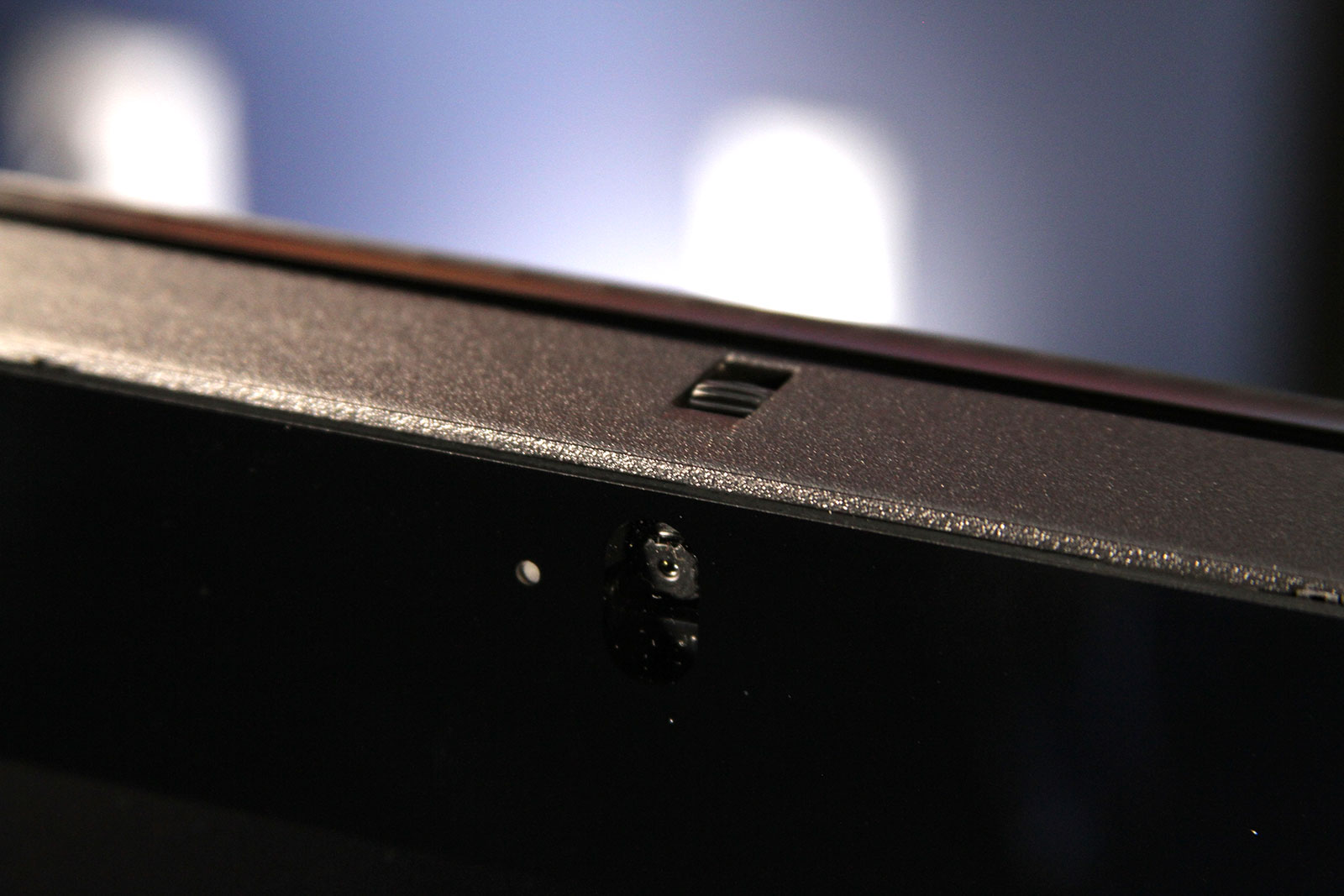 The top of the display also has a webcam with an adjustable angle. 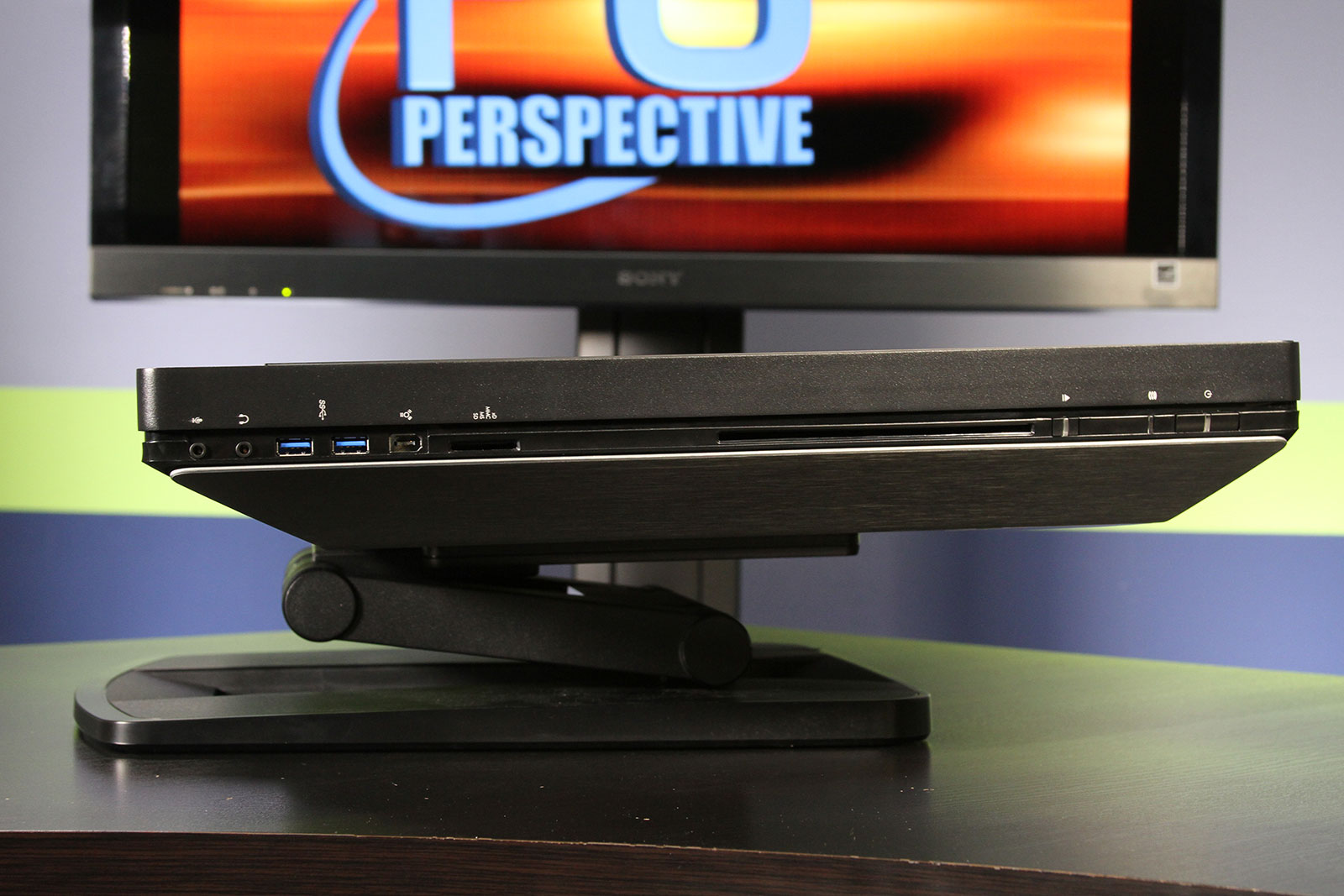 Folded down and ready for movement for to open the chassis, the Z1 is flexible. 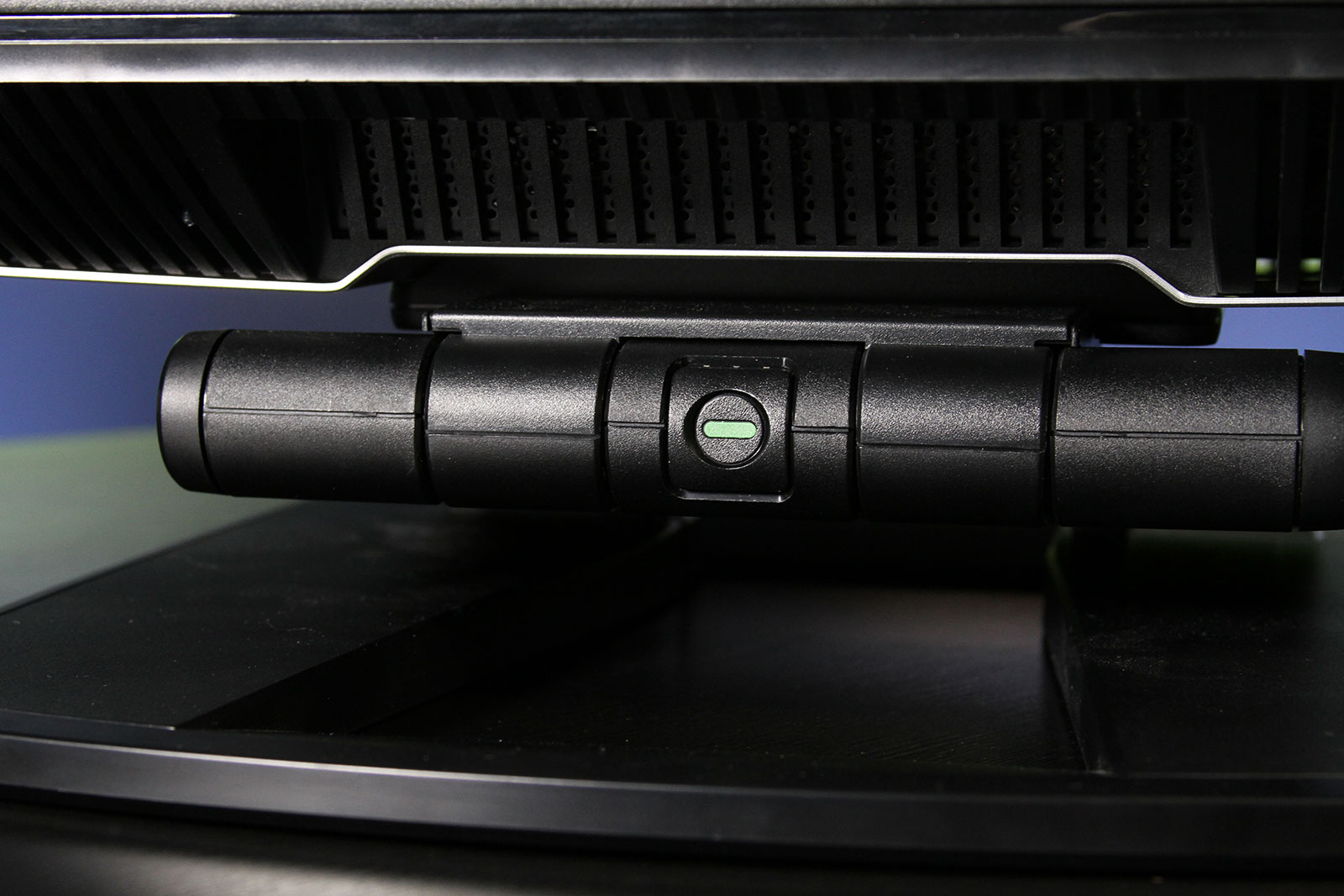 This button releases the locked in place stand. 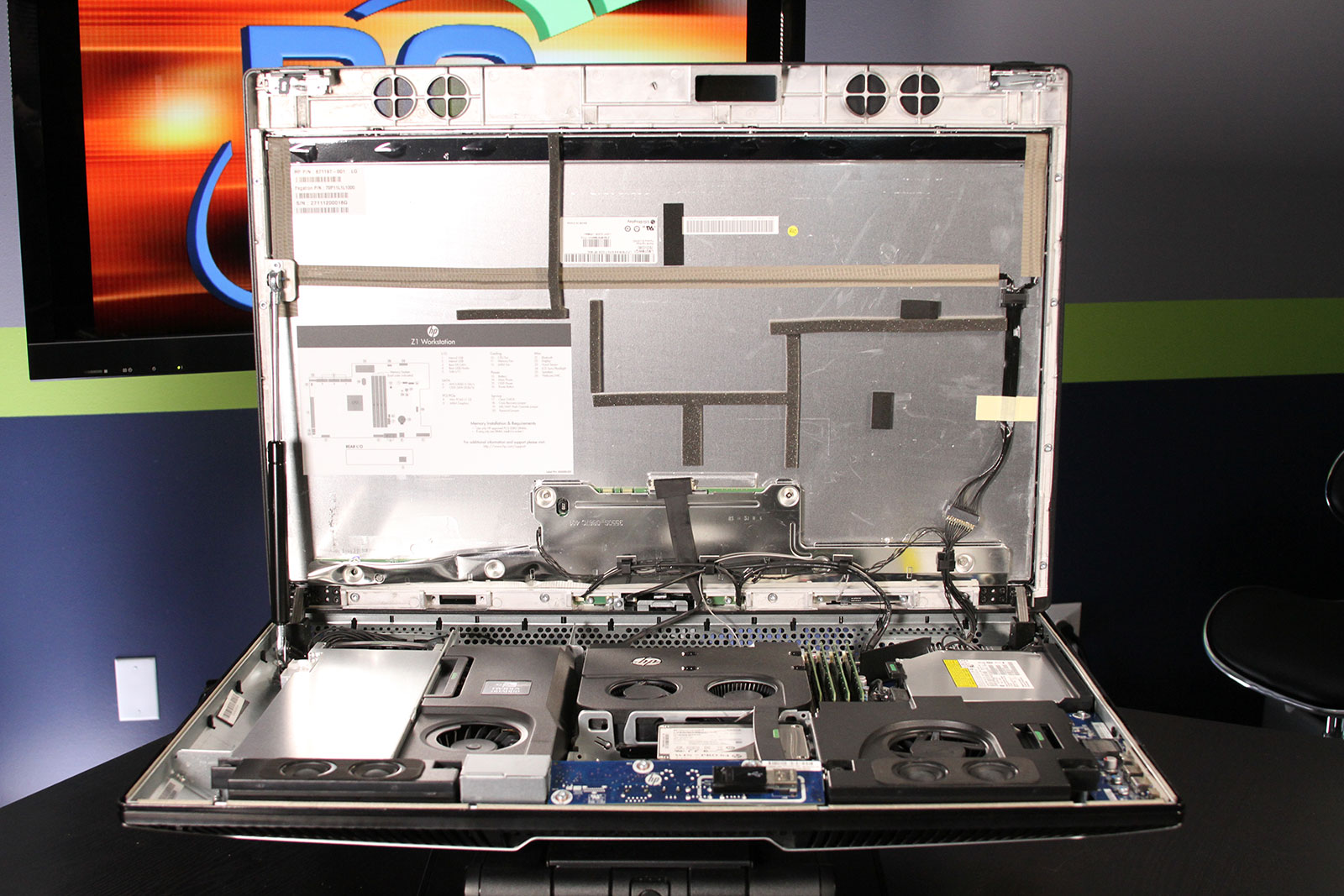 Opening up the system is quite easy and require using a couple latches under either side of the display. 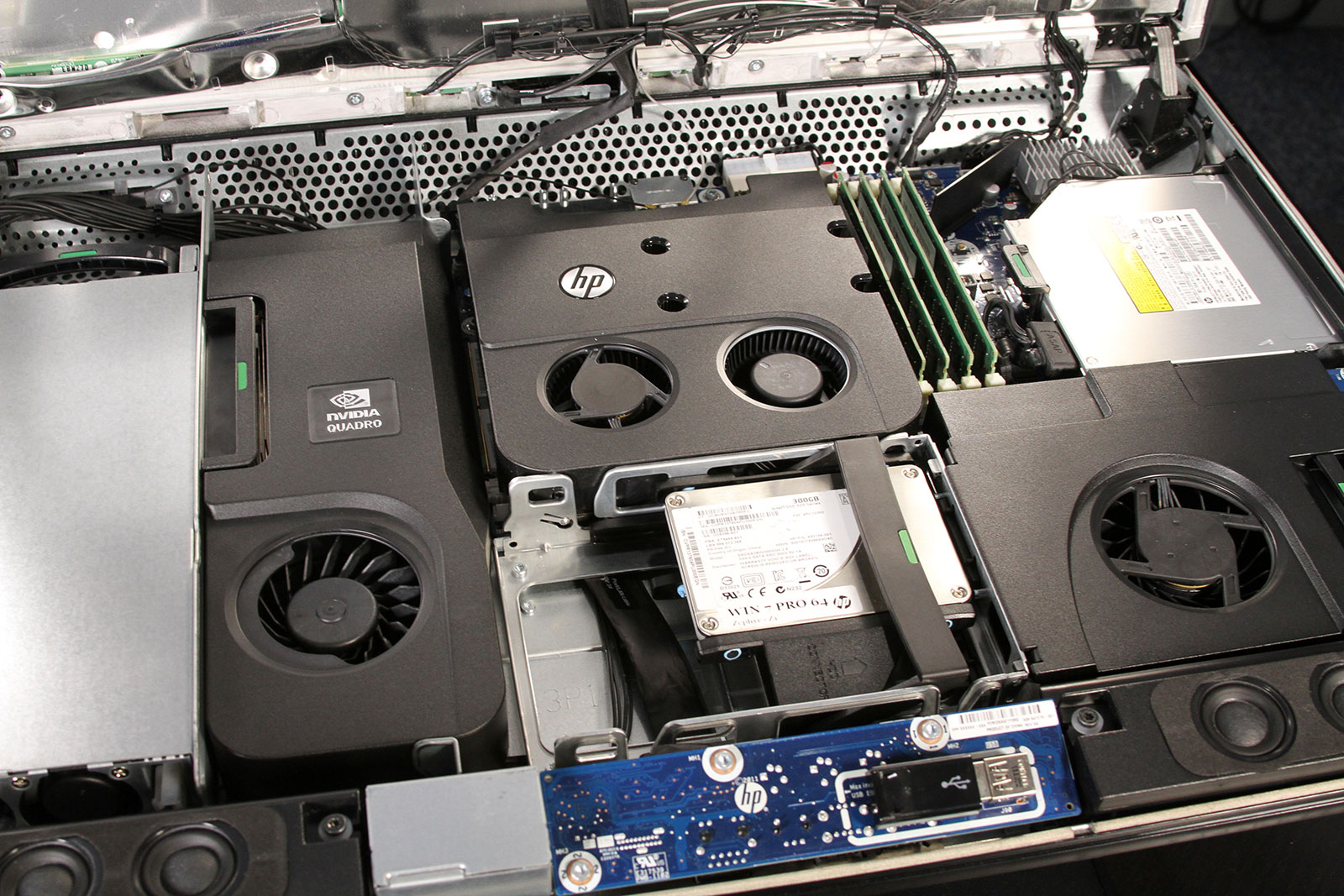 The internals of the HP Z1 are clean and organized. 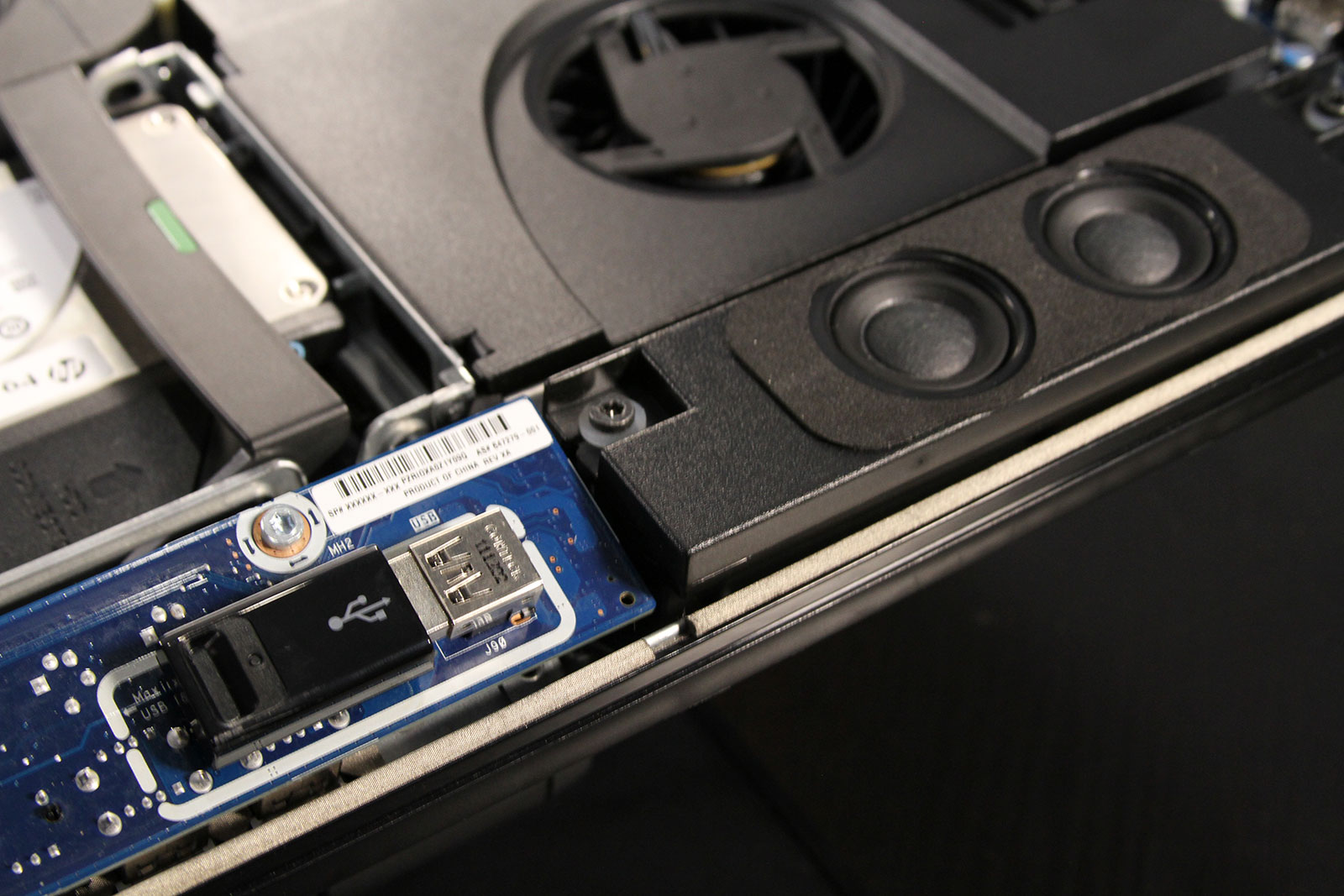 At the front of the chassis you'll find the integrated speakers and a USB port used for wireless keyboard/mouse combinations. 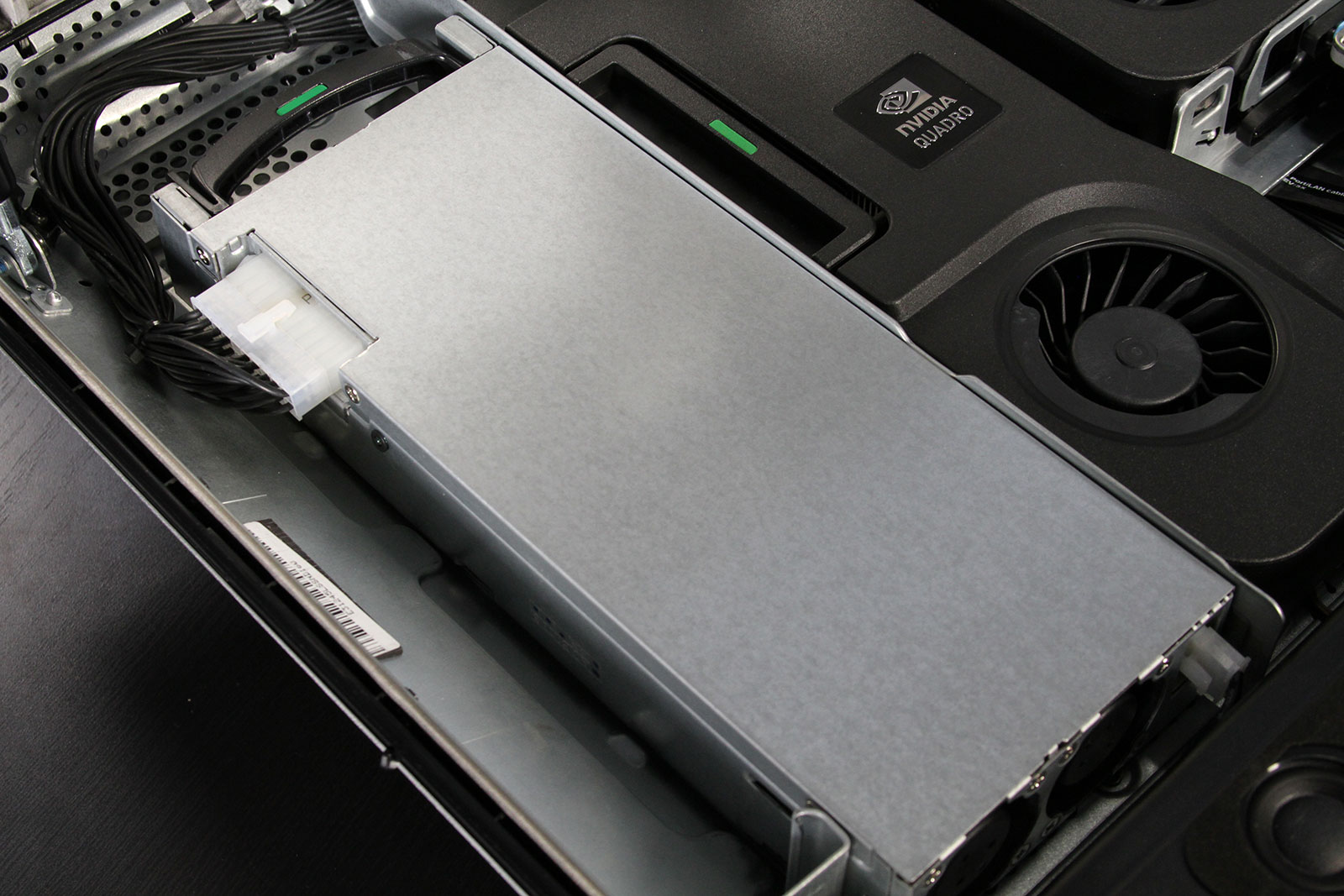 The 1U style power supply is on the left hand side. 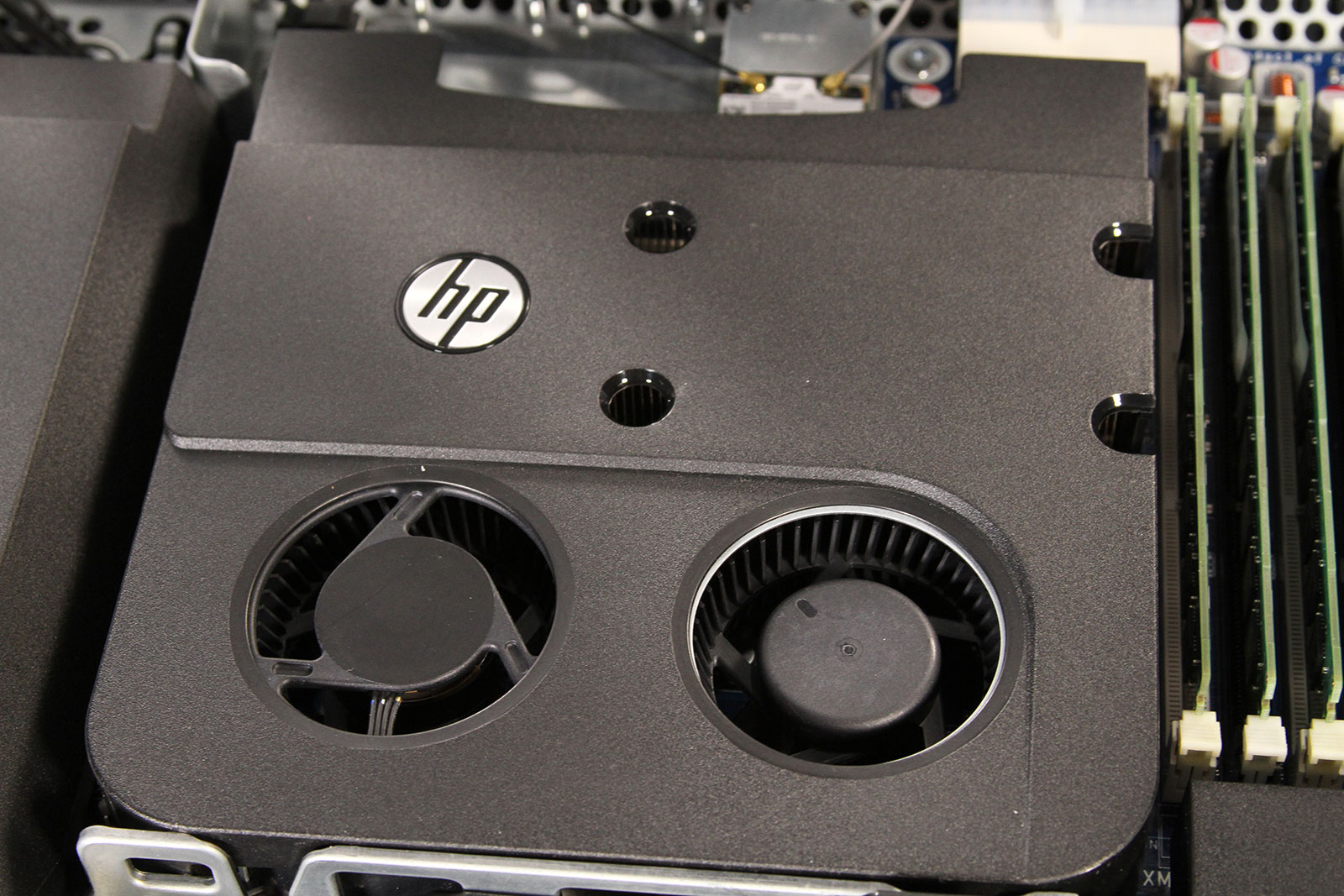 Under this shroud is the Intel Xeon processor and heatsink. 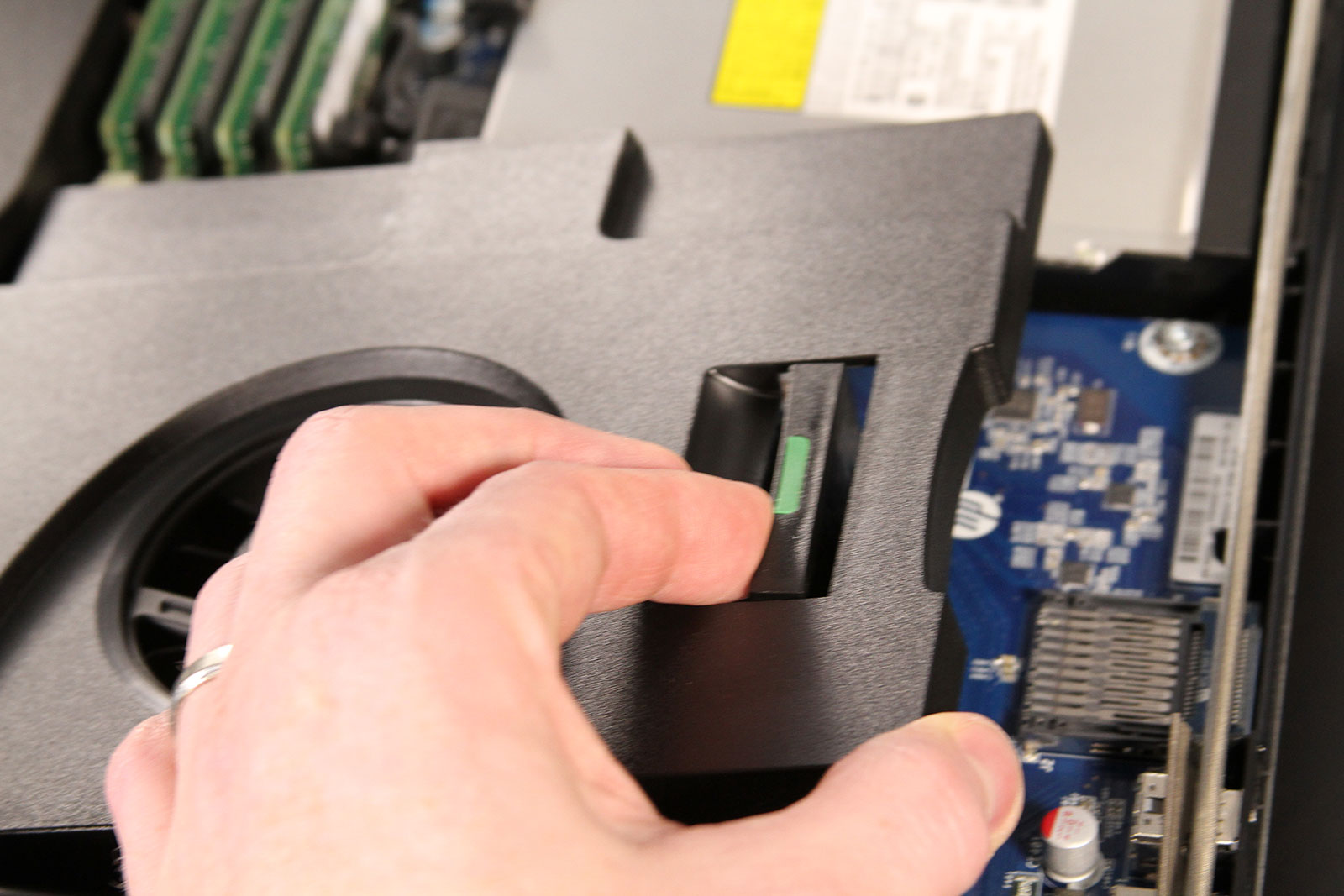 All of the internals use server-style housings that are easily removed. 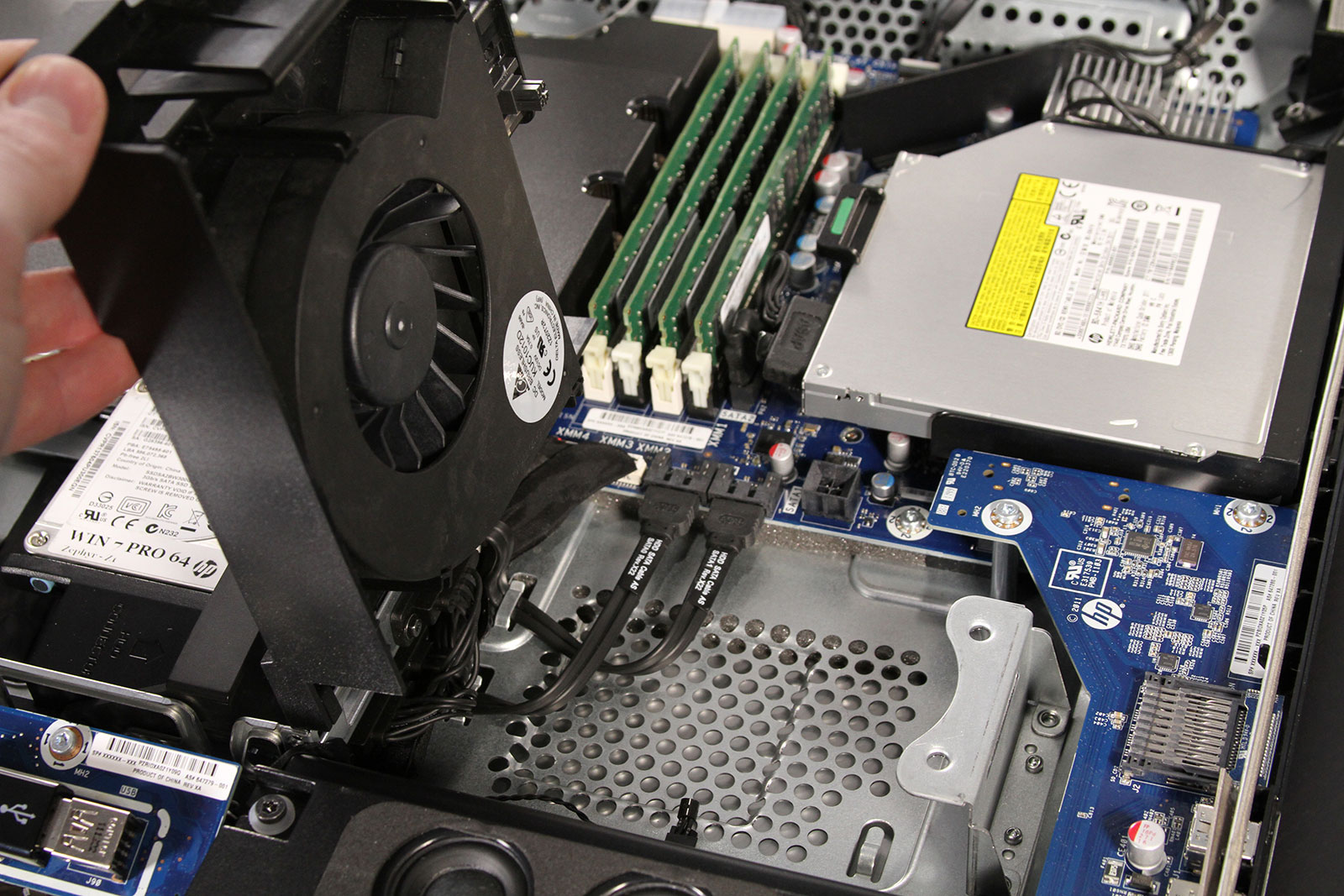 Fans are all cable-free and use 4-pin connections. 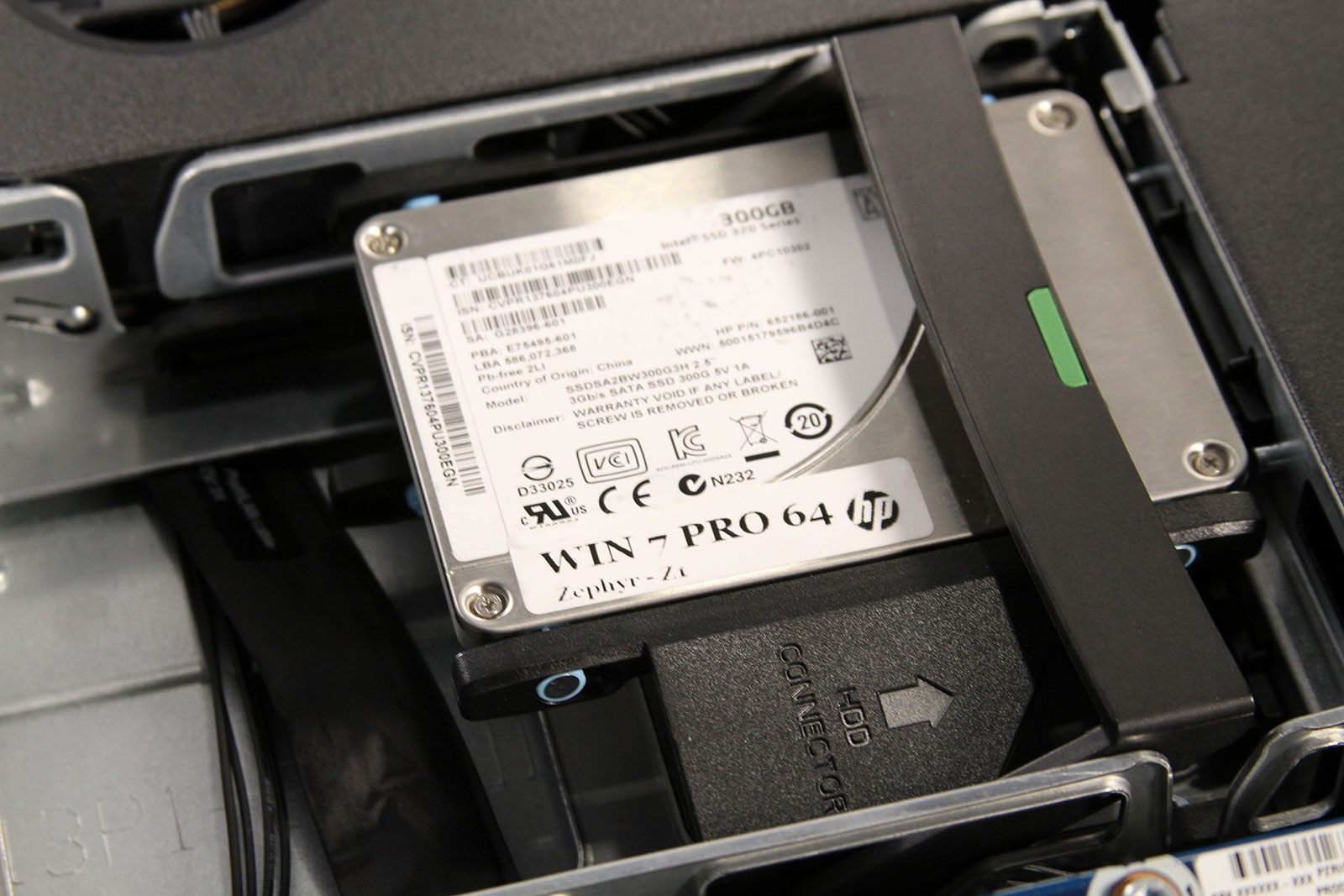 The SSD is mounted in a removable sled that has room for one more 2.5-in drive. 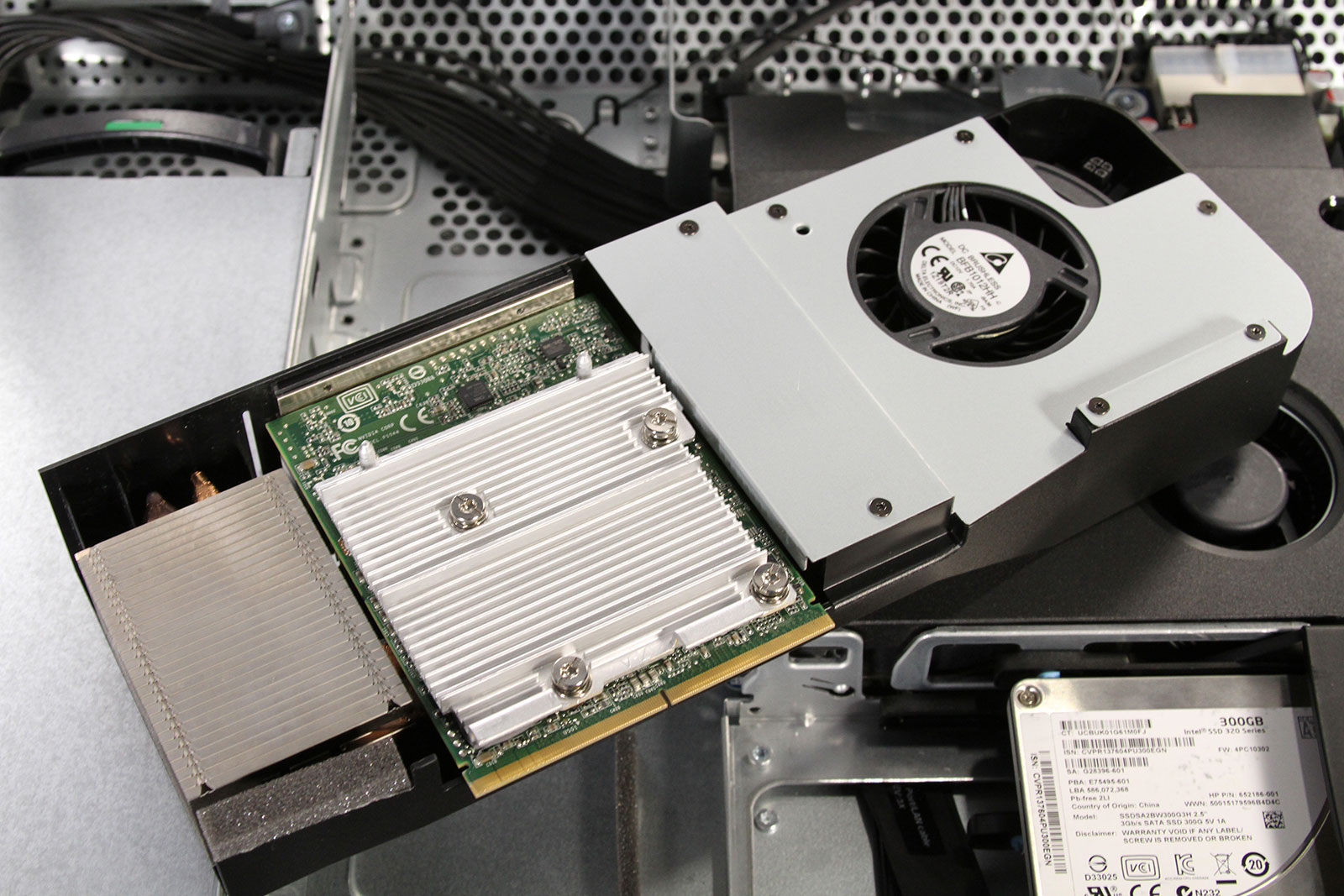 The Quadro 3000M GPU is on an MXM module that is plugged into a x16 PCIe slot on the board. 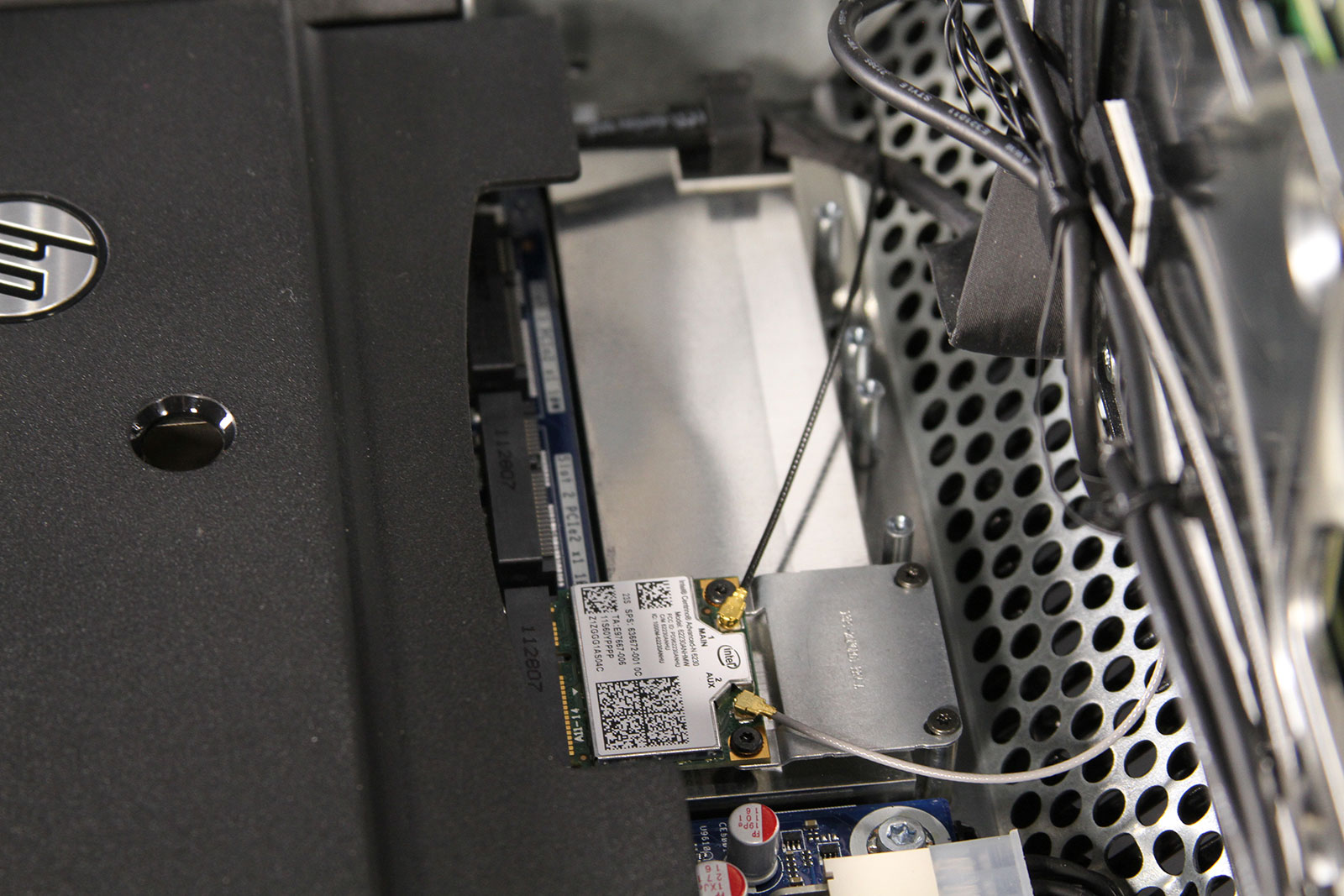 Above the CPU area you'll find three mini-PCIe slots, one of which is occupied by an Intel Centrino wireless adapter. 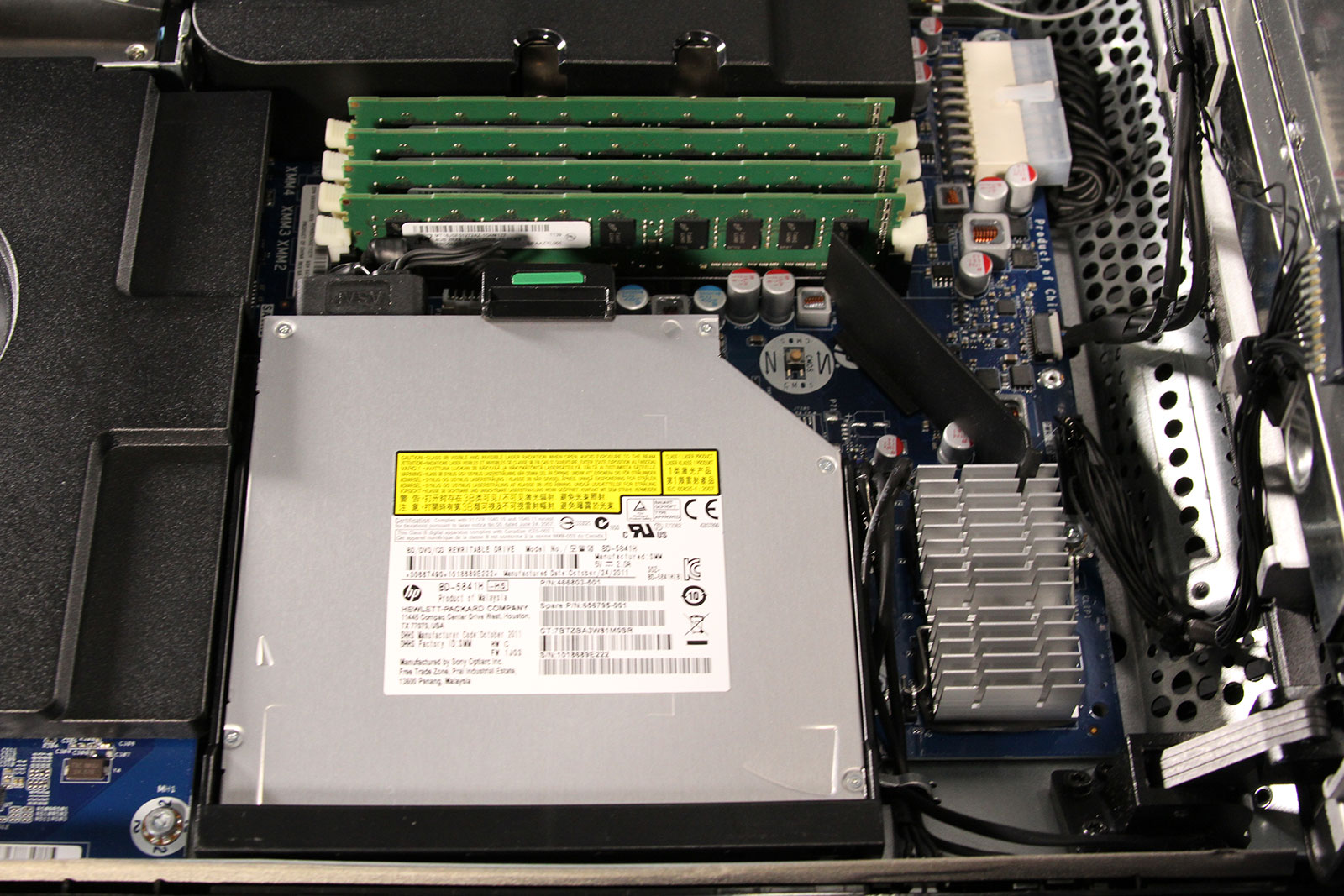 Full-size DIMMs and a slim optical drive occupy the rest of the space. 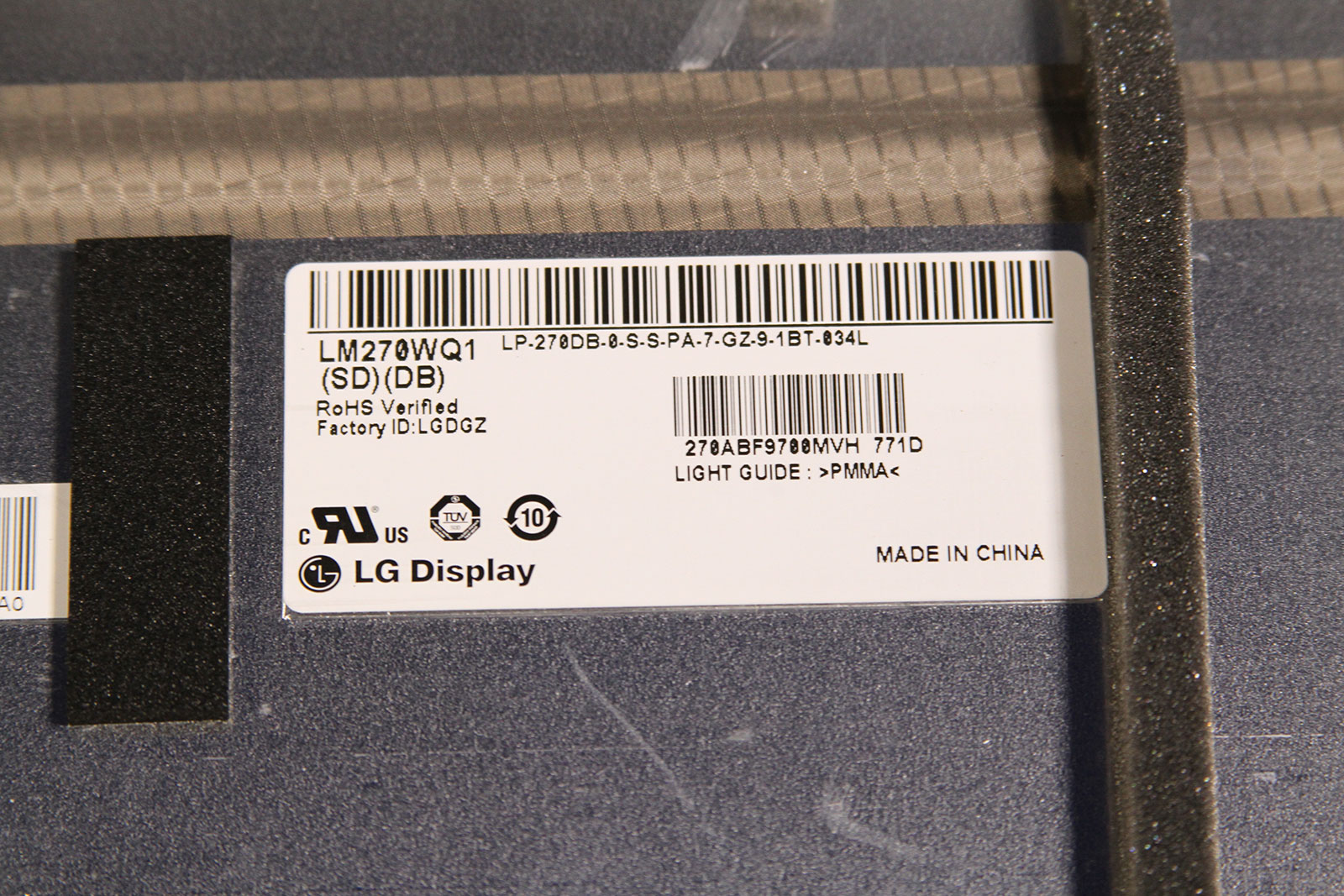 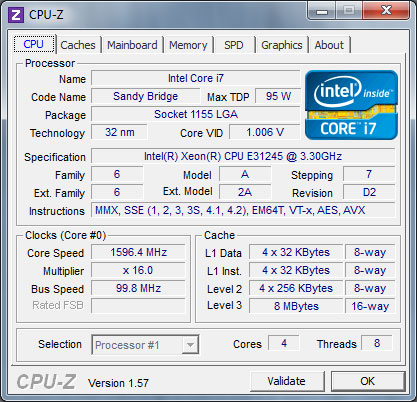 The HP Z1 as we tested it performed well on the CPU side, on par with the Sandy Bridge-based Core i7-2600K. 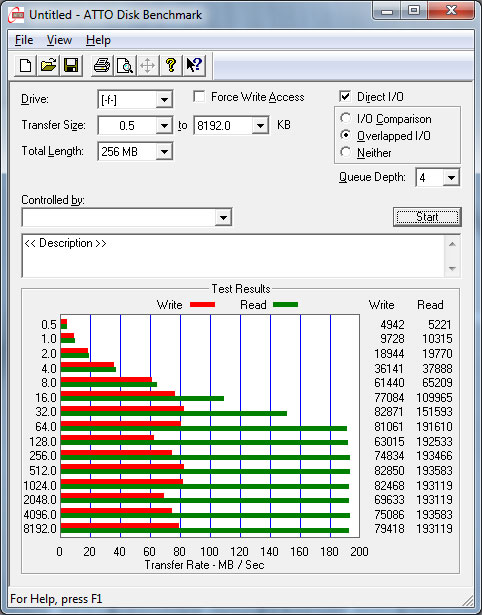 The Intel 320 series SSD runs on SATA 3G (SATA II) speeds and thus is a bit more limited than we would like but it still manage to keep the system humming long. 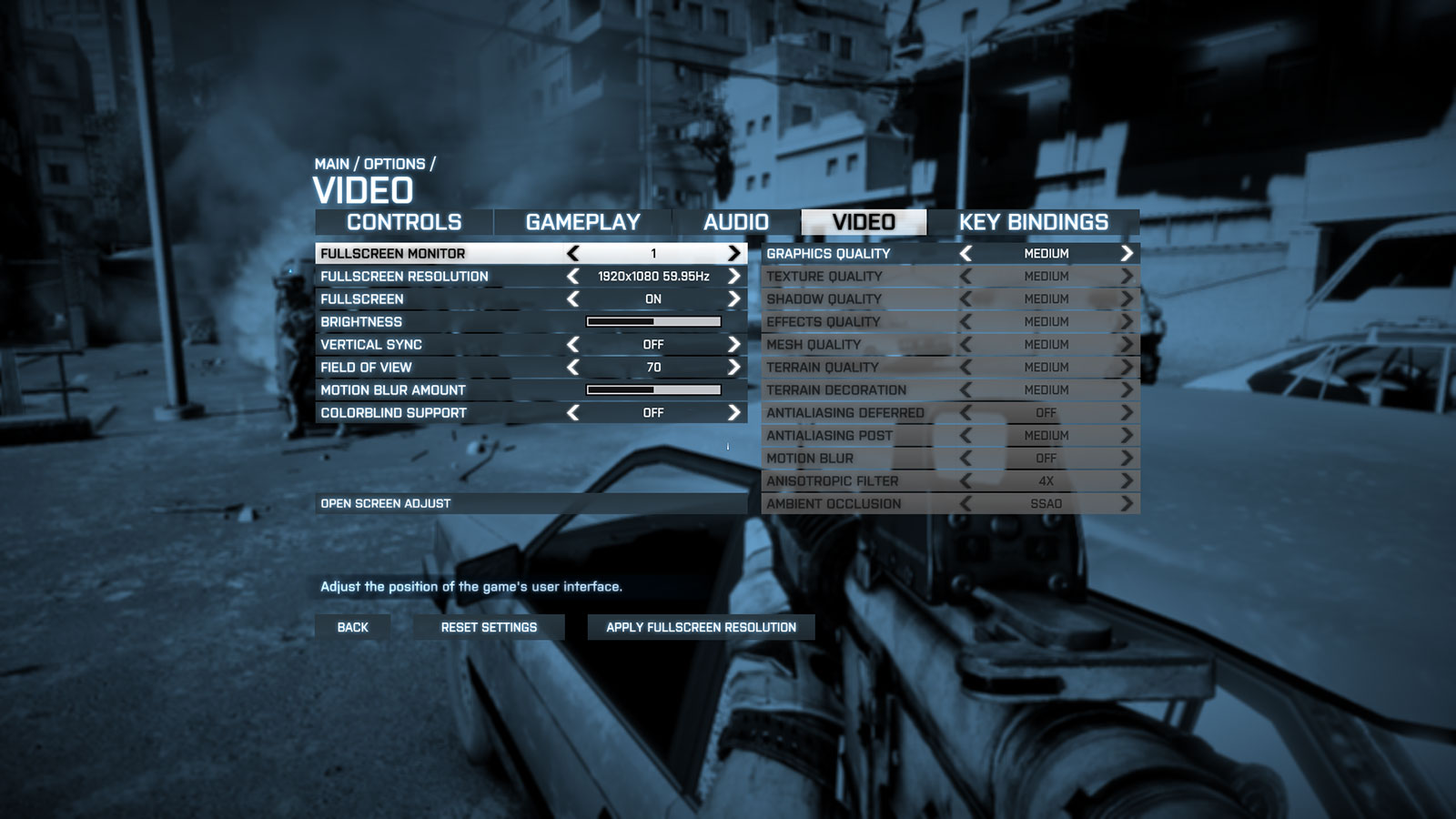 The performance of the Quadro 3000M was tested in two games just to give us som relative direction.  It did okay with a shader count  that rests between the GeForce GTX 550 Ti and GTX 560. 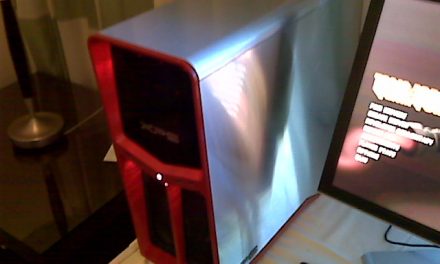 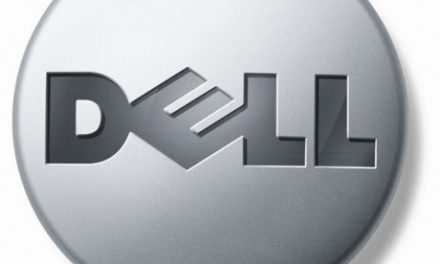 Getting more from your system with the new CPU prictng