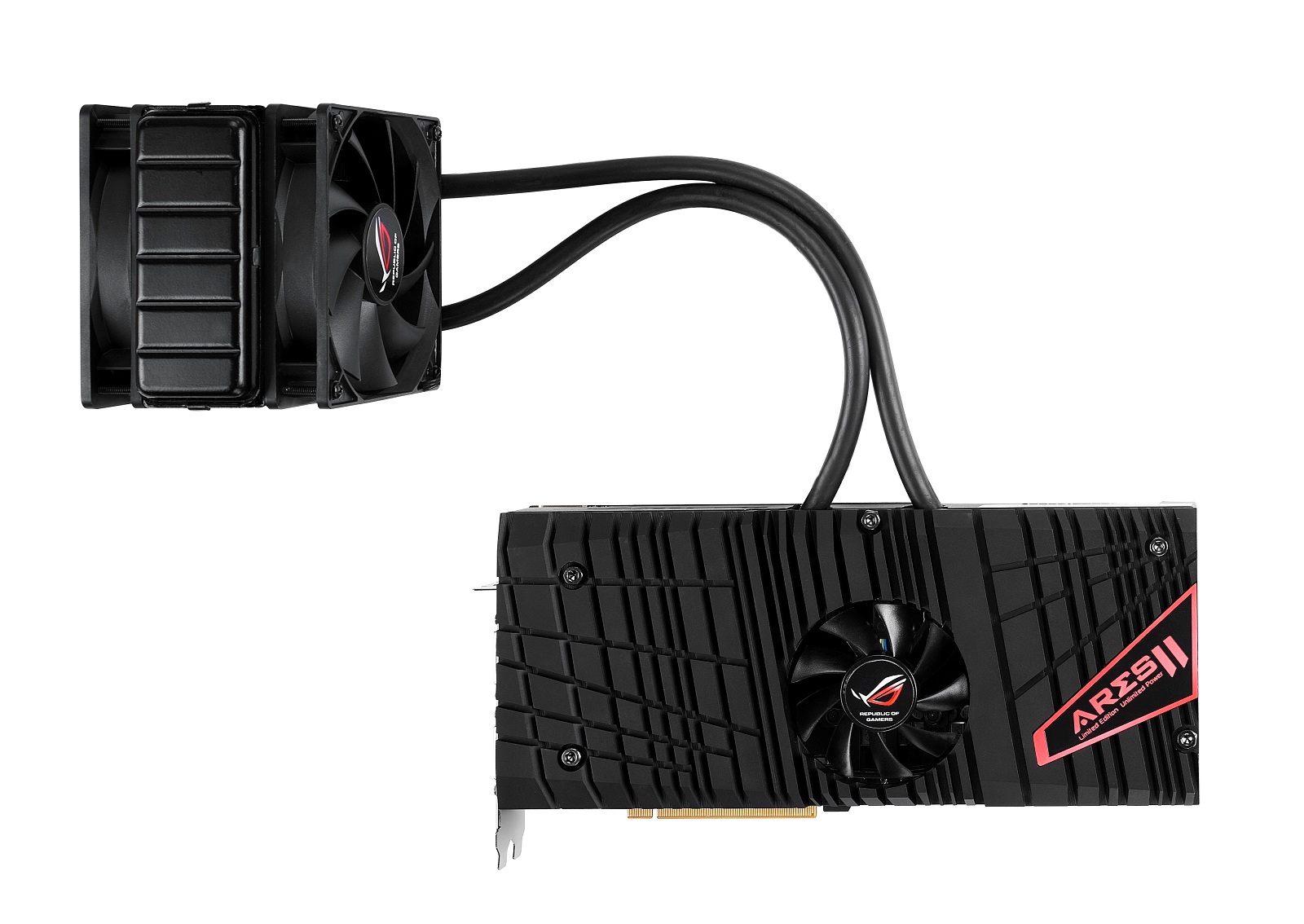 ASUS has just announced it's Limited Edition ROG ARES II Graphics card, and boy is it a doozy!

Dual AMD Radeon 7970 GPU's clocked at 1100 MHz are paired with 6 GB of DDR5 running at a speedy 1650 MHz memory clock.  This monster needs 3 8 Pin power connectors from the minimum recommended 850 watt power supply that can push at least 42 Amps on the 12V rail. 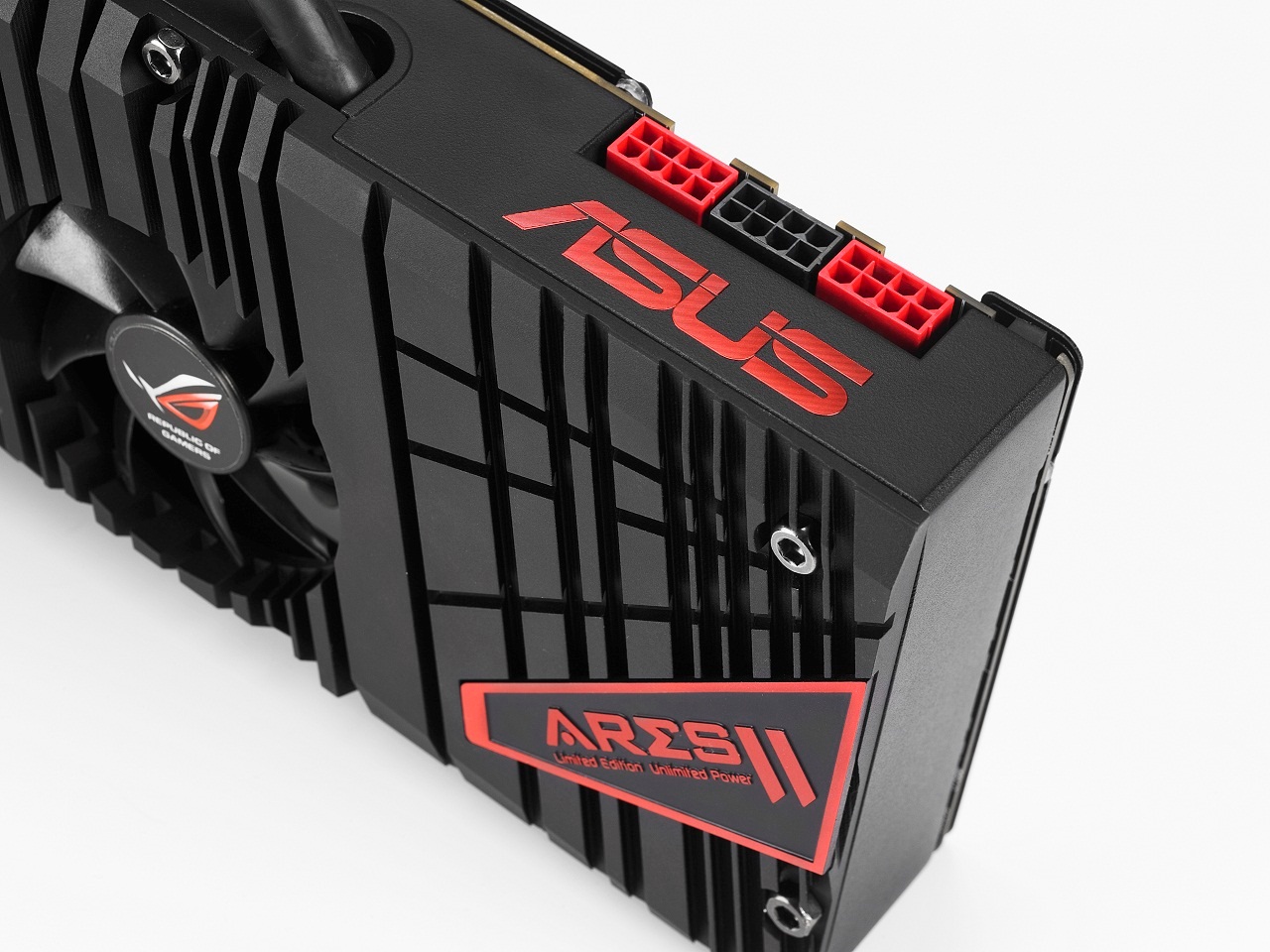 The ARES II will come with a 'hybrid cooling setup' that includes a custom cooler using both liquid and air cooling.  A closed-cycle liquid system with dual 120 mm fans and a radiator block cool the GPU while an 80mm 'dust-proof' fan gives additional cooling for the memory, power and other critical components.  ASUS is claiming that the cooling setup will keep everything stable even under full load and can achieve 13% more performance while running 30C cooler temperatures when compared to a reference GTX 690.

Ryan was able to snap a few pics of the card at the ASUS booth and we can't wait to get our hands on it, but with pricing and availability yet to be announced, this may be a card out of reach of most of us. 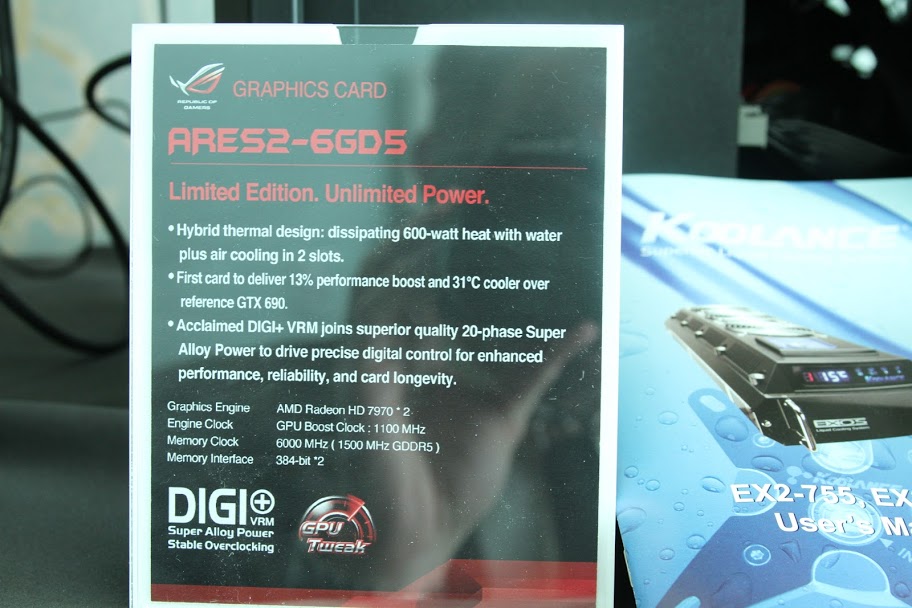 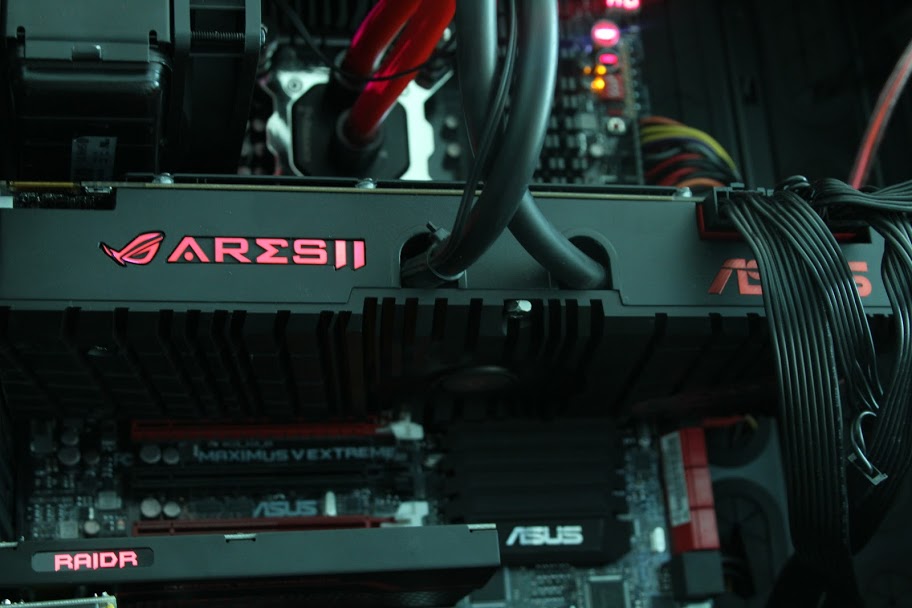