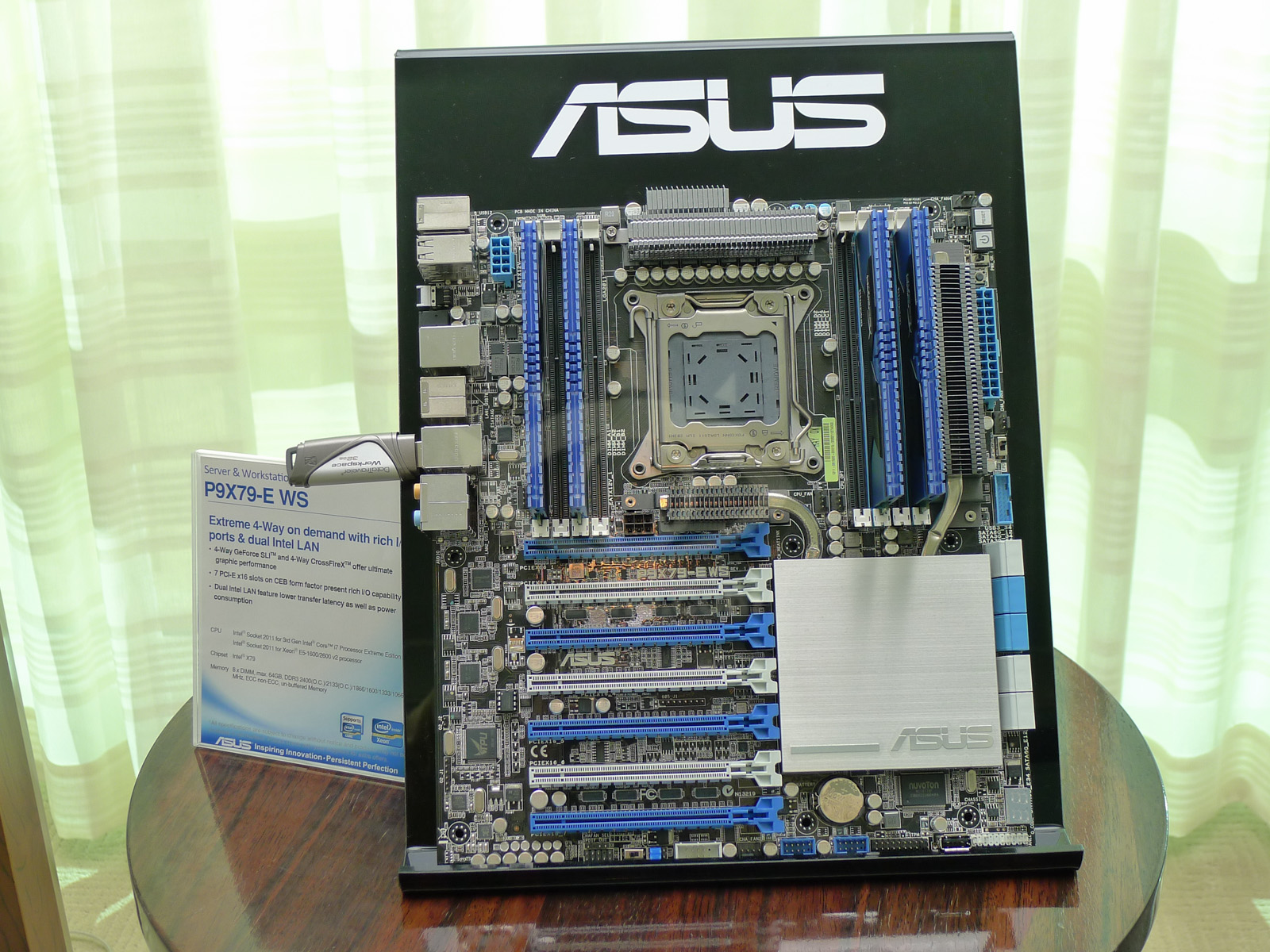 ASUS is showing off a new flagship X79 motherboard at CES called the P9X79-E WS. The workstation-class board is packed with hardware and ready to take Intel’s socket 2011-based Sandy Bridge-E processors to the extreme. The P9X79-E WS is of the E-ATX variety and features a LGA 2011 socket nestled between eight DDR3 DIMM slots. The board can support a maximum of 64GB clocked at 2400 MHz. An eight-pin CPU power and standard 24-pin ATX connector supplies power to the board while ASUS’ 10+2 phase DIGI+ VRM delivers clean power to the processor and memory. 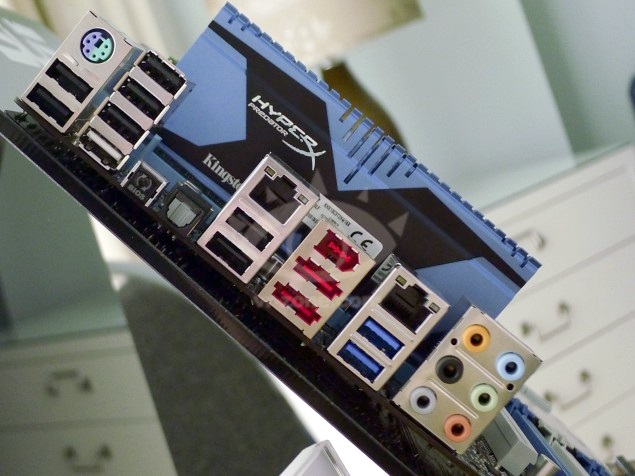 Rear IO on the ASUS motherboard includes the following ports:

While not quite as outlandish as the Zeus and Wolverine prototype motherboards ASUS showed off at Computex, the P9X79-E WS is a high-end board that should actually see the light of day. Unfortunately, ASUS has not released any official pricing or availability for its new flagship X79 motherboard yet. WCCF Tech has several close up photos of the ASUS board worth looking at as well.