While there is no official hardware yet, the new operating system will be aimed at both low-end and high-end smartphones alike. It will support the standard array of smartphone functions–phone, sms, email, web browsing, and apps–along with the familiar Ubuntu user interface that is navigated by touch gestures. Ubuntu for phones will run on x86 and ARM hardware and is compatible with the Android Board Suppot Package. That means that users can actually run Ubuntu on many existing smartphones which are currently running Google's Android OS. Unlike Android, there is no Java VM, and the Ubuntu for phones operating system can run both HTML5 and native applications. At CES, Canonical demonstrated the OS using a Galaxy Nexus smartphone. 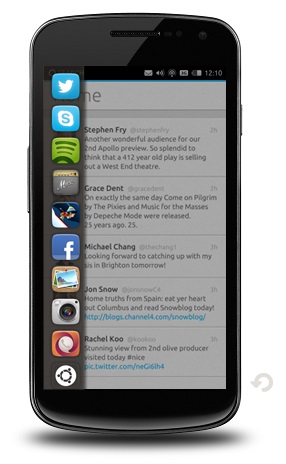 Ubuntu smartphones will feature a familiar Unity-like user interface with a number of tweaks to make it easier to navigate using a touchscreen. The OS will use a feature called Edge Magic, which includes swipe gestures inwards from each side of the phone to open applications, read notifications, change settings, and return to the home screen. Users can also use voice and text commands to control the smartphone. For example, users can swipe left to open the application launcher, drag from the left side to the right side of the screen to display all currently running apps, and drag up from the bottom to open application-specific settings. Swiping from the right acts as the 'back' function while dragging down from teh top opens the notifications and device-wide settings. There are no hardware buttons with Ubuntu for smartphones, and Canonical founder Mark Shuttlework has stated that keeping UI elements hidden until needed was a priority with Ubuntu for phones. 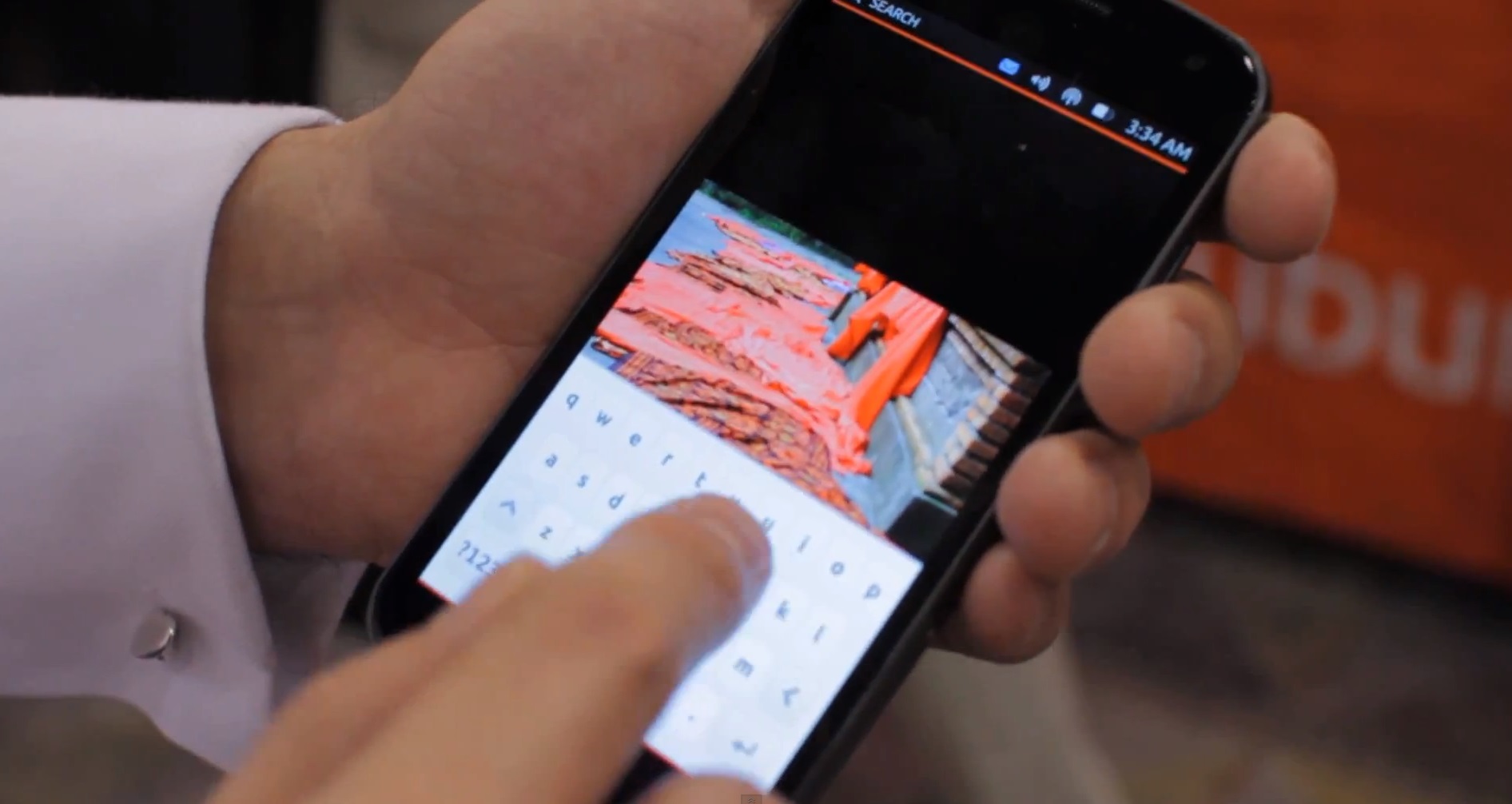 Ubuntu for phones is aimed at a wide range of smartphone hardware. On the low end, Ubuntu needs at least a dual-core ARM Cortex A9, 1GB of RAM, and 4GB of internal storage. The budget smartphones will run native apps (ideally) faster than similar code on Android due to the apps being closer to the hardware. Multitouch will be supported but the destkop functionality when the phone is docked is not available. On the other hand, high end smartphones will be able to access a full Ubuntu desktop when the phone is docked along with a mouse and keyboard.

Additional features of Ubuntu for smartphones include global search of applications, content, and products, Deep Content Immersion, and personalized artwork on the welcome (lock) screen. Further, Ubuntu One cloud storage, enterprise management tool compatibility, and regular updates are also rolled into the operating system. Ubuntu does include scopes which are similar in function and aesthetics to desktop Ubuntu. The scopes include a list of applications, contacts, videos, and music (among others).

Interestingly, users of the Galaxy Nexus smartphone will be able to test drive Ubuntu for smartphones later this year by flashing their device with the new OS. As far as retail hardware with Ubuntu pre-installed, Canonical is reportedly working on developing partnerships with handset makers. Canonical hopes to being shipping devices begining in Q4'13 or Q1'14.

It is certainly a project that I will be following closely. With the untimely hardware failure of my Nokia N900, I am in need of a new power user-friendly smartphone. And an Ubuntu-powered mobile sounds like the perfect upgrade for me!

What do you think about Canonical's latest venture?

ModdEverything checks out Ubuntu running on a smartphone at CES 2013.