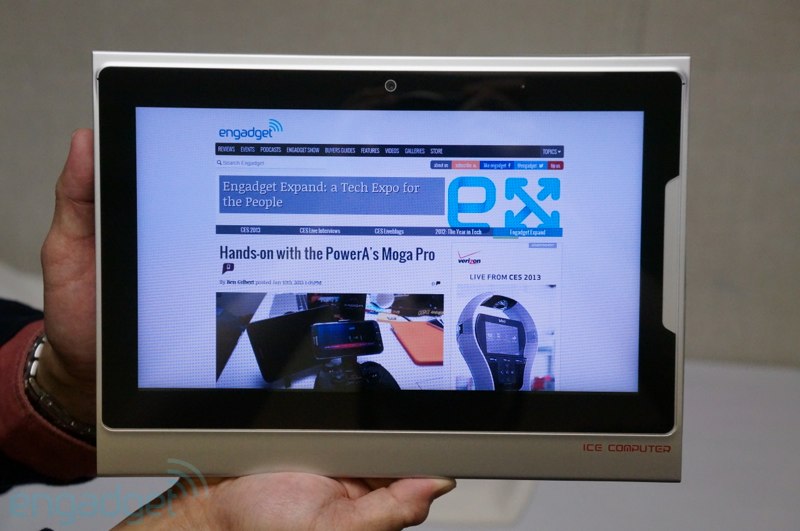 Engadget caught up with Ice Computer on the CES show floor to check out the progress on its modular xPC system. At Computex last year, the company had a prototype of the xPC, and now at CES Ice Computer has both the xPC and the dockable tablet display to demonstrate.

The xPC is a small plastic chassis containing a full computer sans display or traditional outputs. It weights approximately 50 grams and is similar in form factor to a thick cell phone. It will slide into the xPad tablet dock like a gaming cartridge on a classic (wow, I feel old) console. The xPC can also be docked into a xTop dock which connects to a television or desktop monitor along with a keyboard and mouse.

The xPad is essentially a tablet chassis, touchscreen display, and IO ports that has a slot where the xPC docks. The xPad gets it’s processing and storage guts from the xPC meaning it cannot be used on its own. The current xPad design has a capacitive touch display with a resolution of 1366 x 768, front facing webcam, and an estimated six to eight hours of battery life. The right side of the tablet is a USB port, SD card slot, and a headphone jack. Along the left edge is the power button and volume rocker, and slot for the xPC to dock. Ice Computer expects the xPad tablet dock to be available around the same time as the xPC for $200.

The xTop will come out sometime after the xPC and xPad with an as-yet-unknown price.

The xPC is somewhat interesting in its goal, but I worry that its execution will be its undoing. Ice Computer wants the xPC to be your only computer, such that you take it everywhere and simply dock it into various devices to get more IO, a larger display, or a physical keyboard. Unfortunately, people are already carrying around a computer everywhere and it has a display and longer battery life all its own: the modern smartphone. Android, and in the future Ubuntu, smartphones can be connected to displays along with physical keyboards and mice to access a full desktop. They can be placed into docks, and in the Asus version can even be docked into a larger slate tablet (the PadPhone). I can’t shake the feeling that the xPC has a noble goal but while it is sitting in development uncertainty (there is scant information online about Ice Computer and while progress is being made, release dates are far in the future, for the tech world anyway) the xPC is being surpassed by the increasingly-popular smartphones. (Even Josh has a smartphone now!)

Further, with systems like the Raspberry Pi, enthusiasts can alreay hack together their own dockable, portable computer (expect maybe the tablet aspect) for less than even the base xPC much less the additional docks needed to make ti work.

With that said, Ice Computer’s xPC has one saving grace and that is to cater to Windows users. It could very well be a decent dockable computer that runs Windows and its plethora of applications and legacy software. The various smartphones and mini ARM-powered PCs cannot run Windows, so the xPC could carve out a niche for itself in that area. Not quite the revolutionary dockable dream, but an area where i could see it being viable.

Here’s hoping it sees the light of day sometime this year and reviewers can see it in action.

What do you think about the xPC and it’s goals? 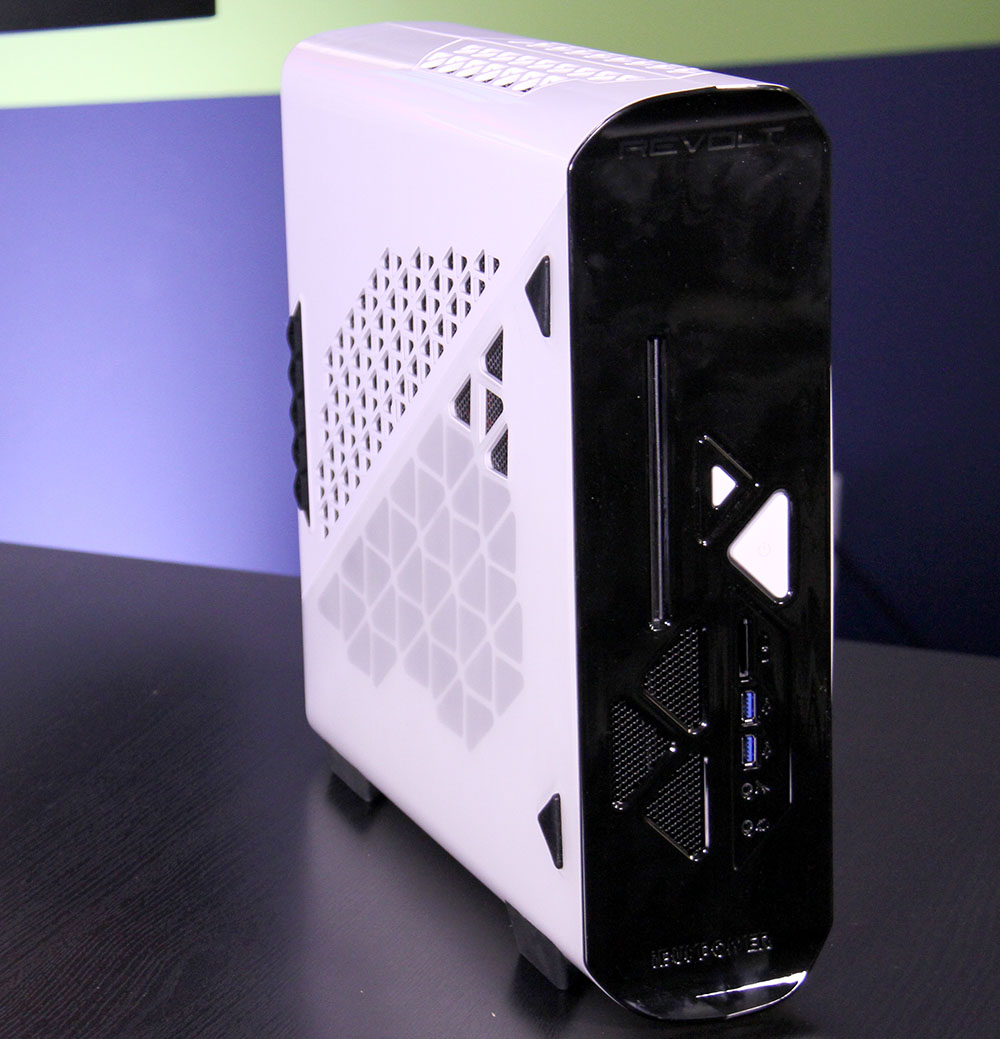