While wandering around the Intel booth we were offered a demo of the graphics performance of the upcoming Haswell processor, due out in the middle of 2013.  One of the big changes on this architecture will be another jump up in graphics performance, even more than we saw going from Sandy Bridge to Ivy Bridge.

On the left is the Intel Haswell system and on the right is a mobile system powered by the NVIDIA GeForce GT 650M.  For reference, that discrete GPU has 384 cores and a 128-bit memory bus so we aren't talking about flagship performance here.  Haswell GT3 graphics is rumored to have double the performance of the GT2 found in Ivy Bridge based on talks at IDF this past September.

While I am not able to report the benchmark results, I can tell you what I "saw" in my viewing.  First, the Haswell graphics loaded the game up more slowly than the NVIDIA card.  That isn't a big deal really and could change with driver updates closer to launch, but it is was a lingering problem we have seen with Intel HD graphics over the years. 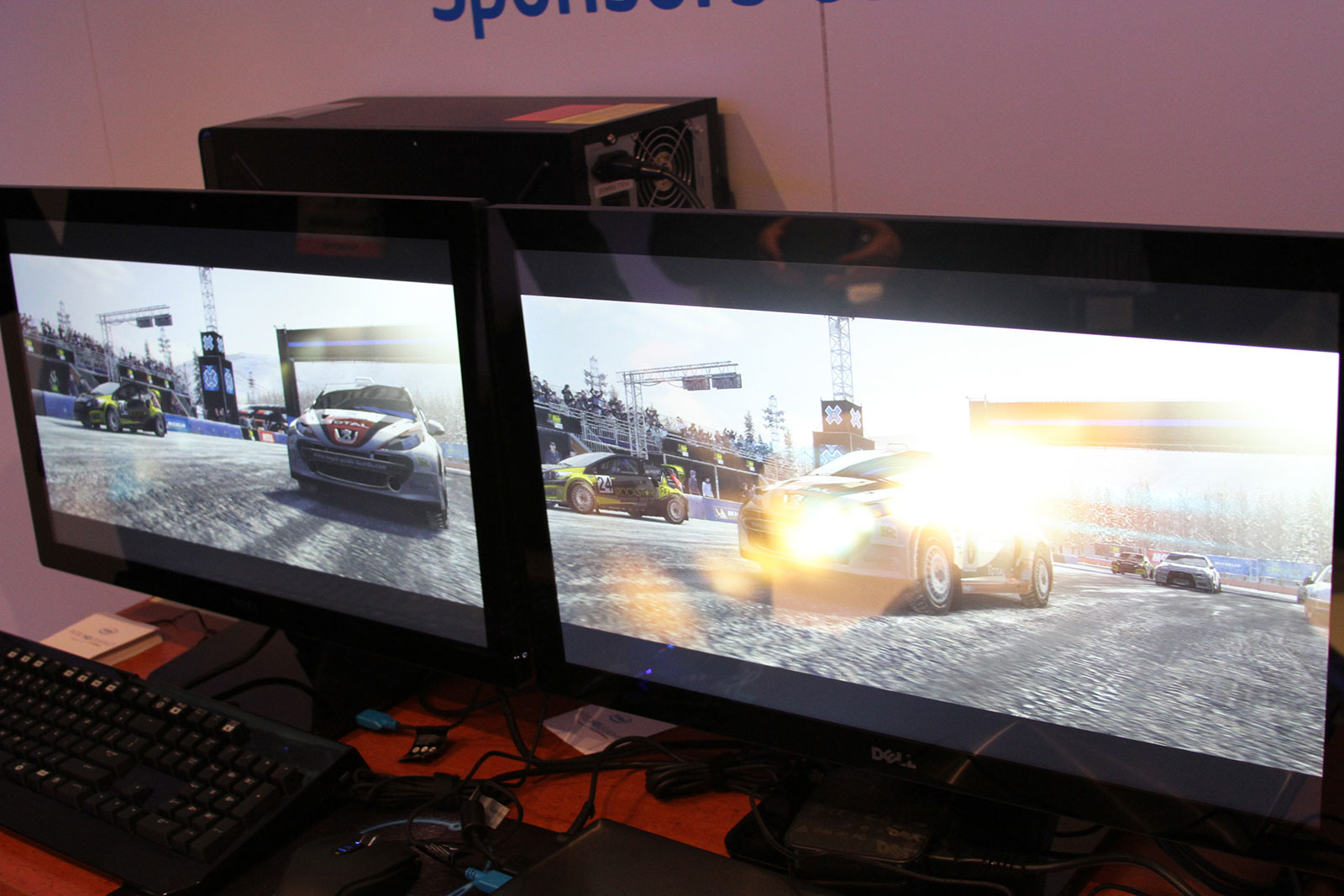 During the actual benchmark run, both looked great while running at 1080p and High quality presets.  I did notice during part of the loading of the level, the Haswell system seemed to "stutter" a bit and was a little less fluid in the animation.  I did NOT notice that during the actually benchmark gameplay though.

I also inquired with Intel's graphics team about how dedicated they were to providing updated graphics drivers for HD graphics users.  They were defensive about their current output saying they have released quarterly drivers since the Sandy Bridge release but that perhaps they should be more vocal about it (I agree).  While I tried to get some kind of formal commitment from them going forward to monthly releases with game support added within X number of days, they weren't willing to do that quite yet.

If AMD and NVIDIA discrete notebook (and low cost desktop) graphics divisions are to push an edge, game support and frequent updates are going to be the best place to start.  Still, seeing Intel continue to push forward on the path of improved processor graphics is great if they can follow through for gamers!