Panasonic is continuing to branch out from ruggedized notebooks into the world of tablets, and this time around the company is releasing two new ruggedized tablets that succeed the current-generation FZ-A1. The new Panasonic Toughpad FZ-G1 will run Windows 8 Pro while the JT-B1 will run Android 4.0 and use ARM hardware.

The Panasonic Toughpad FZ-G1 packs some respectable hardware for this type of ruggedized product. A dual core (with HyperThreading for four total threads) Intel Core i5-3437U processor running at 1.9GHz base/2.9GHz turbo, up to 8GB of RAM, and up to a 256GB SSD comprise the basic internal specifications. On the outside is a 10.1” touchscreen with active digitizer along with USB 3.0, USB 2.0, HDMI, microSDXC, RJ45, and serial ports. The FZ-G1 can also host a dedicated GPS and tap into Wi-Fi, Bluetooth, and cellular networks. The tablet is rated for various Mil-spec standards such that it can survive harsh working environments of industrial, military, public safety, et al jobs. The tablet does not come cheap though, as the ruggedized form factor comes at a high price – starting at $2,899 for the base model. Still, it is interesting to see that tablets are even being embraced in roles that ruggedized notebooks have long dominated. Notably, Panasonic has stated that it hopes to capture 50% of the ruggedized tablet market by 2015.

While the FZ-G1 runs Windows and has x86-64 hardware, the Panasonic Toughpad JT-B1 is smaller and goes with ARM internals and Google’s Android mobile OS. This 7” tablet maintains the same MIL-spec ratings as its bigger sibling, but weighs half as much. The JT-B1 features a 7” touchscreen with a resolution of 1024×600, a front and rear camera, and a micro USB port on the outside. Internally, the JT-B1 tablet includes a dual core TI OMAP 4660 (similar to the SoC used in Amazon’s Kindle HD tablets) running at 1.5GHz, 1GB of RAM, 16GB ROM for storage, and Wi-Fi, Bluetooth, and cellular radios. 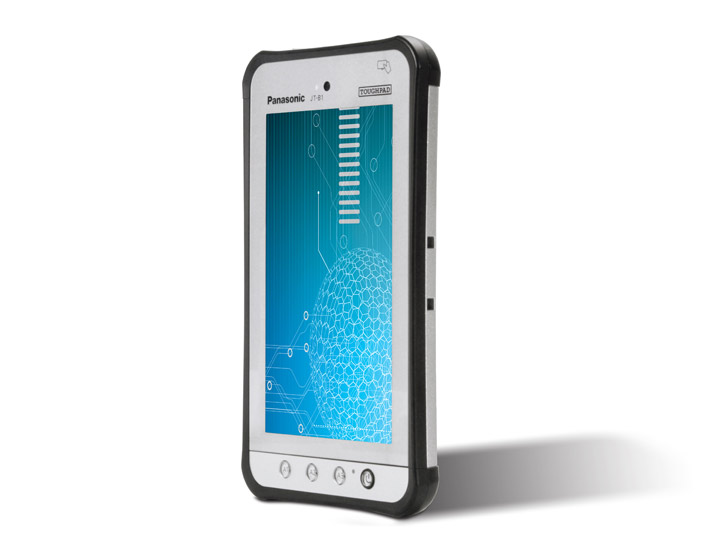 The Panasonic JT-B1 will run Android 4.0 and has a starting price of $1,199 making it only viable for the specialized industries that need such a ruggedized device–it is no Nexus 7 (but that’s a good thing for certain jobs). 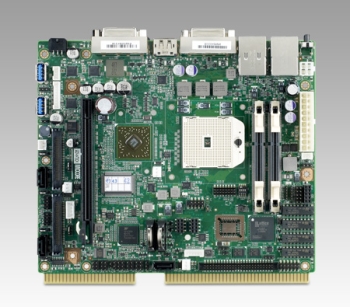 The iPad is fun for kids of all ages