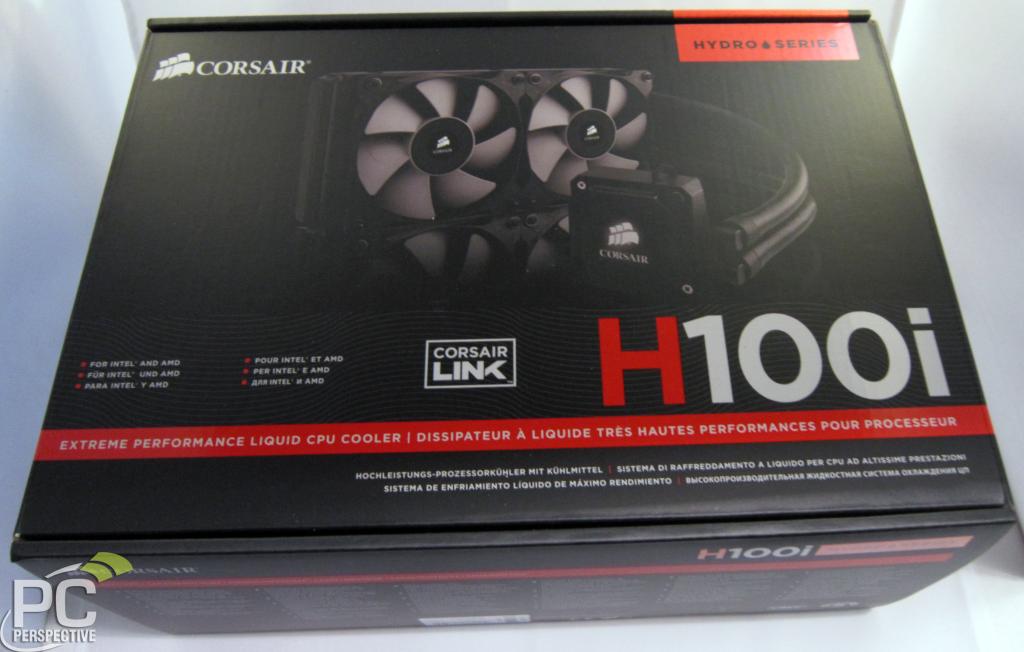 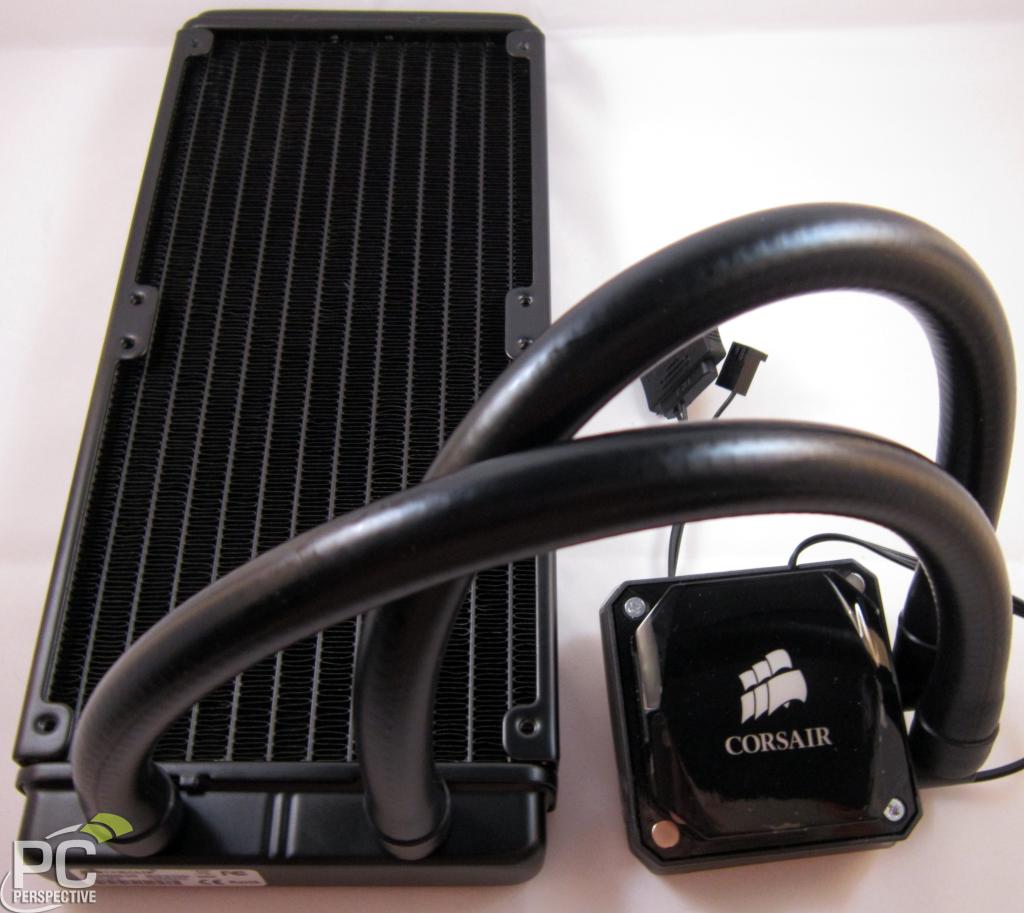 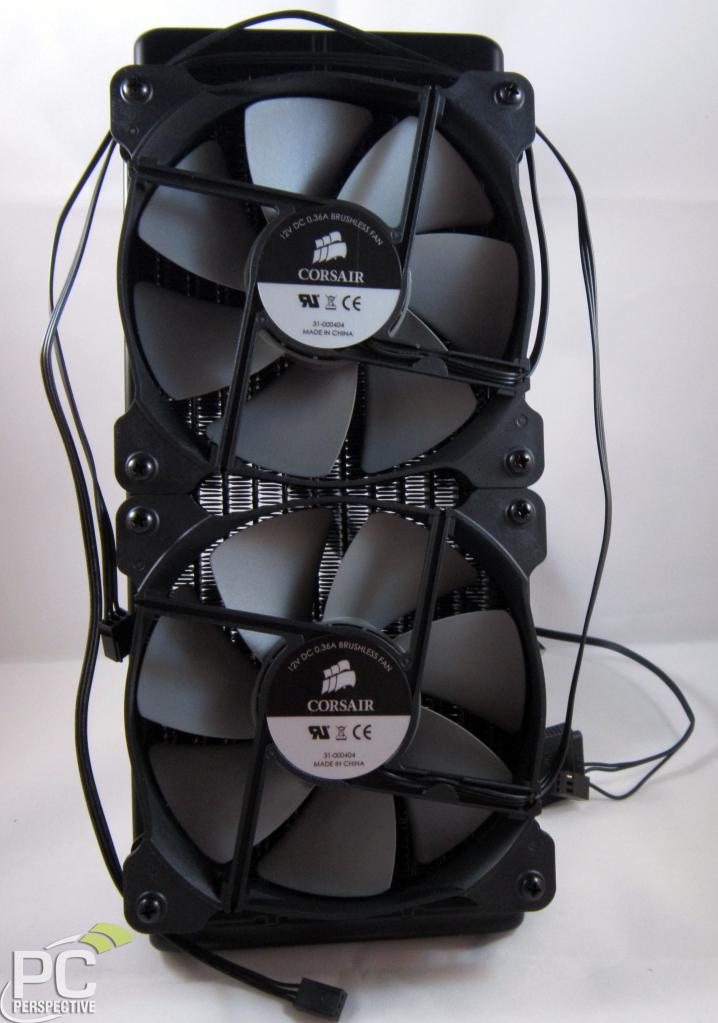 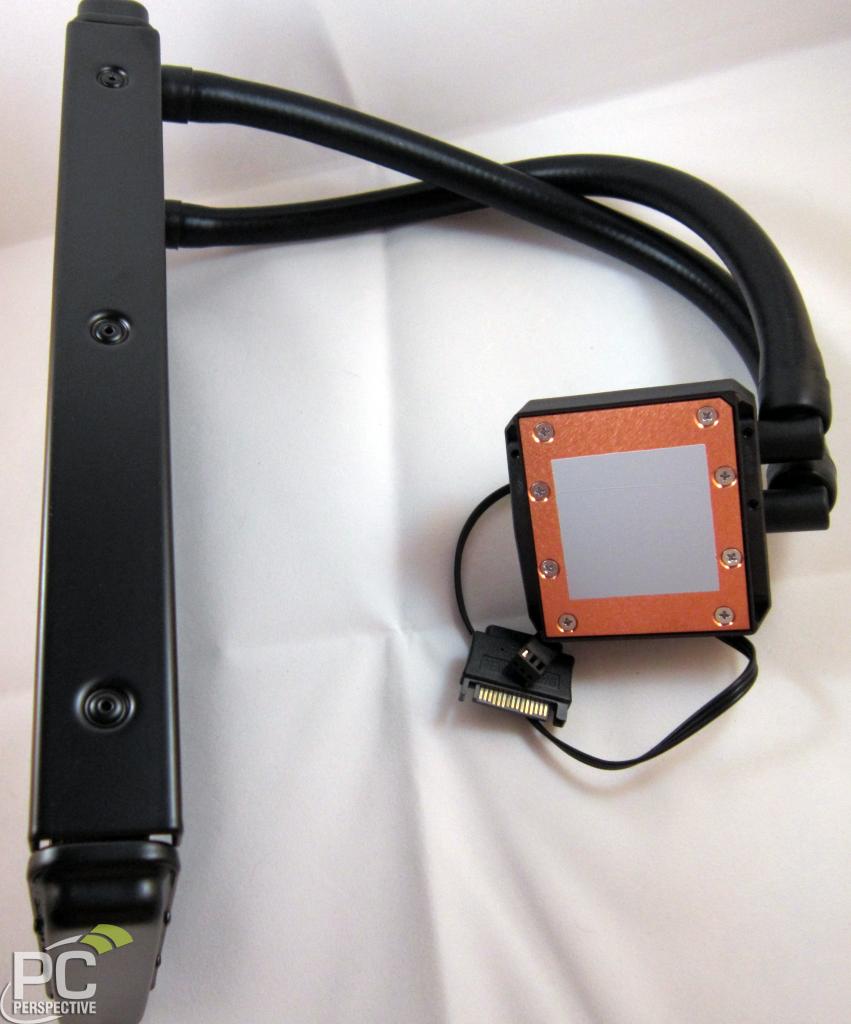 The H100i's CPU contact area is a pure copper-based cold plate, with the pump, Corsair Link™, and LED electronics and ports sitting atop the cold plate itself. Additionally, the block has a coolant drainage port included. The pump, LED, and fans are powered via the attached SATA power cable with pump speed monitoring provided by the 3-pin fan cable. 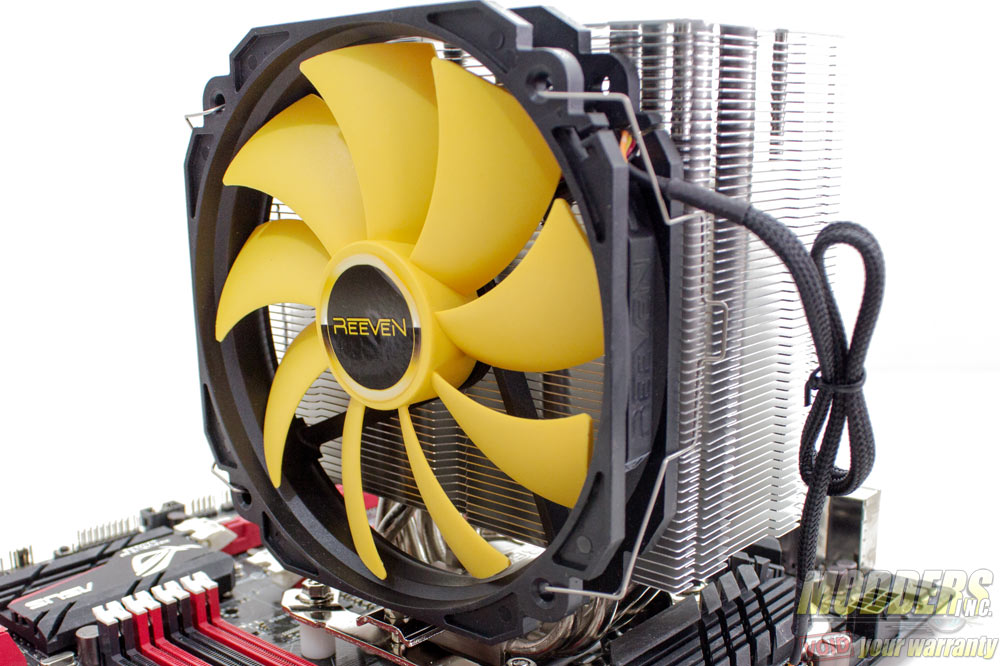