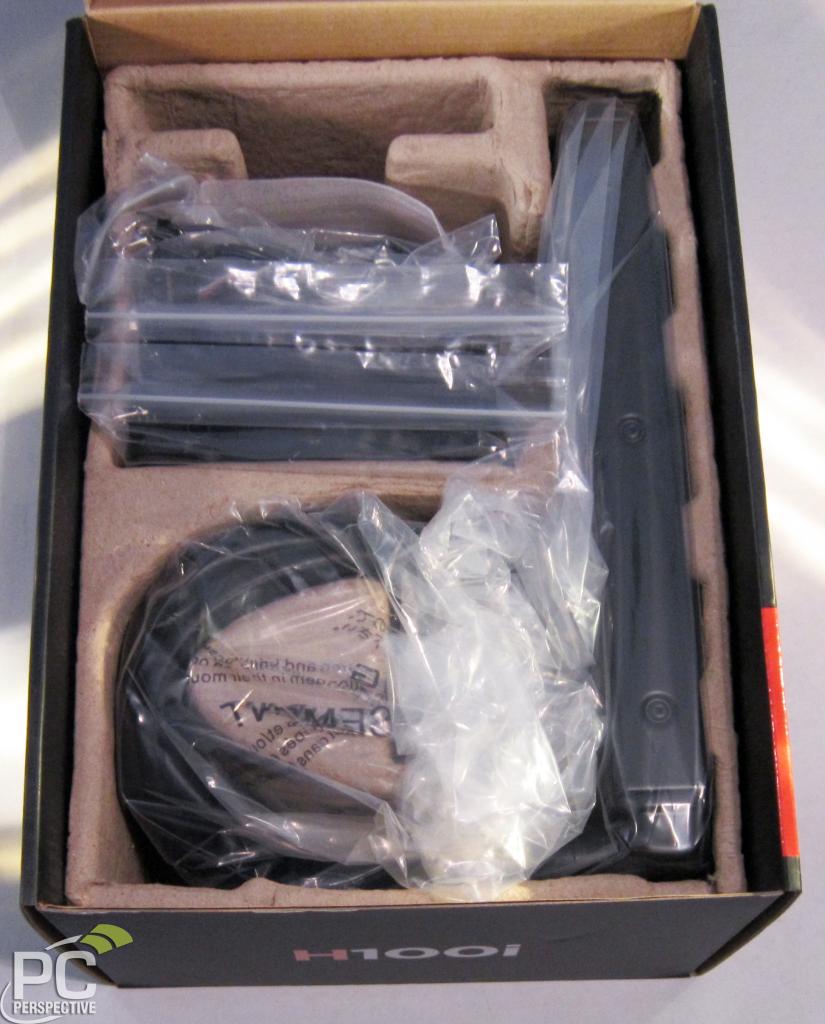 The Hydro Series™ coolers are shipped in a form-fitted cardboard enclosure, similar to the material that egg cartons are made from but thicker stock. This keeps the cooler and its components in-place and protected during shipping and store handling. Further, each component in the box are individually wrapped so that all the parts and pieces remain separated and organized for quick unboxing and assembly. 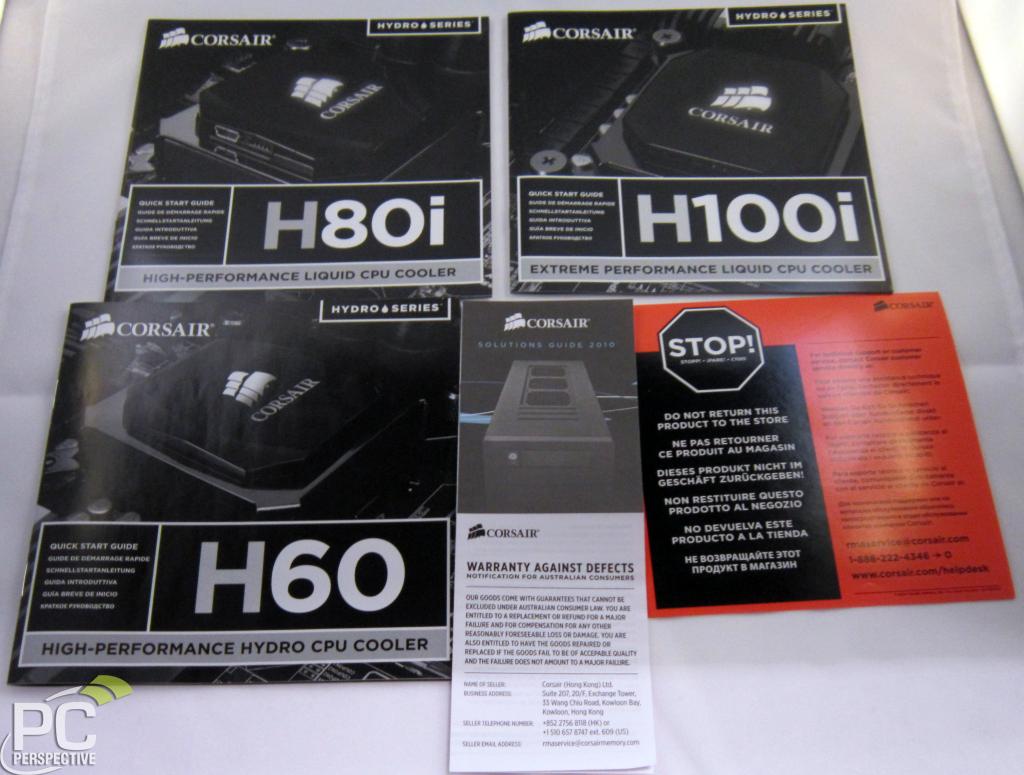 Corsair includes a very detailed and straight-forward manual with each of its coolers, containing good explanations and illustrations throughout. Additionally, they include a warranty pamphlet as well as a warranty instruction card should you run into issues. 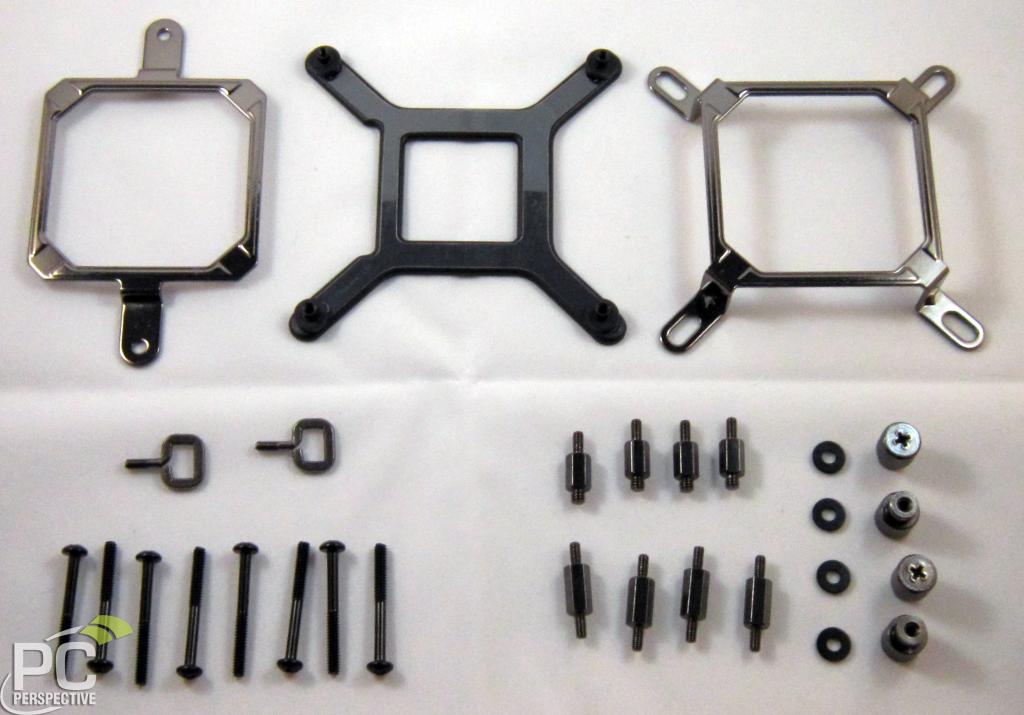 Hardware-wise, Corsair includes all mounting pieces necessary to get the cooler up and running on an AMD or Intel LGA1155 or LGA2011 based system. The two eye-clips act as the AMD socket catches, while the screw stand-ups are used for Intel-based systems. The stand-ups with large screws on both ends are for use in an LGA1155 system with the other set of stand-ups used for an LGA2011 system. Also included are fan screws and washers for affixing the fans to the cooler radiator.  The screws included for the fans are 6 x 32 x 1 1/4" screws – #6 machine thread, 32 TPI (threads per inch), 1.25 inches in length. Notice that all hardware is colored black or black chromed to match the Hydro Series™ cooler coloring.

Packaged in with the H100i and H80i coolers are Corsair Link™ USB and fan power and monitoring cables. The USB cable attaches from the cooler's micro-USB port to a USB header on the motherboard. The fan cables connect from one the cooler's fan ports to the radiator fans. Each fan port on the cooler supports up to two fans for power and monitoring. The H100i comes standard with two fan cables and the H80i comes with a single cable only.

All three coolers come standard with Corsair labeled 120mm x 120mm x 25mm fans, rated at 12V and 0.36 amps. The fans are equipped with 3-pin fan connectors and all have 7 large fins to promote higher airflow with minimal air noise.   The differences in fan speed between the coolers stems from the fan amperage rating of 0.24 amps for the H60 cooler's fans.  Also, the H60's fan comes with a 4-pin connector rather than the 3-pin connector.

The H100i and H80i coolers have two Corsair Link™ ports on the side opposite the water intake and outlet ports. The micro-USB port is used to connect the internal Corsair Link™ BIOS to a motherboard USB header with the right side port used to connect to a different Corsair Link™ device altogether. The port at the lower right of the CPU block is a liquid drainage port for your convenience. With the USB cable connected to the cooler and the motherboard, the Corsair Link™ software will detect the cooling system and fans for Windows-based configuration purposes.

On the side of the CPU block above the embedded Corsair logo are the two Corsair Link™ fan connectors. Each fan connector supports up to two fans, for a total of four fans per block. With fans connected to attached cables, you have the ability to manipulate fan operation for the attached fans via Windows through the Corsair Link™ software. Note that these ports are only integrated into the CPU blocks on the H100i and H80i coolers.

The H60 cooler contains only a single port on the CPU block, a liquid drainage port. The Corsair Link™ ports are not available for that block because that functionality is only supported for the H100i and H80i coolers. 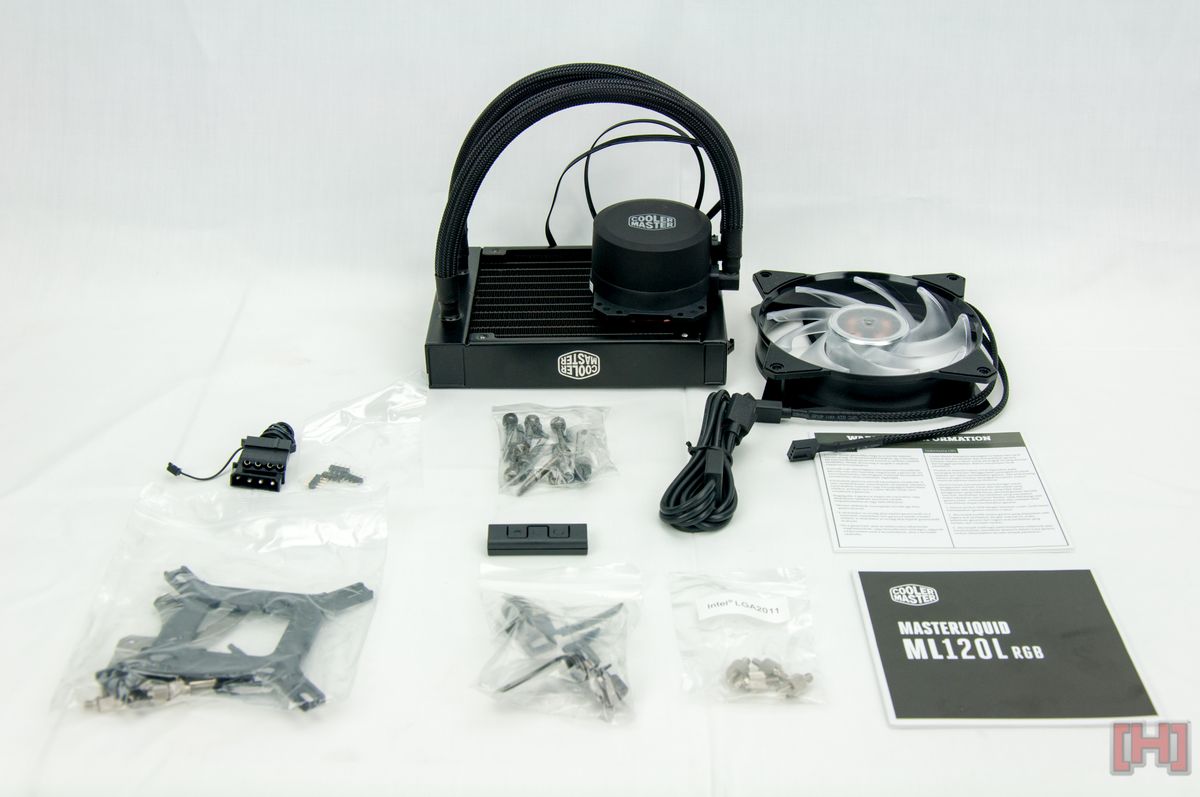 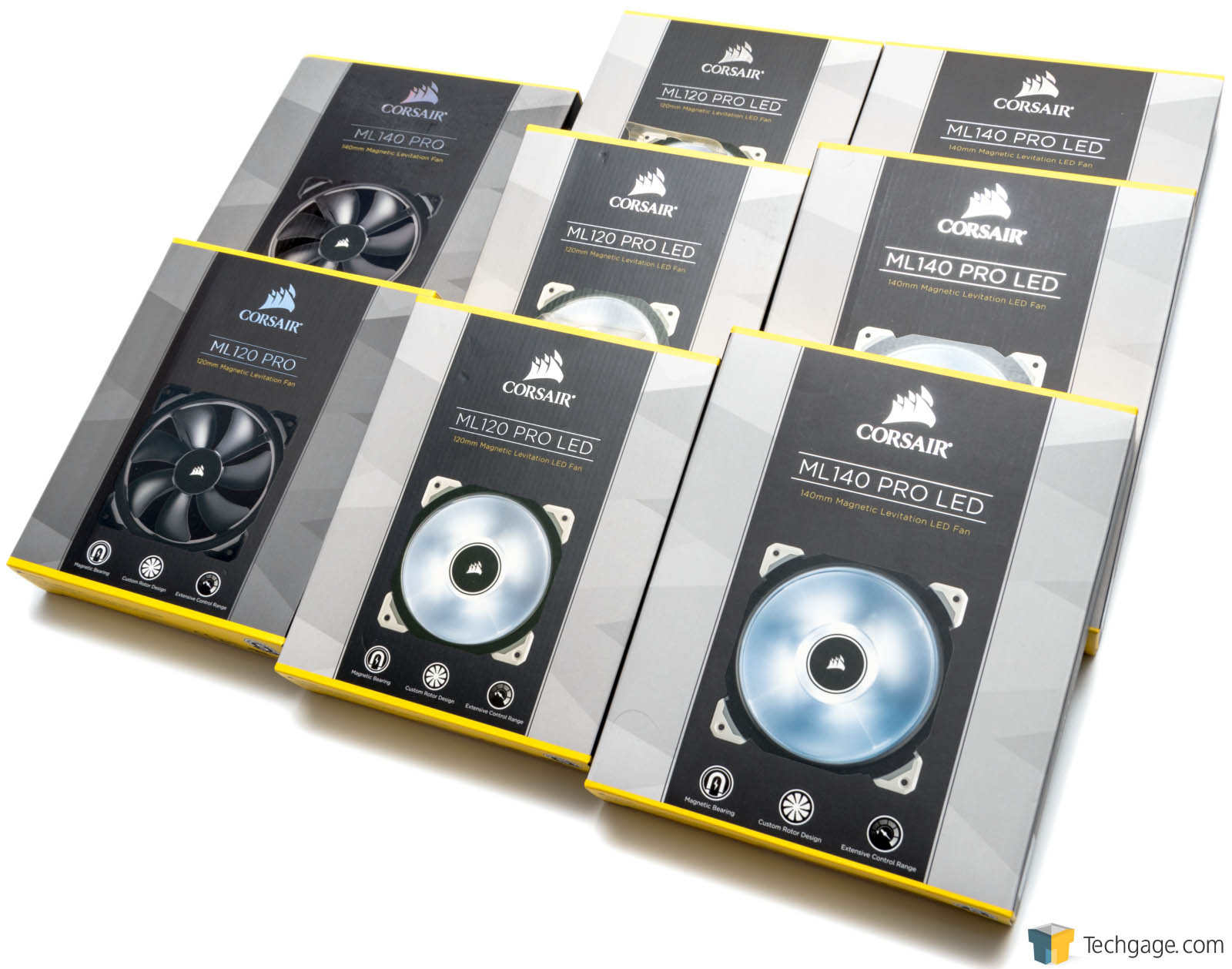 Magnetic fans, how do they work? Check out Corsair’s new ML series