The board's heat pipe cooling solution is held in place by several screws underneath the board in tandem with an aluminum cooler laying directly under the CPU MOSFETs. Underneath the screws are springs to increase the tension on the block for better surface mating. The aluminum cooler provides extra heat dissipation for the CPU power circuitry. 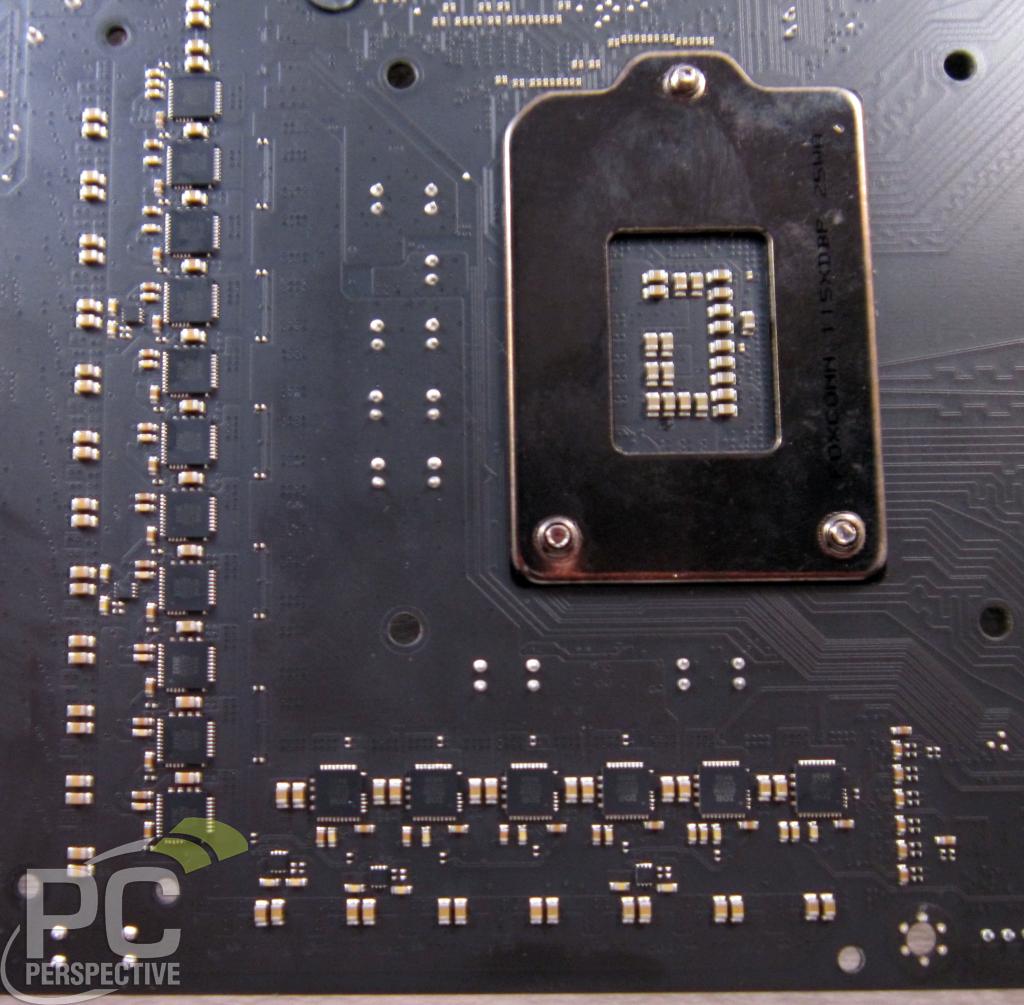 Underneath the aluminum heat spreader are 17 PowIRstage chips for the 17 MOSFETs on the board's surface which they control. 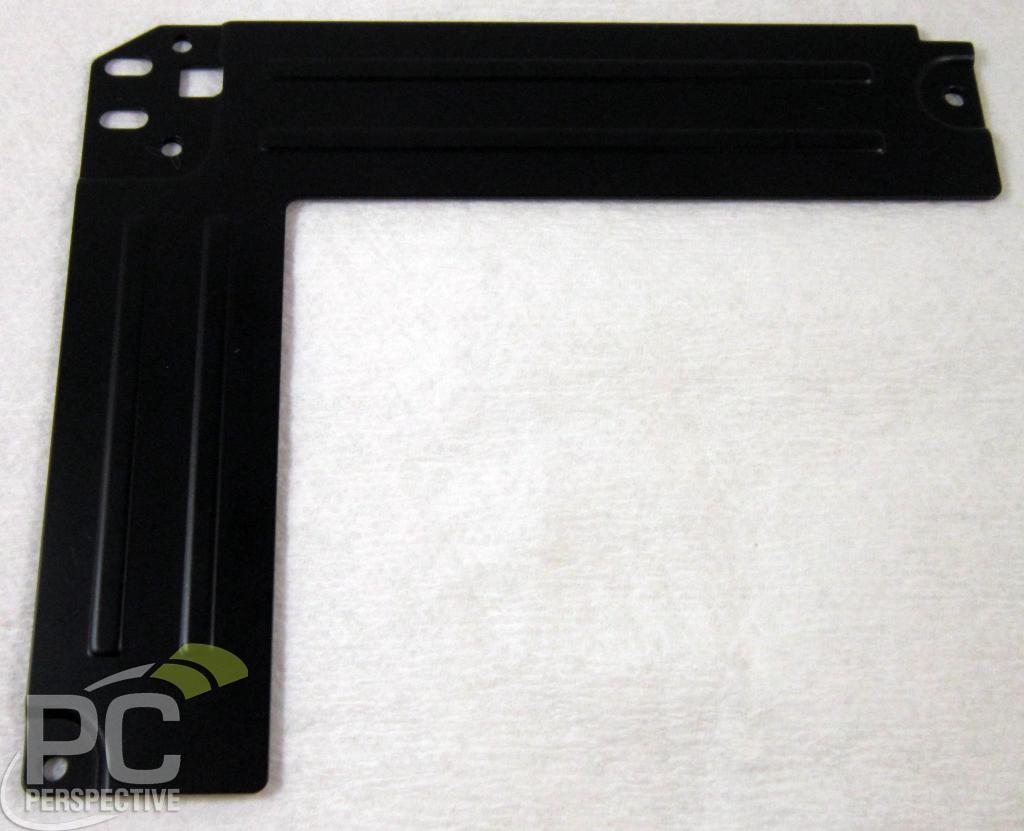 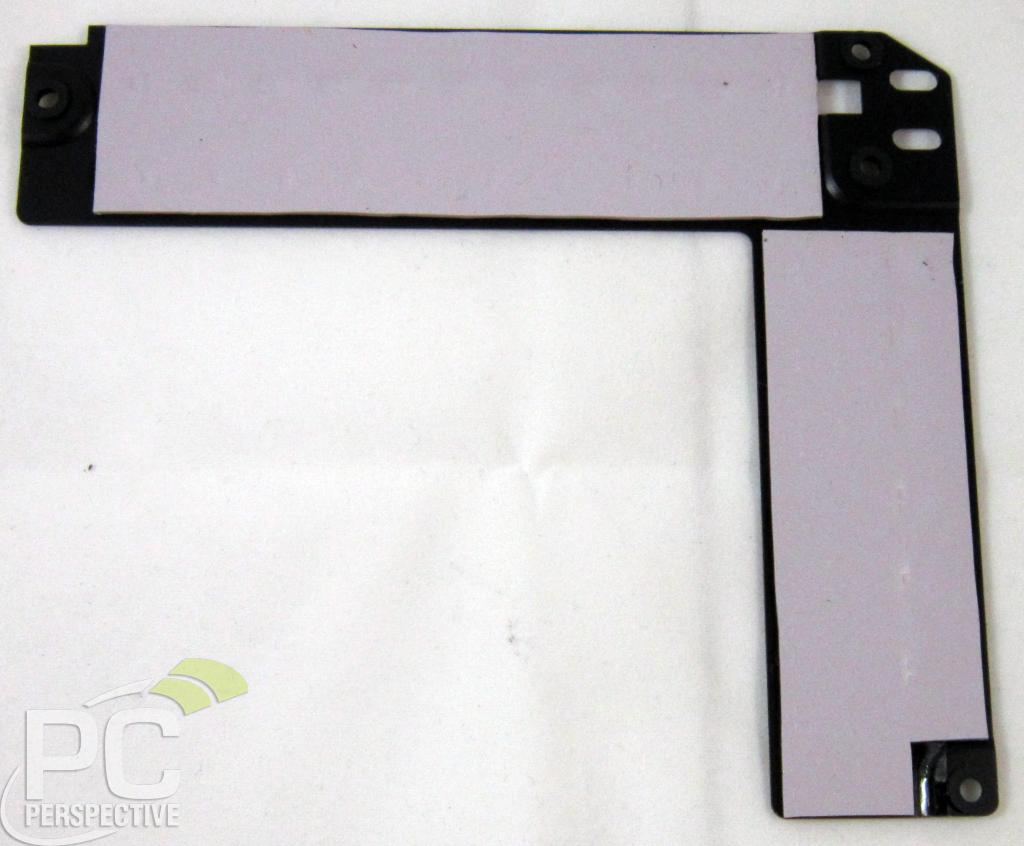 The heat spreader is a simple L-shaped device with thermal tape provided on the underside for heat transference between the power circuitry and the heat spreader's surface. 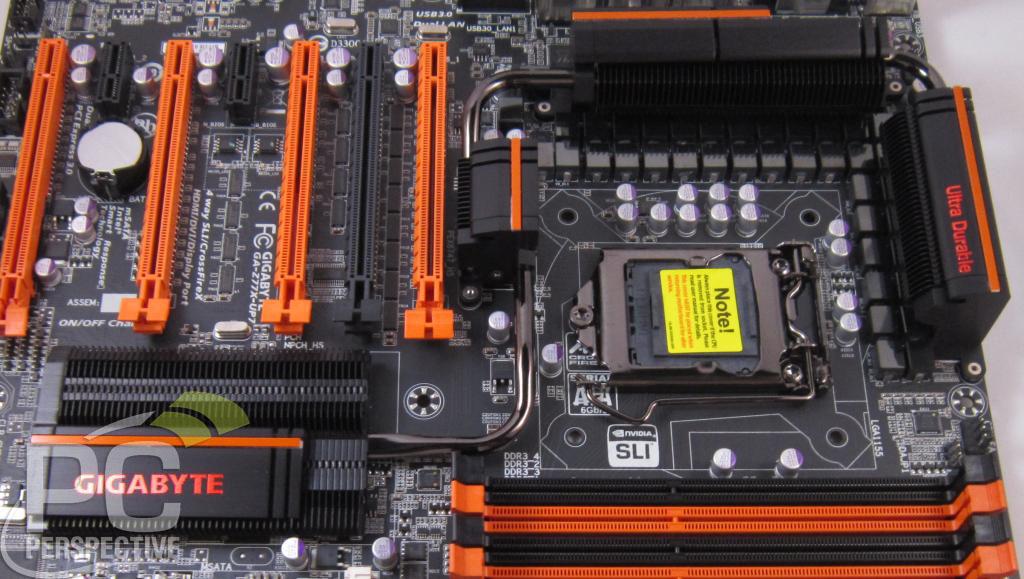 The heat pipe cooling solution cools four areas of the board – the Intel Z77 chipset below the PCI-Express slots, the LucidLogix chipset to the left of the CPU socket, and the power circuitry located above and to the right of the CPU socket. 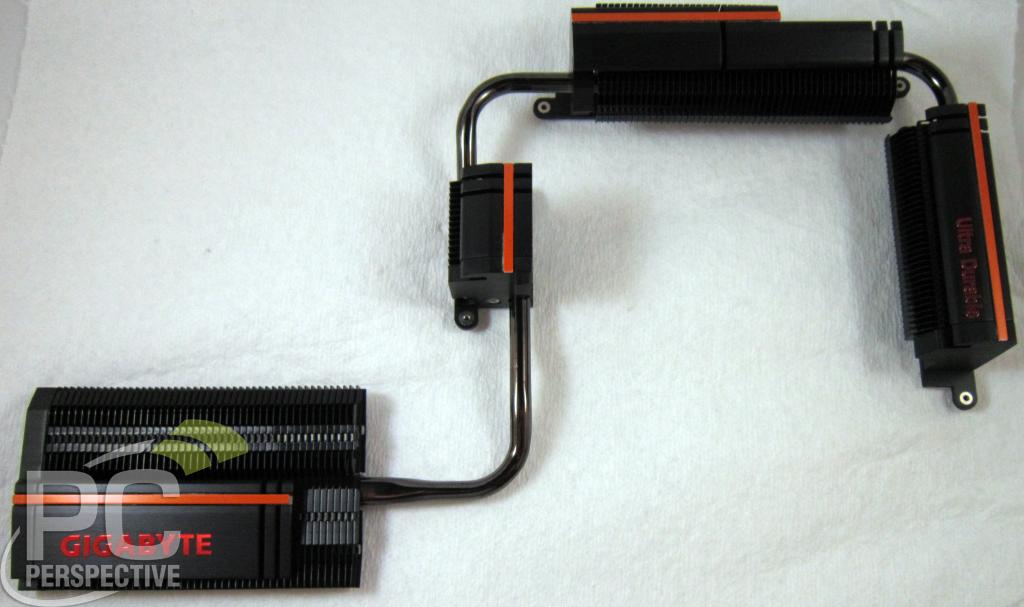 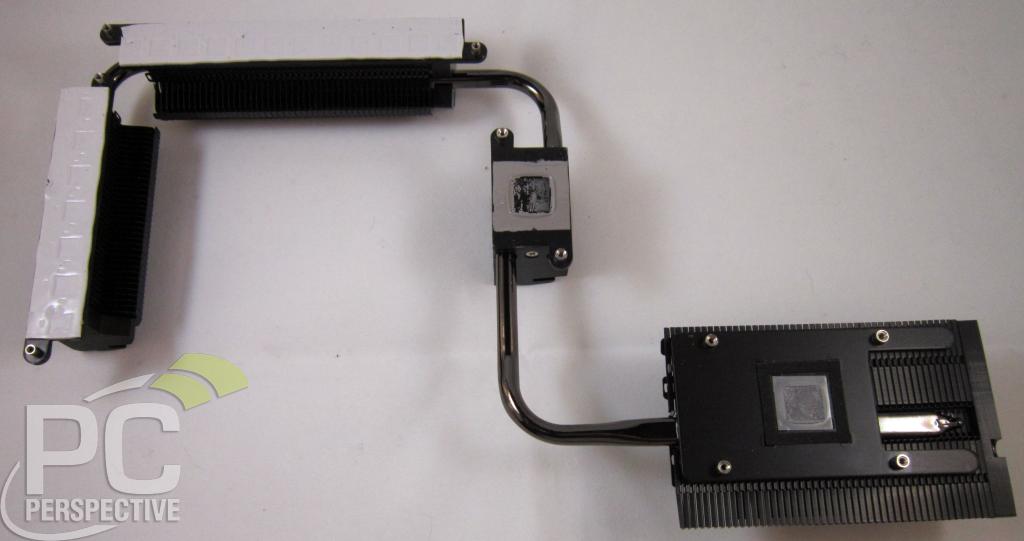 The heat pipe cooler is made up of 4 different thin-finned aluminum heat sinks, interconnected via the heat conducting tubing (heat pipes). GIGABYTE uses thermal paste to mate the heat sinks to the Intel Z77 and LucidLogix chipset's with thermal tape used for interfacing between the power circuitry and the heat sinks. The thermal paste is used on the chipsets only due to their increased heat sensitivity. 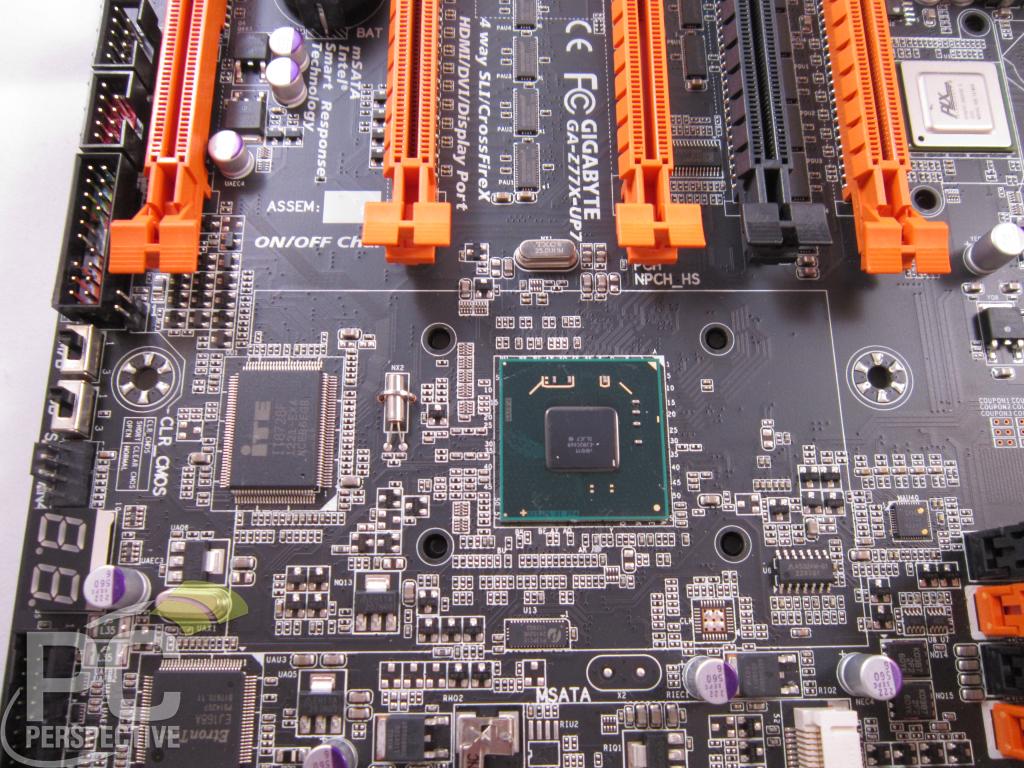 The Intel Z77 chipset is reminiscent of a naked CPU die. Notice that that heat sink overlays the Marvel chipset as well. The heat sink itself is held in place by four screws underneath the corners of the chipset. 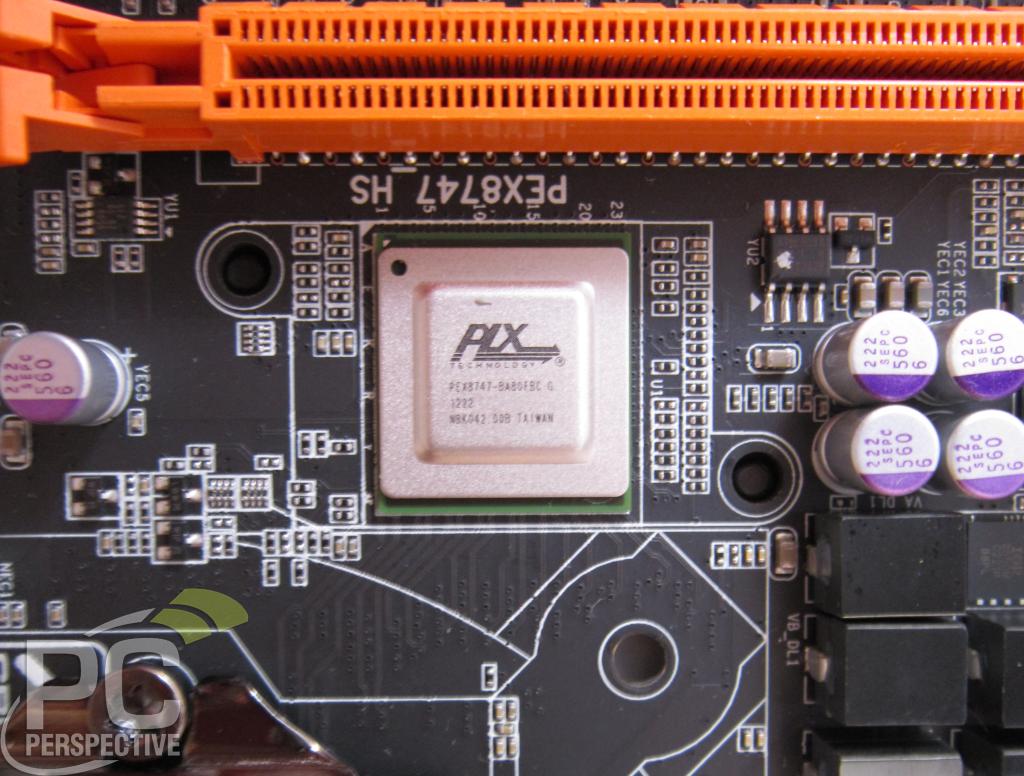 The PLX PEX 8747 chipset is metal plated to provide better protection for the chipset surface. This chipset's heat sink is held in place by two screws on opposite sides. 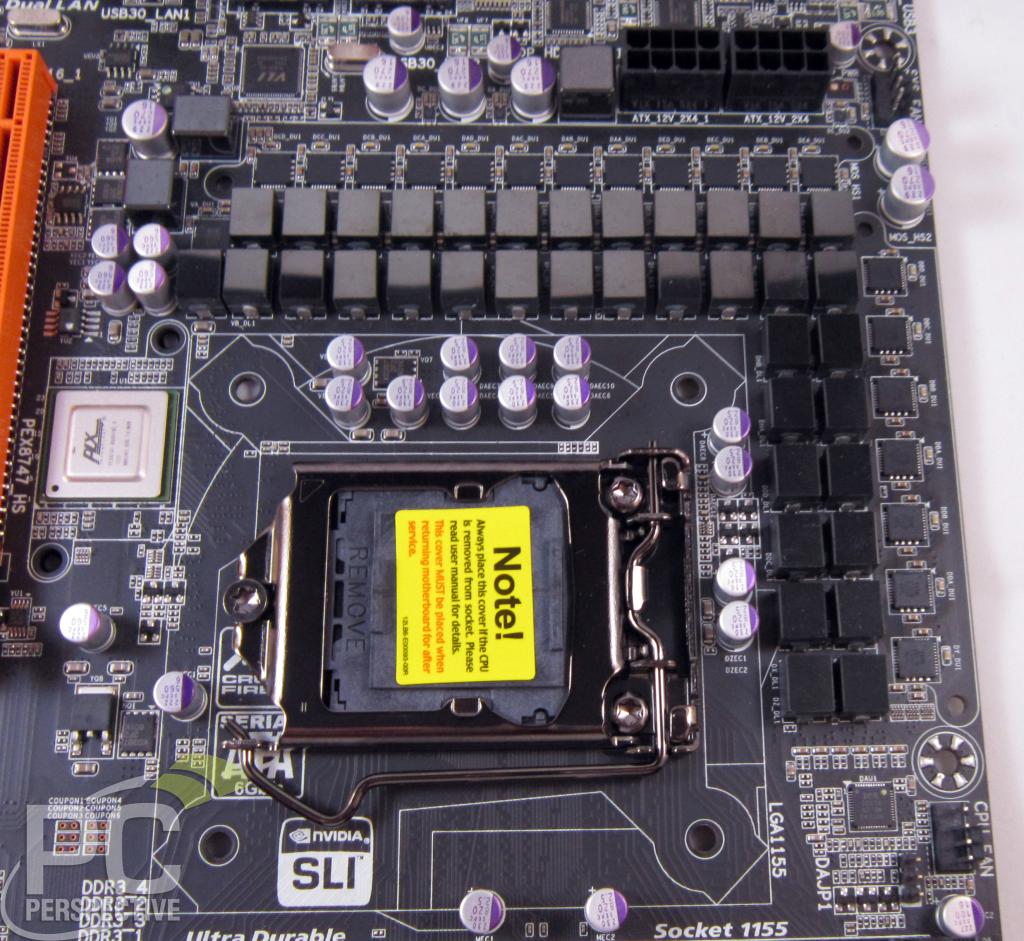 Check out our video with Gigabyte that goes into MORE detail on the Z77X-UP7 and the PowIRstage!!

We can tell you everything but how it performs