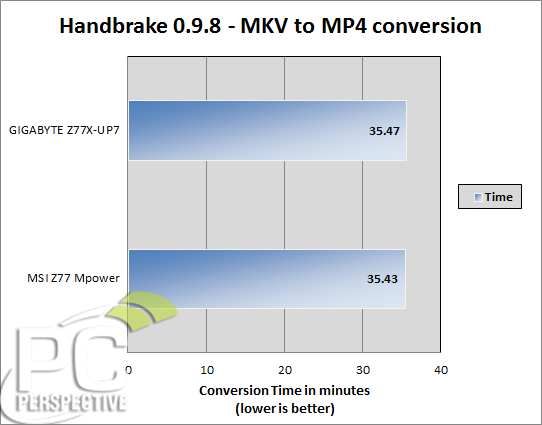 The Z77X-UP7 performed in-line with other Intel Z77-based board. Video encoding is one of the more system intensive operations, with good performance in the benchmark indicative of similar board performance. 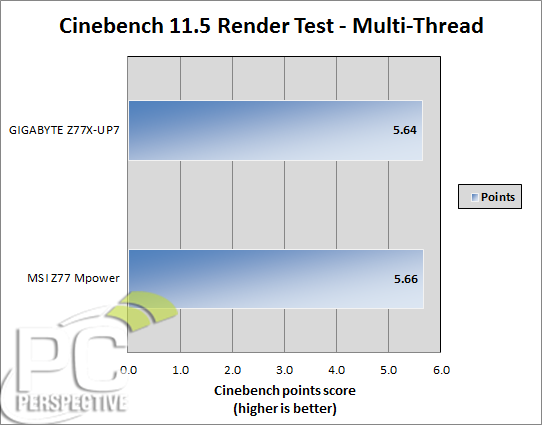 Again, the Z77X-UP7 doesn't disappoint with a strong showing against the other board. 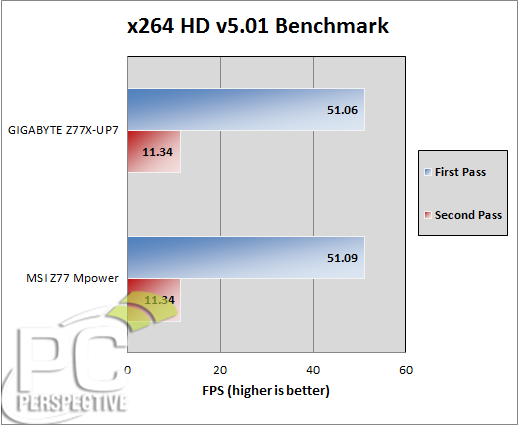 The Z77X-UP7 manages another solid performance, having no trouble in keeping up with the other Intel Z77-based system in this 1080p encode test. 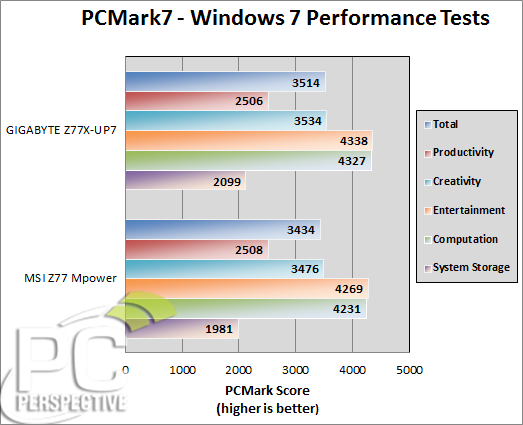 The Z77X-UP7 makes a surprise leap for the top spot, nudging the competition out of the way during most of these business app-styles tests in this benchmark. 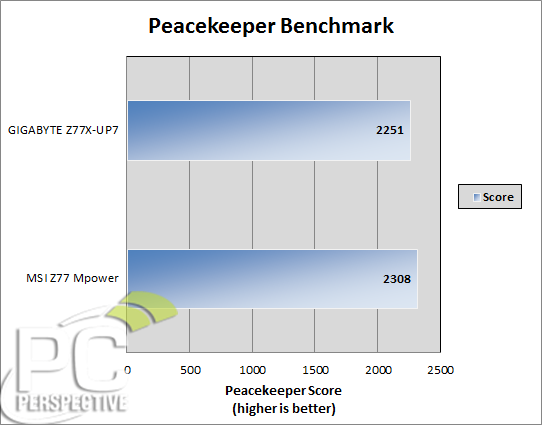 Th Z77X-UP7 falls minimally behind the lead board here, still with a strong showing. 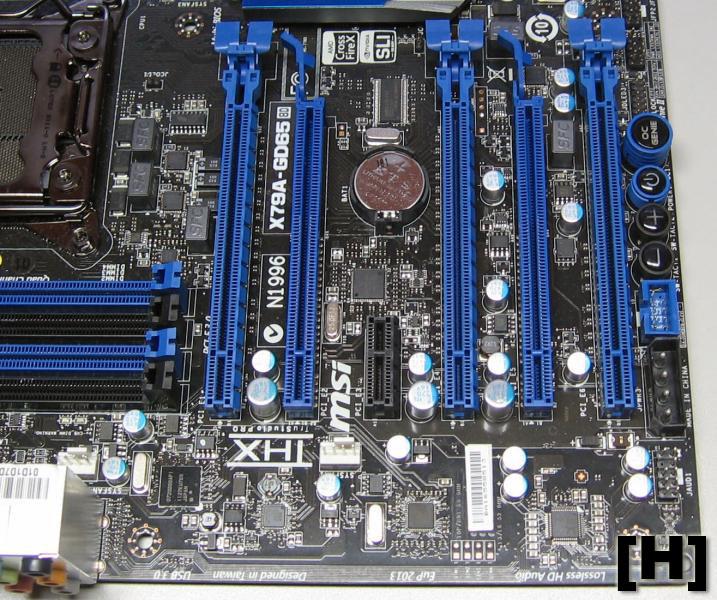