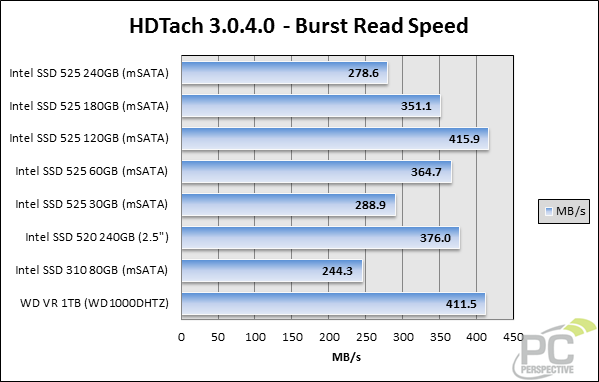 SandForce controllers have always been a bit tricky in playing nicely with HDTach. The way it accesses the device under test makes some HDDesque assumptions, but here it seems to translate to a fine-grained curve in lookup / access times. The curve seen above (and below) is a combination of two factors at play:

The latter is a weakness for SandForce, but mainly only in single threaded operations, which HDTach is known to be. 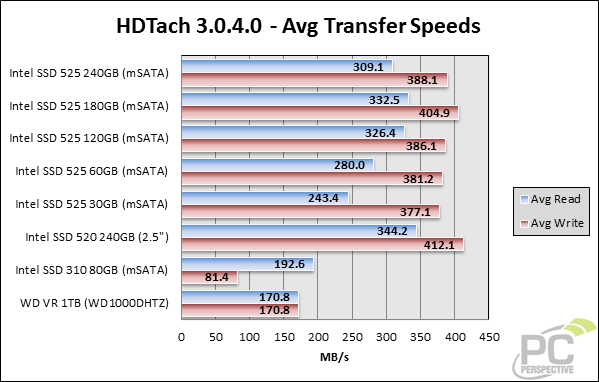 HDTach feeds the tested drive a continuous string of small sequential read requests. This is a single threaded operation, which means the SSD doesn't get to see what's coming next. The lower the QD=1 latency of the controller pipeline, the better the numbers we see from this test. It doesn't equate to real-world maximum throughput, but it does mean something for analysis, which is why we include these results.

The same 'sweet spot' at around 120GB can be seen above, but remember, this is only due to a benchmark-specific interaction that is unlikely to be replicated in real-world usage. Better sequential figures are present on the next page (HDTune). 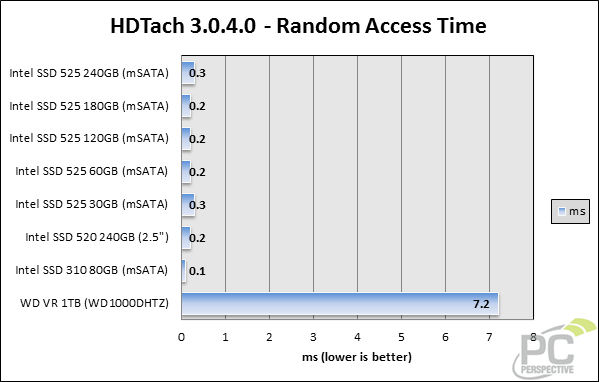