Intel creates a bunch of roadmaps as portions of their corporate slideshows and similarly to their development cycles: they get leaked like clockwork.

Last quarter’s roadmap revealed intentions for Intel to release the higher-end Ivy Bridge-E processors a whole quarter after dropping non-enthusiast Ivy Bridge from retail. That leak ended speculation from the prior quarter about the fate of Ivy Bridge-E with Haswell and Sandy Bridge-E pushing Ivy Bridge out of Intel’s second quarter 2013 lineup. After all, would Intel push higher-end SKUs of obsolete components? Would they just skip to Haswell-E? Could Sandy Bridge-E be slowly eaten away by the Xeon and lower end markets and left without a replacement? Apparently not the latters.

This quarter was much less dramatic but still interesting none-the-less.

The most obvious data point to pull from this slide is that nothing changed; information was only added. Ivy Bridge-E is still on target to launch a little less than a year from now. What we were given is expected SKUs names of the Haswell parts. 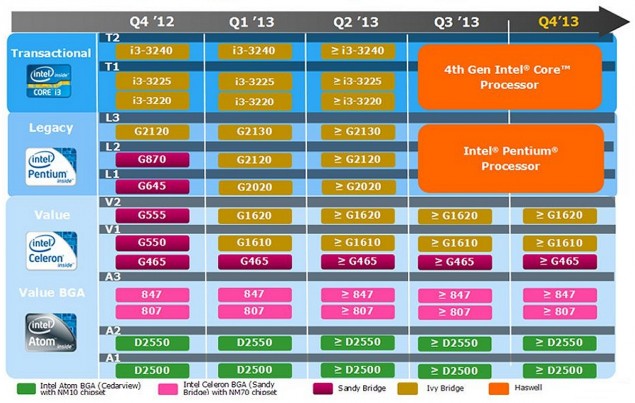 I also cannot Haswell at all???

Intel’s lower-end roadmap was also leaked within the same post. Apparently Ivy Bridge has more legs in that price range with Haswell being delayed for a quarter for Pentium and i3 processors. Haswell is completely absent in the Celeron price point with the original Sandy Bridge sticking around for a whole year from now.

This clearly is not a panicked situation for Intel on the high-end. Three leaked roadmaps in a row show for all practical purposes the same identical vision. I will be curious to see how performance compares between Ivy Bridge-E and its older little brother Haswell; clearly Ivy Bridge-E will make more sense from the point of view of RAM-intensive applications, but will certain applications be able to better utilize Haswell and its new architecture?

Who do you think will win in a fistfight, Ha’s well Ghul or Poison Ivy Bridge-E? 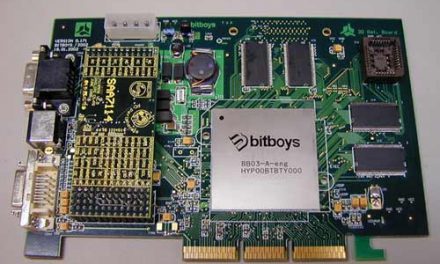 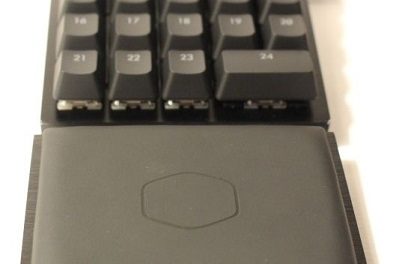