Normally, I am not a fan of the automated overclocking BIOSes and Windows-based overclocking utilities, but MSI may have changed my mind with their OC Genie II implementation. Overclocking the board with OC Genie II was as simple as clicking the OC Genie II button on the motherboard and rebooting the system. After that, the overclocking BIOS took over and booted the system into Windows stable at a 4.2GHz CPU speed and a 2133MHz memory speed as you can see in the screen shots below. The configuration was stability tested running a combination of LinX and FurMark over a 10 hour period with LinX running for 500 loops with Memory set to All and FurMark running at 1280×1024 resolution and 2x MSAA in stress test mode. 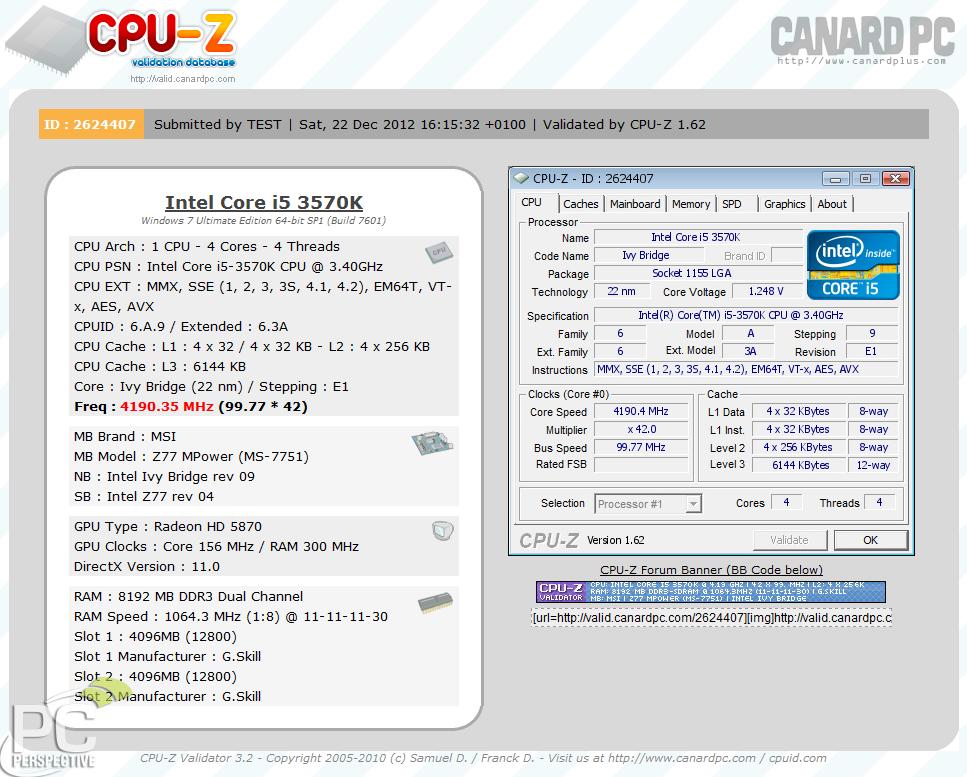 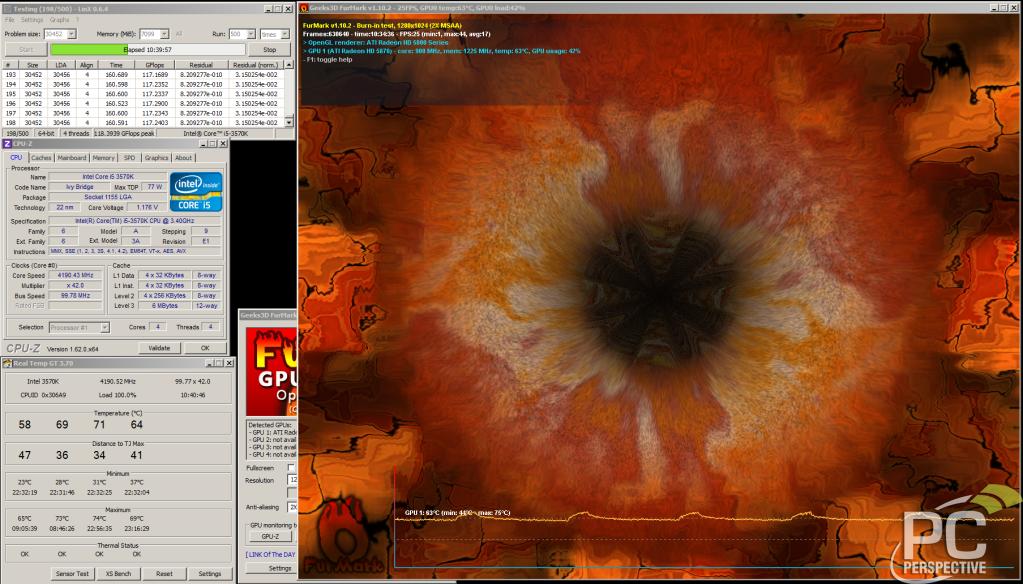 The one shortcoming of the OC Genie II BIOS is that it does not attempt to change the board's base clock setting. This oversight was rectified in the manual overclocking results shown below. 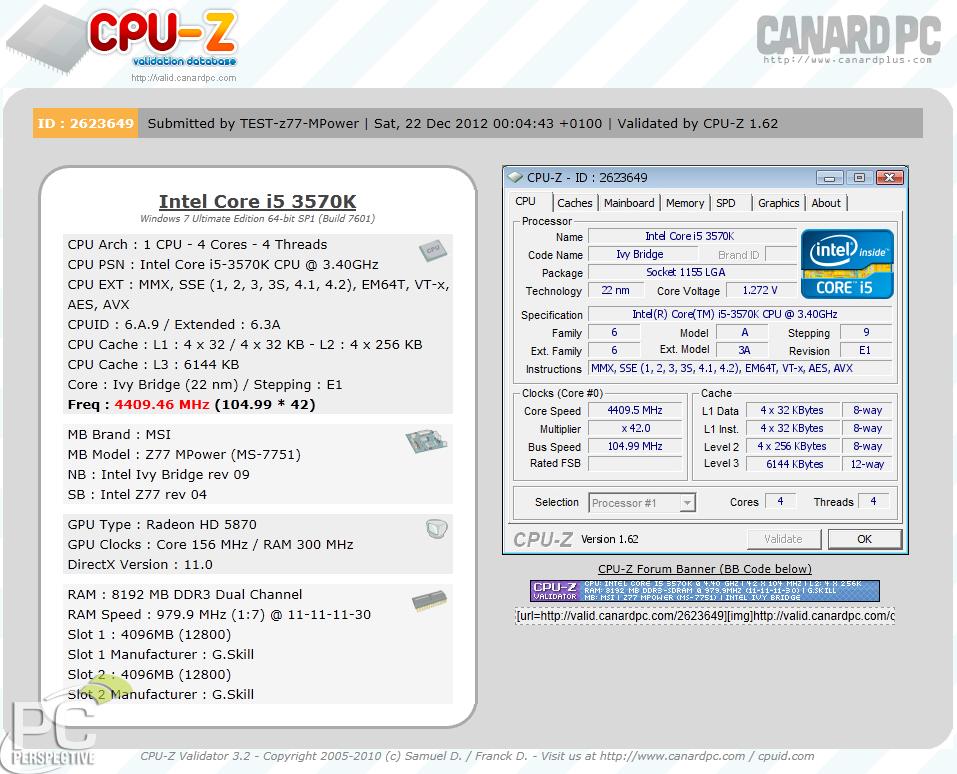 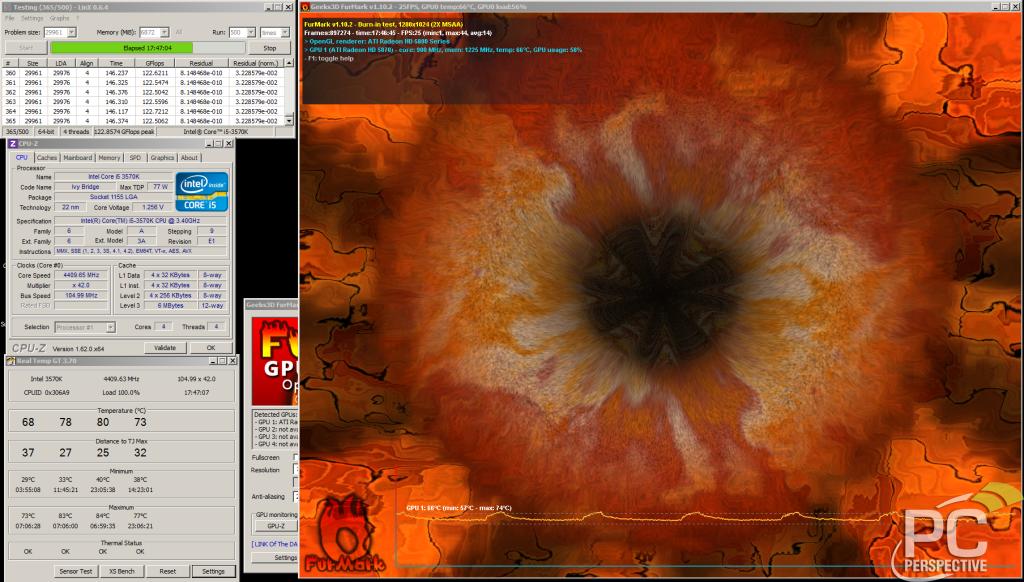 Using manual settings in the MSI UEFI BIOS via the OC page, I was able to get the system stable at an impressive 105 MHz base clock with a 4.4 GHz CPU speed and memory running at a cool 1960MHz. This base clock speed is the highest I've been able to achieve with an Intel Z77-based board to this point, proving the MSI did their homework in designing the Z77 MPOWER. System stability was tested over a 17 hour period with LinX running for 500 loops with Memory set to All and FurMark running at 1280×1024 resolution and 2x MSAA in stress test mode.