If you thought that NVIDIA's entry into the world of the mobile entertainment and gaming device market was odd with the announcement of the Shield Android-powered unit, we have some more rumors sneaking up from Droidlife.com about a possible move to develop and manufacture cell phones and tablets as well.

While many SoC vendors often create proof of concept designs based around their own chips, none of the major players are in the business of building devices meant to find their way into consumers hands.  NVIDIA appears to be taking a page from its own book in the world of retail graphics cards and is planning on producing nearly complete cell phones and tablets to be rebranded and sold directly to consumers.  PC users are used to this practice already and you can see if happen with ever nearly every GPU launch – graphics cards that have the same specs and design with only a different sticker on the cooler.

The process of white labeling is very frequent in today's laptop designs as well and it is how companies like AVADirect, MAINGEAR and iBuyPower are able to produce and sell custom notebooks.

From what is in the report, NVIDIA has their eyes set on both tablets and smartphones, with plans to start designing and creating their devices around May or June of this very year. If all goes according to plan, we will begin to see a ton of cheap (but not any less in quality terms) 7-10″ tablets hitting the market, all running NVIDIA chipsets.

If this process does take hold in the mid-2013 time frame you can start to expect a lot of low cost options based on Tegra SoCs to hit in the holiday time frame.  There are concerns to be dealt with though if in fact NVIDIA attempt the white label move.  First, there is potential for "cheap" products, and by that I mean cheaply built, ruining the Tegra name and brand that NVIDIA has been building over the last few years.  Also, NVIDIA could offend and upset other vendors like Samsung and ASUS with whom they depend on to make the "high-end" products that many enthusiasts lust over. 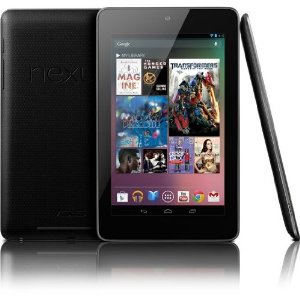 As a small player though (in terms of pure sell through) NVIDIA is looking for anyway it can to improve its market share and starting up a white label market for smartphones and tablets is definitely something that could open up new opportunities.