A combination of rumors and news pieces found online and in some recent conversations with partners indicates that February will see the release of a new super-high-end graphics card from NVIDIA based on the GK110 GPU.  Apparently using the name "Titan" based on a report from Sweclockers.com, this new single GPU card will feature 2688 CUDA cores, compared to the 1536 in the GeForce GTX 680.

If true, the name Titan likely refers to the Cray super computer of the same name built using GK110 Kepler Tesla cards.  Sweclockers.com's sources are quoted with the clocks of this new super-GPU as well: 732 MHz core clock and 5.2 GHz GDDR5 memory clock.  While those numbers are low compared to the 1000+ MHz speeds of the GK104 parts out today, this GPU would have 75% more compute units and presumably additional memory capacity as well.  The memory bus width of 384-bits is a 50% increase as well which would indicate another big jump in performance over current cards.  The CUDA core count of 2688 is actually indicative of a GK110 GPU with a single SMX disabled as well. 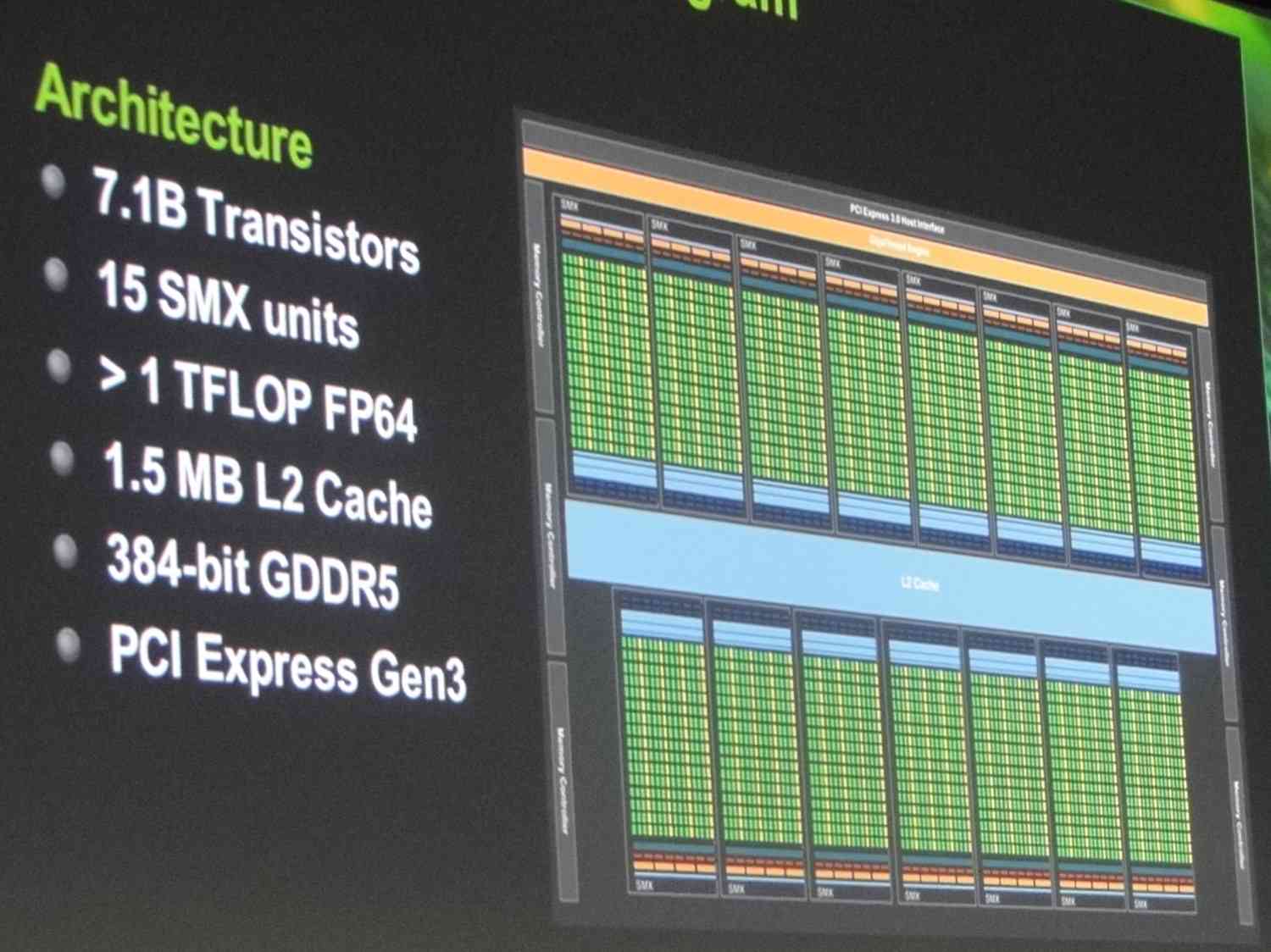 The NVIDIA Titan card will apparently be the replacement for the GeForce GTX 690, a dual-GK104 card launched in May of last year.  The performance estimate for the Titan is approximately 85% of that GTX 690 and if the rumors are right it would see an $899 price tag.

Based on other conversations I have had recently you should only expect those same partners that were able to sell the GTX 690 to stock this new GK110-based part.  There won't be any modifications and you will see very little differentiation between vendors branding on it.  If dates are to be believed, we are hearing that a Feb 25th (or at least that week) launch is the current target.