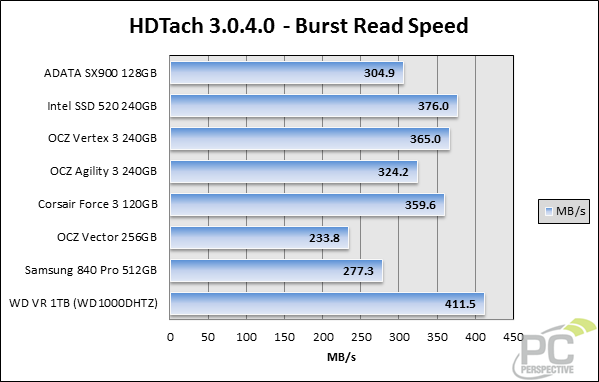 SandForce controllers have always been a bit tricky in playing nicely with HDTach. The way it accesses the device under test makes some HDDesque assumptions that are *very* sensitive to SandForce firmware tuning. Perhaps *too* sensitive, as the differences seen above don't translate into real world differences in performance. 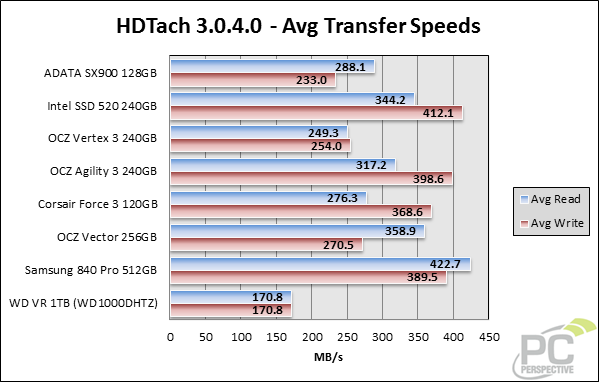 HDTach feeds the tested drive a continuous string of small sequential read requests. This is a single threaded operation, which means the SSD doesn't get to see what's coming next. The lower the QD=1 latency of the controller pipeline, the better the numbers we see from this test. It doesn't equate to real-world maximum throughput, but it does mean something for analysis, which is why we include these results.

Better sequential figures are present on the next page (HDTune). 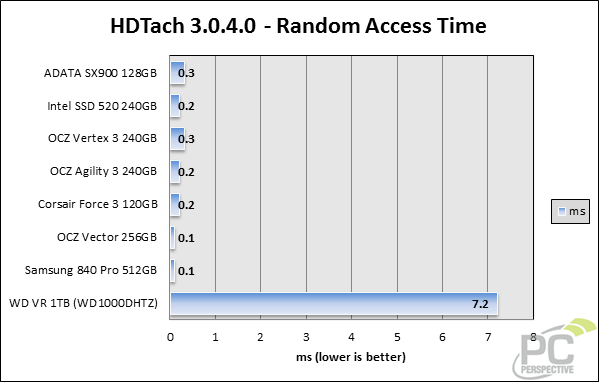