Remember that story we posted last week and then discussed on the podcast about AMD not releasing any new GPUs in 2013?  Today we had a call with AMD that attempted to answer some questions, clear up some confusion and give us some insight to the company's direction.  I say 'attempted' because after a 53 minute discussion, we have some answers, but we also have some interesting questions that remain.

First, some definitions.  If you have heard about code names like "Solar System" and "Sea Islands" you might not know what they refer to.  Sea Islands is a new line that will fall into the 8000-series of products and will be a refresh, slightly different architecture based heavily on the Southern Islands parts you've come to love in the Radeon HD 7000 parts.  Solar System is the name AMD has given to the sub-category of Sea Islands directly related to mobile products, the 8000M. 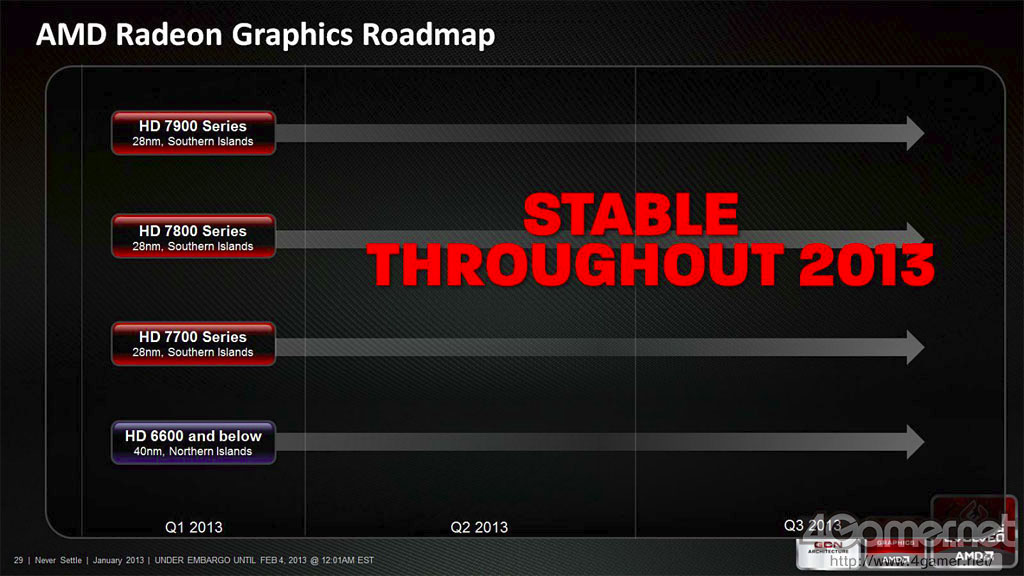 The slide that started this confusion – and our questions.

What might make things even more confusing is that there are some 8000-series parts that are already shipping in OEM desktops and notebooks that use verbatim HD 7000 GPU specs.  So what you have is a combination series with Radeon HD 8000 that is made up of some rebrands and at least a couple of "new" chips thus far.  Those two new GPUs, Mars and Oland (Radeon HD 8650 and HD 8670) depending on the mobile or desktop target, are already out and you can find them if you look hard.  They are NOT available in the channel or for DIY PC users.

Our readers might be disappointed to learn that Sea Islands is heavily focused on the notebook and mobile markets though AMD did indicate that there some good things coming for the channel users in the future in 2013.

We also learned that the HD 7900-series will remain the company's high end parts through the end of 2013 but AMD said that there are new SKUs set to be released in this series sometime this year as well.  Will that be the elusive HD 7990 dual-GPU product or maybe just something in the mainstream 7800 segments?  They wouldn't tell us but we are definitely hoping for higher performance parts.  You might also expect to see these new 7000-series parts to use Sea Islands silicon…

Many readers might be wondering why AMD is breaking its standard cadence of near-yearly GPU releases.  The answer came from AMD's Roy Taylor, VP of Channel Sales, who said that "7000 series parts are continuing to ramp UP, sales are increasing" so it is premature for AMD, as a company intending to make money, to introduce a new series or architecture.

In fact Roy was very emphatic about relieving us of potential ambiguity. 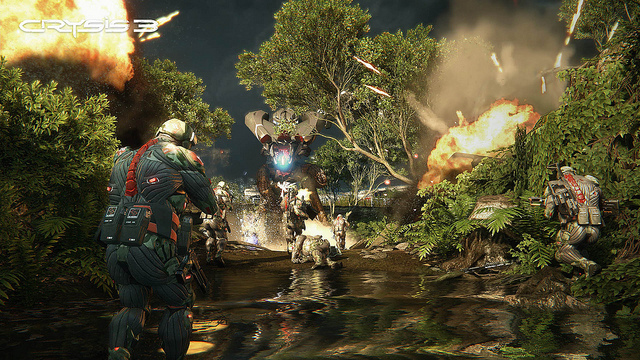 AMD thinks its partnerships with key games like Crysis 3 will help keep momentum in 2013.

The residual message from this call was that AMD wants everyone to know that they have the best products on the market today and to maintain that momentum, AMD will enhance drivers, establish big partnerships with gaming companies and developers and release SOME new GPUs.

AMD was cagey again when asked about the possibility of a new architecture by the end of 2013 but based on the reactions of AMD reps I tend to believe we will see it, though probably very very close to the end of that time.  (Update: AMD did in fact say that an entire new product stack would be releaed by the end of 2013.)

That all clear now?