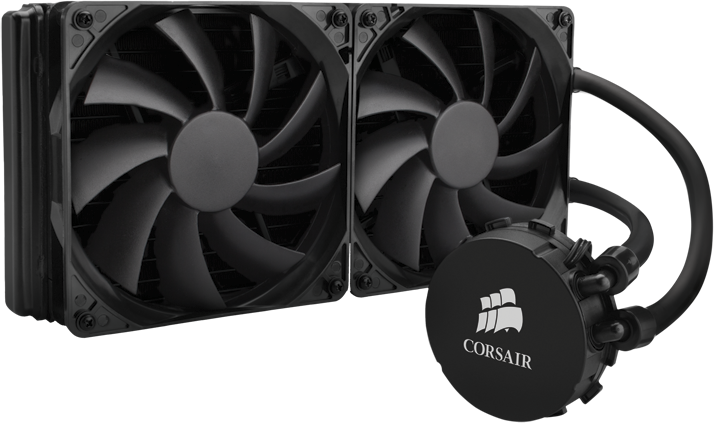 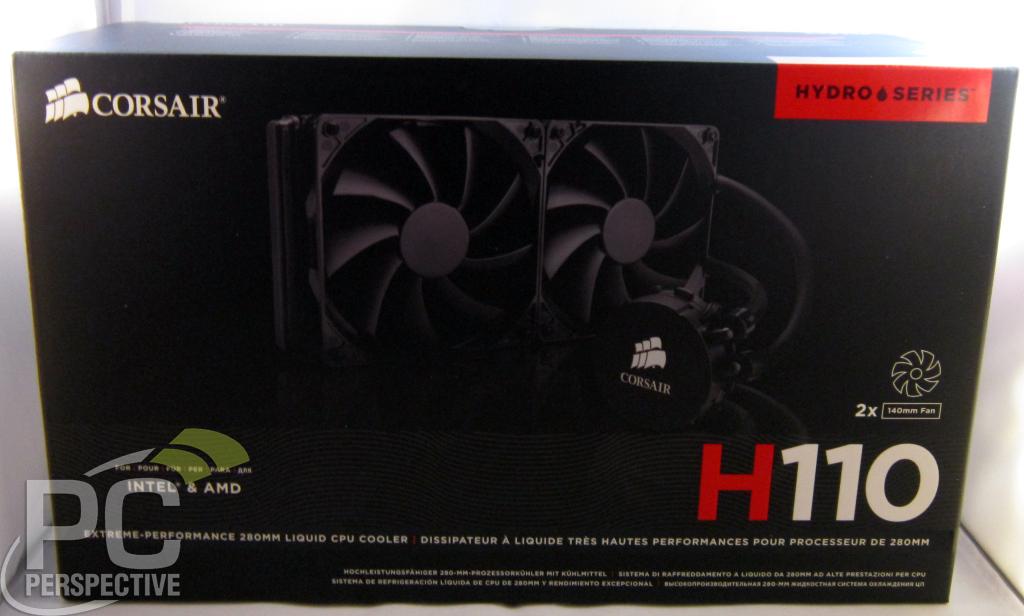 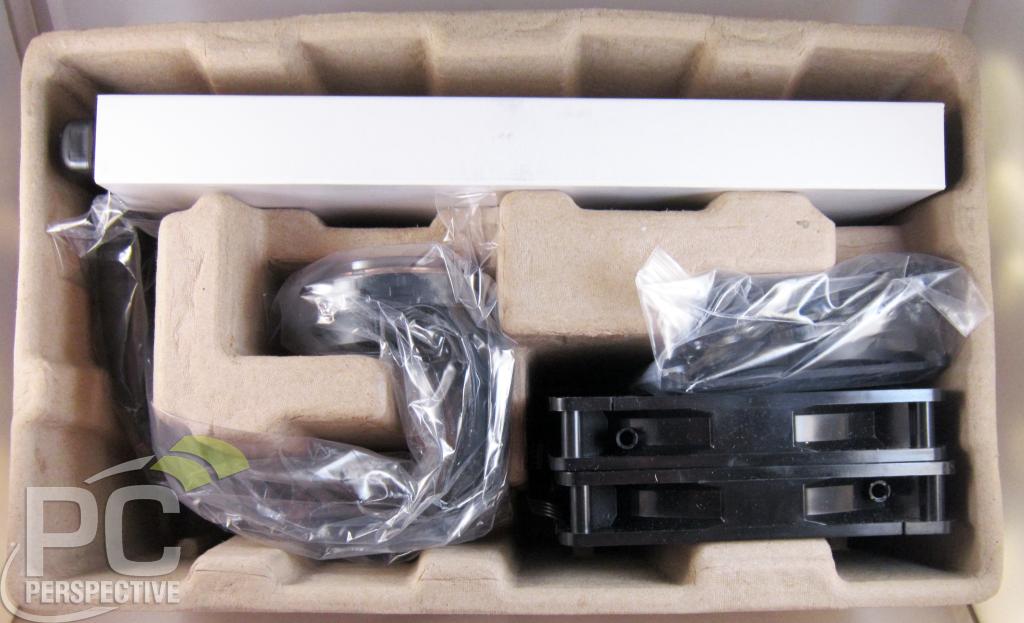 The Hydro Series™ H110 liquid cooler is shipped in a form-fitted cardboard enclosure, similar to the material that egg cartons are made from but thicker stock. This keeps the cooler and its components in-place and protected during shipping and store handling. Further, each component in the box are individually wrapped so that all the parts and pieces remain separated and organized for quick unboxing and assembly. The unit's radiator is protected by a cardboard sleeve so that the delicate radiator fins do not become crushed or misshapen during shipping. 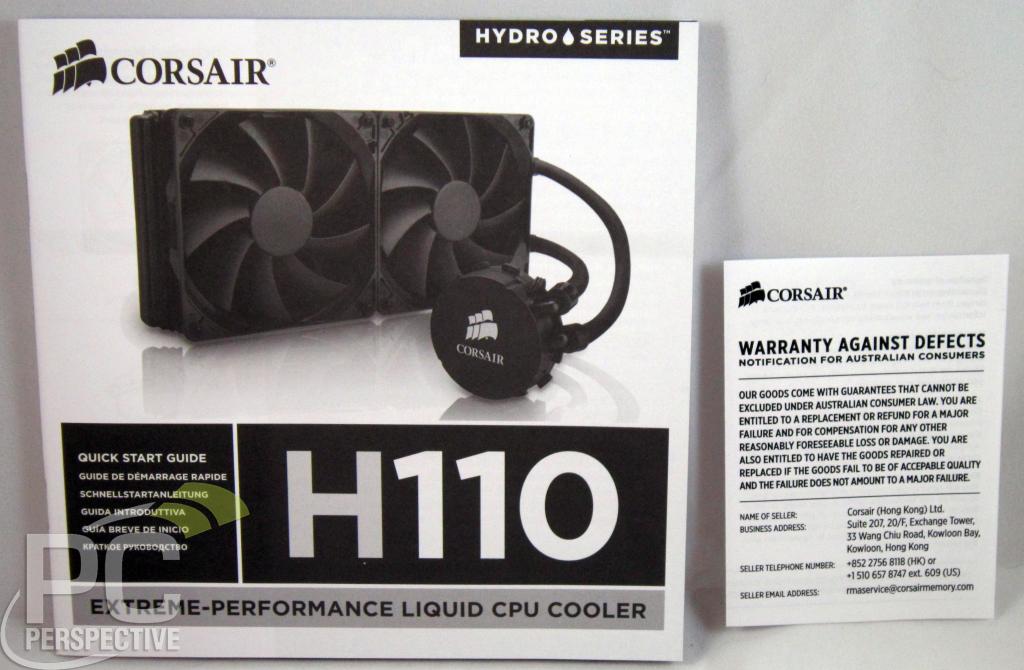 Corsair includes a very detailed and straight-forward manual with the H110 cooler, containing good explanations and illustrations covering unit setup and installation into motherboards of all supported socket types. Additionally, they include a warranty pamphlet as well as a warranty instruction card should you run into issues. 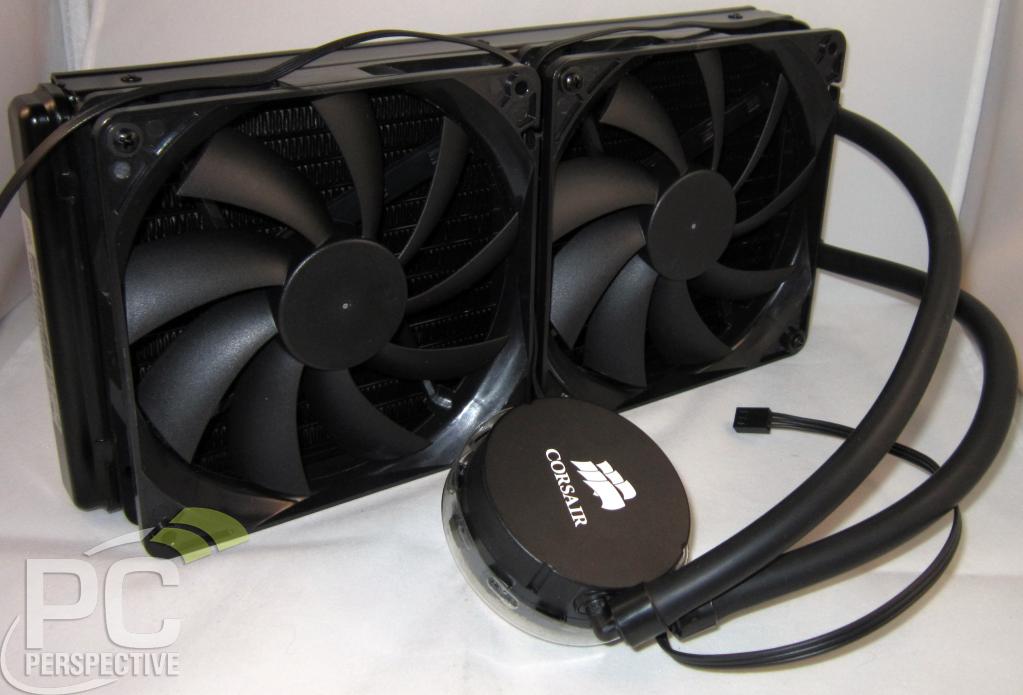 The Hydro Series™ H110 cooling system consists of an aluminum-based 312mm x 140mm x 29mm radiator capable of supporting up to four 140mm x 140mm fans, attached to a CPU copper-based cooling assembly via 1/4 inch rubber hoses. The cooling hoses are attached to the CPU assembly by rotating nozzles, capable of a full 360 degrees of rotation. 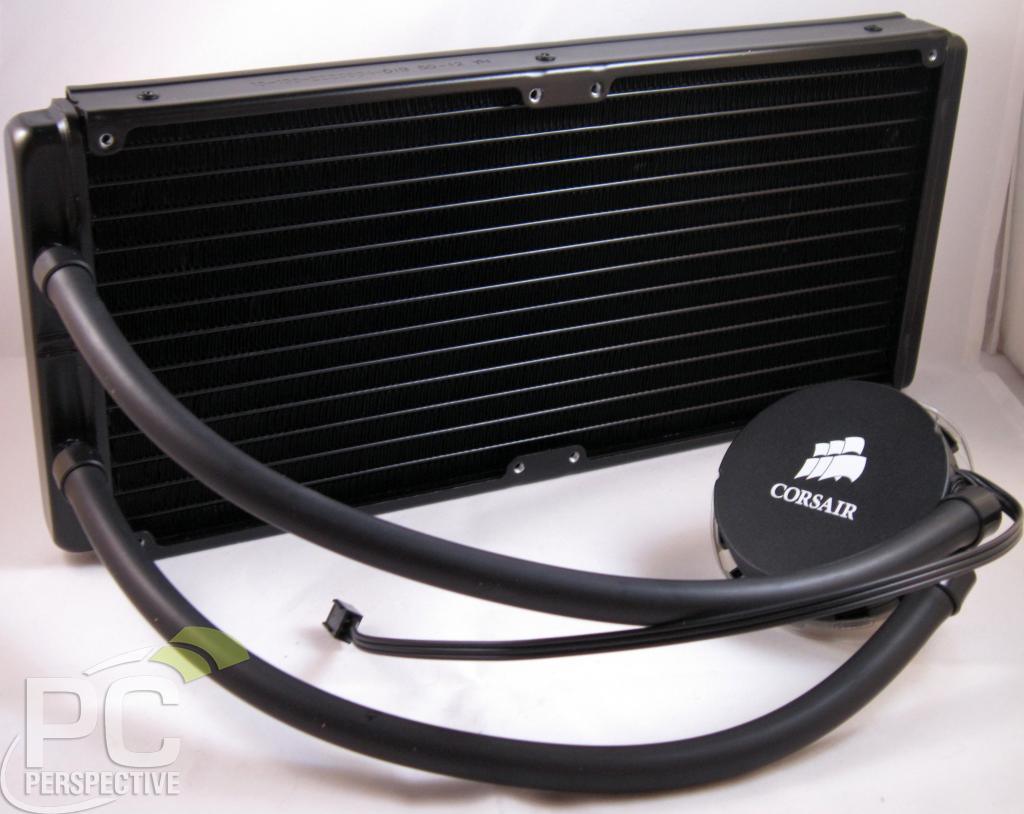 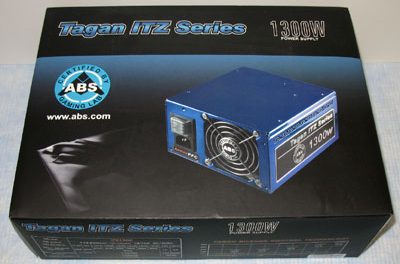