In case you missed it…

We showed some of our first results from our Frame Rating performance tests in our Titan review, but here they are again.

UPDATE: We have now published full details on our Frame Rating capture and analysis system as well as an entire host of benchmark results.  Please check it out!!

In one of the last pages of our recent NVIDIA GeForce GTX TITAN graphics card review we included an update to our Frame Rating graphics performance metric that details the testing method in more detail and showed results for the first time.  Because it was buried so far into the article, I thought it was worth posting this information here as a separate article to solict feedback from readers and help guide the discussion forward without getting lost in the TITAN shuffle.  If you already read that page of our TITAN review, nothing new is included below.

I am still planning a full article based on these results sooner rather than later; for now, please leave me your thoughts, comments, ideas and criticisms in the comments below!

We aren't ready to show our full sets of results yet (soon!) but the problems lie in that AMD's CrossFire technology shows severe performance degradations when viewed under the Frame Rating microscope that do not show up nearly as dramatically under FRAPS.  As such, I decided that it was simply irresponsible of me to present data to readers that I would then immediately refute on the final pages of this review (Editor: referencing the GTX TITAN article linked above.) – it would be a waste of time for the reader and people that skip only to the performance graphs wouldn't know our theory on why the results displayed were invalid.

Here are these results and our discussion.  I decided to use the most popular game out today, Battlefield 3 and please keep in mind this is NOT the worst case scenario for AMD CrossFire in any way.  I tested the Radeon HD 7970 GHz Edition in single and CrossFire configurations as well as the GeForce GTX 680 and SLI.  To gather results I used two processes:

Here is an example of what the overlay looks like in Battlefield 3. 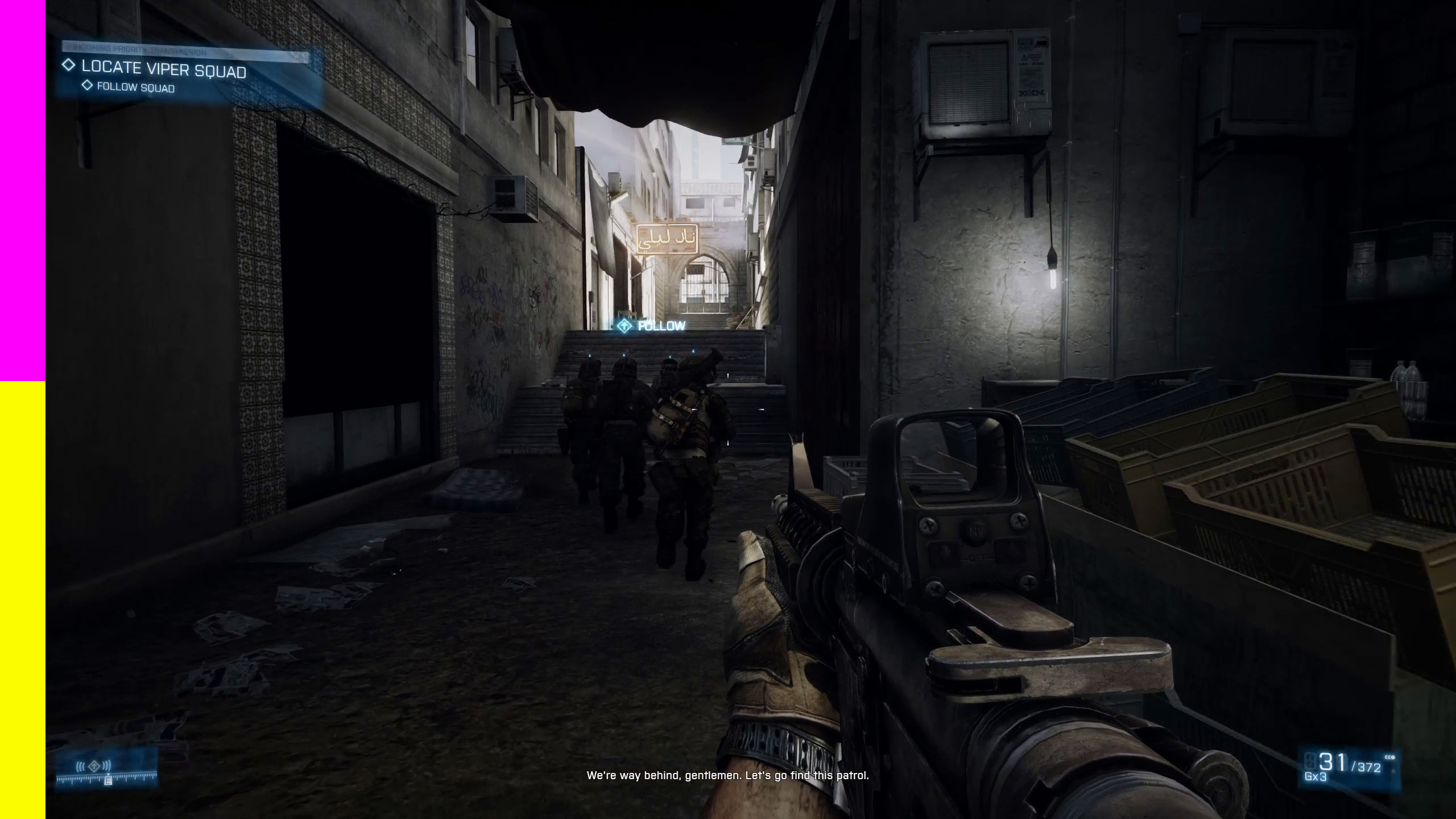 The column on the left is actually the visuals of an overlay that is applied to each and every frame of the game early in the rendering process.  A solid color is added to the PRESENT call (more details to come later) for each individual frame.  As you know, when you are playing a game, multiple frames will make it on any single 60 Hz cycle of your monitor and because of that you get a succession of colors on the left hand side.

By measuring the pixel height of those colored columns, and knowing the order in which they should appear beforehand, we can gather the same data that FRAPS does but our results are seen AFTER any driver optimizations and DX changes the game might make. 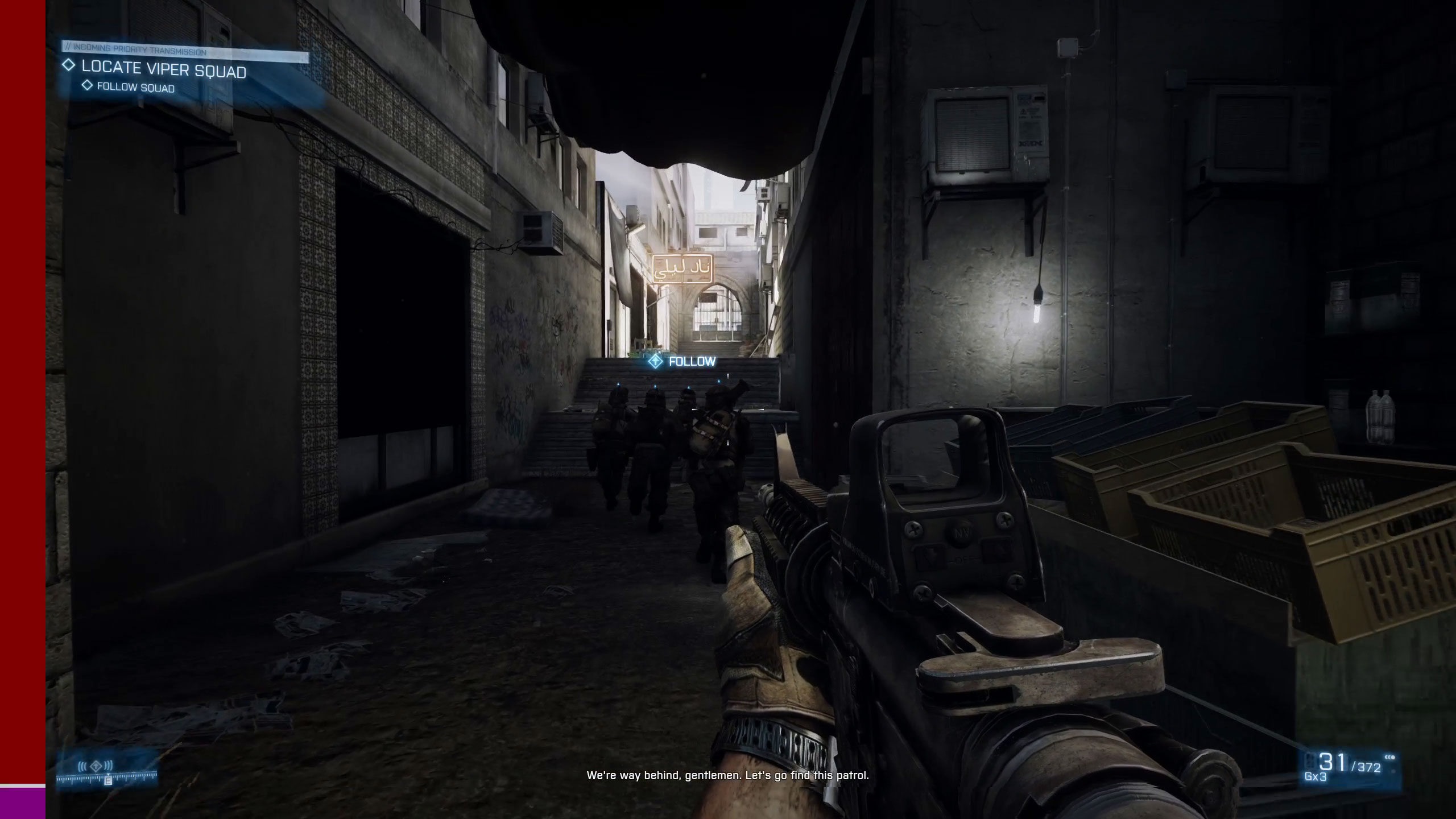 Here you see a very similar screenshot running on CrossFire.  Notice the thin silver band between the maroon and purple?  That is a complete frame according to FRAPS and most reviews.  Not to us – we think that frame rendered is almost useless. 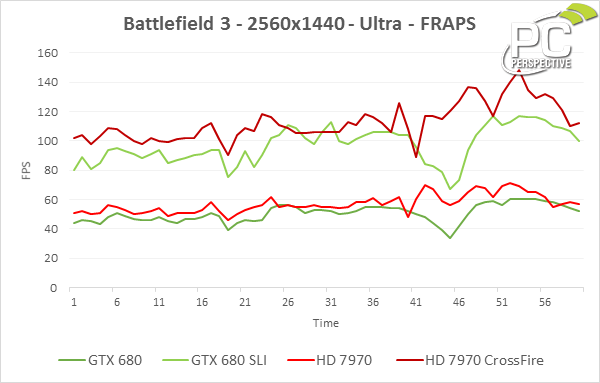 Here is a typical frame rate over time graph as generated by FRAPS.  Looks good right?  CrossFire and SLI are competitive with the advantage to the HD 7970s. 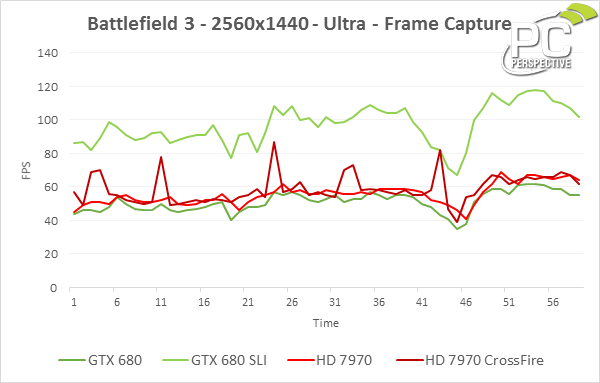 This is the same graph with data gathered from our method that omits RUNT frames that only represent pixels under a certain threshold (to be discussed later).  Removing the tiny slivers gives us a "perceived frame rate" that differs quite a bit – CrossFire doesn't look faster than a single card.

This is the raw frame times as captured by FRAPS – again we are looking for a narrow band of frametimes to represent a smooth experience.  Both single cards do pretty well, but SLI sees a bit more variance and CrossFire sees a bigger one.  Quite a bit bigger.

Here is the same data gathered by our new capture system – the CrossFire configuration looks MUCH worse with many frames hitting near 0ms of screen time.  That would be great if they were ALL like that but unfortunately they also scale up to 20ms and higher quite often.  Also notice NVIDIA's is actually MORE uniform indicating that there is some kind of smoothing going on after the frame leaves the game engine's hands.

Let's zoom in a bit – here is 100 frames of the FRAPS frametimes from above.  Notice the see-saw effect that the CrossFire output has…

And see how much worse it is here in our Frame Rating Capture configuration.  The pattern is actually exaggerated on the CrossFire solution while the SLI configuration is smoother.

Here are a couple more screenshots from our captures. 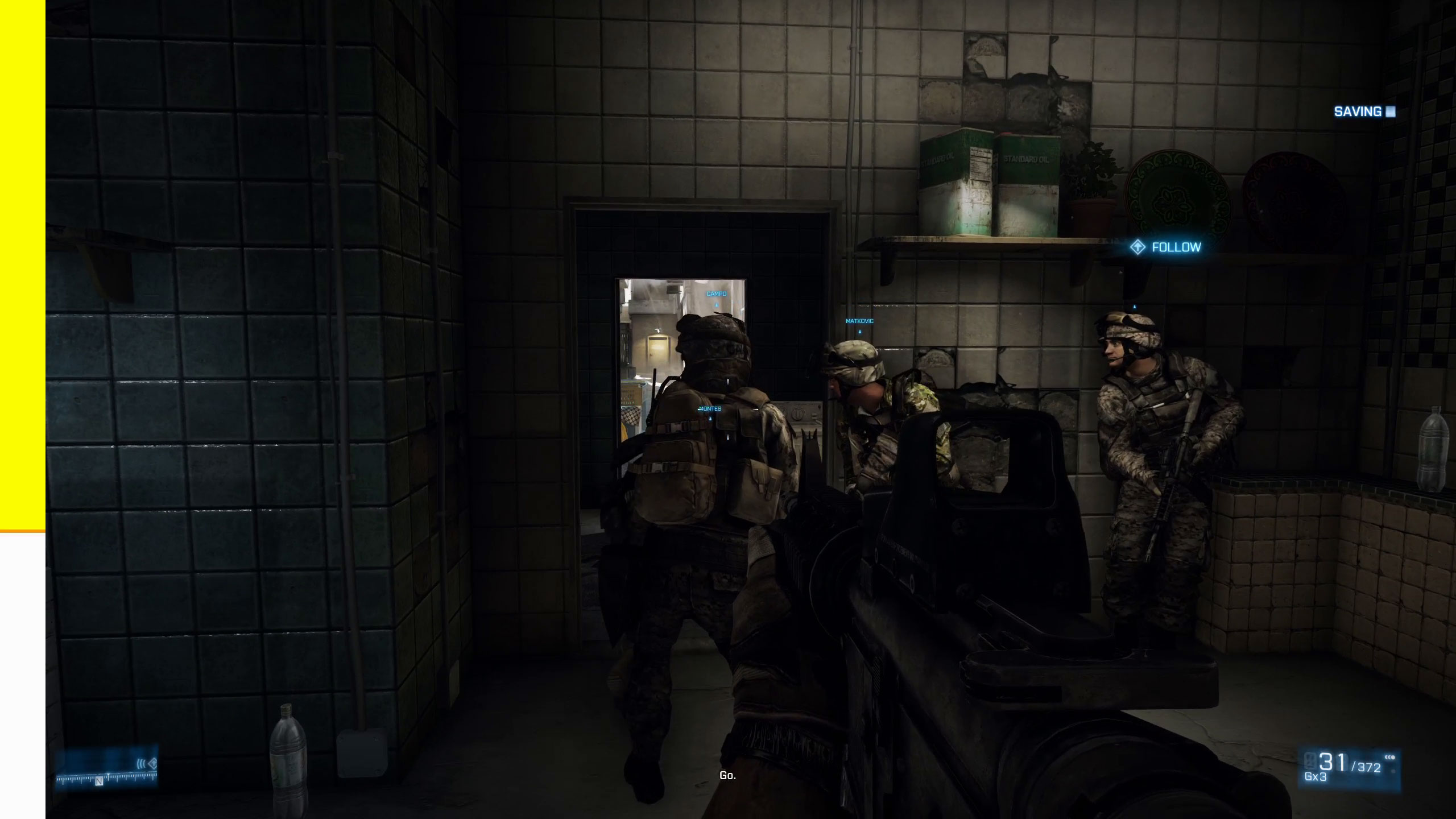 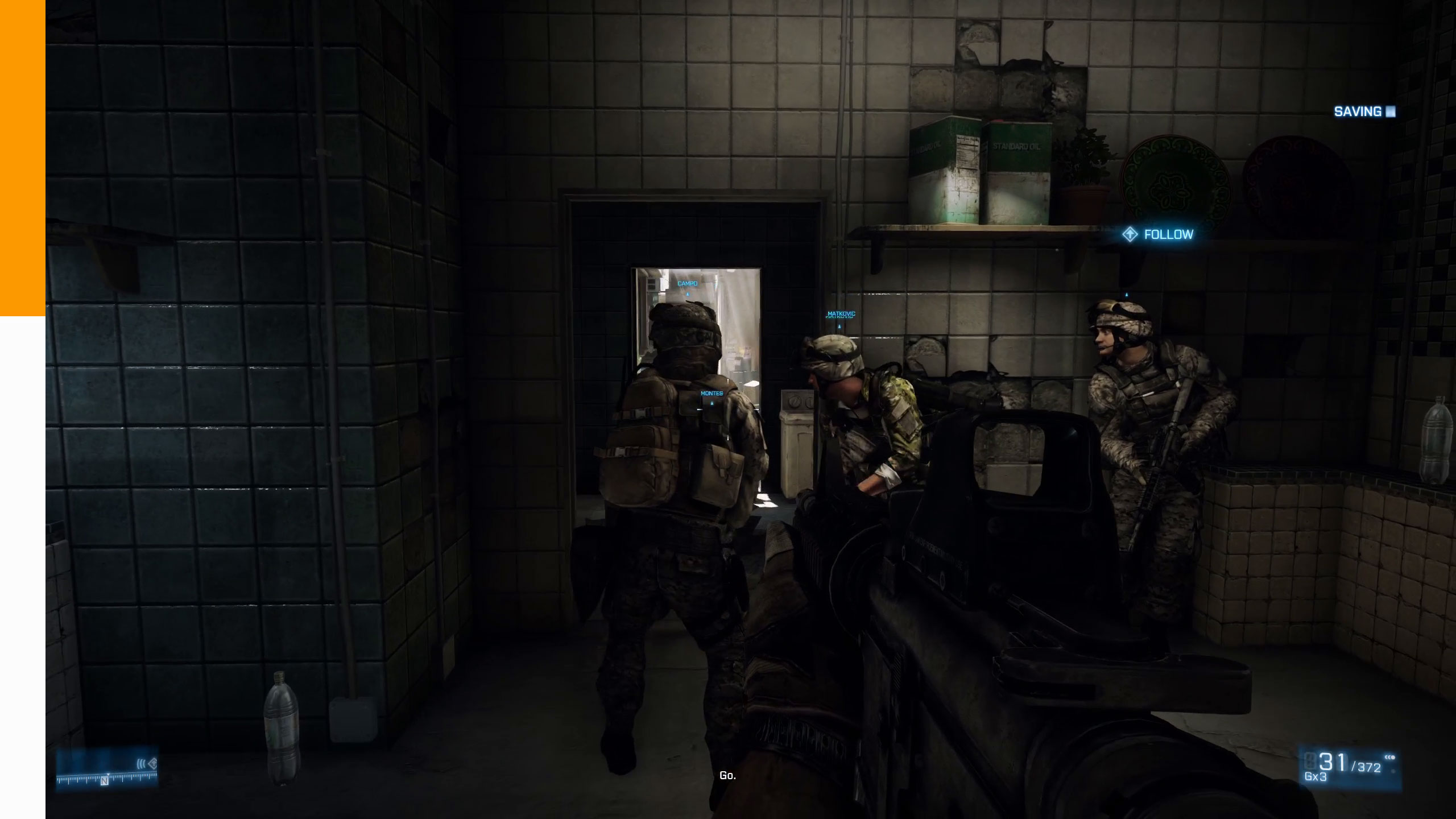 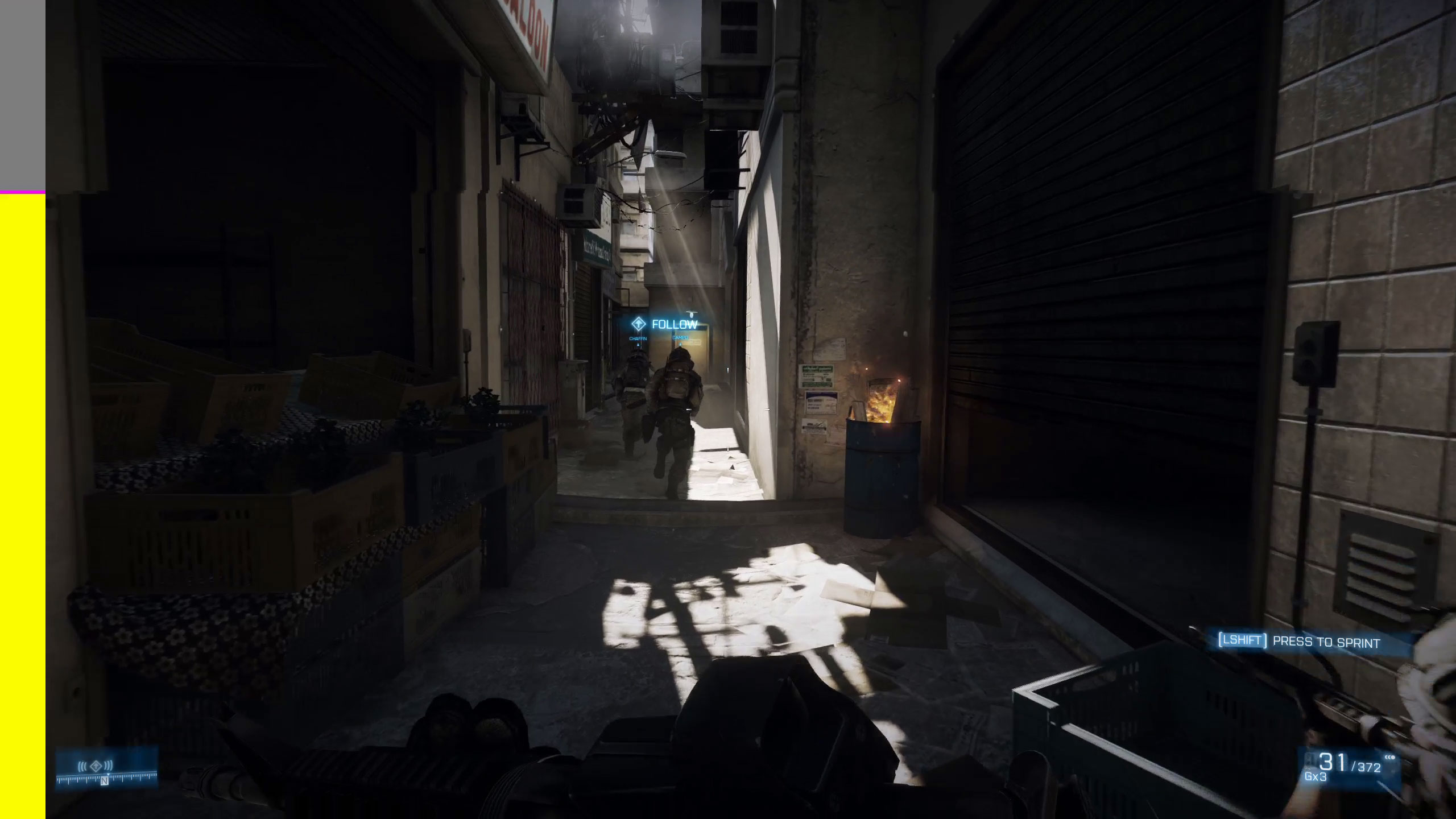 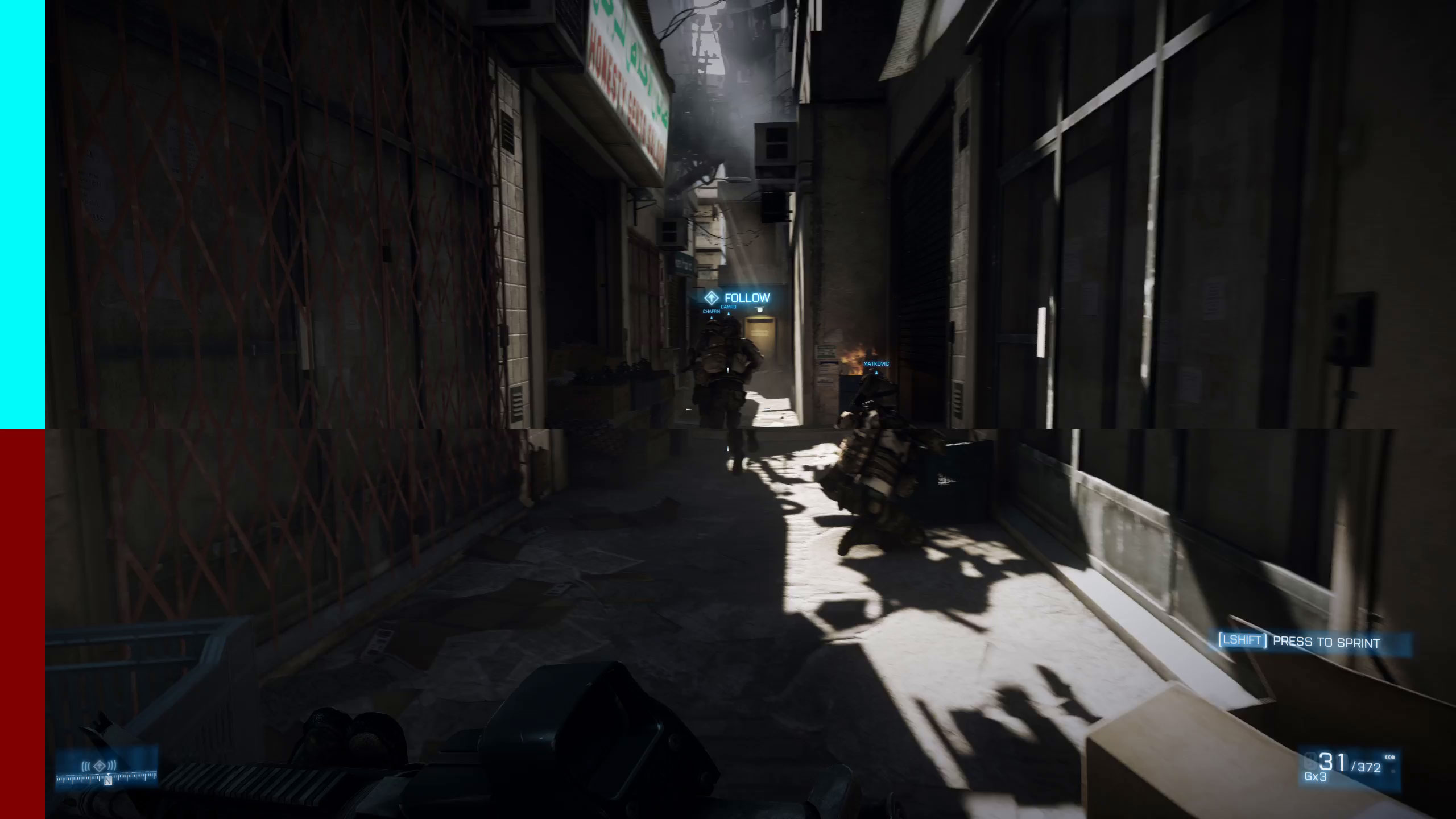 This is just a preview of what we have planned for our new Frame Rating Capture performance testing method.  We have gone through many games with this and the results can vary from looking better than FRAPS to looking much, much worse.

I am eager to get your feedback – please feel free to leave comments below and the follow on to the conclusion of our GeForce GTX TITAN review! 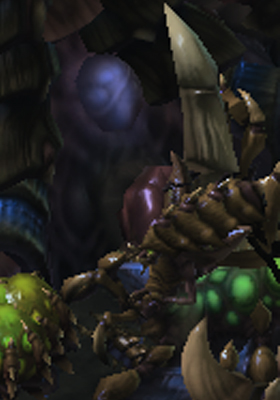