NVIDIA is very proud of the GeForce GTX TITAN; that much is obvious.  They are even claiming that the TITAN will find its way into small form factor and mini-ITX systems from the likes of MAINGEAR, Falcon Northwest, Digital Storm and more.  With the 10.5-in card length and the focus on temperature and sound levels, the GK110 could make a surprisingly good gaming graphics card for a SFF box.  System builders could change the default settings and lower the temperature target from 80C to 75C for example, limiting the clock rates and performance some but creating a quieter and more confined-space friendly design. 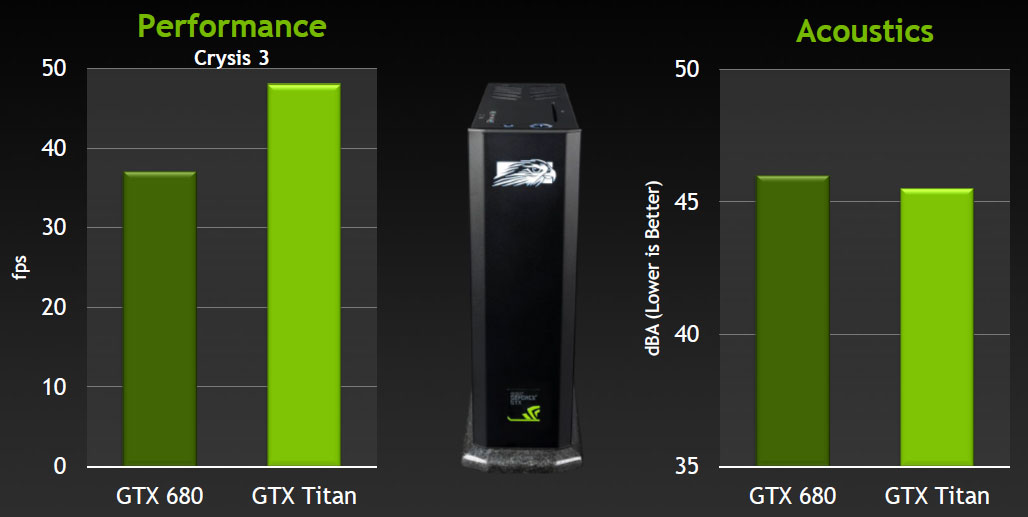 The problem with this idea is that the GeForce GTX TITAN is a $999 graphics card and most of these SFF gaming rigs are in the $1000-2000 range completely configured.  Doubling the cost of your system with a TITAN that isn't fully utilized from a performance perspective seems like a bit of an eccentric choice.  It is a great talking point and slide in a presentation but I question the usefulness of putting such a powerful card in such a small space, even if the hardware today can keep up with it. 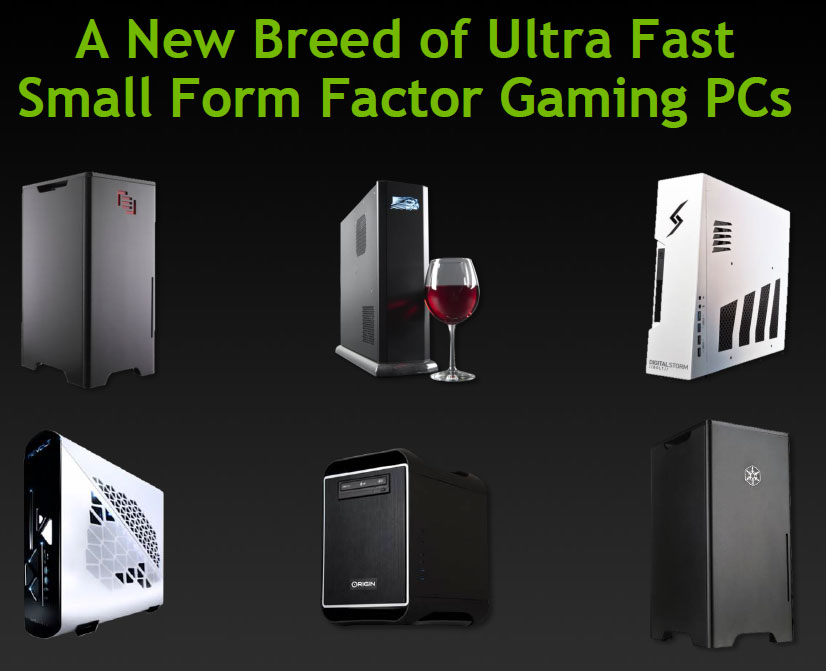 I think a much more likely scenario is the full-size ATX gaming system with one, two or three TITANS are humming along with some moderate overclocks.  The Geekbox Ego Maniacal rig we were sent is the epitome of gaming perfection: 3-Way GTX TITAN SLI, 4.6 GHz Sandy Bridge-E, 32GB of memory, RAID-0 SSDs!  But you're going to have to pay for that kind of power! 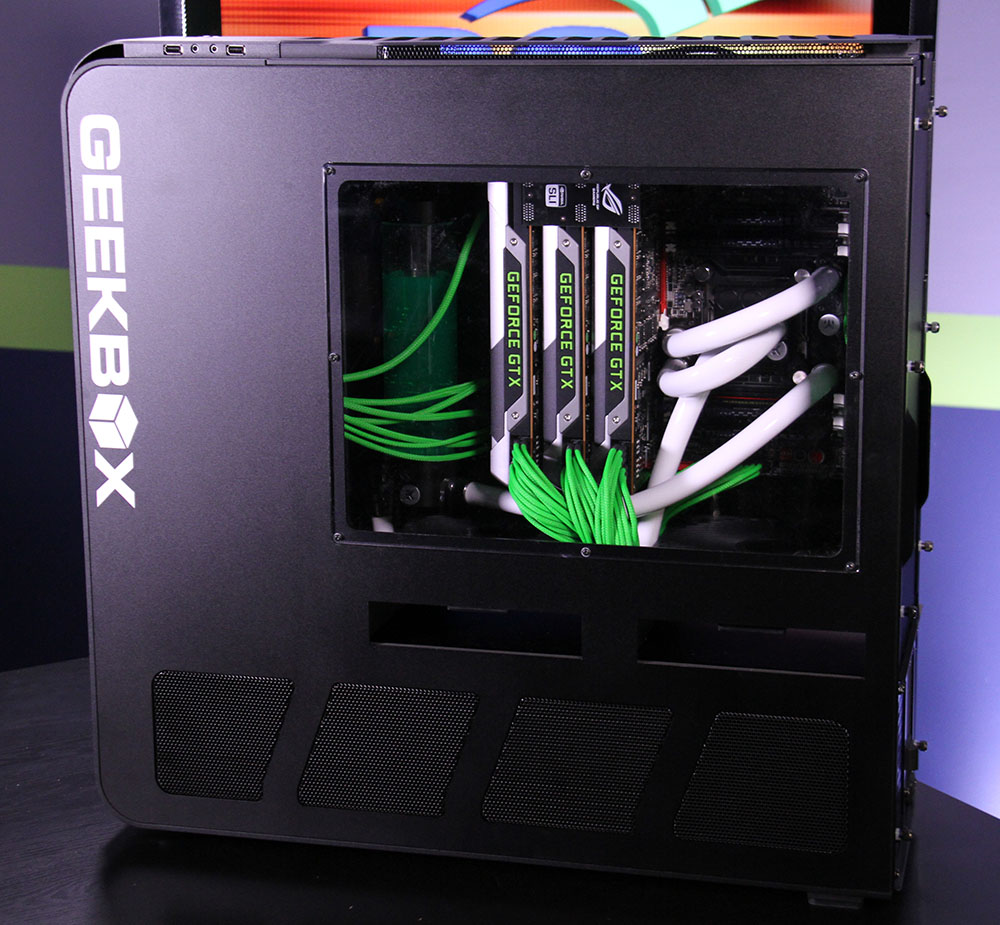 Normally in this spot we would summarize our findings on the performance of the NVIDIA GeForce GTX TITAN graphics card, talk about the pricing and availability and then finalize a conclusion for our readers to base an informed buying decision on.  Not today.  NVIDIA has decided to hold back on the benchmarks on TITAN until Thursday morning, so you'll just have to stop back here for the results and our final analysis then.  I can tell you though that you'll like what you see.

I am allowed to talk about pricing though and as I have mentioned several times, the MSRP for TITAN is $999, the same price as the GTX 690.  The GTX 690 has a pair of GK104 GPUs and 2GB of memory each while TITAN has a single larger GPU with 6GB of memory.  Being as non-specific as possible, the GTX 690 is still faster in most cases but as I have said since SLI was reintroduced in 2004, if it is possible to buy a single GPU that can perform on the same level as a pair of GPUs, that is going to present the better gaming solution.  Doing away with the need to balance the performance of two cards, even identical ones, will always benefit the gamer in the long run. 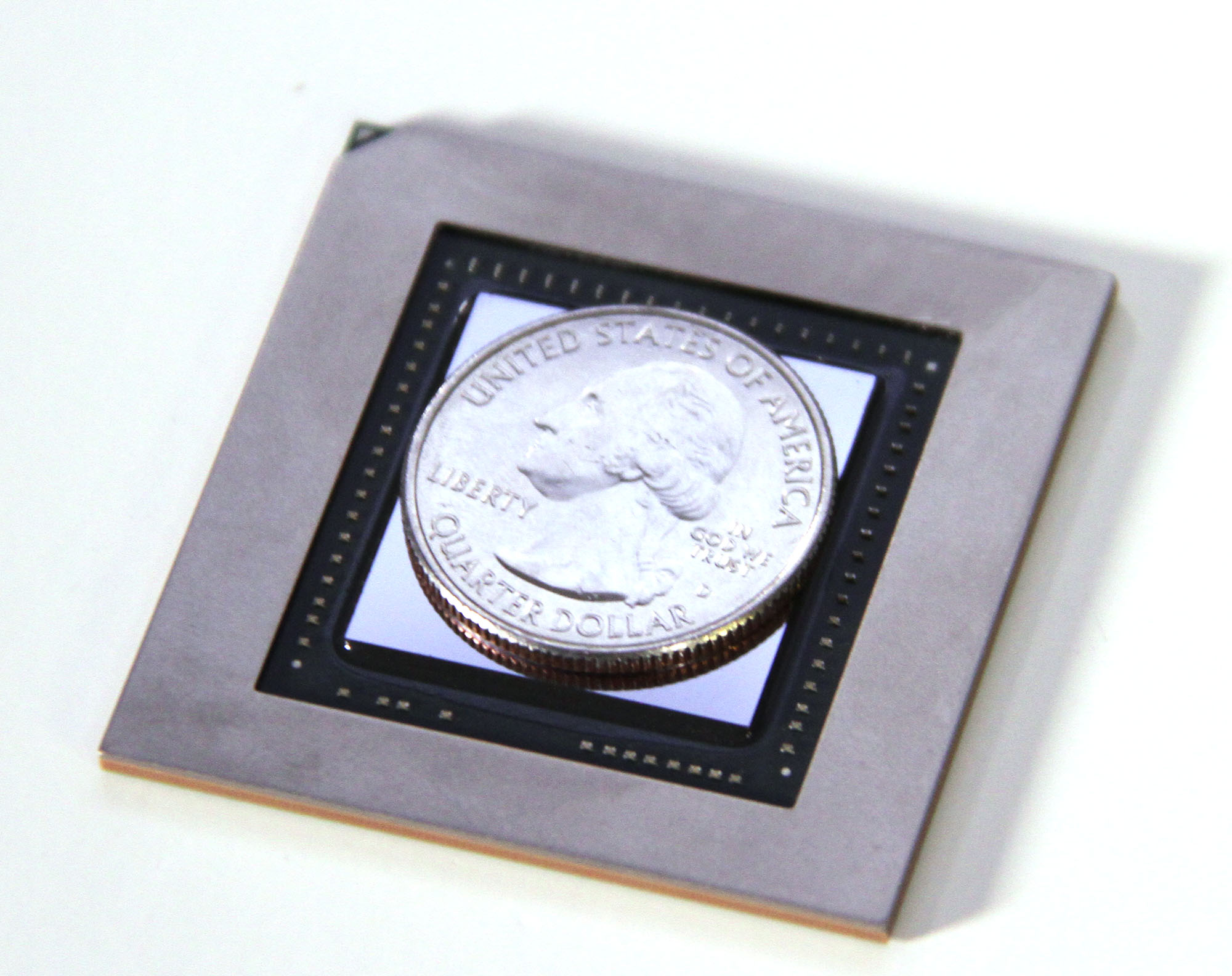 In addition to our benchmarks of the GeForce GTX TITAN on Thursday, I would highly recommend you schedule to be on our PC Perspective Live! page at 2pm ET / 11am PT on Thursday, February 21st as I will be joined by NVIDIA's Tom Petersen for a discussion and demonstration of the TITAN performance and features.

For now, watch our video on the GeForce GTX TITAN graphics card and prepare for Thursday!!