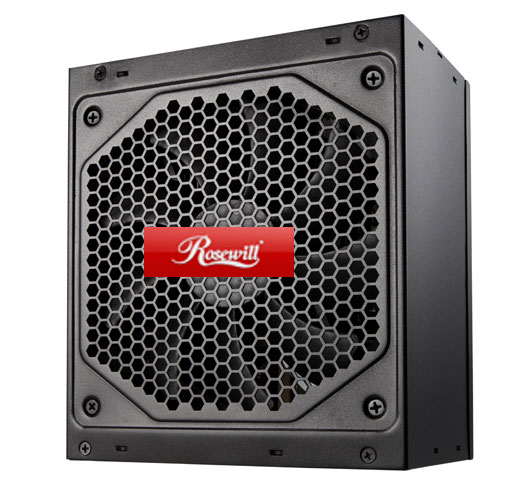 We measured the AC power input to the Rosewill Tachyon-1000 PSU with an Extech power analyzer while the total DC load was found by adding all the individual +3.3V, +5V, +12V, -12V and +5VSB loads together. 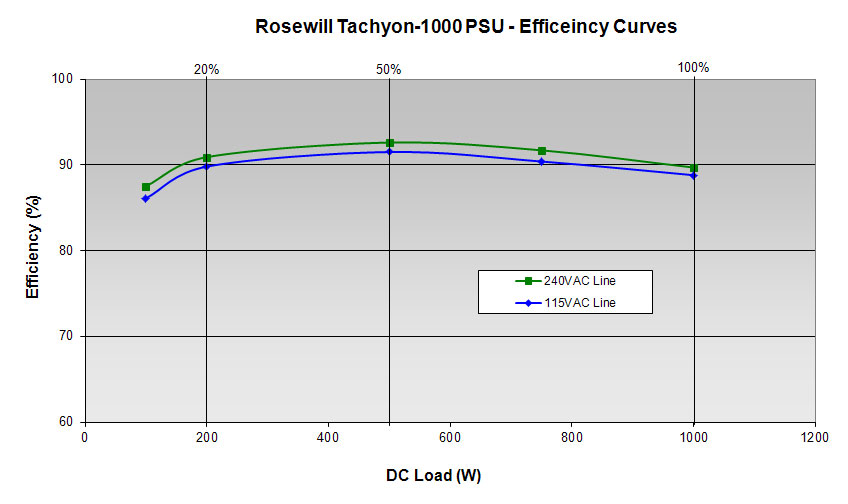 During our tests the PSU was able to easily meet the 80Plus Platinum requirements while operating on 240 VAC but struggled a little while operating on 115 VAC.  The probable reason for the lower efficiency numbers is that our tests are conducted at real world operating temperatures (up to 40°C) while the 80Plus Organization tests are conducted at room temperature (25°C); the cooler temperatures typically result in slightly higher efficiency. We are also well within the margin of test error and rounding up each of the efficiency numbers brings us into spec.

The Tachyon-1000 started out dead silent as the fan didn’t even start spinning until we started the 200W load test. Even at low to mid power output the fan was relatively quiet but definitely ramped up quickly at high loads. I was not able to take SPL reading at the higher loads due to all the programmable load cooling fans cycling on and off. 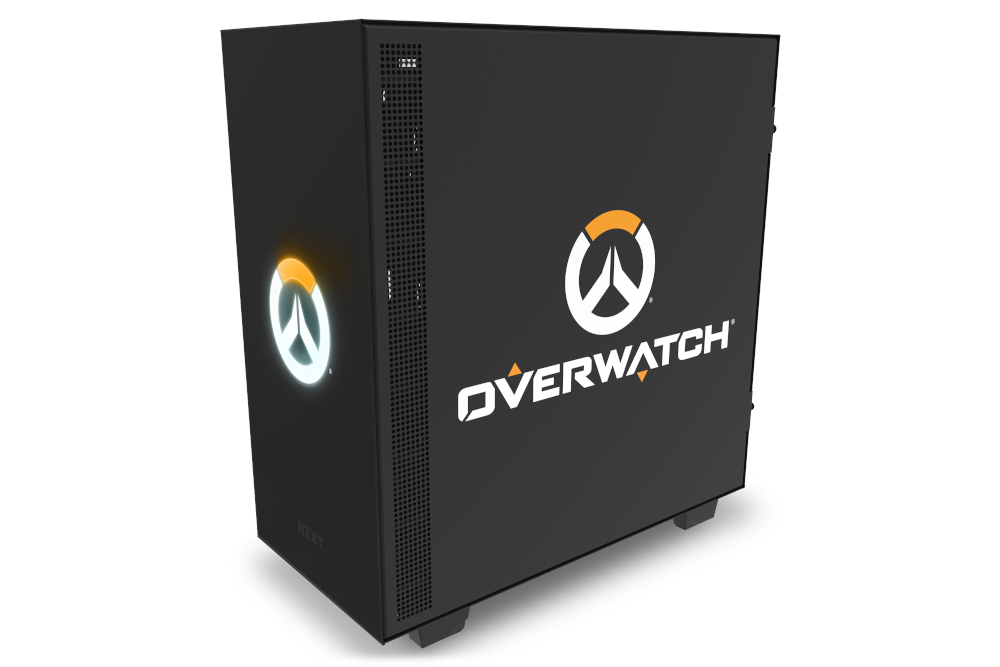