NVIDIA develops processors, but without an x86 license they are only able to power ARM-based operating systems. When it comes to Windows, that means Windows Phone or Windows RT. The latter segment of the market has disappointing sales according to multiple OEMs, which Microsoft blames them for, but the jolly green GPU company is not crying doomsday.

As reported by The Verge, NVIDIA CEO Jen-Hsun Huang was optimistic that Microsoft would eventually let Windows RT blossom. He noted how Microsoft very often "gets it right" at some point when they push an initiative. And it is true, Microsoft has a history of turning around perceived disasters across a variety of devices.

They also have a history of, as they call it, "knifing the baby."

I think there is a very real fear for some that Microsoft could consider Intel's latest offerings as good enough to stop pursuing ARM. Of course, the more the pursue ARM, the more their business model will rely upon the-interface-formerly-known-as-Metro and likely all of its certification politics. As such, I think it is safe to say that I am watching the industry teeter on a fence with a bear on one side and a pack of rabid dogs on the other. On the one hand, Microsoft jumping back to Intel would allow them to perpetuate the desktop and all of the openness it provides. On the other hand, even if they stick with Intel they likely will just kill the desktop anyway, for the sake of user confusion and the security benefits of cert. We might just have less processor manufacturers when they do that. 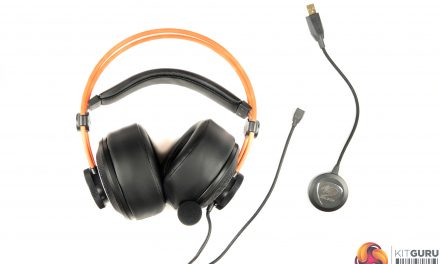 Squeezing more from an audio stream