It will become painfully apparent as we dive through the benchmark results on the following pages, but I feel that addressing the issues that CrossFire and Eyefinity are creating up front will make the results easier to understand.  We showed you for the first time in Frame Rating Part 3, AMD CrossFire configurations have a tendency to produce a lot of runt frames, and in many cases nearly perfectly in an alternating pattern.  Not only does this mean that frame time variance will be high, but it also tells me that the value of performance gained by of adding a second GPU is completely useless in this case.  Obviously the story would become then, “In Battlefield 3, does it even make sense to use a CrossFire configuration?”  My answer based on the below graph would be no. 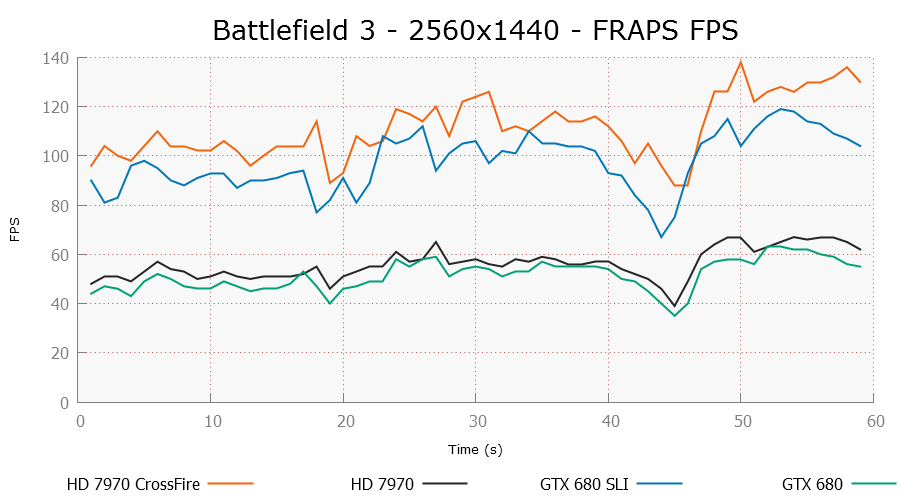 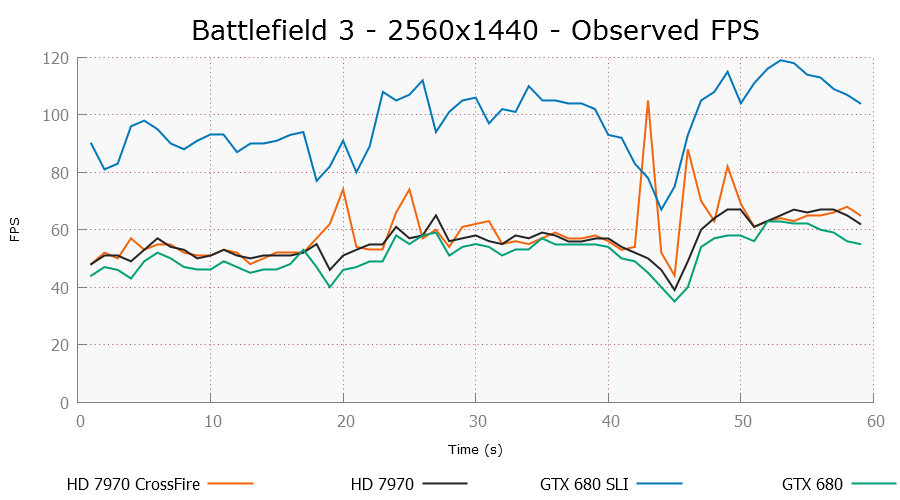 Another issue that cropped up with the AMD configurations in CrossFire mode showed its face when we tried 5760×1080 testing.  In nearly every case, an AMD CrossFire dual-GPU configuration running an Eyefinity configuration at 5760×1080 showed alternating dropped frames.  Whereas with single monitor gaming we were seeing some full game frames being turned into runts at the display, with Eyefinity those frames were missing completely (seen as missing overly colors from the expected pattern).

This actually caused two things to happen.  First, our Perl scripts and data generation would sometimes error out completely (after the capture and extraction steps) because the code was never able to find the initial sequence of 16 colors in the correct order to validate the video capture.  We are still working on a fix for this in order to present that information in a useable format, but for now we will point out specifically when that occurred.  Secondly, the frame rates were smoother!  Without the runts getting in the way of the animation sequences the motion on the screen was actually more fluid than it would have been otherwise, but don’t take this as a vindication of what AMD’s Eyefinity is actually doing.  While the animation is smoother, you are still not seeing any benefit from the second card in your CrossFire configuration and you could view it simply as wasted investment.

Finally, we saw some interesting visual problems in our captures of Eyefinity that cause us to raise some eyebrows.  Because the overlay changes colors with every frame I was able to notice some instances where the digital scan out of the graphics cards were not matching up; frames were being split by other frames. 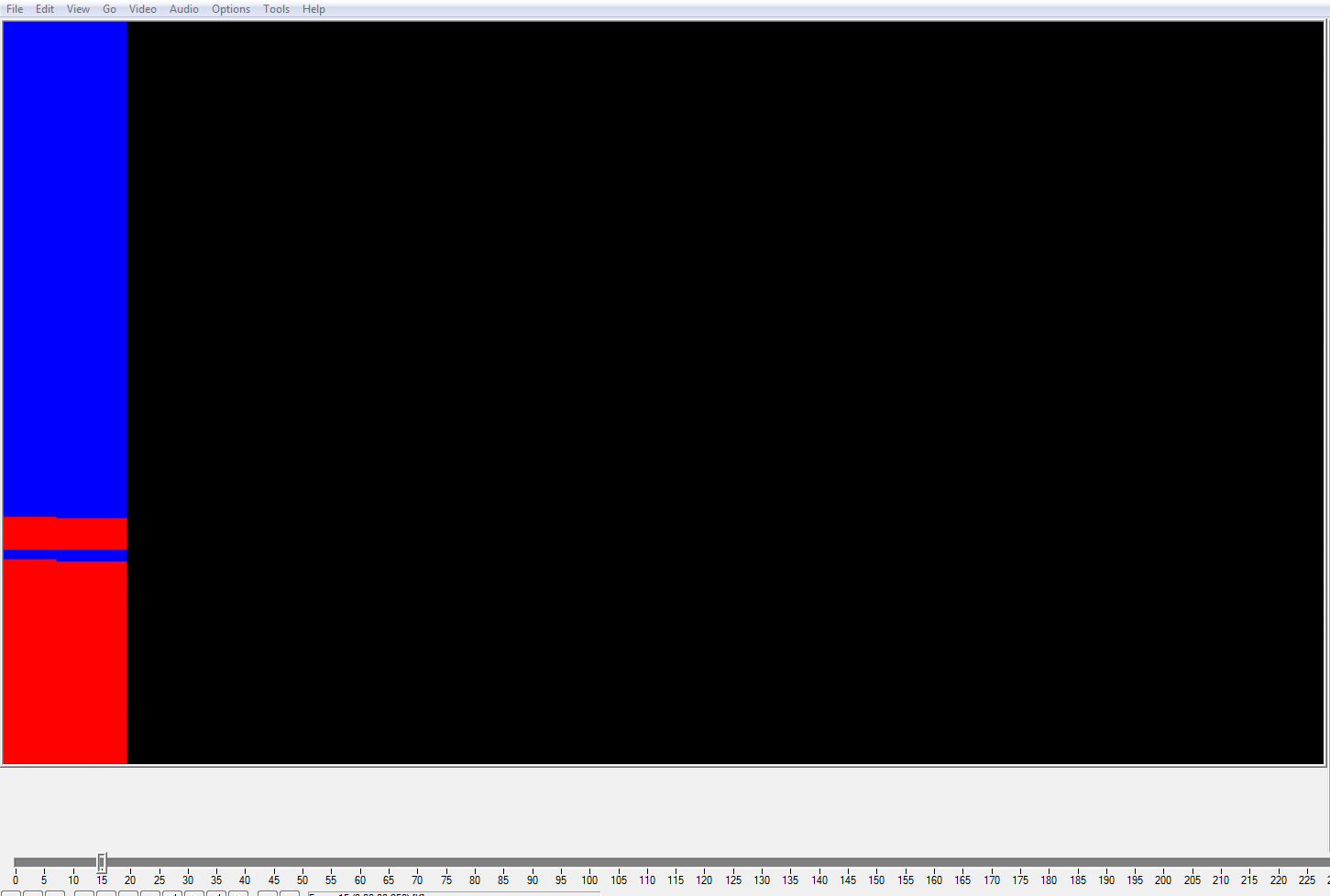 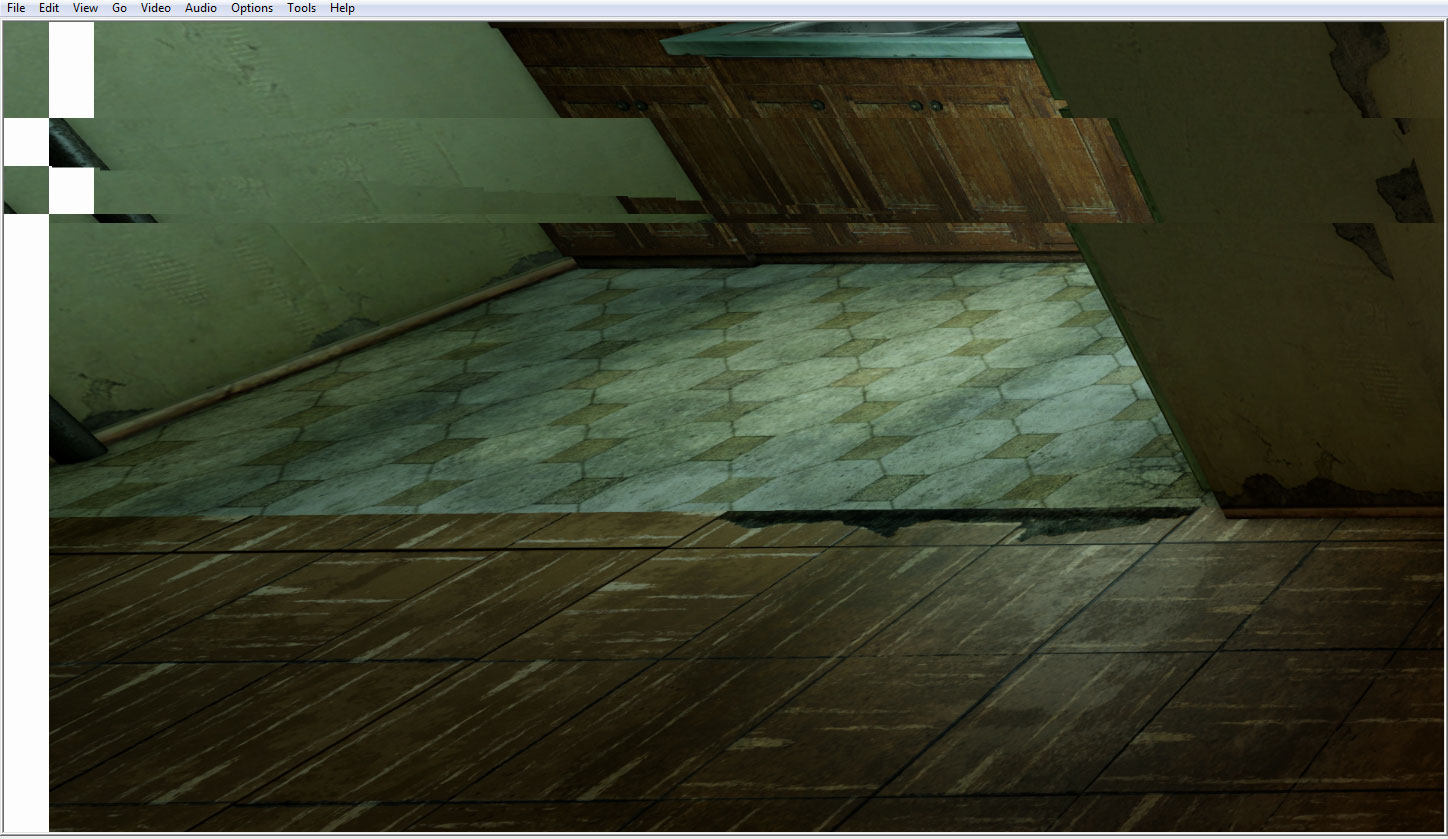 At first I was afraid something was going on with our capture hardware, that somehow the EDID of the Datapath VisionDVI-DL card was incorrectly communicating with the AMD GPUs.  But in fact, we saw several problems and inconsistencies with AMD’s graphics performance when more than one display was attached to the system, even if we were NOT in an Eyefinity setup!  As I later learned, enabling Vsync actually does not work at all with Eyefinity and that, combined with the results I have seen (of which the screenshot above is an indicator) with our testing, lead me to believe that something is fundamentally wrong with AMD’s Eyefinity implementation.  And if it’s not “wrong”, it is definitely counter intuitive.  We’ll be asking AMD for more information in the coming weeks and hope to get more information from them as our Frame Rating process evolves.

For our first set of data we are going to be looking at the Radeon HD 7970 GHz Edition and the GeForce GTX 680 in both single and dual-GPU combinations.  By looking at the high-end graphics cards first we can set a baseline for what to expect moving forward into the mid-range options and even mainstream.