Handbrake was used to convert an uncompressed version of the Iron Man Blu-ray movie in MKV format to a compressed 720P MP4 format. The Iron Man MKV file was ripped from the Blu-ray disc with the file size for the uncompressed media coming in at 26 GB. Handbrake was run with default settings enforced with the exception of Anamorphic set to Loose and Video width set to 1280. This test was repeated three times with the lowest repeatable conversion time recorded. 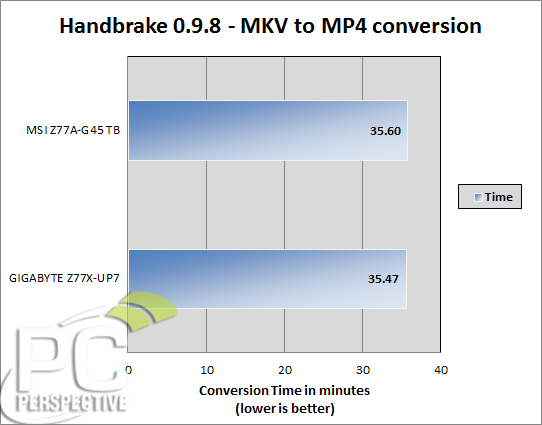 Given the fact that video encoding is one of the more system intensive operations, good performance in this benchmark can be indicative of overall board health. The Z77A-G45 Thunderbolt does not disappoint with its performance matching that of the other board. 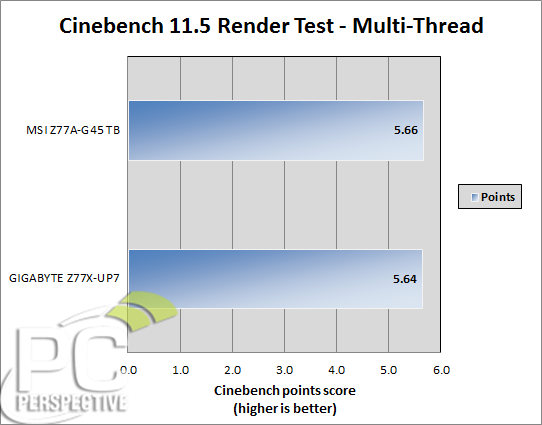 The Z77A-G45 Thunderbolt continues to show strong performance against the competition. 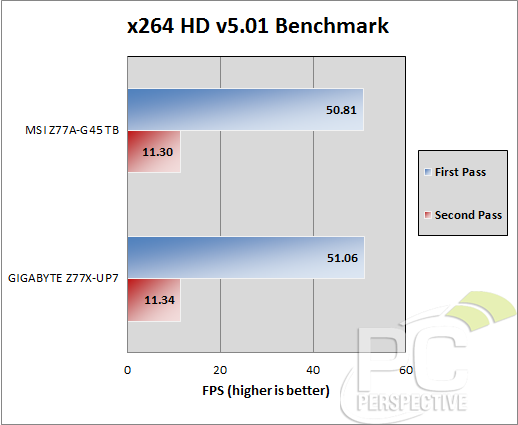 Yet again, the Z77A-G45 Thunderbolt manages to stick close to it competitor for another strong performance showing. 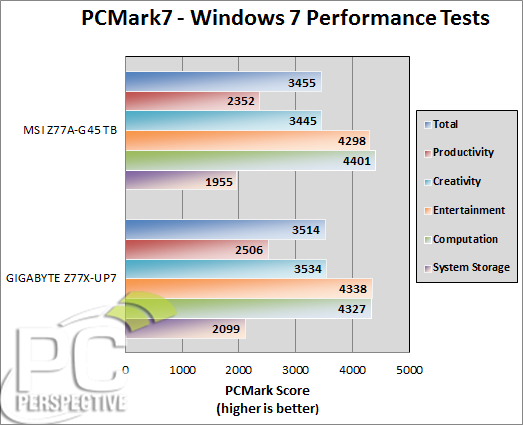 While its performance remained strong, the Z77A-G45 Thunderbolt seemed to lag its competitor in this business app centered benchmark by almost 5% in all tests. 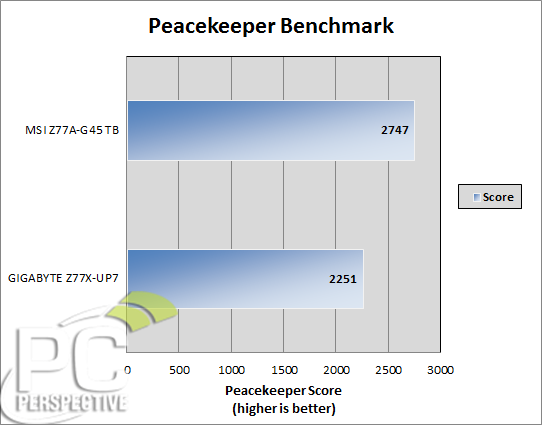 The Z77A-G45 Thunderbolt decimates the competition coming in at over 20% faster than the other Intel Z77-based solution.

Gigabyte adds speed to their reputation