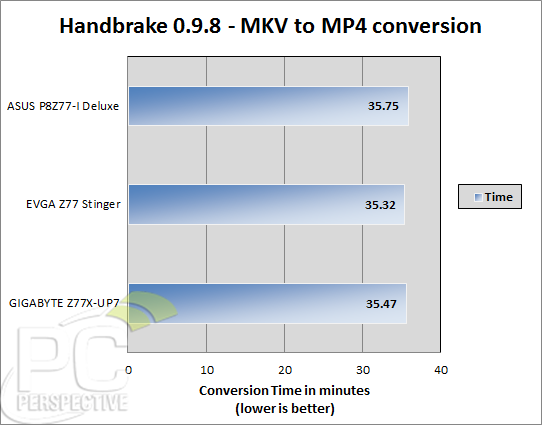 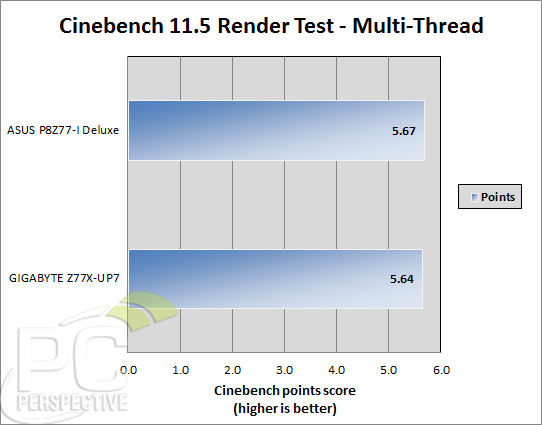 The P8Z77-I Deluxe again managed to hold its own in comparison with the other Intel Z77-based systems. 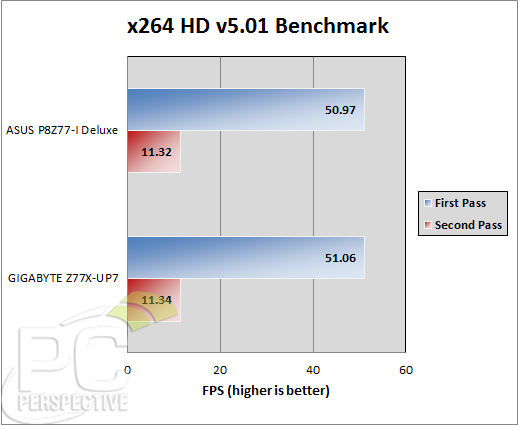 Again, the P8Z77-I Deluxe holds its own against its full-sized competitor. 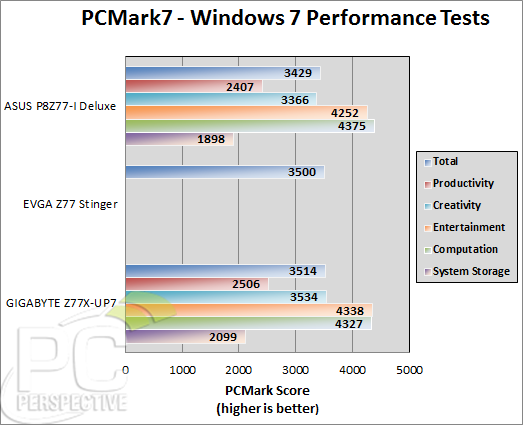 While the P8Z77-I Deluxe's performance falters slightly in this benchmark, it remains within 5-10% of the competition performance-wise. The performance loss witnessed would be hardly noticeable while using real-world business applications because normal use is not as intensive as the benchmark testing use patterns performed.