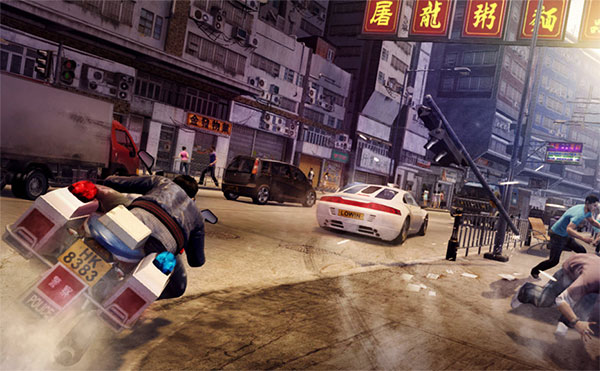 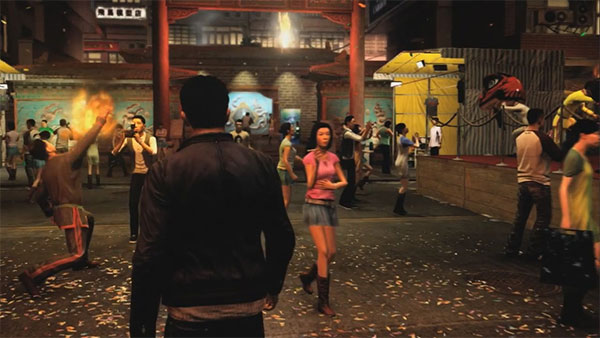 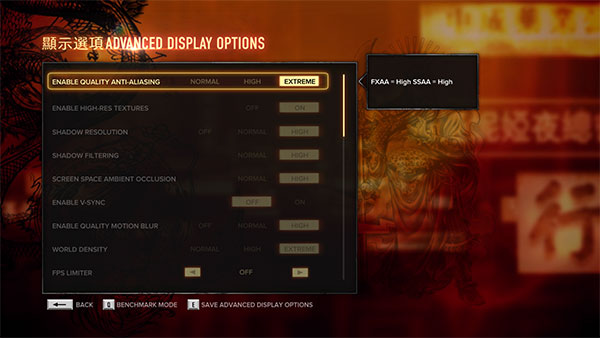 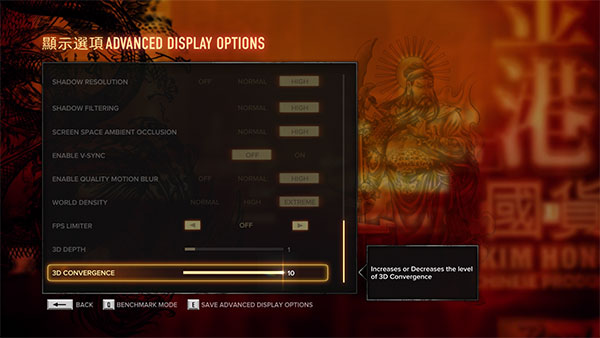 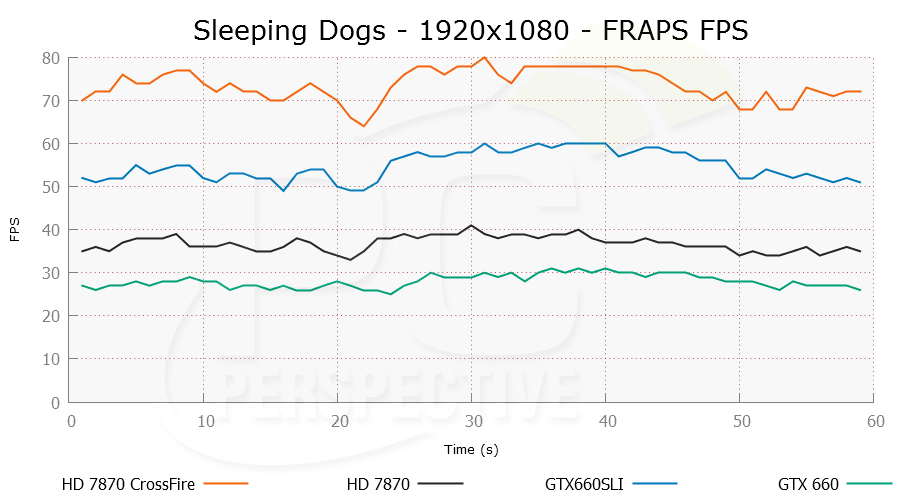 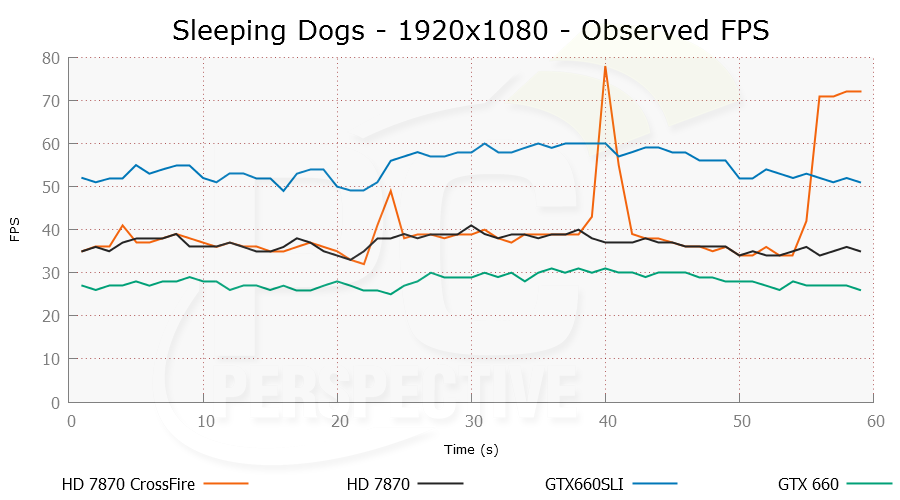 The pattern we saw in BF3 and Crysis 3 is repeated here with great scaling on CrossFire and SLI in FRAPS but the CrossFire results fall on their face when we look at the observed, Frame Rating based results.  For single cards, the GTX 660 is clearly behind the HD 7870. 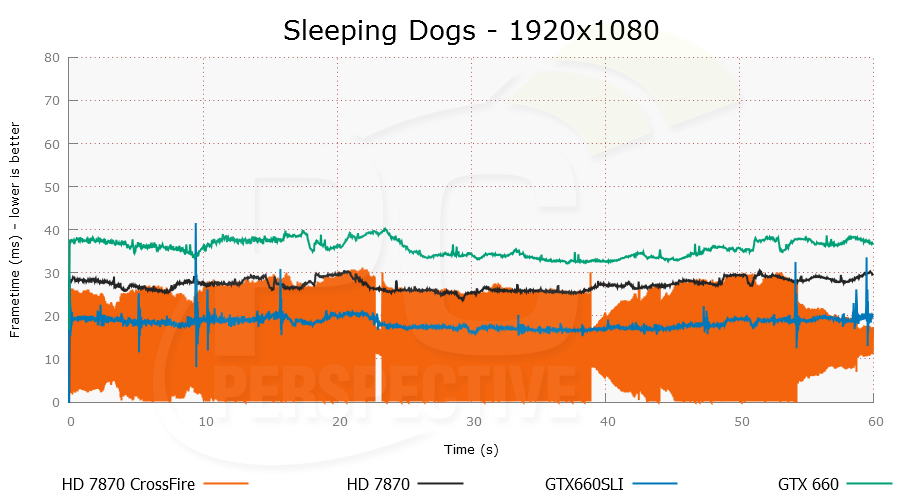 Frame time data from CrossFire results in the mass of orange color you see there, while both single cards and the NVIDIA SLI data show very consistent and smooth frame times. 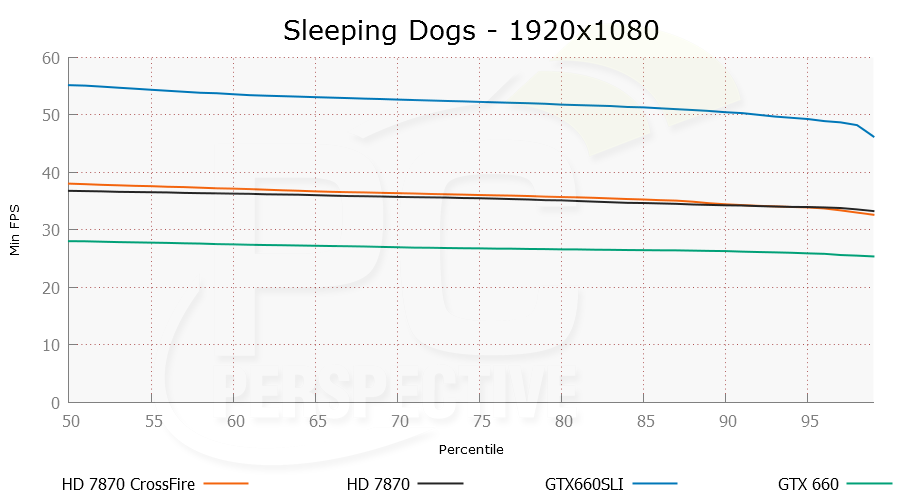 SLI scales nearly 90% here going from the average of 29 FPS to 55 FPS but CrossFire can barely stay ahead of a single card thanks to the timinig issues seen above. 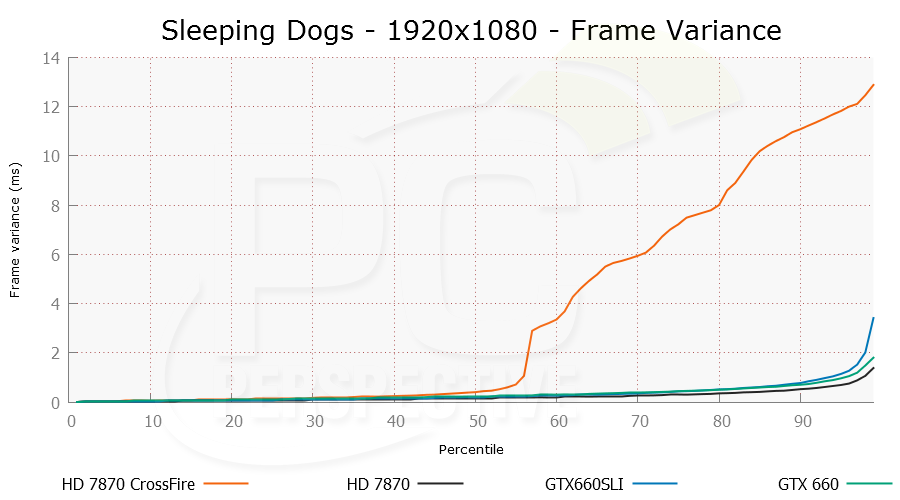 Frame variances on every configuration but the HD 7870s in CrossFire were great but we are see a lot more relative variance for the pair of HD 7870s. 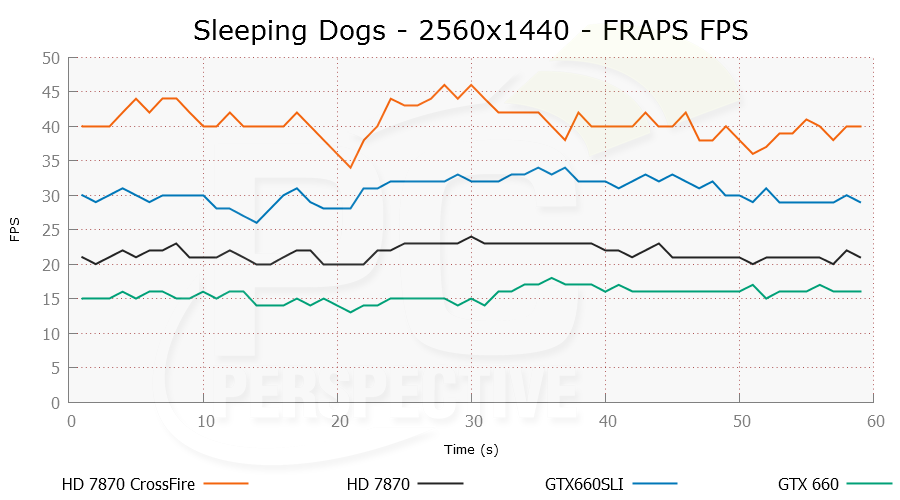 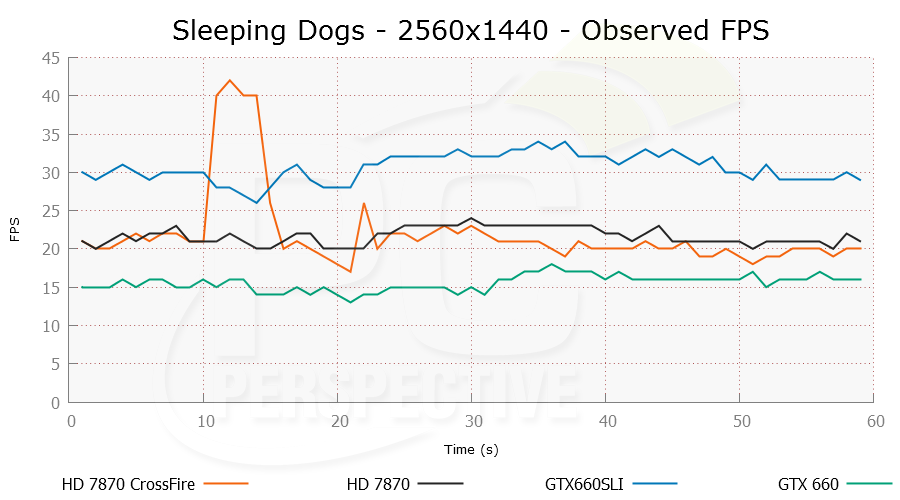 More solid scaling from single GTX 660 to dual GTX 660s from NVIDIA but the CrossFire result looks just as bad as it did above. 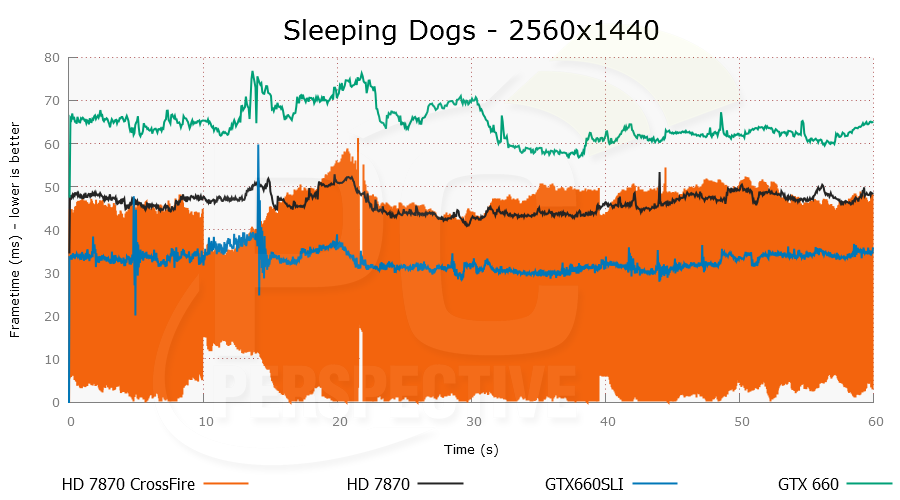 Awful frame time results from the CrossFire cofiguration…it's getting hard to repeat that over and over.  The SLI results do look prety solid and scale well at 2560×1440 though the single HD 7870 is still the much better option compared to the GTX 660. 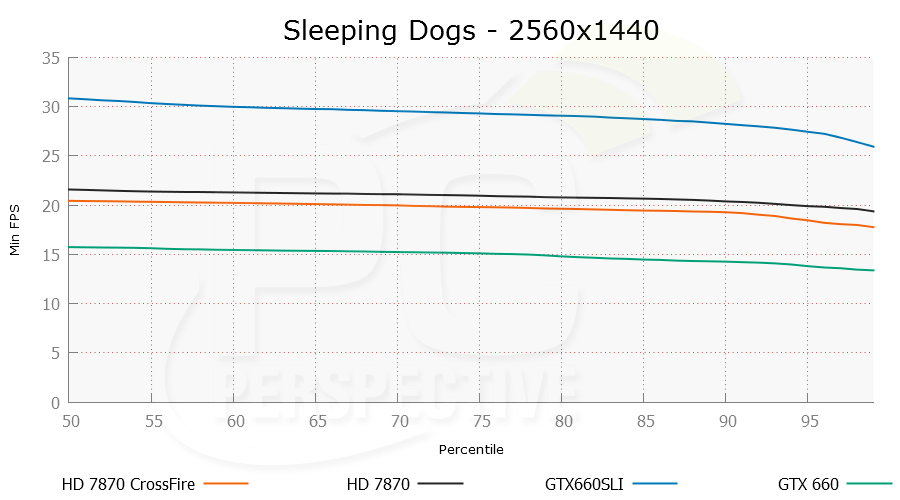 Other than the fact that the CrossFire results are lower than the single card throughout, all three cards perform pretty well with nearly-flat lines across the percentile metrics. 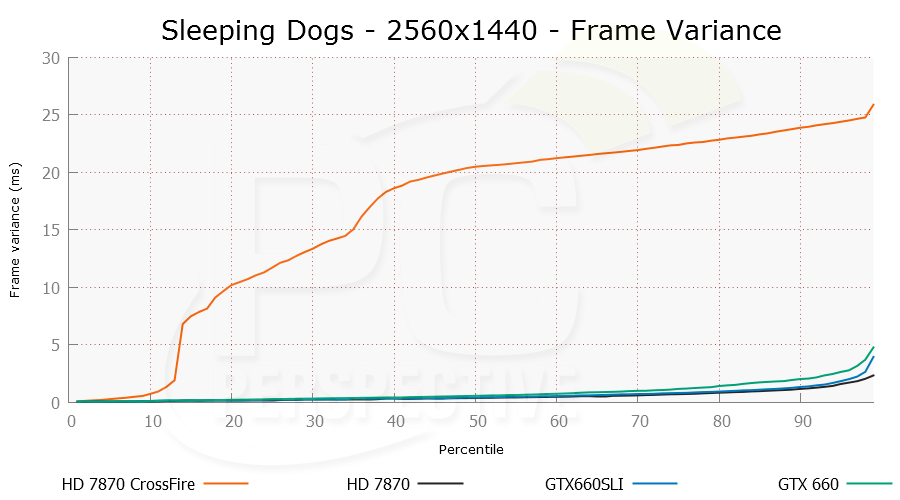 Frame time variances spike up pretty quickly after just the 10th percentile while the rest of the results are pretty clean. 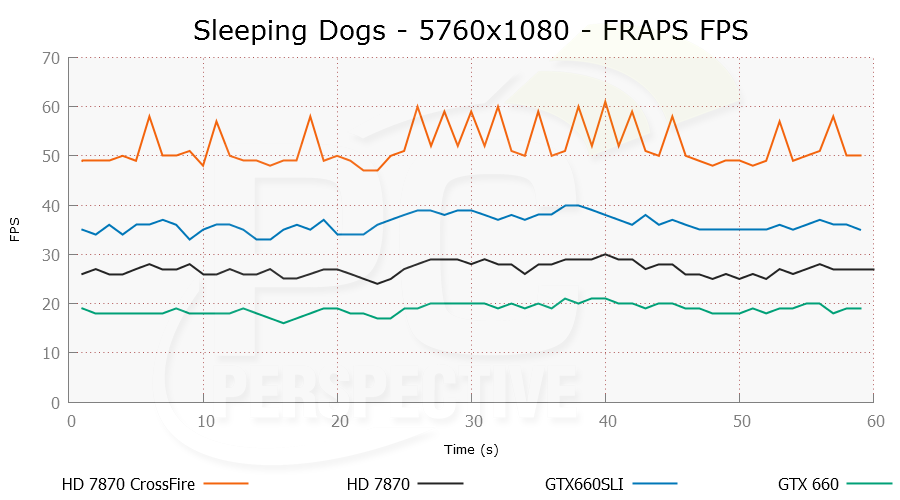 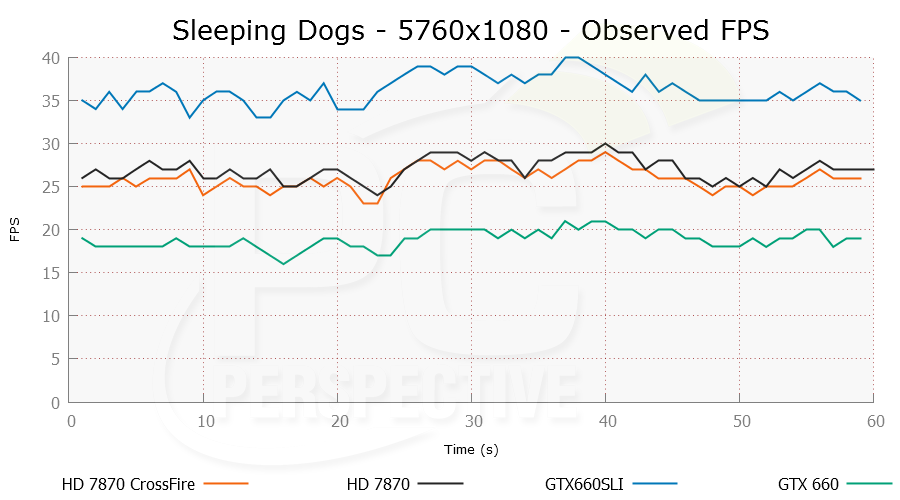 At 5760×1080 in Eyefinity mode, the HD 7870s in CrossFire are dropping a lot of frames, not just presenting runts, and because of that we see the frame rate again drop dramatically. 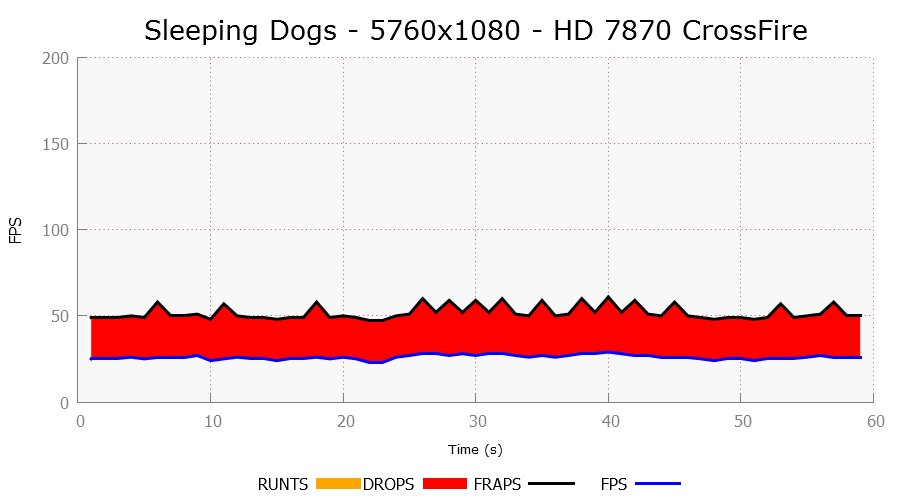 We see this quite often with AMD CrossFire + Eyefinity configurations, rather than seeing runts you get drops instead. 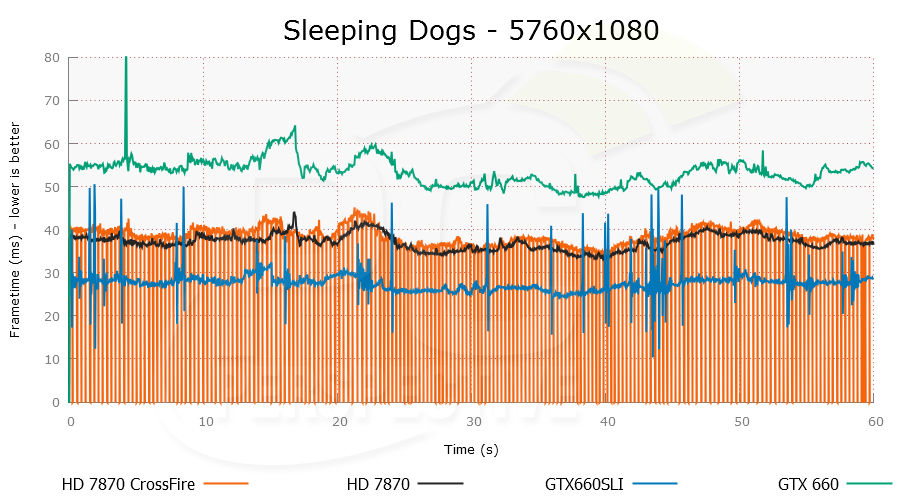 Another view of the frame time data shows more back and forth on the CrossFire result and only a handful of spikes on the SLI data.  Both single cards have nice thin frame time plots though the GTX 660 is clearly slower than (higher frame times) than the single HD 7870. 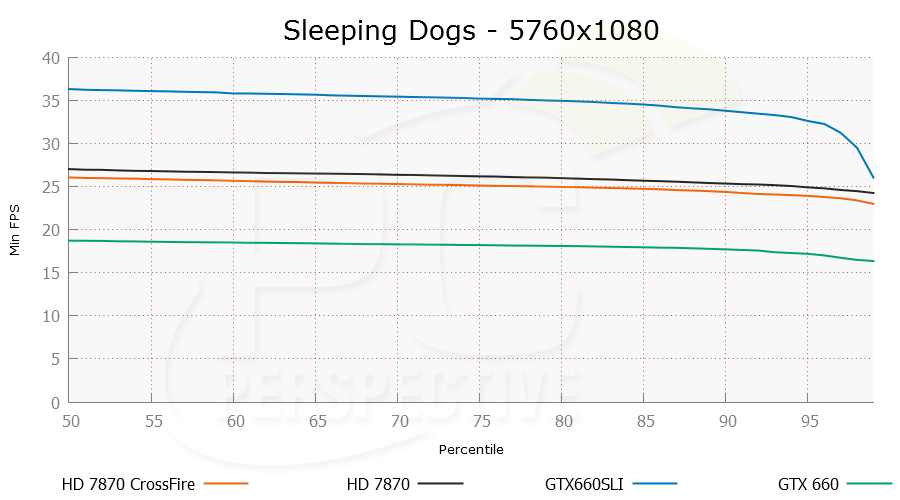 The SLI minimum FPS results show a slightly poor drop off at the tail end of the results thanks to the hitches and spikes we saw in the frame times above, but for 5760×1080 this is good. 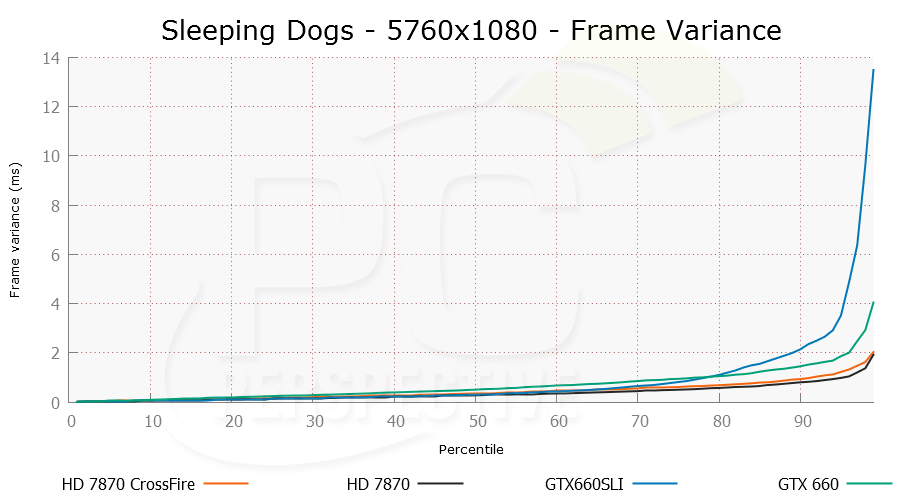 Without a doubt the frame time variance of the SLI GTX 660s is the most dramatic but you need to remember how many frames we dropped on the HD 7870s in CrossFire.