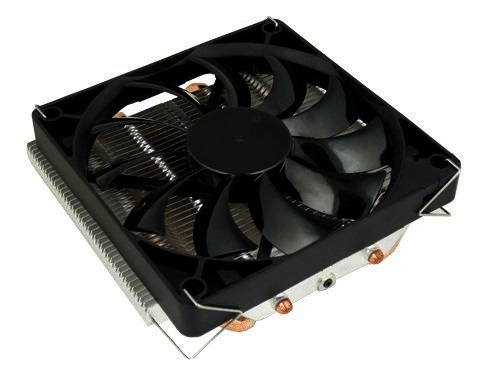 The low profile cooler measures 131 x 123 x 59mm including the fan and weighs 352g. The SlimHero cooler features four copper heatpipes connecting a copper block to a horizontal aluminum fin array. A 120mm fan is then mounted on top of the heatsink to push cool air over the fins and VRM area surrounding the processor. It is rated to cool processors up to 136 TDPs and is compatible with all of Intel and AMD's latest consumer sockets. On the AMD side, the cooler can be mounted in one of four directions on AM2, AM2, AM3, AM3+, FM1, and FM2.Further, it is compatible with Intel's LGA 775, 1156, 1366, and 1155 sockets.

The new cooler is designed to work with small form factor systems without getting in the way of RAM or VRM heat-spreaders. It comes with a 5 year warranty and is available now for an MSRP of $32 USD (25 EUR). 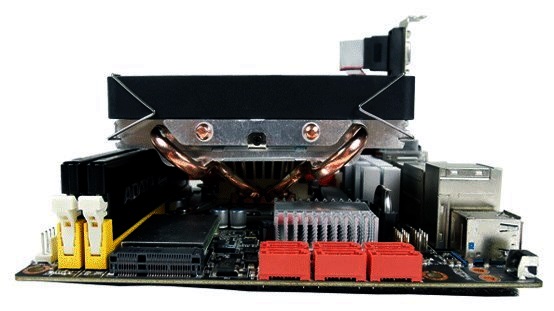 Additional information on GELID's new SlimHero cooler can be found in the full press release (PDF) as well as the SlimHero product page.