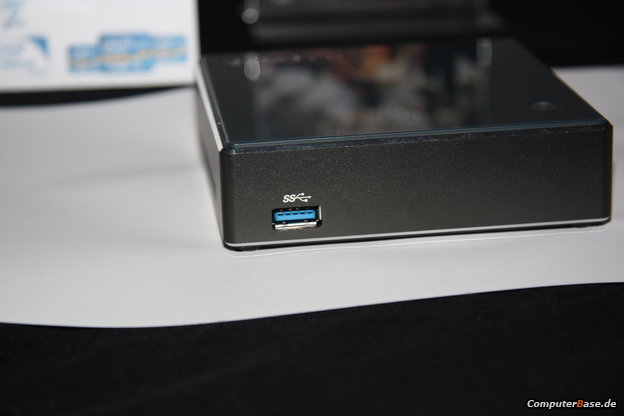 The WindForce 450W GPU cooler was not the only piece of hardware Gigabyte showed off at its New Idea Tech Tour event in Berlin, Germany. The company also detailed a new small form factor PC called BRIX. The Gigabyte BRIX computer is set to compete with Zotac's Nano and Intel's Next Unit of Computing (NUC) PCs. There is no word on pricing or availability, but GIgabyte did delve into specifications of the tiny desktop PCs.

Computerbase.de was on hand at the New Idea event in Berlin.

The Gigabyte BRIX PC is similar to Intel's NUC with a small motherboard, Intel CPU, mSATA connector for storage, Mini PCI-E slot for a Wi-Fi card, and a small case. The BRIX system is slightly smaller than both the NUC and Zotac's Nano systems, though the BRIX motherboard itself is a bit larger than the NUC's. The BRIX motherboard measures 100 x 105mm and the case with internals measures 114.8 x 108 x 29.5mm and weighs 404 grams. 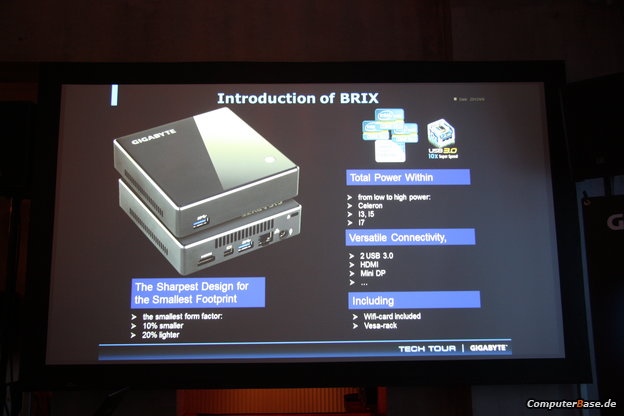 Internal specifications on the BRIX include an Intel ultrabook-class processor with sub-17W TDPs, two SO-DIMM slots (a maximum of 16GB at 1600MHz), one mSATA port, and one Mini PCI-E slot. The BRIX further comes with a Wi-Fi card and VESA mount. Processor options include:

The top-end Core i7-3537U gives you a dual core processor with hyper-threading clocked at 2GHz and 3.1GHz max turbo and 4MB cache. Pretty impressive for such a tiny PC!
The Gigabyte BRIX features a single USB 3.0 port on the front of the glossy black case. Rear IO includes an additional USB 3.0 port, one HDMI port, one DisplayPort video output, and a single Gigabit LAN port.

The Gigabyte BRIX looks to be a decent system that will give Zotac and Intel some needed small form factor competition. Here's hoping Gigabyte will allow custom cases, as I would love to see a passively-cooled option!

Computerbase.de has further details on the Gigabyte BRIX PC as well as a gallery of photos from the event. 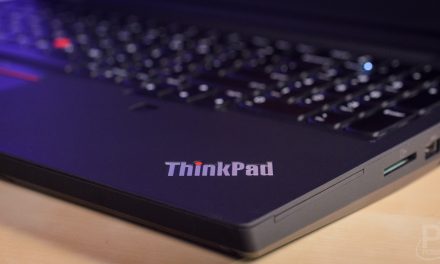 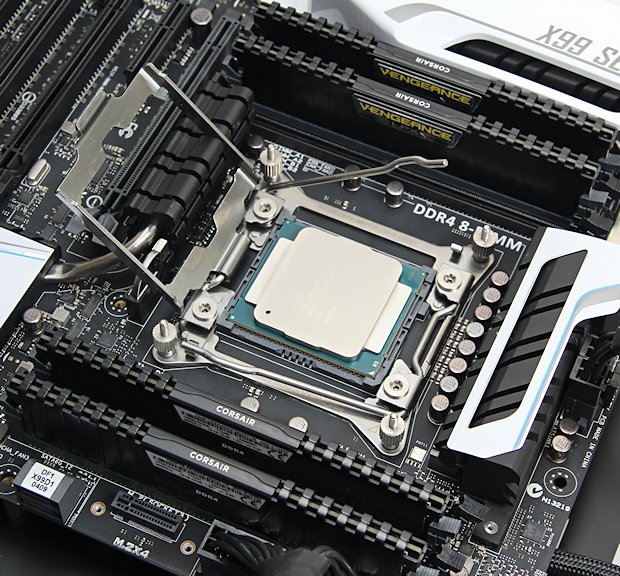