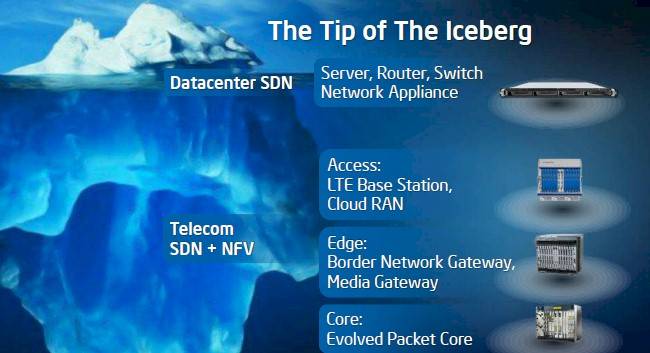 Vint Cerf has been talking about the current topic on the minds of many network admins, software defined networking, sometimes referred to as smart networks.  While his original design was great at providing much cheaper connectivity than telcos, with the entire network being effectively dumb and not requiring any expensive routing equipment during transfer, that benefit is no longer as compelling as it used to be.  Moving from a model of only having routing equipment at the very edge of your network to placing equipment en route can offer advantages to security, speed and reliability.  He is quick to bring up a topic that is near and dear to anyone working in infrastructure; no matter how smart the equipment is, if there are no established standards which can operate between vendors and protocols then we will be worse off than we are now.

One company that has the power to bring SDN to the market and do so with enough backing to create standards and enforce them is Intel.  They are also at the Open Network Summit and are presenting their plans for SDN, virtual switches and even physical hardware.  Over at The Register you can see some of the slides that they presented along with information on new chipsets and ASICs that have been developed by Intel for use in a variety of networking applications.

"As you get to the point where you want to have something big happen, spend some time working on getting agreement on standards,” Cerf is quoted as saying. Standards encourage innovation because everyone can work to the standard, as “happened in the creation of the Internet—and these standards often create a certain amount of stability.

“Stability is your friend in networking environments. If you can’t rely on some stable point in the architecture, you’ll have some trouble in making things work reliably."

A sneek peek at AMDs roadmap