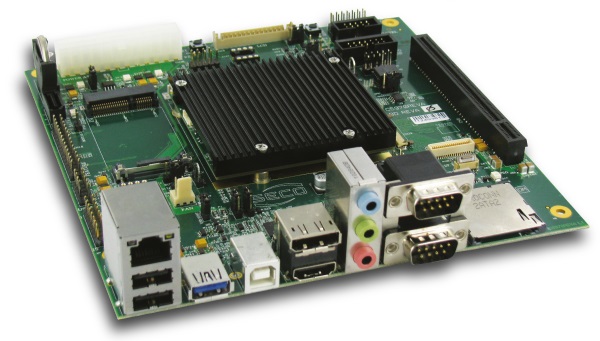 Last month, NVIDIA revealed its Kayla development platform that combines a quad core Tegra System on a Chip (SoC) with a NVIDIA Kepler GPU. Kayla will out later this year, but that has not stopped other board makers from putting together their own solutions. One such solution that began shipping earlier this week is the mITX GPU Devkit from SECO.

The new mITX GPU Devkit is a hardware platform for developers to program CUDA applications for mobile devices, desktops, workstations, and HPC servers. It combines a NVIDIA Tegra 3 processor, 2GB of RAM, and 4GB of internal storage (eMMC) on a Qseven module with a Mini-ITX form factor motherboard. Developers can then plug their own CUDA-capable graphics card into the single PCI-E 2.0 x16 slot (which actually runs at x4 speeds). Additional storage can be added via an internal SATA connection, and cameras can be hooked up using the CIC headers.

The SECO platform is a proving to be popular for GPGPU in the server space, especially with systems like Pedraforca. The intention of using these types of platforms in servers is to save power by using a low power ARM chip for inter-node communication and basic tasks while the real computing is done solely on the graphics cards. With Intel’s upcoming Haswell-based Xeon chips getting down to 13W TPDs though, systems like this are going to be more difficult to justify. SECO is mostly positioning this platform as a development board, however. One use in that respect is to begin optimizing GPU-accelerated code for mobile devices. With future Tegra chips to get CUDA-compatible graphics cards, new software development and optimization of existing GPGPU code for smartphones and tablet will be increasingly important. 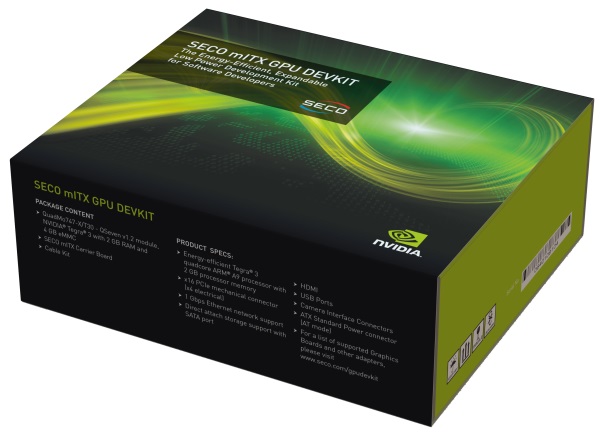 Either way, the SECO mITX GPU Devkit is available now for 349 EUR or approximately $360 (in both cases, before any taxes). 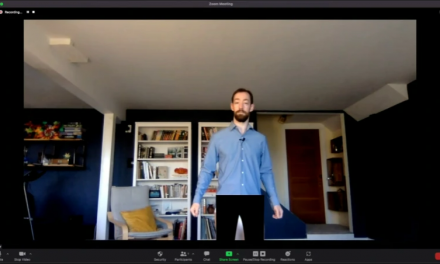