This just in!  We have a 4K TV in the PC Perspective Offices!

While we are still working on the ability to test graphics card performance at this resolution with our Frame Rating capture system, we decided to do a live stream earlier today as we unboxed, almost dropped and then eventually configured our new 4K TV. 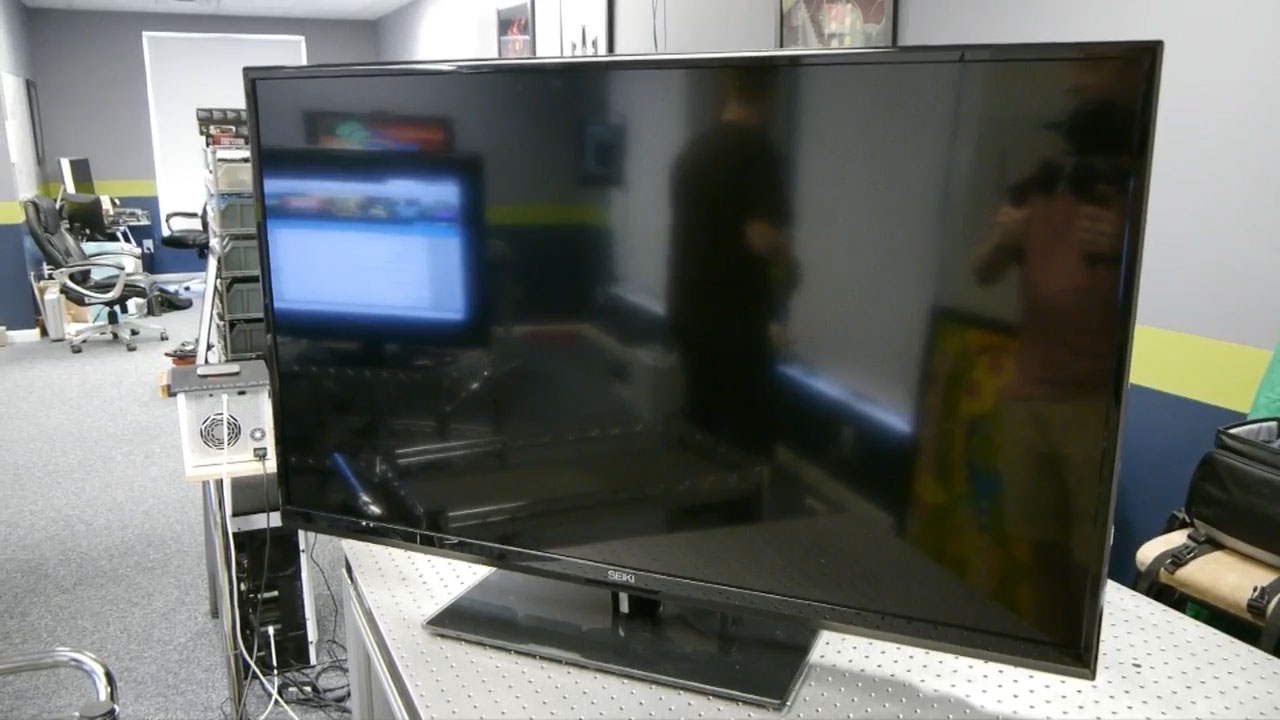 The TV itself is pretty unassuming and other than looking for the 4K label on the box you'd be hard pressed to discern it from other displays.  It DID come with a blue, braided UHD-ready HDMI cable, so there's that. 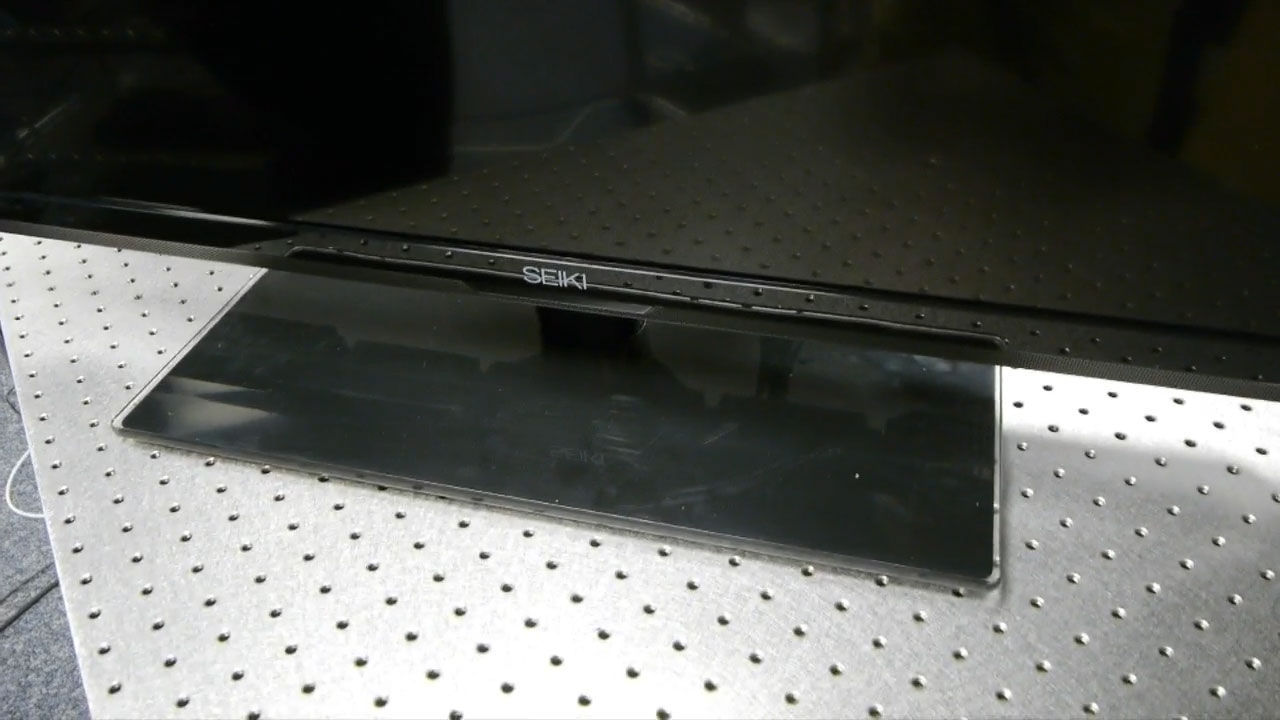 One point worth noting is that the stand on the TV is pretty flimsy; there was definitely wobble after installation and setup. 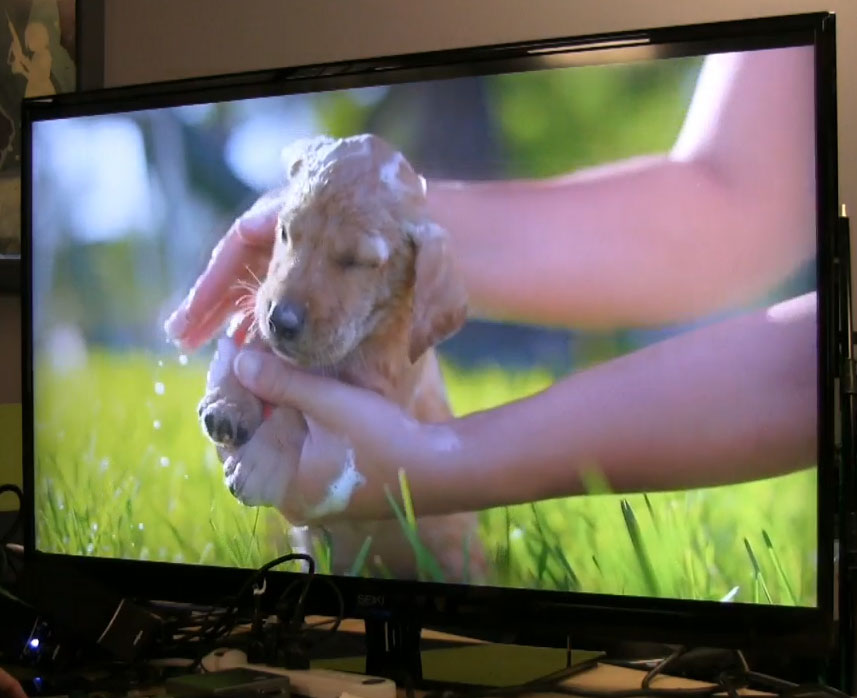 Connecting the TV to our test system was pretty easy – only a single HDMI cable was required and the GeForce GTX 680s in SLI we happened to have on our test bed recognized it as a 3840×2160 capable display.  Keep in mind that you are limited to a refresh rate of 30 Hz though due to current limitations of HDMI 1.4.  The desktop was clear and sharper and if you like screen real estate…this has it.

The first thing we wanted to try was some 4K video playback and we tried YouTube videos, some downloaded clips we found scattered across the Internet and a couple of specific examples I had been saving.  Isn't that puppy cute?  It was by far the best picture I had seen on a TV that close up – no other way to say it.

We did have issues with video playback in some cases due to high bit rates.  In one case we had a YUV uncompressed file that was hitting our SSD so hard on read speeds that we saw choppiness.  H.265 save us! 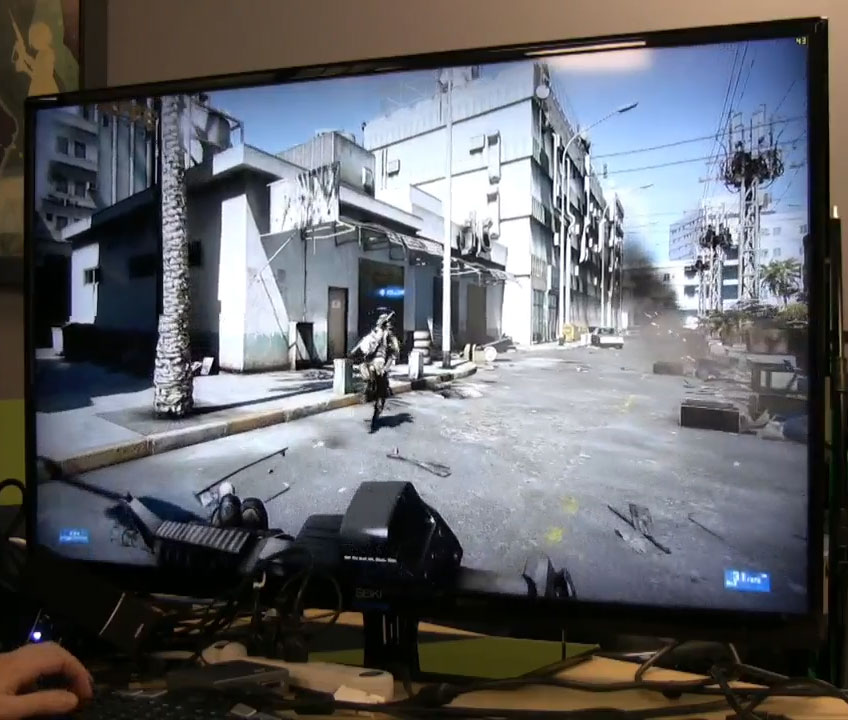 And of course we demoed some games as well – Battlefield 3, Crysis 3, Skyrim and Tomb Raider.  Each was able to run at 3840×2160 without any complaints or INI hacks.  They all looked BEAUTIFUL when in a still position but we did notice some flickering on the TV that might be the result of the 120 Hz interpolation and possibly the "dynamic luminance control" feature that SEIKI has.

We'll definitely test some more on this in the coming days to see if we can find a solution as I know many PC gamers are going to be excited about the possibility of using this as a gaming display!  We are working on a collection of benchmarks on some of the higher end graphics solutions like the GeForce TITAN, GTX 680s, HD 7990 and HD 7970s!