Kabini is a pretty nifty little chip.  So nifty, AMD is actually producing server grade units for the growing micro-server market.  As readers may or may not remember, AMD bought up SeaMicro last year to get a better grip on the expanding micro-server market.  While there are no official announcements from SeaMicro about offerings utilizing the server-Kabini parts, we can expect there to be sooner as opposed to later.

The Kabini parts (Jaguar + GCN) will be branded Opteron X-series.  So far there are two announced products; one utilizes the onboard graphics portion while the other has the GCN based unit disabled.  The products have a selectable TDP that ranges from 9 watts to 22 watts.  This should allow the vendors to further tailor the chips to their individual solutions.

These chips are also very thrifty.  The X1150 is $64 in 1000 piece batches while the X2150 is $99.  Considering the price, performance, and power consumption, these parts are well matched to the prices they are being offered at.  They are BGA based products, so there are no sockets to deal with.  The downside is of course the inability to upgrade and swap out chips.

The X2150 is fully functional in that it includes the full 128 Radeon cores as well as the fixed function video encode unit and video decode unit (VCE and UVD).  Kabini is not fully HSA enabled, as it does not feature the shared memory address space with both the CPU and GPU portions.  It does have some HSA features, so there is better communication between the CPU and GPU portions of the chip.  AMD is hoping to improve the HSA ecosystem so that these particular chips will be available for a larger selection of workloads that can leverage the massively parallel processing of the GCN architecture.

The chips feature ECC memory support with a single channel DDR-3 unit capable of 1600 MHz speeds.  The L2 cache is also ECC.  The memory controller can address up to 32 GB of memory off of two modules.  Kabini has very good IPC for a low power oriented chip.  It is using the 28 nm HKMG process from TSMC and packs a pretty good punch for being a 22 watt TDP max part. 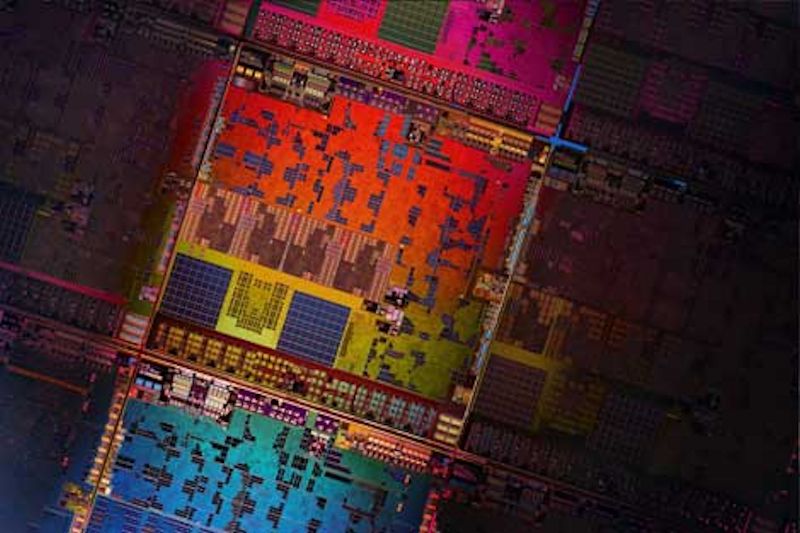 The one area where this chip really sets itself apart from the competition from Intel is that it is a true SOC.  All of the southbridge functionality is on this one piece of silicon.  Multiple chips are not required to get this working in a system.  The southbridge portion has two SATA 2/3G ports, two USB 3.0, eight USB 2.0, eight PCI-E 2.0 lanes, and a pretty comprehensive video output unit featuring DisplayPort, HDMI, and VGA out.

The current competition for this space is the Intel S1200 chip ($64), which is based on the latest 32 nm Atom.  This particular product looks to include the PowerVR SGX 545 graphics portion, which is DX9_3 and OpenGL ES 2.0 compliant.  It is of very little use in GPGPU type applications.  It also requires a separate southbridge which adds a couple of watts to the mix.  At 2 GHz this dual core Atom part does have a very respectable TDP of around 8.5 watts.  Again we must take into account that it is a dual core, in-order processor with Hyperthreading enabled, plus it requires the aforementioned separate southbridge.  AMD easily outclasses this part with the X series in pure performance (native quad core, OOO, higher IPC) and stays very competitive in terms of price.

AMD is trying to get this out very quickly as Intel is working on the latest Silverton series of products for the low power segment.  This part will have much better performance as compared to previous Atom parts, and certain SKUs look to include the graphics portion from Ivy Bridge.  We still should not expect these Silverton based parts for another 5 to 6 months though.  This gives AMD a nice window of opportunity to get this part out and supported.

Speaking of support, it has already been announced that HP will be implementing the Opteron X-series in their Proliant Moonshot servers.  While AMD has not taken the market by storm, they have offered a very competent part that should address quite a few usage scenarios.  The latest drivers that AMD released for this product enable support for DirectX 11.1 (with DirectCompute) and OpenCL 1.2.

Be sure to read my Jaguar/Kabini/Temash architectural overview.