Today, ASUS introduces their Intel Z87-based motherboard lineup with board refreshes across all of their product lines: ASUS (mainstream), Republic of Gamers (ROG), The Ultimate Force (TUF), and Workstation (WS). With the exception of their TUF and ROG board lines, ASUS decided to introduce a new and improved color scheme for their boards – black and gold. The motherboard surfaces are black with gold colored heat sinks. While black and gold may not seem like the best match-up, don't judge the boards until you have seen them first hand – the black and gold go very well together. 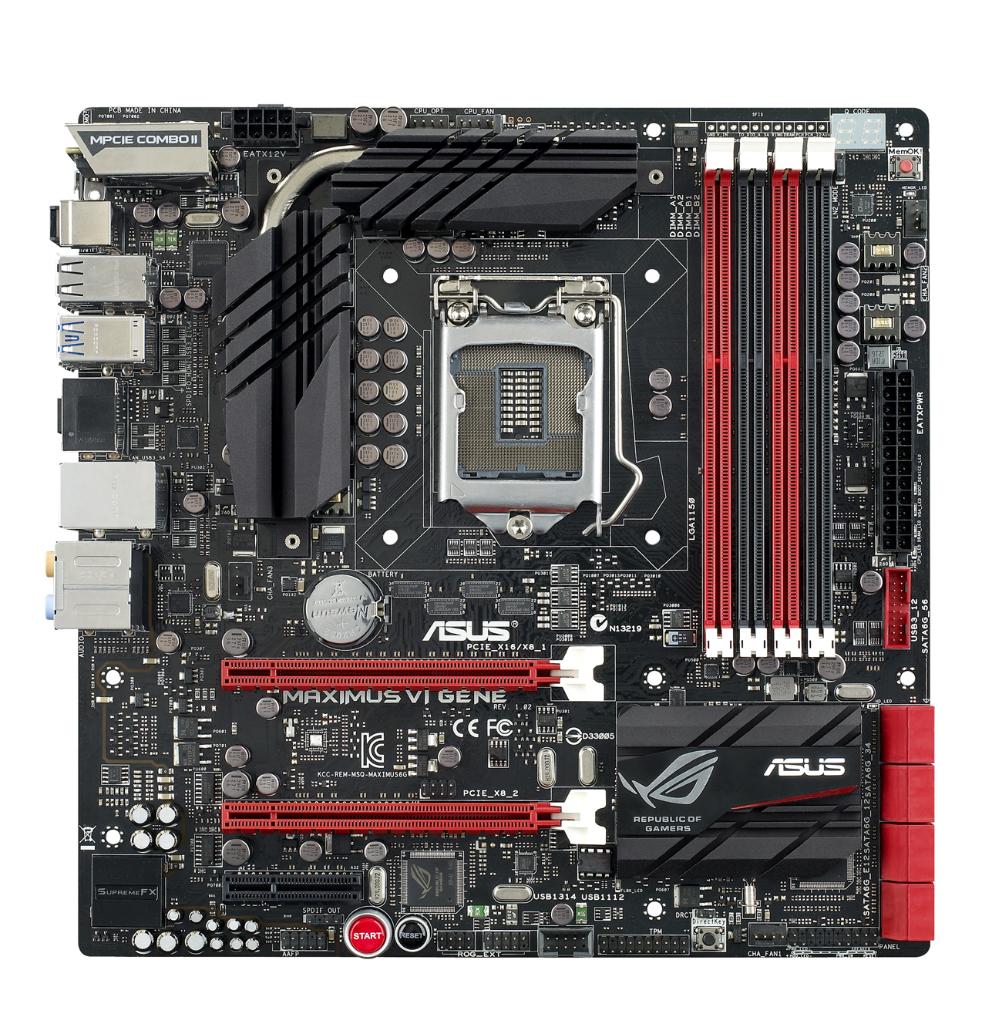 Their ROG line will include the Maximus VI Extreme, the Maximus VI Formula, the Maximus VI Gene, and the Maximus VI Hero. All ROG boards feature the standard red and black color scheme common to that brand. Additionally, ASUS includes SupremeFX audio standard with all ROG boards and their Sonic Radar on-screen overlay technology. Sonic Radar is an in-game overlay that can be used to accurately pinpoint game-based sound sources. For powering these boards, ASUS includes 60amp-rated blackwing chokes and NexFET MOSFETS with 90% power efficiency operation. Use of these power components was seen to reduce on-board temperatures in the ASUS labs by as much as 5 degrees Celcius. 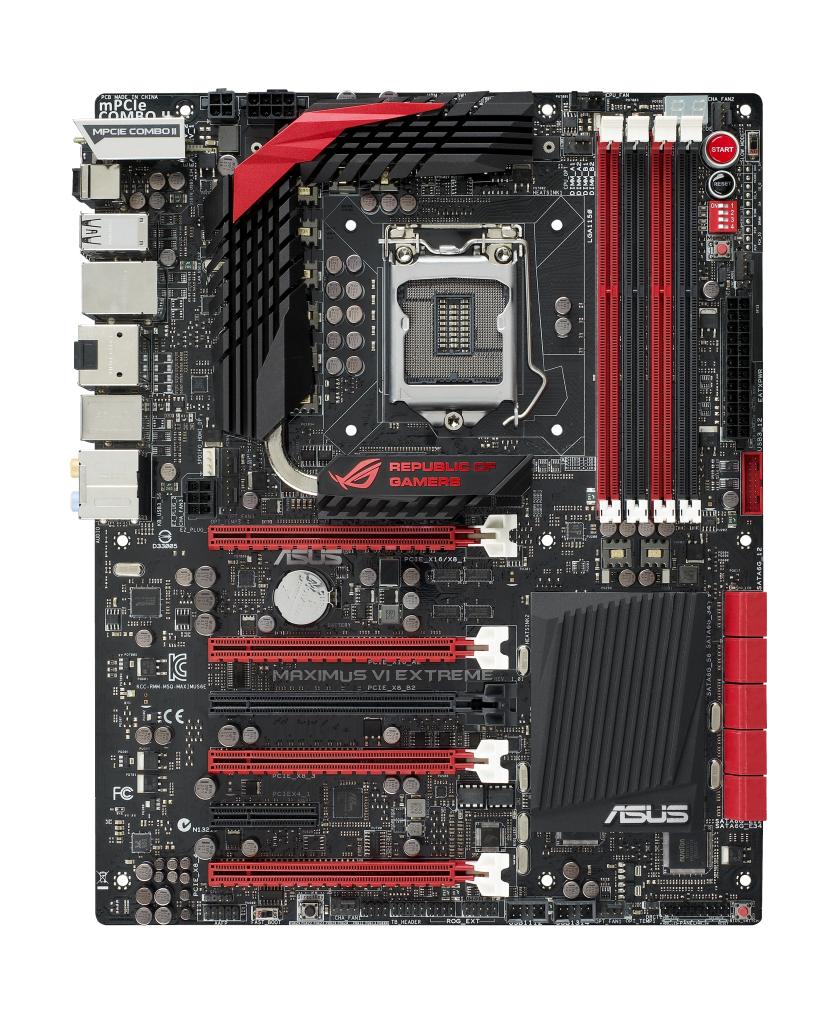 ASUS upped the ante even more with their Maximus VI Extreme board by including the ASUS OC Panel. This panel includes a display and can be mounted in a 5.25" drive bay or used externally for real time voltage and temperature monitoring as well as tweaking of various frequency and voltage BIOS settings. The ASUS OC Panel is supported on all ROG boards and will be available for after-market purchase for the non-Extreme boards. 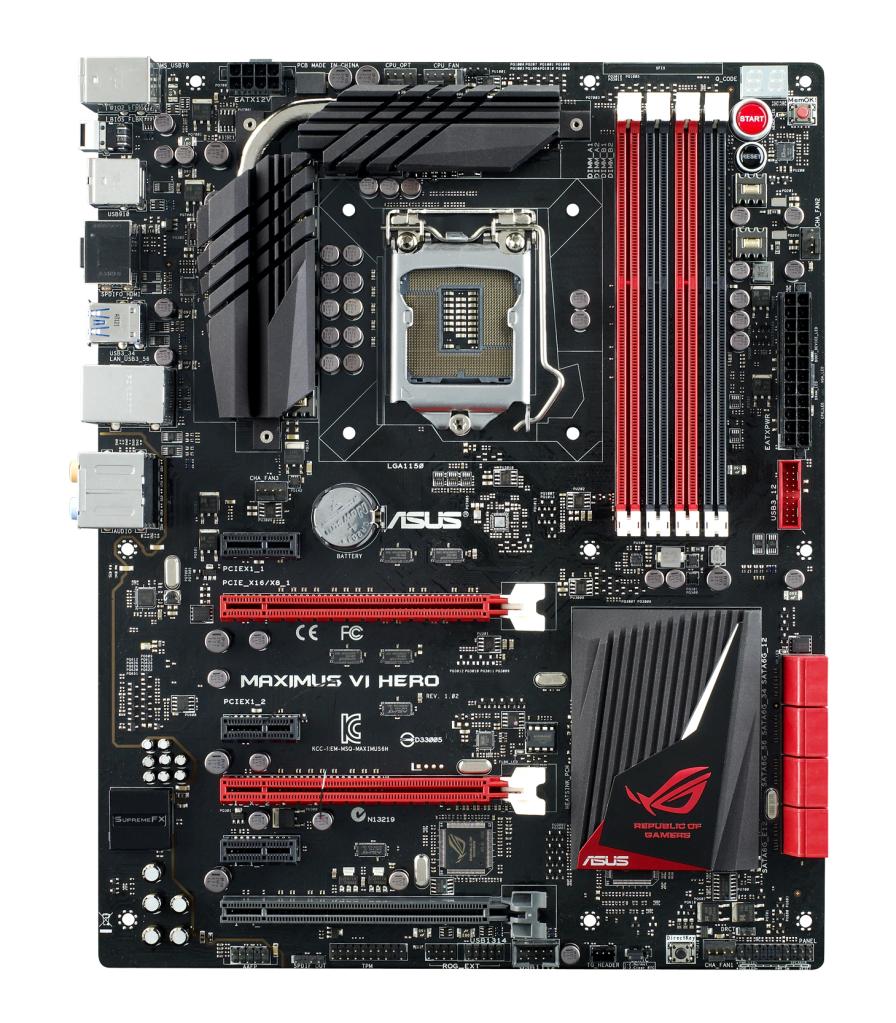 The Maximus VI Hero motherboard is the newest member of the ROG line, branded as a more affordable solution for the gamer. This board is marketed as a head-to-head competitor for MSI's MPOWER board. 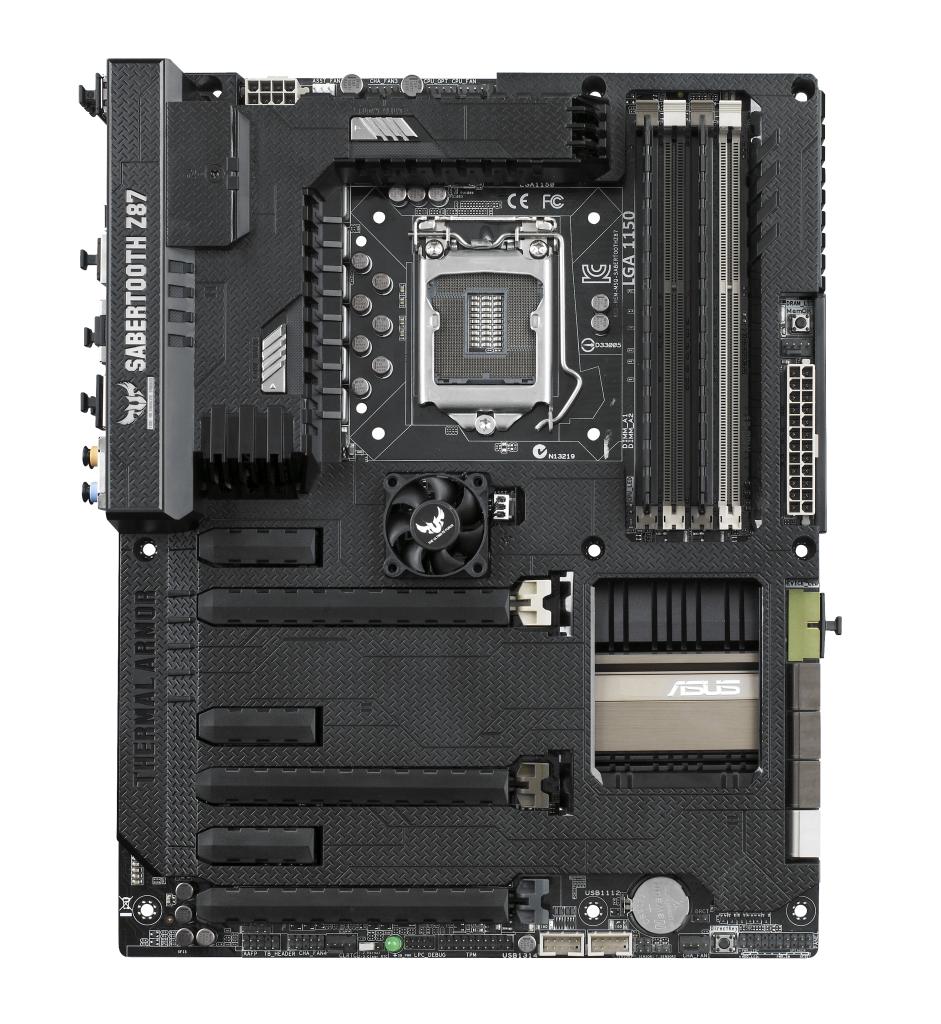 The ASUS TUF line includes two boards, the Sabertooth Z87 and the Gryphon Z87. The Gryphon is ASUS' micro-ATX introduction to this line, bringing the power and reliability of the TUF series to a smaller footprint. The Sabertooth ships standard with the full board ASUS Armor overlay as well as the Fortifier full-board backplate. Notice that ASUS does include a fan with Armor overlay, just to the left of the CPU socket. The Fortifier backplate offers increase support to minimize board bending-related stress. While the Gryphon board does not come standard with the ASUS Armor or Fortifier, ASUS does offer a Gryphon Armor Kit that can be purchase as an after-market add-on. 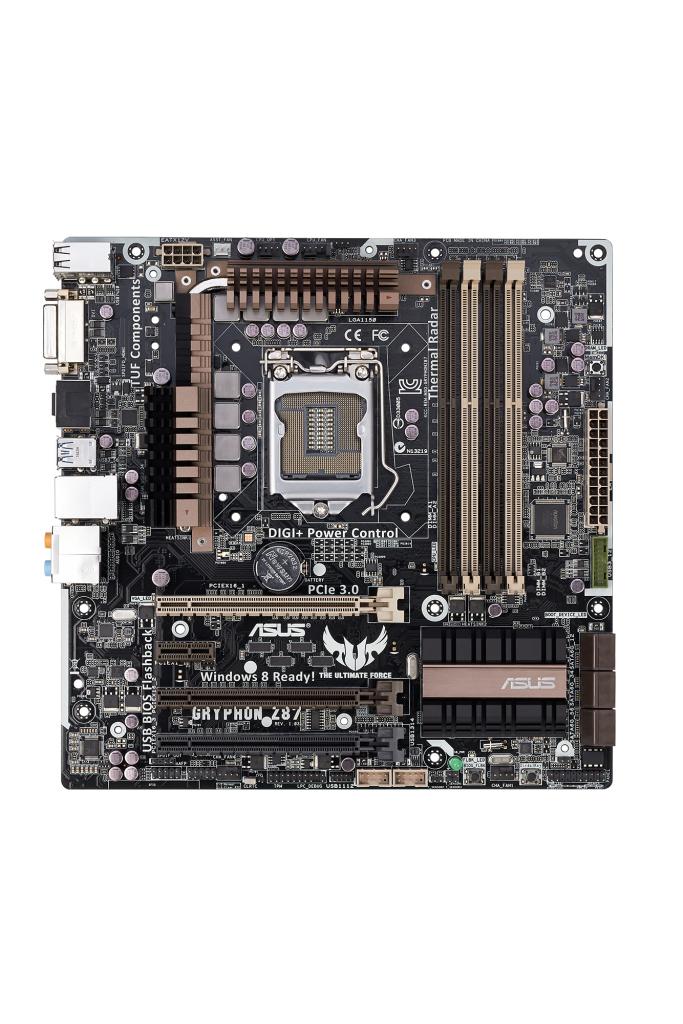 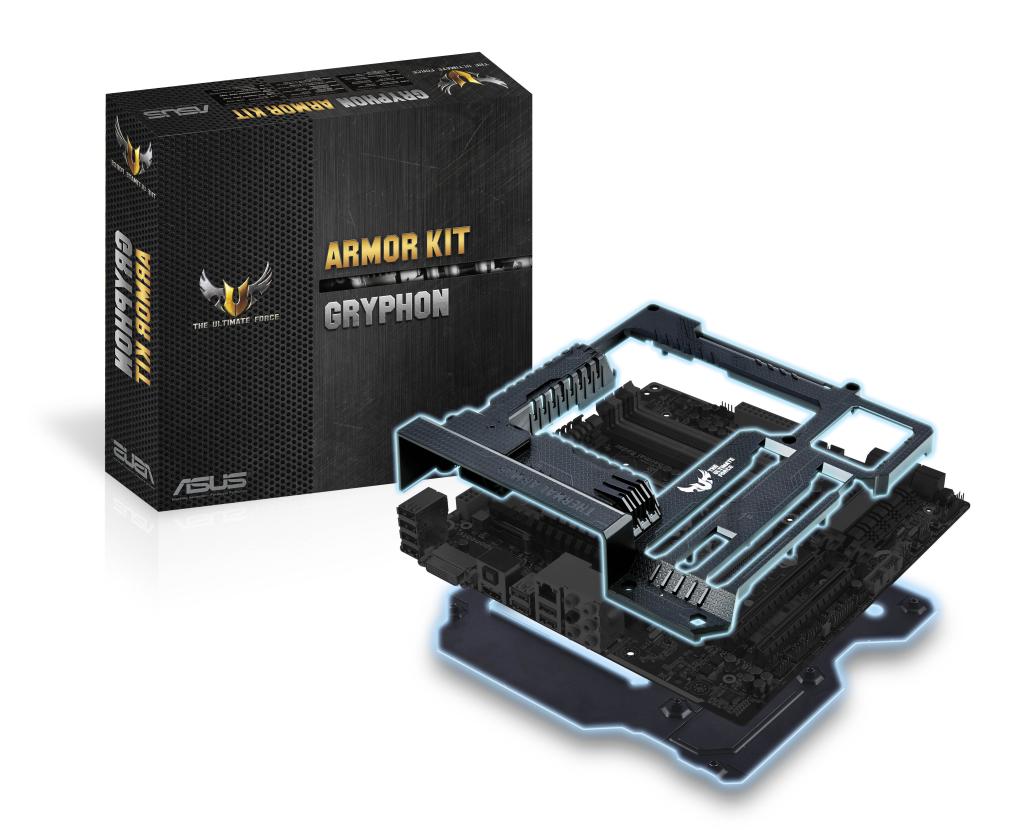